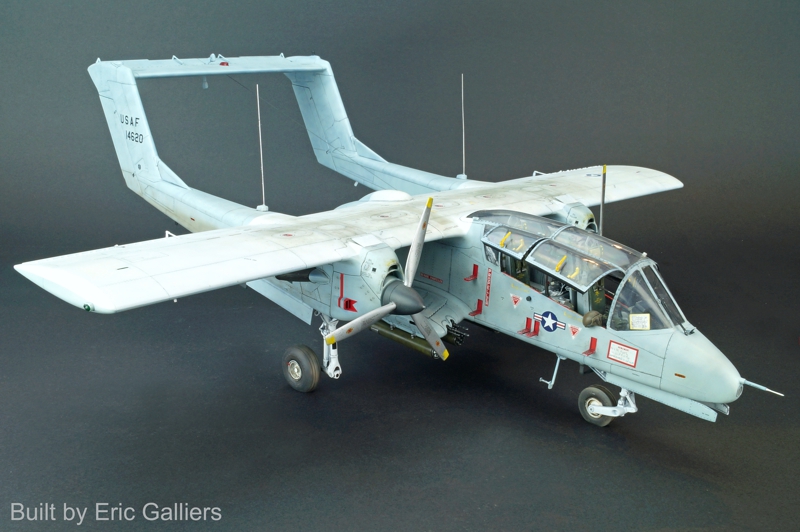 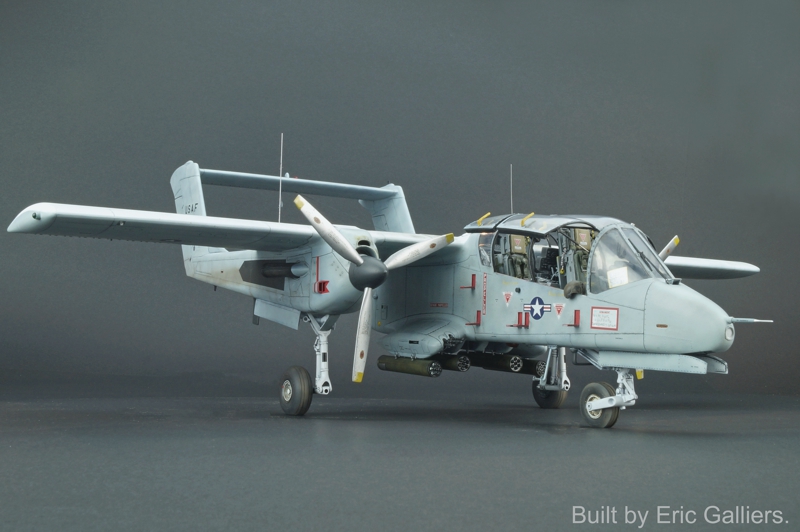 This model was built to represent the aircraft that Squadron Leader Graham Neil and Flight Lieutenant Ken Semmler flew during the Vietnam war on the 6 JUNE 1970. Both of these men were pilots in the Royal Australian Air Force and were part of the group of 36 that served as FACs under the USAF during the conflict. Graham was awarded a Distinguished Flying Cross for his conduct as a Forward Air Controller during this mission. 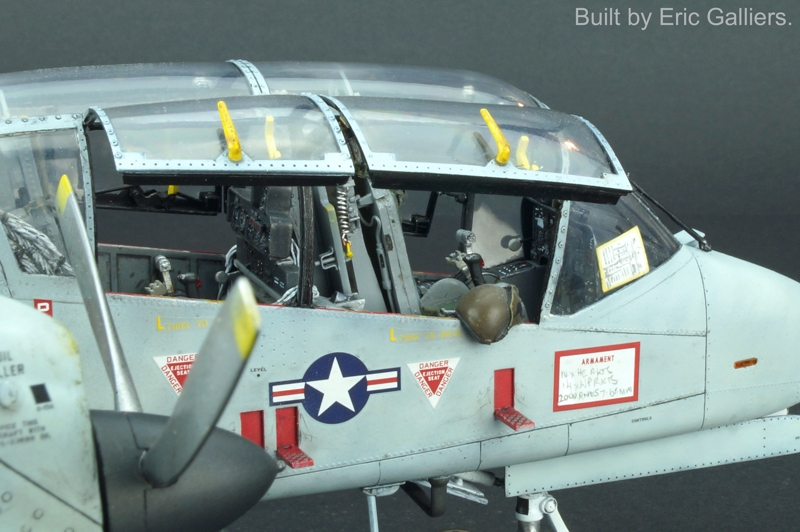 Aftermarket additions to the model: 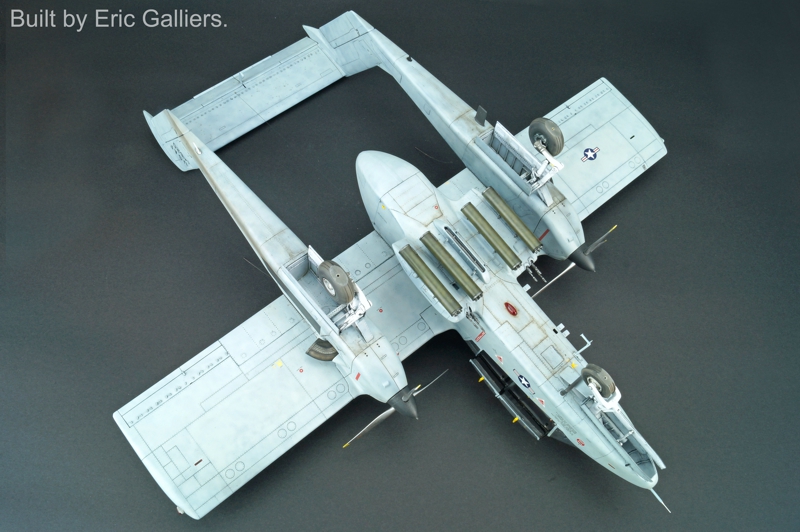 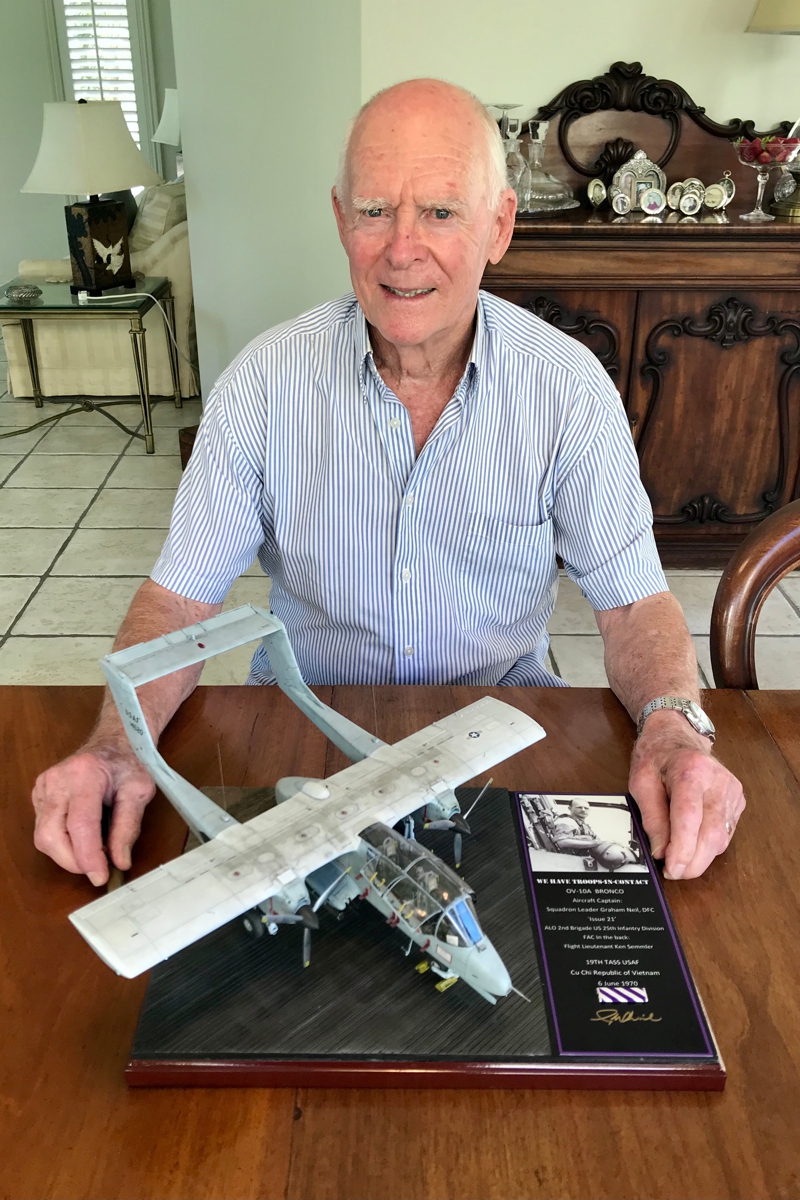 Recently I was finally able to present the completed model to the man that flew the real one, Graham Neil. I had lunch with him and his wife Ronni at their house in Noosa, Queensland, just up the road from me. Below are some pics of the special moment.

You can also see more about building this model in my thread in the Multi-Engine Group Build. 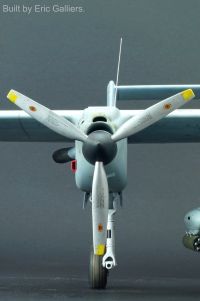 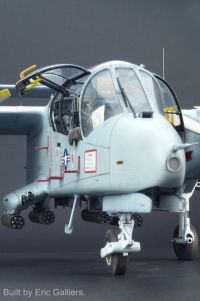