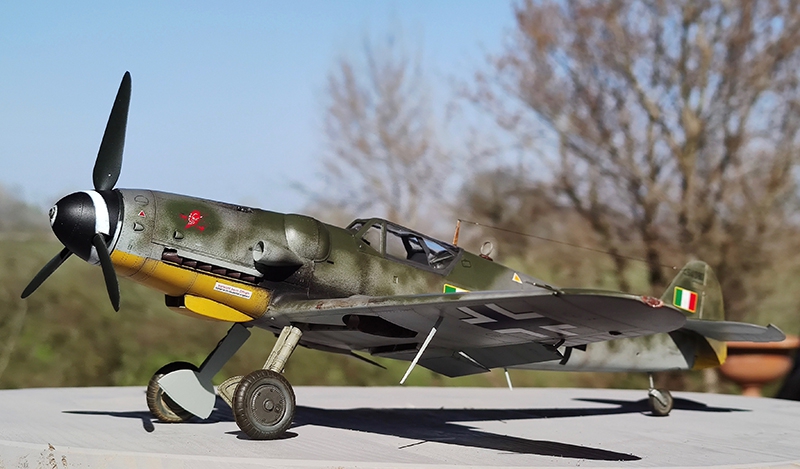 Known from only two rather blurred images, “Yellow 1” has been variously interpreted as having been finished in 81/82, 74/75 and 75/82, with its lower surfaces in 76 or even bare metal and with or without a yellow lower cowling. 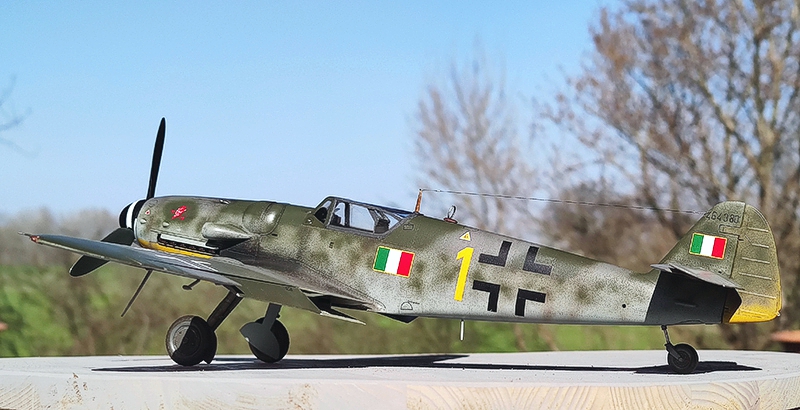 According to my sources, G-14s produced by Erla were generally finished in 75/82 upper surfaces with a high demarcation line, 76 lower surfaces and with 04 yellow lower cowlings and rudders until the end of the war, so that’s the livery I chose.

To my eyes the tall rudder shows a distinct overpainting rather than a factory finish, so rather than going with the commonly accepted version (81/83) I chose to finish it in factory 04 yellow and then lightly overspray it with 75 and 82. 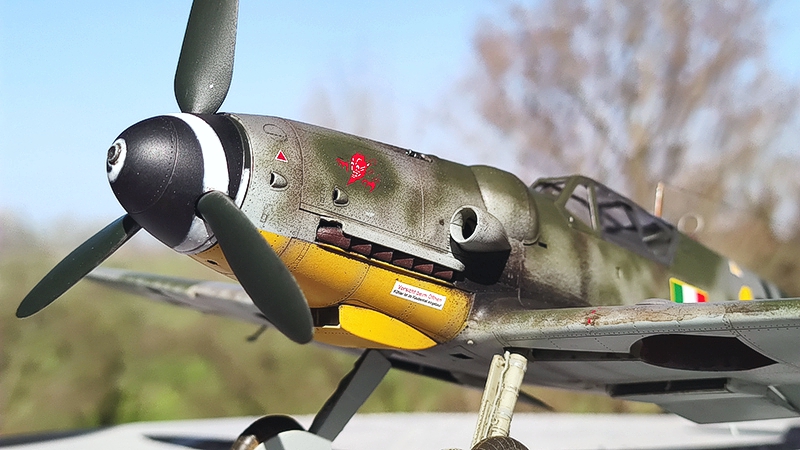 Further modifications include field-applied patches of Verde Oliva Scuro under the “Diavoli Rossi” nose insignia (added to cover the badge of the German unit from which the war-weary G-14 was probably handed down to the Italians) which also was used to obliterate the swastika on the tail fin, and a random, light Verde Oliva Scuro overspray on the fuselage.

To bring the G-6 to G-14 standards I added/filled the relevant hatches, moved the location of the larger circular oil filler hatch on the nose, added the raised battery cover behind the pilot’s headrest and finally scratchbuilt the Morane antenna under the port wing and added the longer tailwheel. 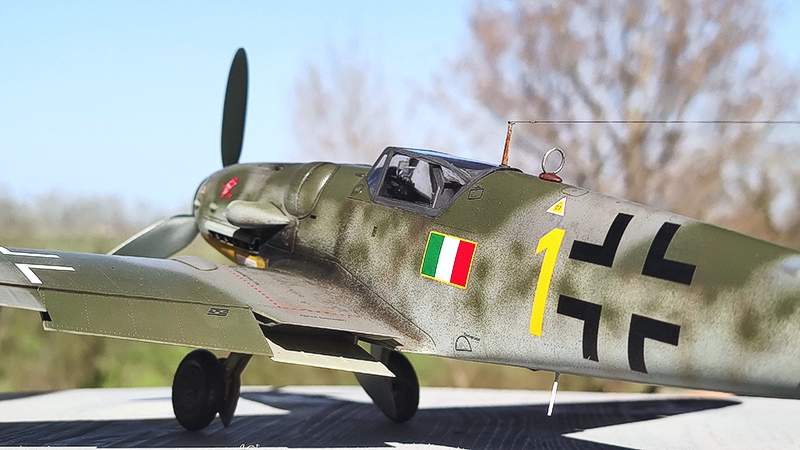 Major Bellagambi’s mount markings are not available in this scale, so I had to use some in 1/32, but the difference isn’t really noticeable. “Yellow 1” was adorned with ANR Italian flags on the fuselage sides and the tail fin, and (quite unique for a Bf109) black – rather than white - German crosses on the fuselage sides. Upper wing fasces were probably not applied at this stage of the war. I do realize there are some minor errors in the finished model – the Italian tricolor flag on the left side of the fuselage should have a notched yellow border towards the nose of the aircraft – but all considered I am quite happy with the final result. 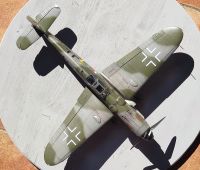