I worked on this A-6 basically at the same time as I was doing the A-5/U12 I posted in the Forum. However, since I used the A-5 to test out a variety of new paints, this build was going to take it to the next level. As I had mentioned before, the A-5 was (hopefully) the last build I ever did with my old Paasche H single action airbrush. It was during the construction of these two kits that I decided I was going to take the plunge and get a new airbrush that would take me closer to the direction I want to be heading. Being that the camouflage scheme of this A-6 is a bit more complex, it was the also the perfect test bed for a new airbrush. I looked at the Iwata Eclipse brushes at the local Hobby Lobby and did a bunch of research and review reading before I reached the decision to go with the Harder and Steenbeck Infinity CR Plus with the .15mm and .4mm nozzle/needle combo. 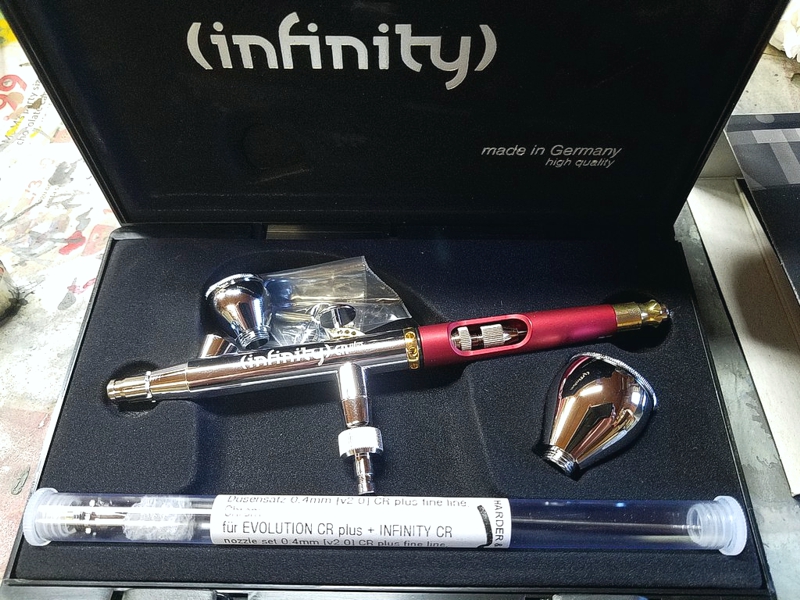 Now, for the plane: 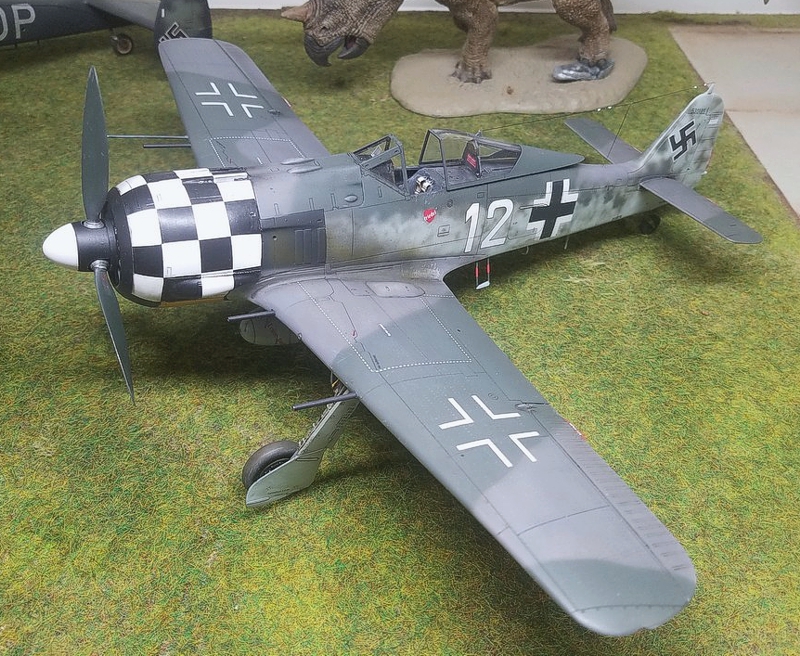 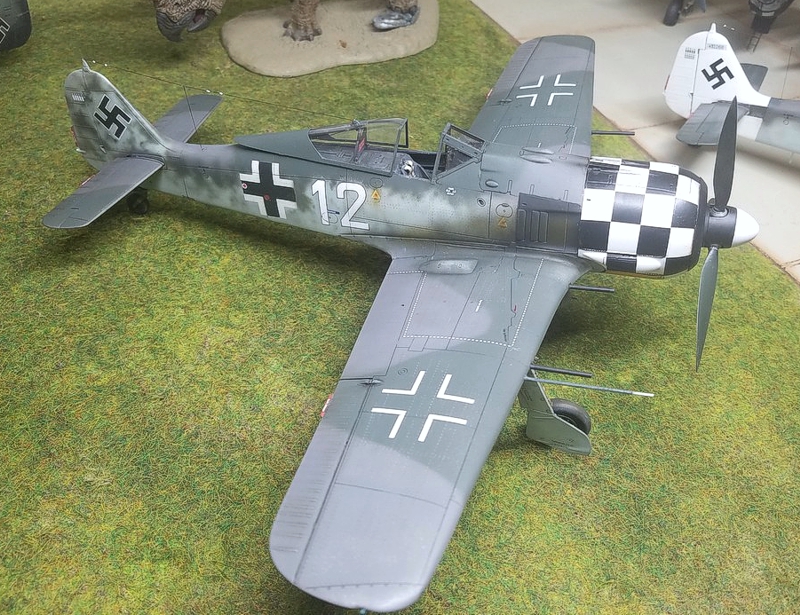 The main scheme of RLM 74/75/76 was all MRP paint and was given a coat of flat lacquer after weathering with oils. I did add a light mottle of RLM 76 using AK Interactive's Real Colors RLM 76 Version 2 over the MRP 76, as it is the lightest of all the 76’s I have, and it helped give more depth to the color. I also used MRPs white mixed with the 74/75 and used a similar technique to give a little more contrast in spots. I was very subtle about it, but it helps. Next time I may get a little more adventurous, but I am still learning with the new paints and airbrush, so I am happy with how it turned out. 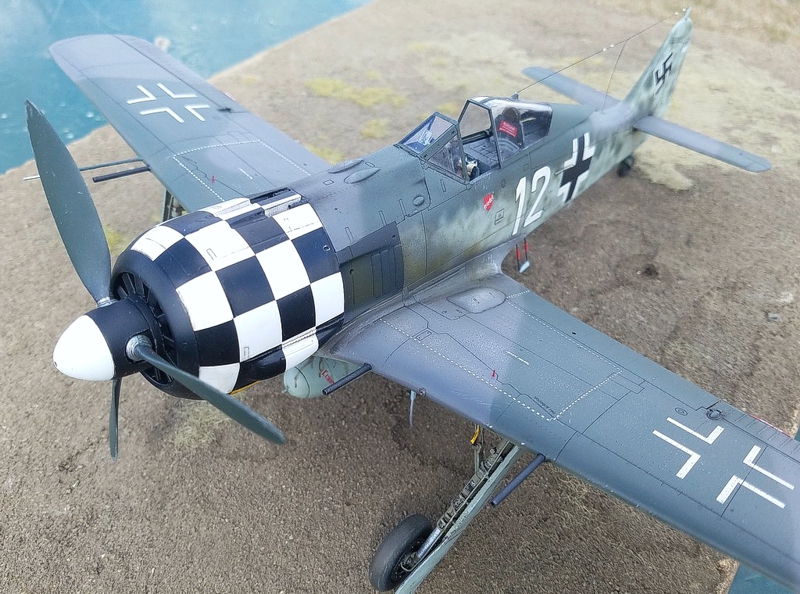 Prop blades were originally done with Model Master enamel mix of their RLM 70 Schwartz Grun and Flat Black. I came back and added a light spray of Tamiya Black Green later. 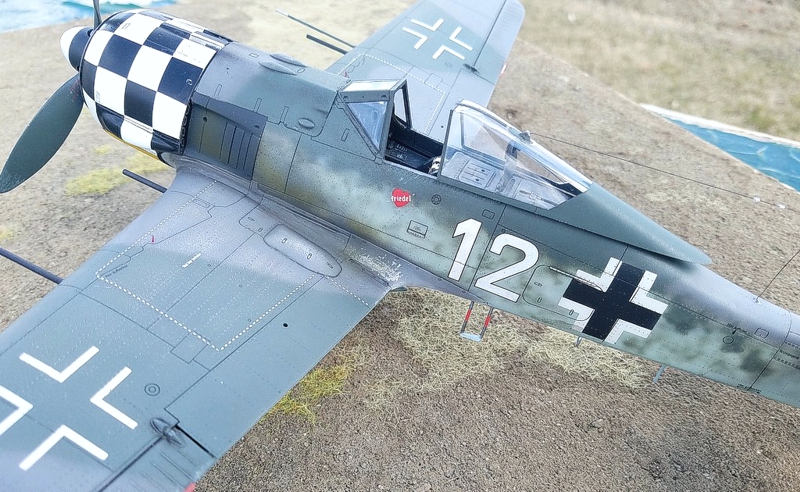 The crosses/swastika were all painted with Gunze Gloss Off White and Tamiya Rubber Black. Tires were built up in various stages with the rubber black and Tamiya Red Brown 2 (and I know there was a light mist of Model Master Italian sand thrown in there at some point as well). The exhaust stains were also done with very thin layers of rubber black and Red Brown 2.

Cockpit was done in a mix of Model Master RLM 66 and black, but the headrest assembly was done later, after I had received MRP's 66, which is much closer to the real thing and probably what I will run with from now on.

There are plenty of things I would do differently in this build if I were to do it over (and some mistakes that the photos just revealed! LOL). However, I am very happy with how it turned out. In fact, it is probably my new favorite 190 model! 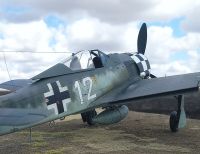 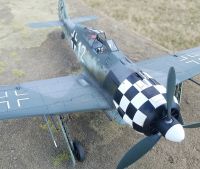 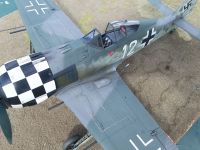