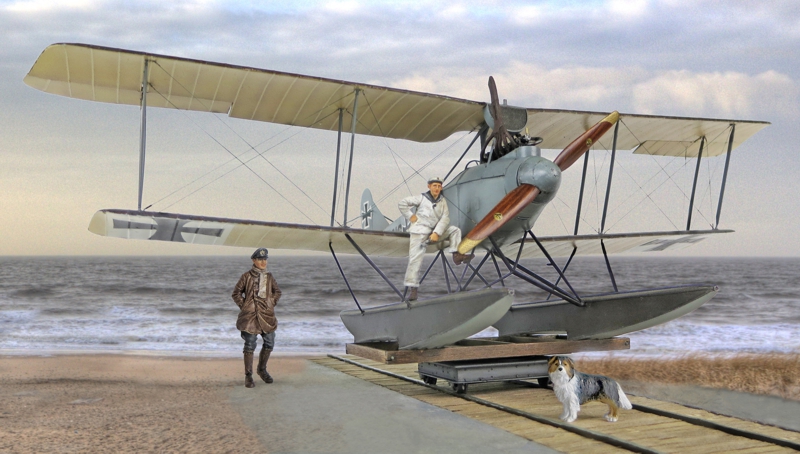 Born out of a requirement of the Kaiserliche Marine (Imperial Navy) for a seaplane fighter, the Rumpler 6B was, like its contemporaries, the Albatros W.4 and Hansa-Brandenburg KDW, an adaptation of an existing land-plane design. In Rumpler’s case the new floatplane fighter was based on the company’s two-seat C.I reconnaissance aircraft. The modifications included adding a forward stagger to the wings, removal of the second (observer’s) cockpit, and fitting a larger rudder to offset the increased side area caused by the addition of floats. In the production aircraft, the area of the horizontal tail surfaces was also slightly reduced. The armament consisted of a fixed, forward-firing 7.92 mm (.312 in) LMG 08/15 ‘Spandau’ machine gun mounted on port side of the engine block. 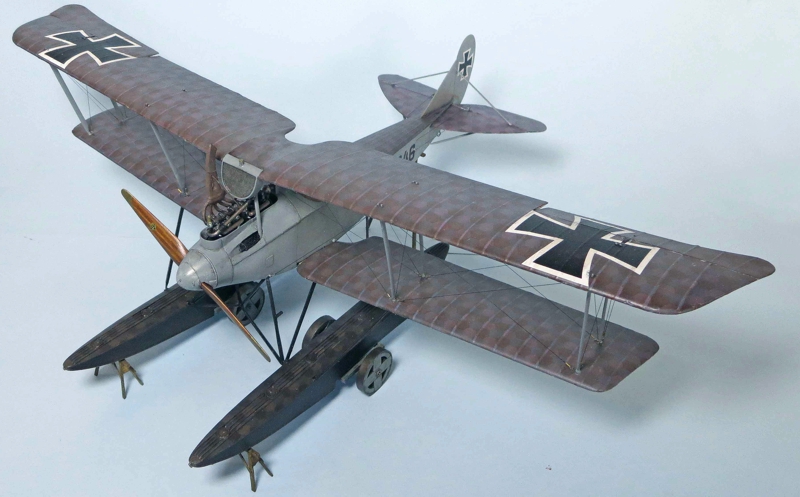 The initial version of the fighter was the 6B1. A total of 39 of these were produced, with all but one of the numbers having been delivered by the end of May 1917. A new version of the basic design, the 6B2, was introduced in October 1917. These aircraft retained the Mercedes D.III engine, but otherwise they were based on the C.IV, with larger dimensions and more rounded horizontal tail surfaces. Despite the decrease in performance, 49 of this type were delivered between October 1917 and January 1918, during which time the remaining 6B1 also left the factory. (Wikipedia) 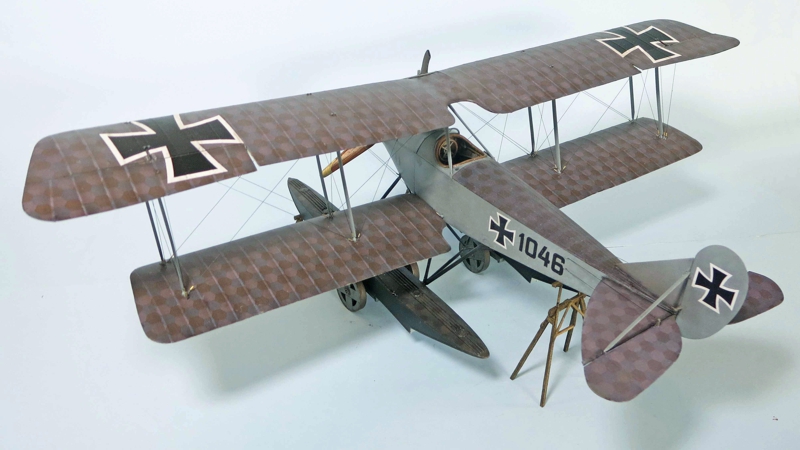 The wingspan is larger than on the land-based C.IV and the lower wings have a larger chord, all to add to the lift for the added floats. New lower wings have been cast in resin, using the upper wing as a template. 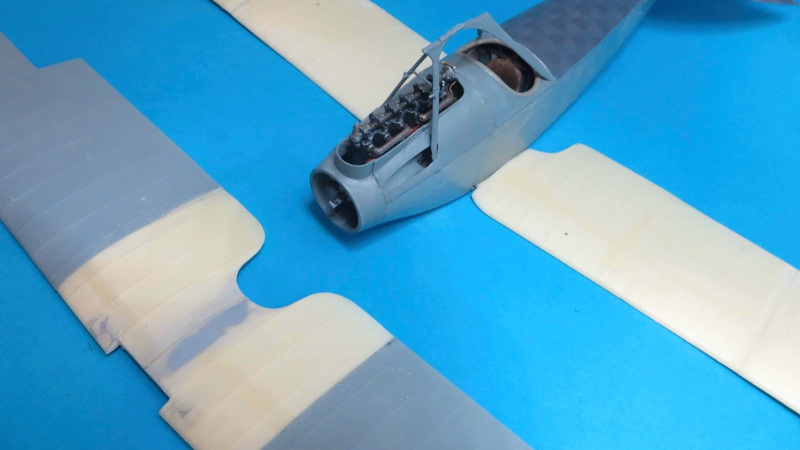 Being a single seat fighter, the 6B.1 was powered with a Mercedes D.III engine. 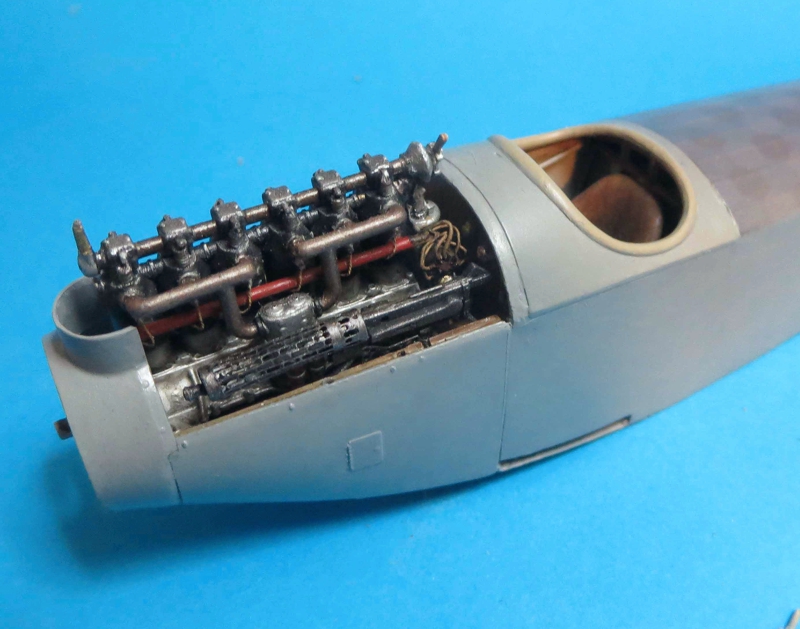 The 6B.1 retained the single fixed gun for the pilot although fitted on the left side because of the engine, and because of this some changes had to be made to the instrument panel. 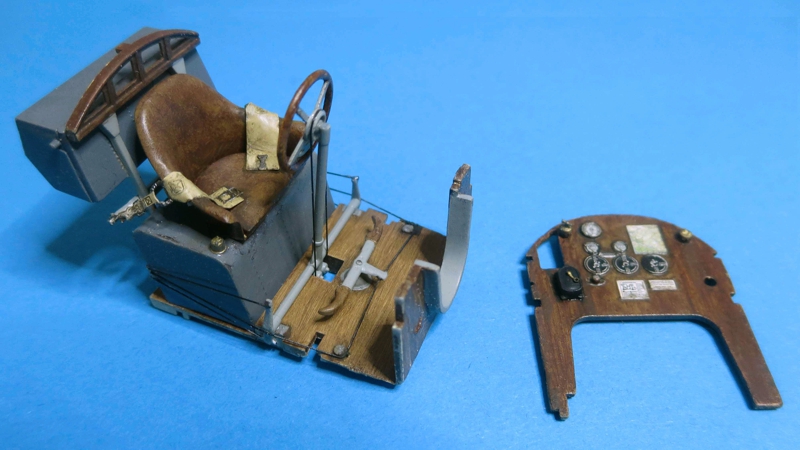 The fuselage has been shortened as the observer’s cockpit has been removed. The rudder has been enlarged for a better maneuverability with the floats fitted. 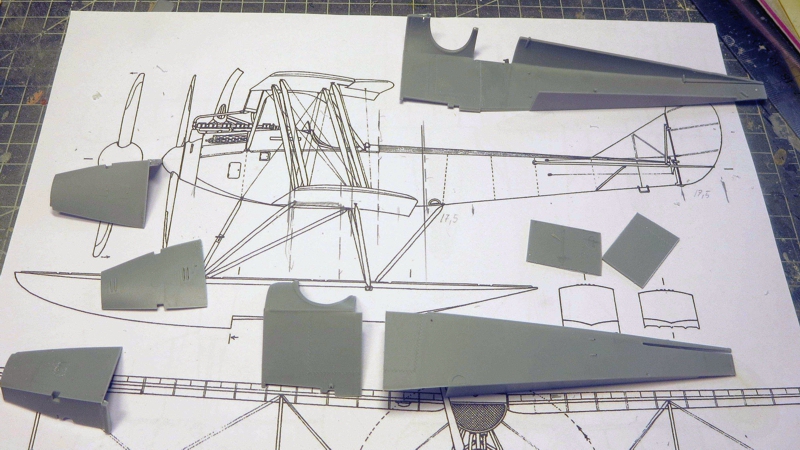 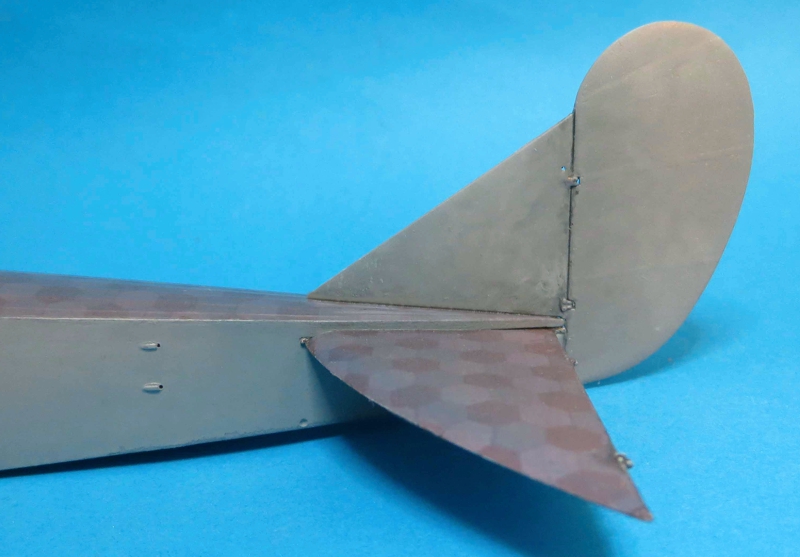 The largest part of this conversion is of course the scratch build floats and struts. A master was built from styrene sheet and a mold was made to effectively cast copies of it to get identical floats. 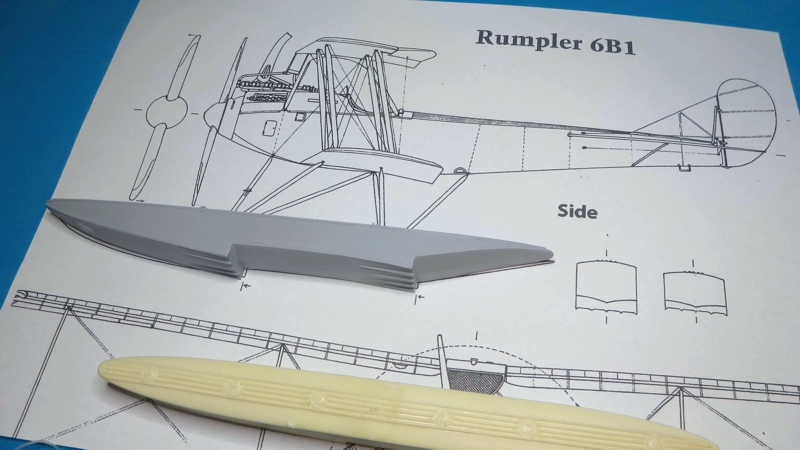 The struts have been made from cast resin with brass rod enclosed to add strength. 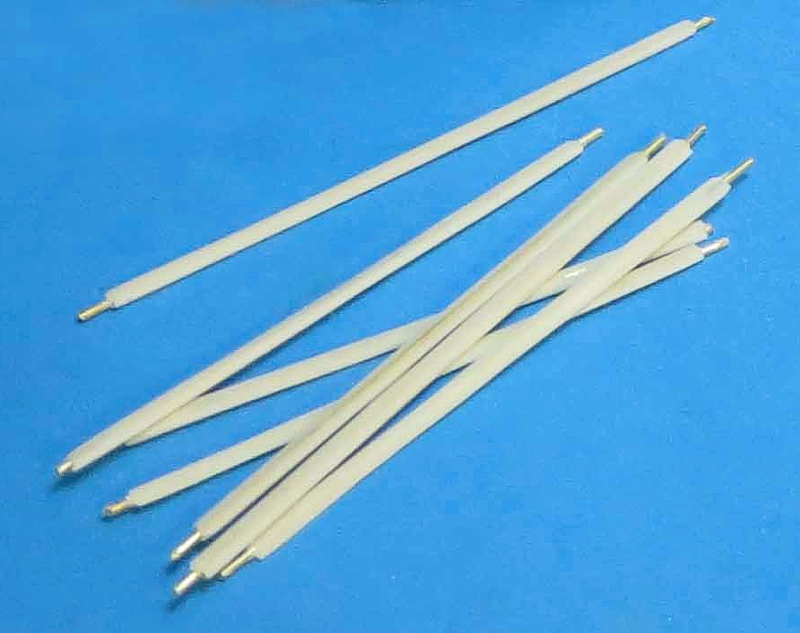 Lastly, Aviattics German Naval Hex decals have been added to complete this conversion. 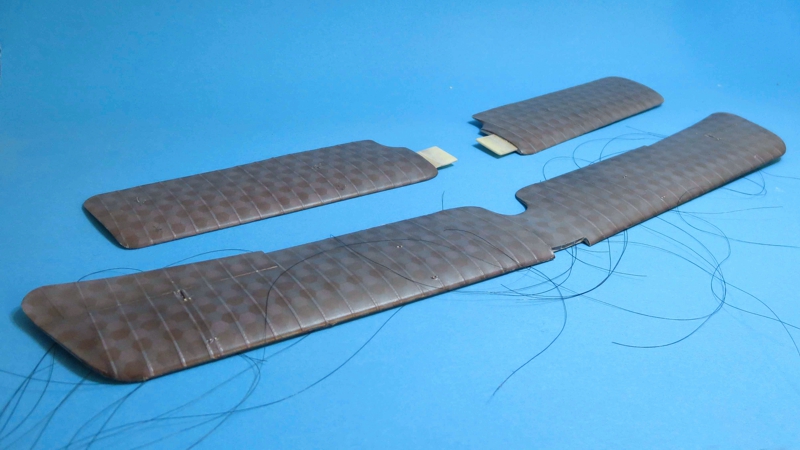 For more on the build, check out my build thread in the Work in Progress Forum.