This simple diorama represents a F6F-3 Hellcat based at Barakoma, Vella Lavella in September 1943. The fighter is painted in the early US Navy 3-tone camouflage and has been operational some time, resulting in healthy weathering. 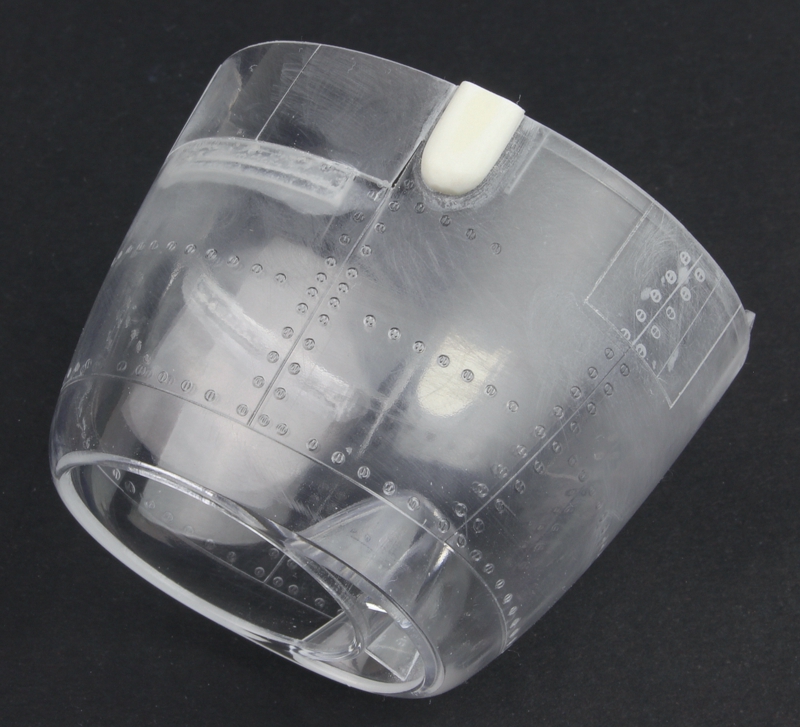 This Trumpeter product is an adaptation of the F6F-5 kit but does not properly deliver the F6F-3 details: the lower cowl flaps and the little bulges above the lower exhausts are not provided, the glazed parts behind the cockpit are wrongly shaped and the cockpit interior represents the standard F6F-5 configuration, which is different from the F6F-3. 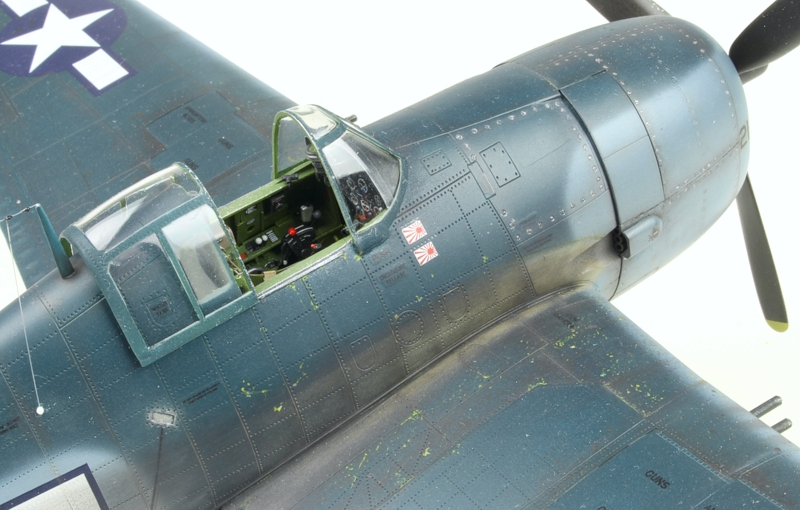 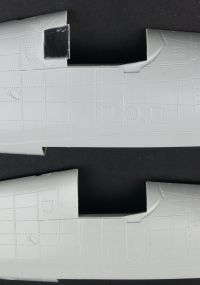 Briefly, I rebuilt the cockpit interior partly from scratch, made some new glazed parts behind the cockpit, corrected the propeller blades, created the lower cowl flaps and the little bulge above the exhausts and detailed the main and tail landing gear. The Pratt & Whitney radial engine came from Quickboost and was given an ignition harness and some wiring. The safety belts on the seat were made with lead and the buckles came from RB Productions. The tires for the main landing gear were built from scratch by my good friend and college-model builder Luc Van den Ende. 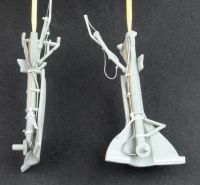 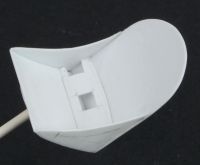 I used paints from Vallejo, ModelMaster, MRP and Humbrol. 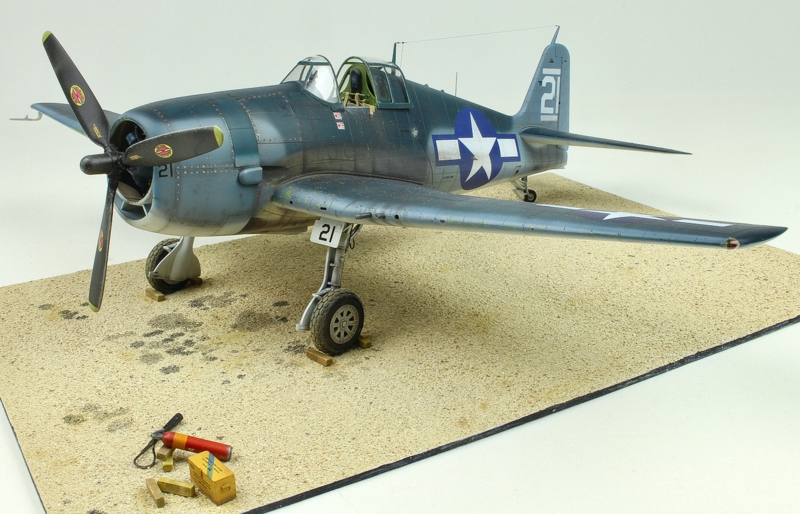 For questions or remarks, go to: lucjanssen32nd.com