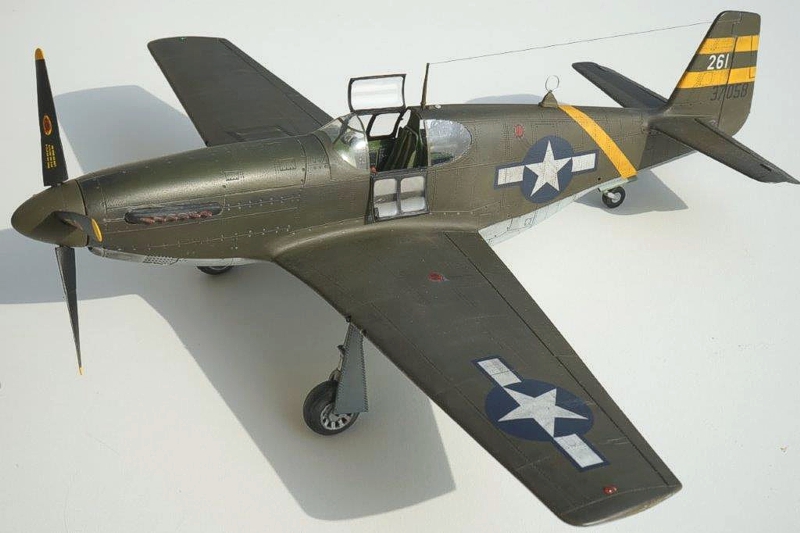 Here are a few pictures of my 1/32 scale CBI Mustang P-51B I just finished. 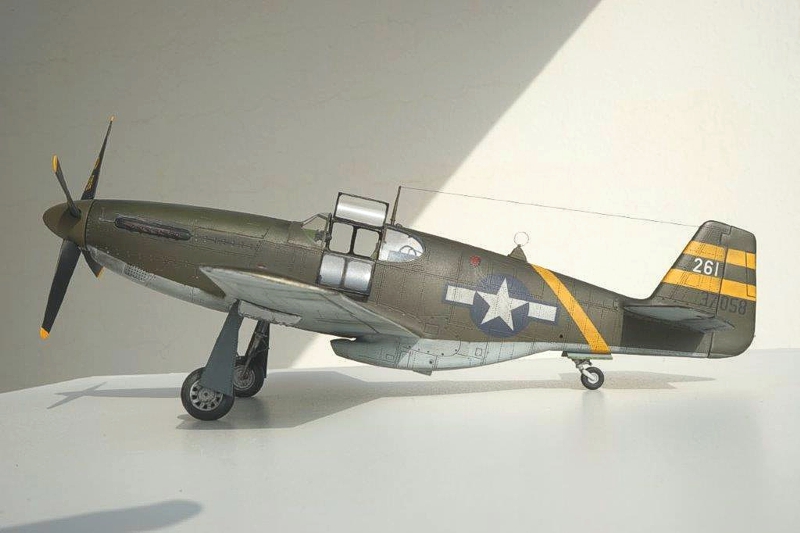 This is a project I started more than 10 years ago, combining parts from different origins. 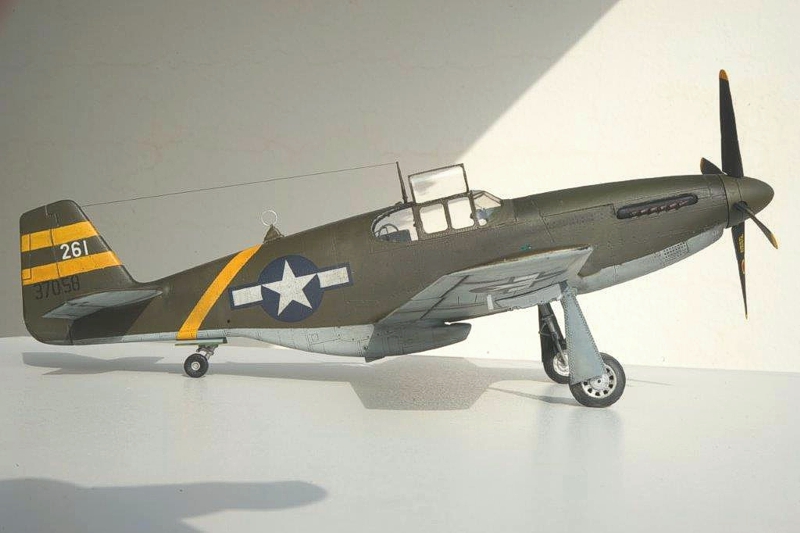 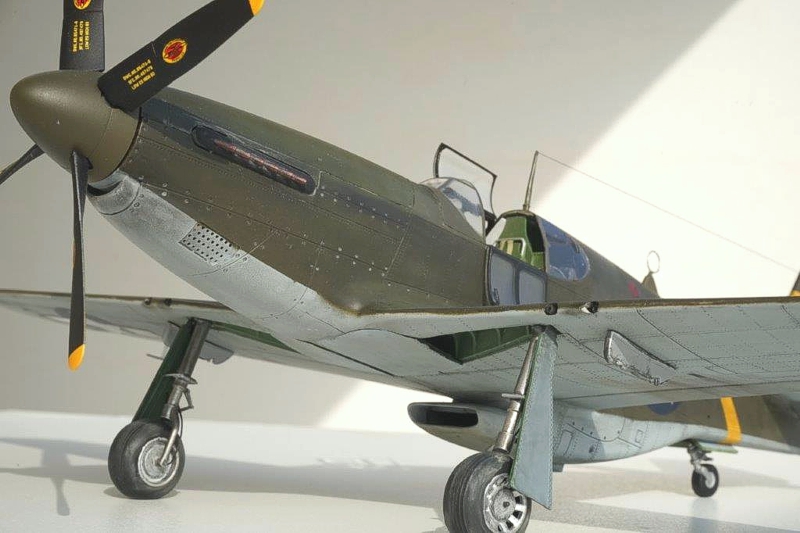 The main problem with this kit is the wrong shape of its wing profile: it is a classical biconvex profile, when the Mustang wing has a laminar profile (such a profile being one of the main characteristics of this airplane!).

Therefore, I was not really satisfied with this Trumpeter model and started to think on how I could build a P-51B with the correct wing shape, using current building standards.

In the Trumpeter P-51B box, there was an extra-fuselage in clear plastic, giving an option to build a sort of "Phantom Mustang". This transparent fuselage had engraved panel and rivets lines, so that could be a good start to build another Mustang. Then, lying in my attic was an old box of the Revell US 1/32 Mustang P-51B I acquired in mid-80s, as well as the old Monogram 1/32 P-51D "Phantom Mustang" I was offered in the 90s. 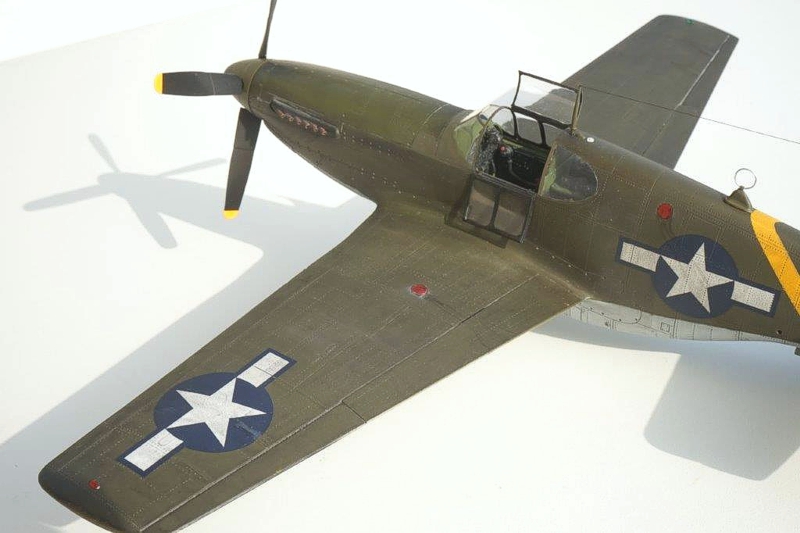 Therefore, it came to me the idea to use the wings that had the correct shape (from the Revell kit, as well as the stabilizer), and a mix of parts from both the Revell and Monogram models (propeller and undercarriage from Monogram, wheels from Revell, mixed parts and scratch for the cockpit...).

The first step was to remove the raised panel lines and rivets on the Revell parts, then re-engraving instead.

Then, heavy surgery was used to attach the wings and stabilizer to the fuselage, the rest of the building process being simpler. 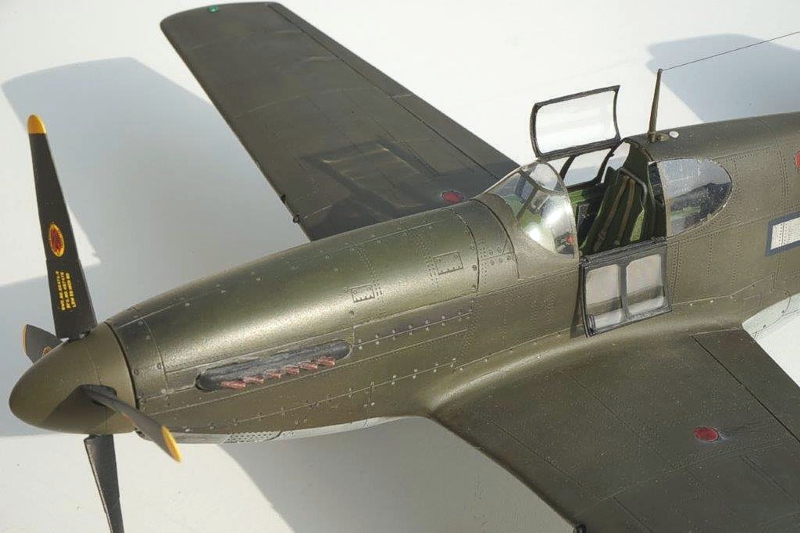 I used my Trumpeter P-51B to make a mold of the windscreen, so that I could "vacuform" a new one for this "hybrid Mustang." The rest of the canopy is spare parts from the first Trumpeter kit that I cut into three pieces, to also display an open canopy option for my new Mustang. Rear windows were cut rhodoid (a type of acetate). 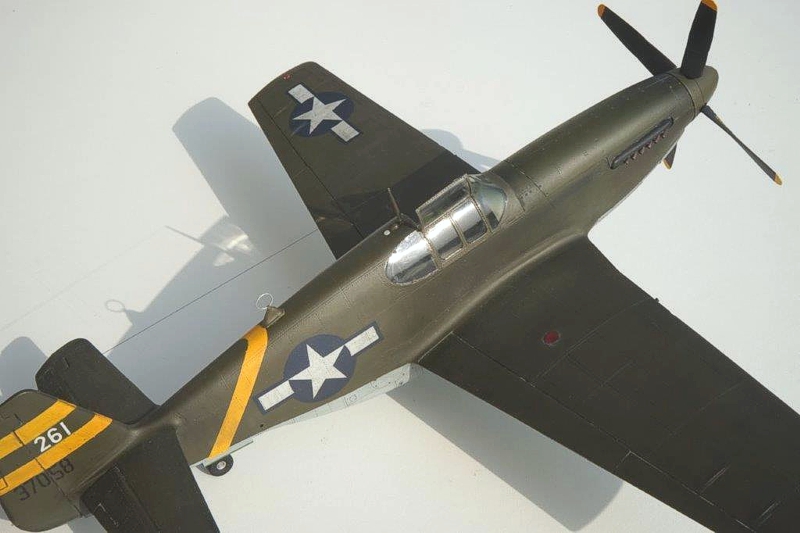 I wanted to represent a plane from the CBI front this time, so I needed to add a gonio aerial.

It was a long process, working erratically over the last 10 years, but in the end I am sort of happy with the final result.