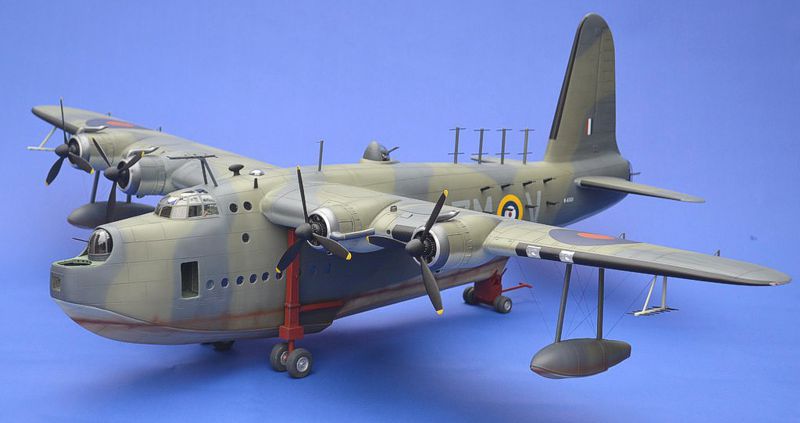 My model represents a Sunderland MkII of 201 Squadron during 1942 in the lovely temperate sea scheme. Painting white gives me nightmares (especially something of this size) so I took the easier option. W4001 (ZM-V) was only on strength between February to October 1942, before hitting an underwater rock and being written off, thankfully with no loss of life. 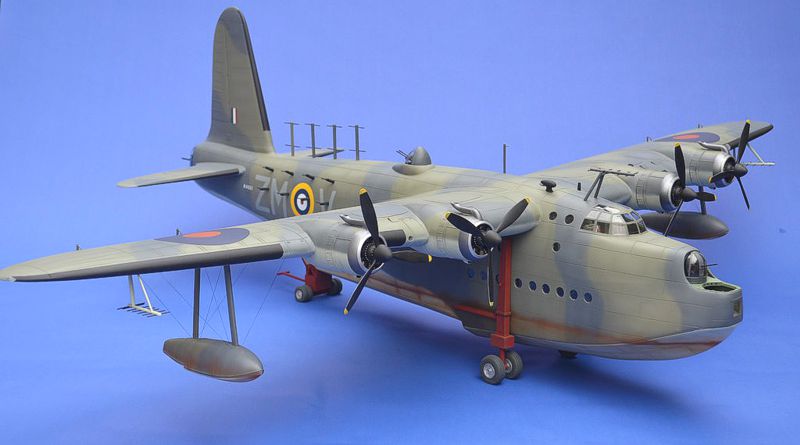 I took advantage of my time away from the classroom last week and finally finished this two-and-a-bit year project. This has been a really rewarding project, and despite a setback when I knocked the completed fuselage with its interior off the table, making a rather messy contact with the kitchen floor, it's been great fun and relatively straightforward - despite its size. 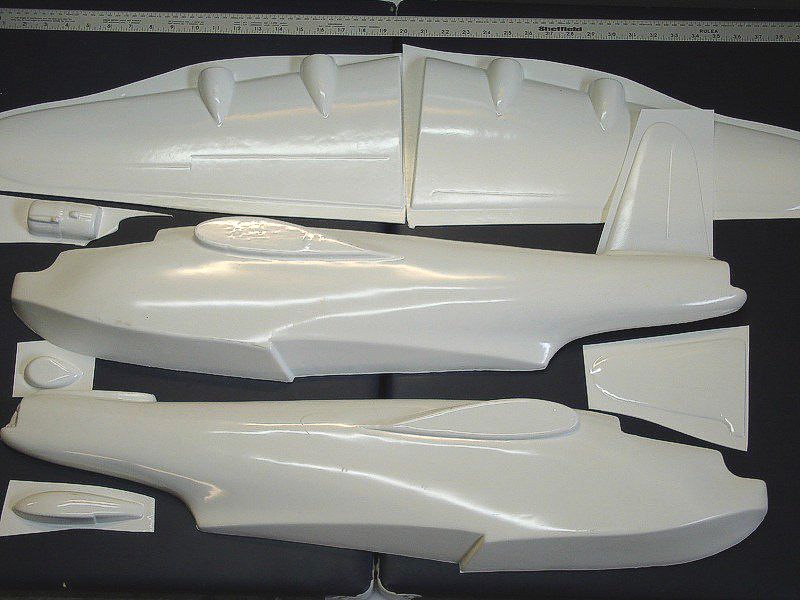 Kits like this come as a blank canvass for the builder to work his/her magic - 'bumps in plastic' is quite apt, but the shapes are reasonably accurate if not a bit primitive (picture borrowed from Tigger's webpage). 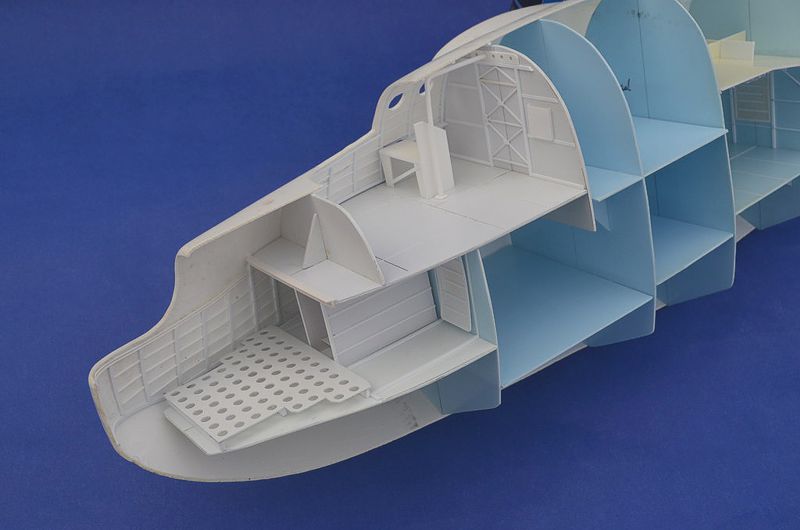 The kit provides the correct hull shape for a Mk I or Mk II, but with some mods the more adventurous builder could easily convert it to a Mk III/V, etc. All panel lines and surface details need to be added and the parts are devoid of any real detail, but the plastic is lovely to work with and scribes/sands beautifully. Due to the size of the parts, home-made interior bulkheads are needed, and any visible parts of the interior need to be made from scratch. 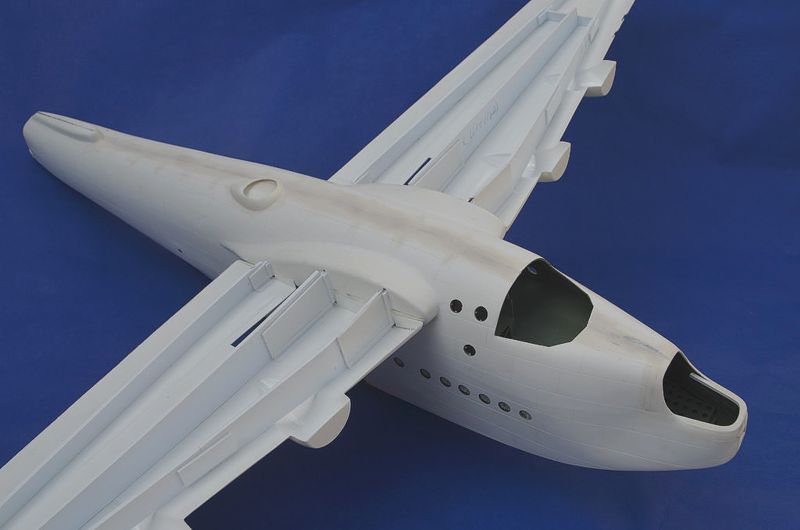 Strong wing spars are also essential to keep the structure of the model sound - thick plastic card spars were made and added. 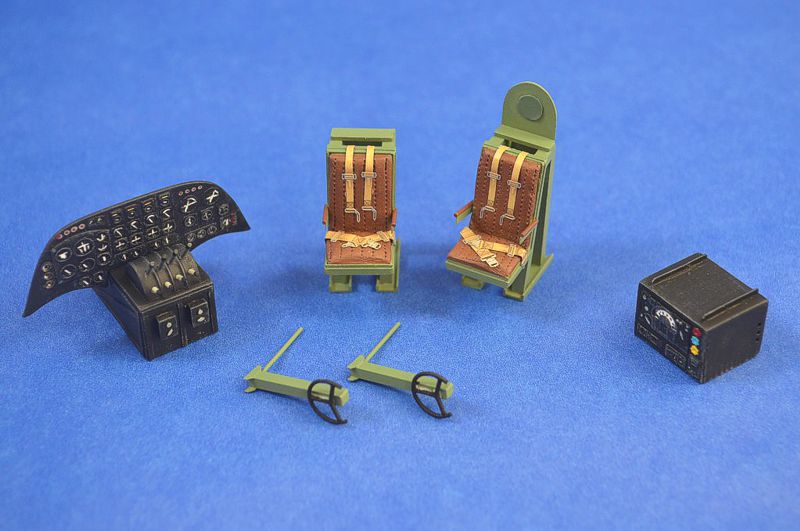 The flightdeck interior, bomb room and nose section were all made from scratch and detailed with some aftermarket seatbelts. 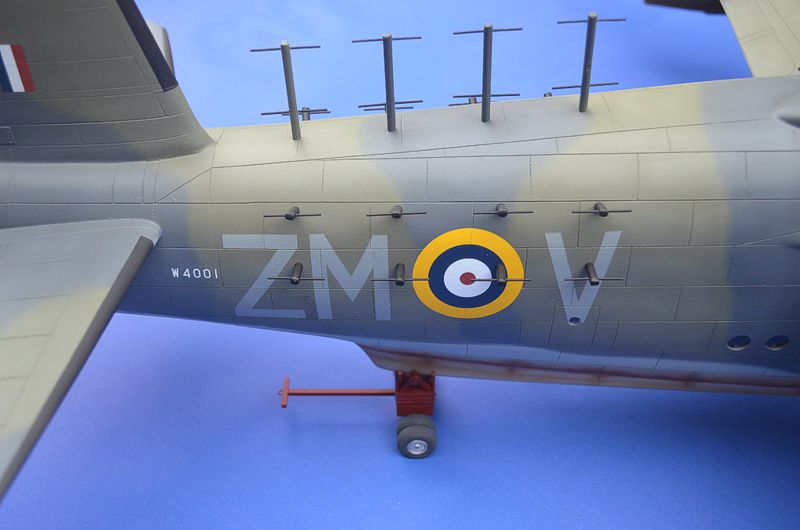 All the aerials were made from sprue and thin wire - markings were mix of home-made masks and decals. 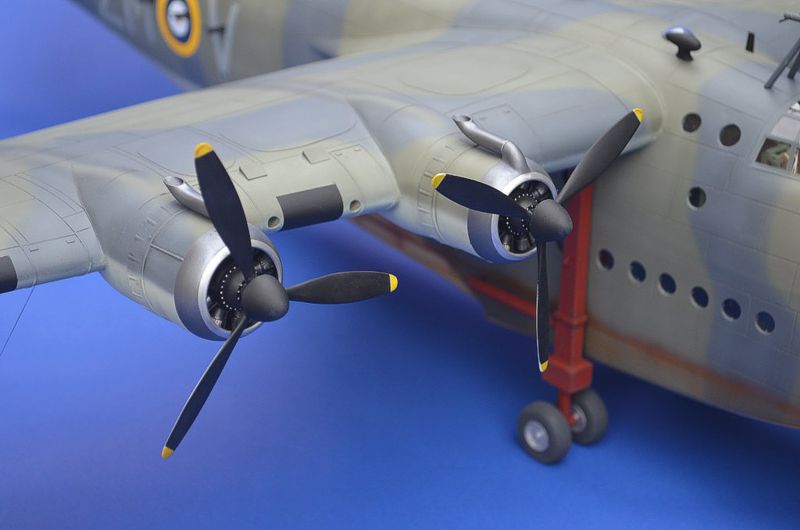 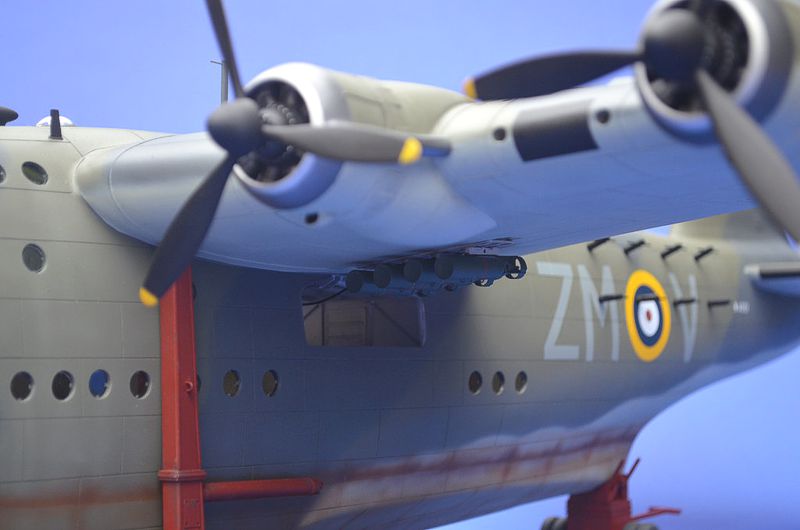 The engines were made from spare HK Models' B-17 cylinders coupled with Revell Beaufighter parts to make a reasonable representation of the Bristol Pegasus. The early-style exhausts were made from Evergreen tube bent slowly over the toaster! 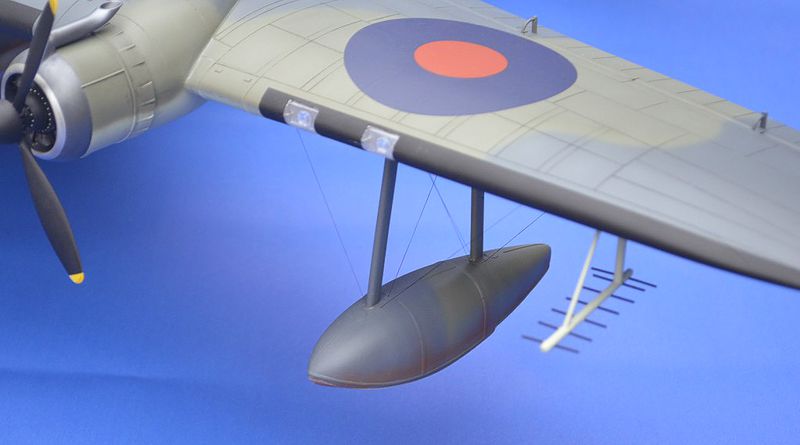 Landing lights were home made from some of my daughter's diamante play/craft jewelery (for the lights) and the covers were clear acetate once again heated over the toaster. Rigging for the floats came for EasyLine and reminded me why I'll never build a biplane! 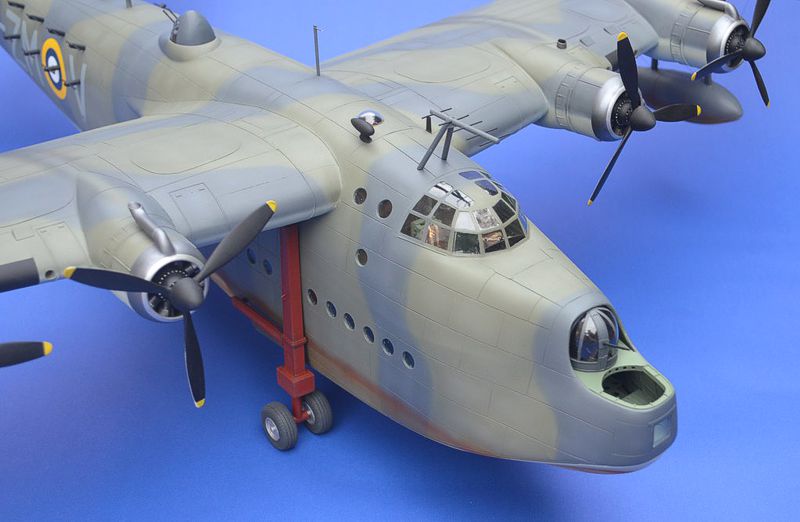 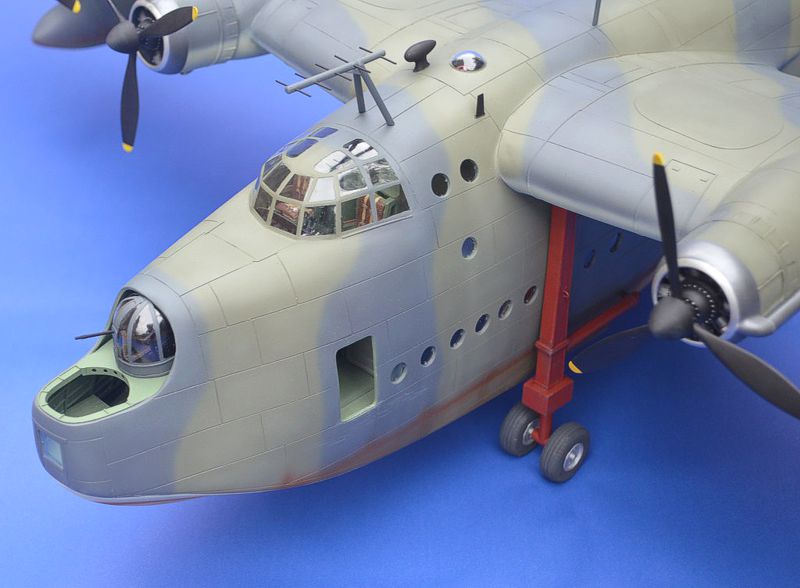 The kit's transparencies were used throughout - all turret interiors were scratch built. Beaching gear was also made from scratch with a friend helping out with some 3D printed wheels. 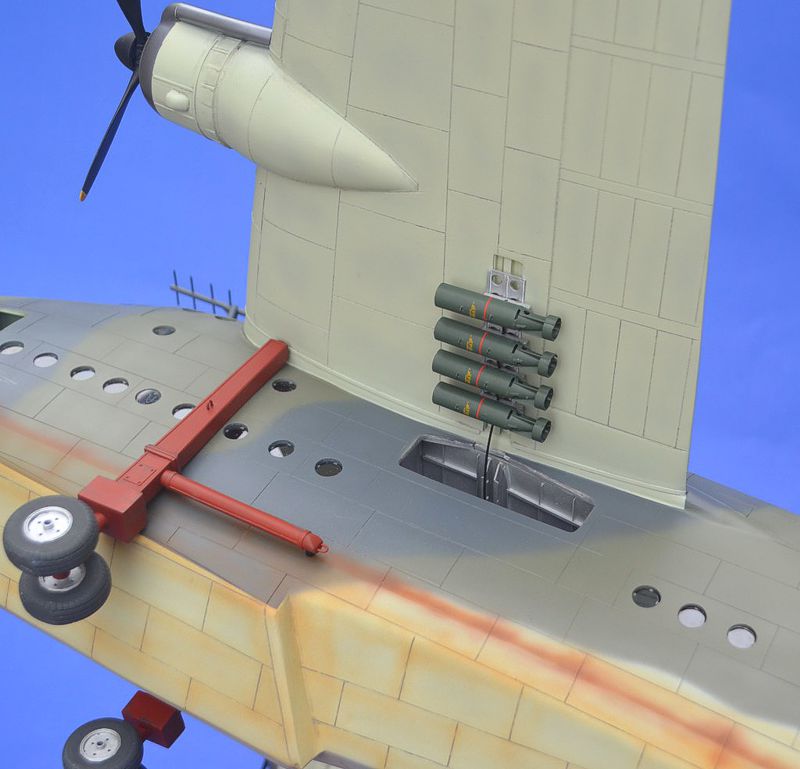 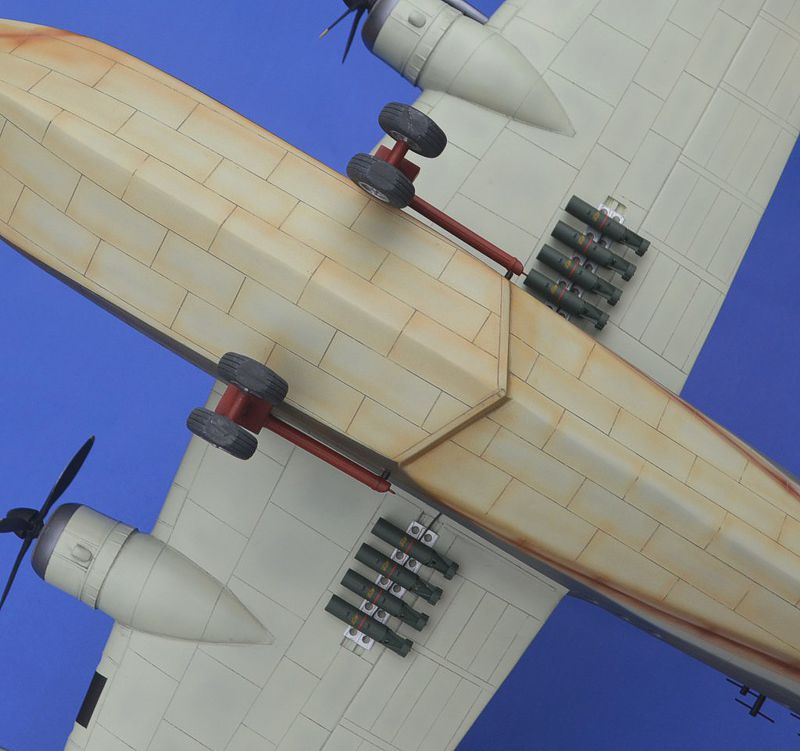 Bomb racks were again made from scratch with some rather lovely depth charges coming from Tim Perry - thanks, Tim! 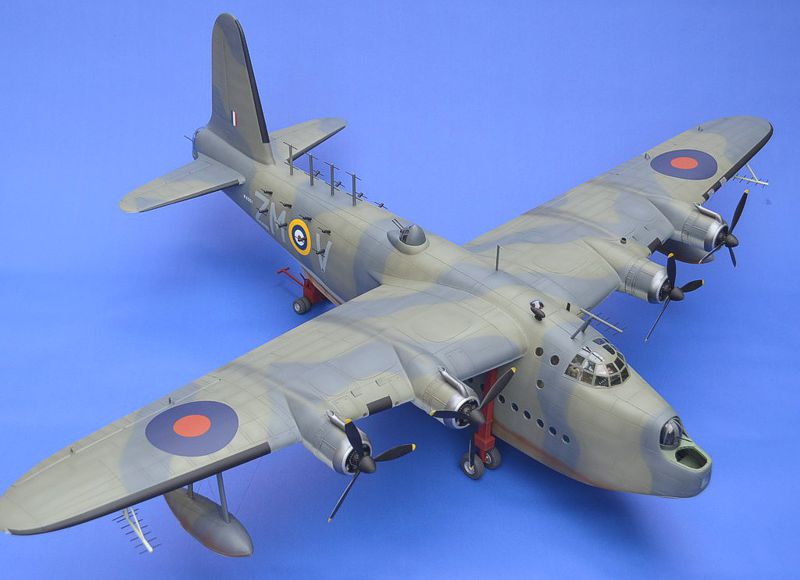 I used Xtracolor enamels throughout the build - 6 tins were used in total!

I don't like to go too mad with weathering on my models so kept it relatively clean - however you can't build a Sunderland without the distinctive water marks on the hull. 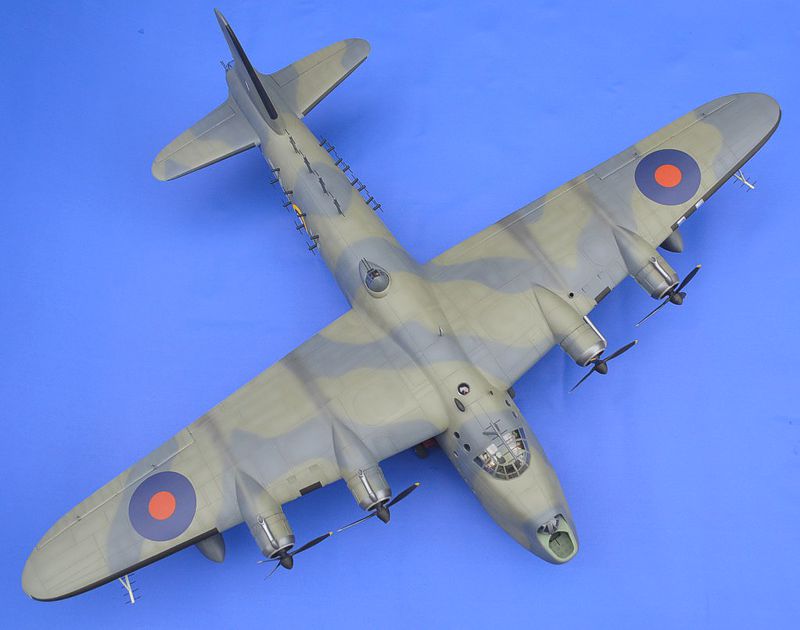 A bit of exhaust staining and some fading with post-shading completed the upper surfaces. 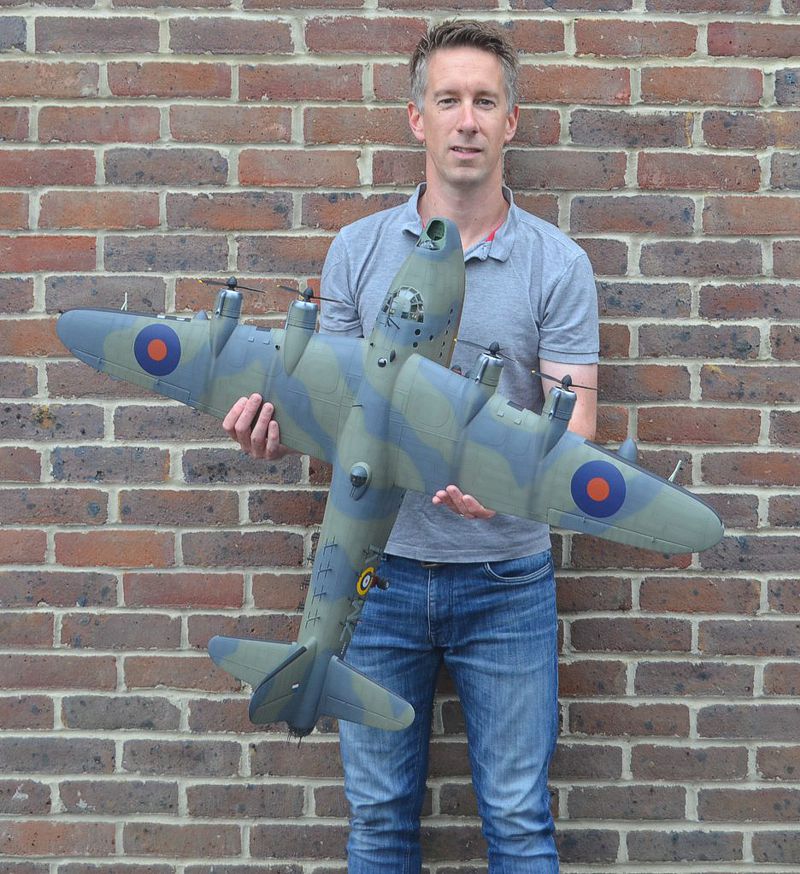 I'm often asked how big a 1/32nd Sunderland is. I'm sorry to inflict my ugly mug on you but you can see that it is a massive model with yours truly holding it!

Thanks for those who took an interest along the way. Others can check out the build in my thread in the Work in Progress forum. Now I'm off for a long lay down in a darkened room to contemplate the next project!