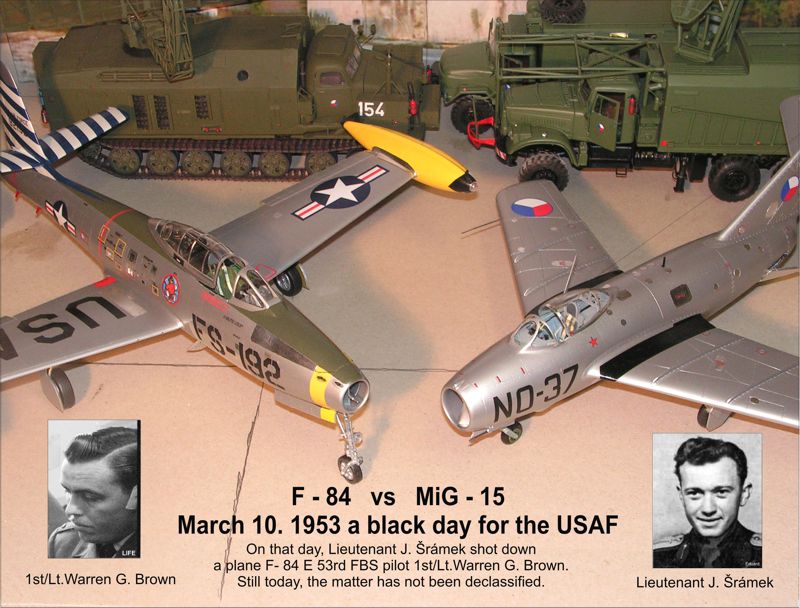 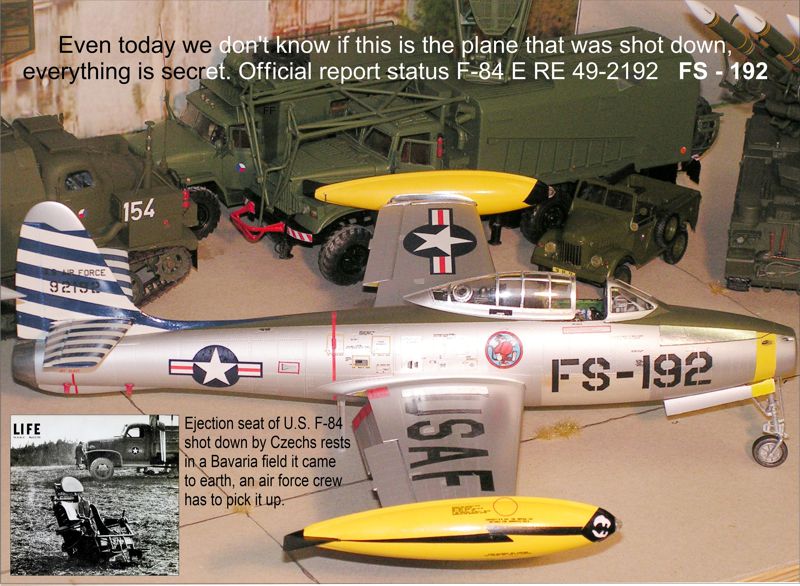 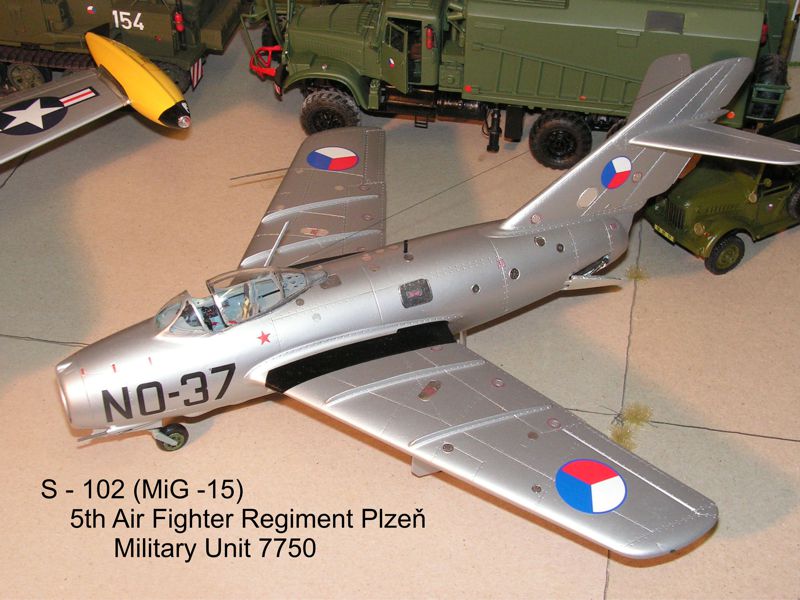 It is during the period of the Cold War, which on March 10, 1953, two planes from Germany flew over the Czechoslovak border. The entire border was heavily occupied by air defense - radar, missiles and aircrafts - which immediately went on alert. Two USAF F-84 E aircraft from the 53rd FBS in Fürsrtenfeldbruck lost their orientation and when they found out that they were over foreign territory, they immediately turned their direction to the southwest, but they were already being chased by a Mig-15 of the Czechoslovak Air Force. 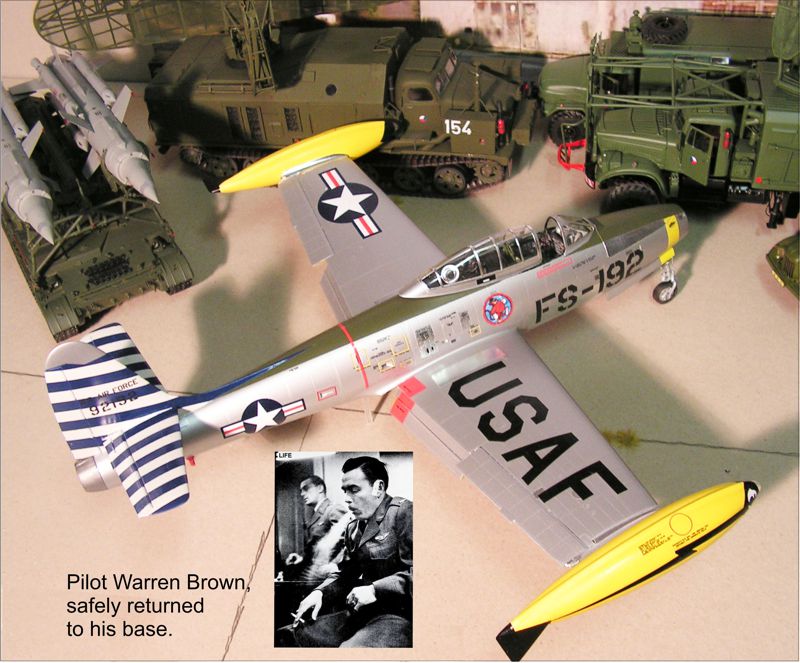 Even today the whole incident is not completely clear and there are a lot of inconsistencies. The MiG-15 shot down the F-84 E when it was already over German territory (which corresponds to the crash site), and the USAF aircraft number is unknown and untraceable in the archives. I made the aircraft color schemes and aircraft numbers according to the official incident report. There are only the names of the pilots 1st/ Lt. Warren G. Brown (F-84 E) who saved himself with an ejection seat and Lt. J. Šrámek (MiG-15). 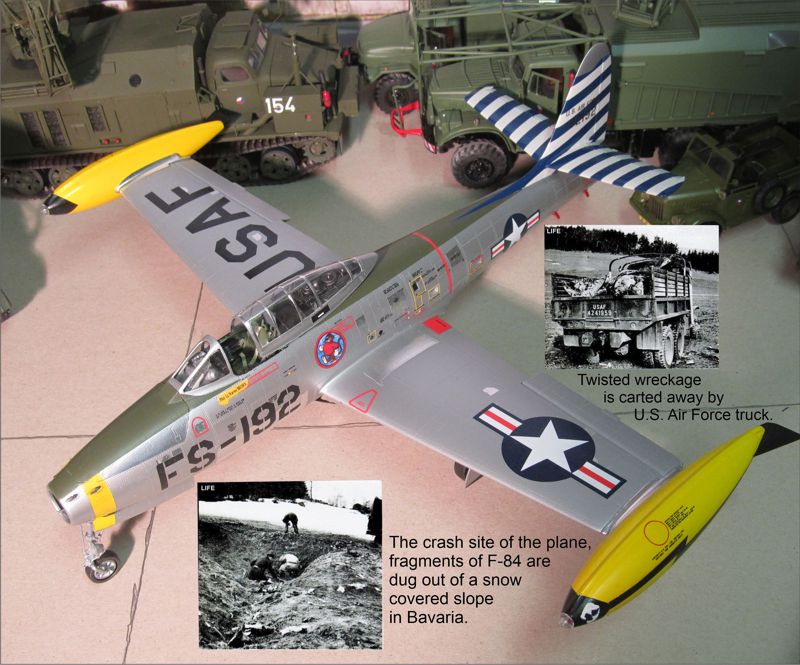 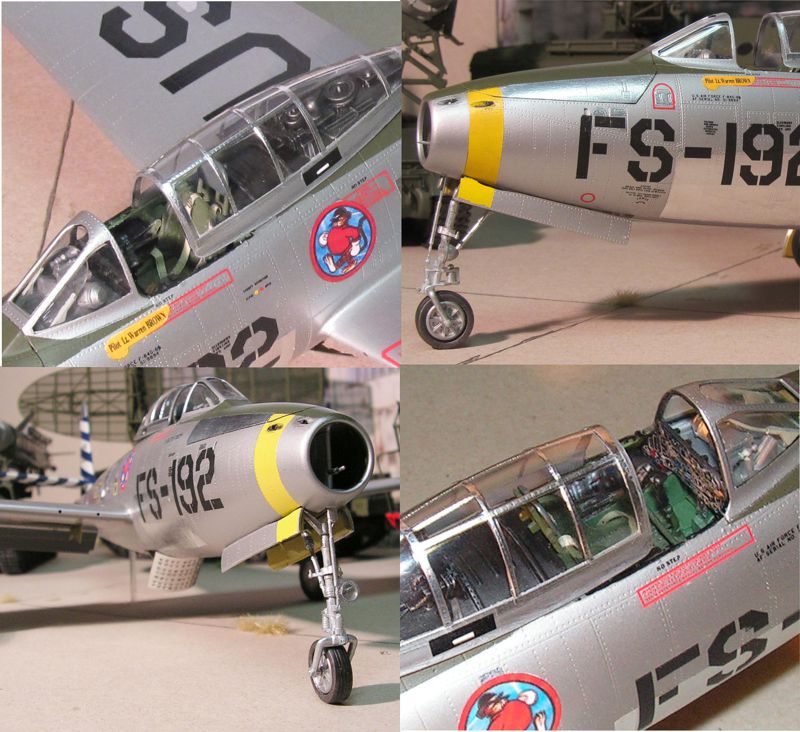 It is also interesting that the pilot Lt. J. Šrámek was not awarded the shoot down and the symbol of the kill on his plane was only on there one day. 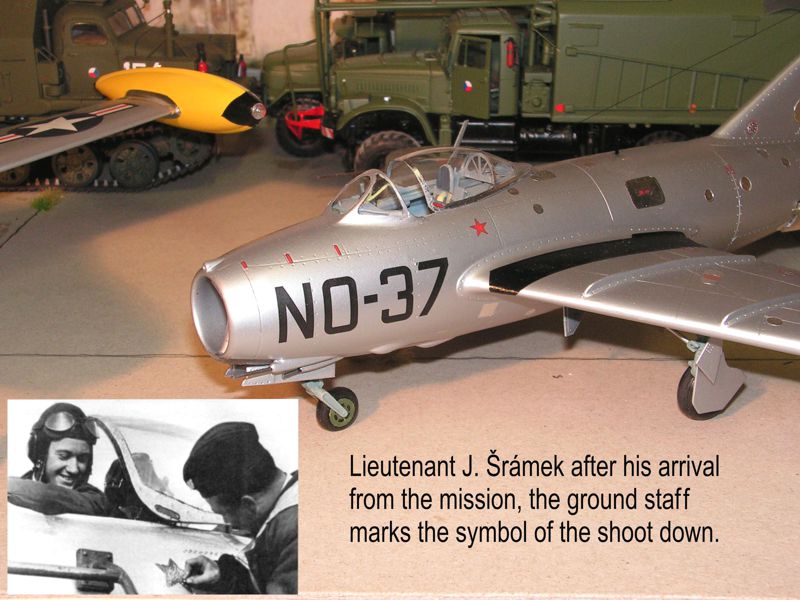 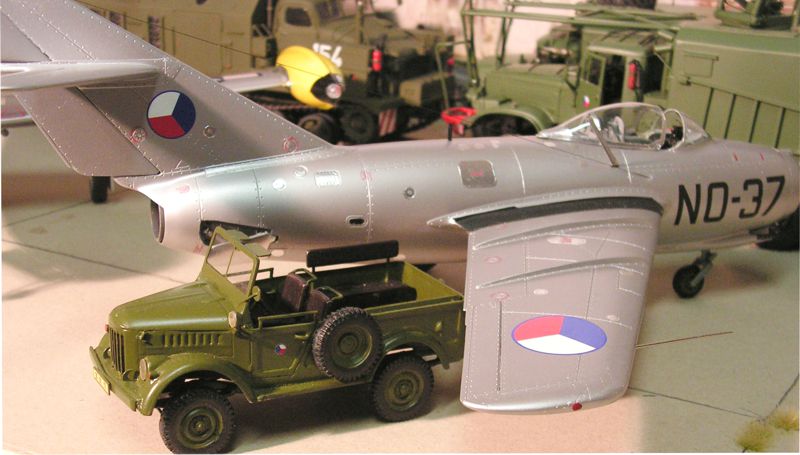 The pilots at Füstenfeldbrukck Air Base the 36th Group were known to brag by saying: "ONLY EIGHT MINUTES AWAY FROM THE REDS!" 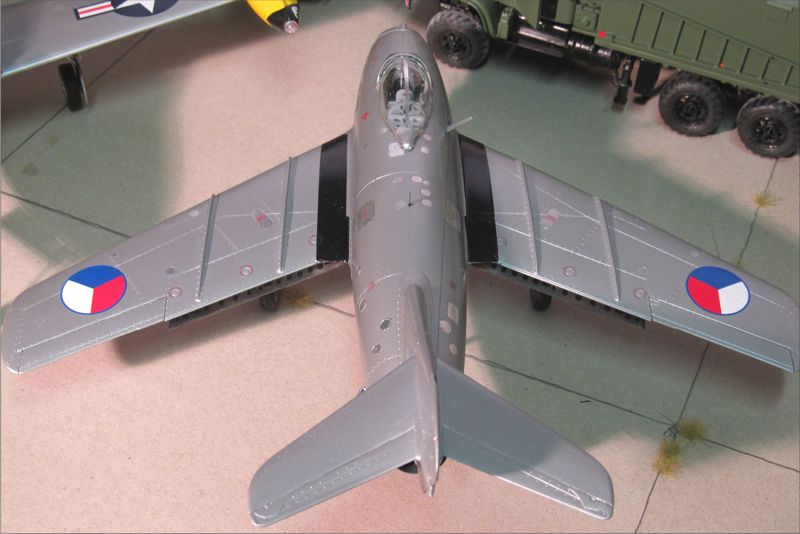 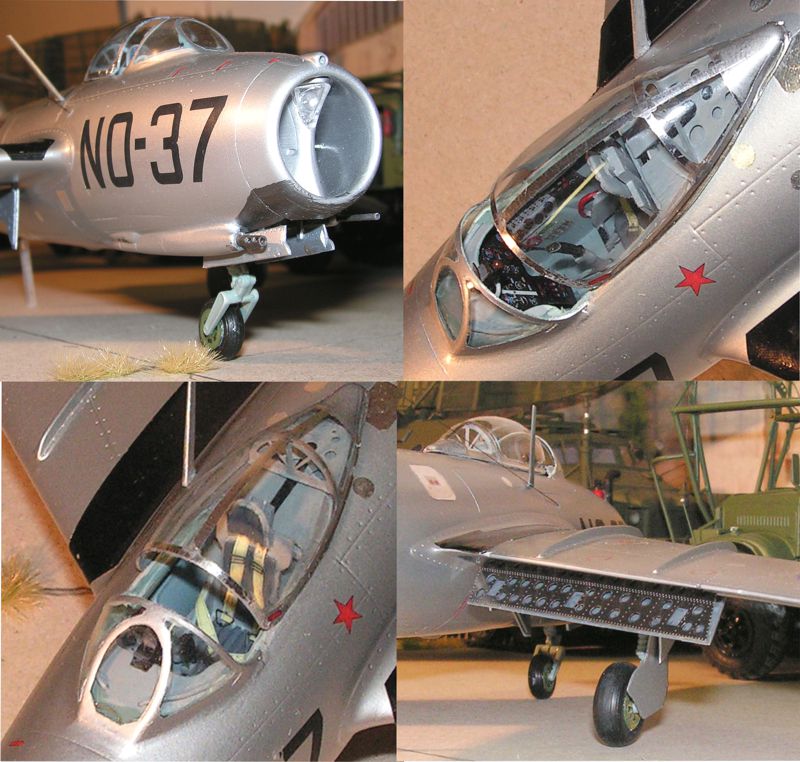 The models are sprayed with Tamiya paint and metal foil. The decals are self-made. 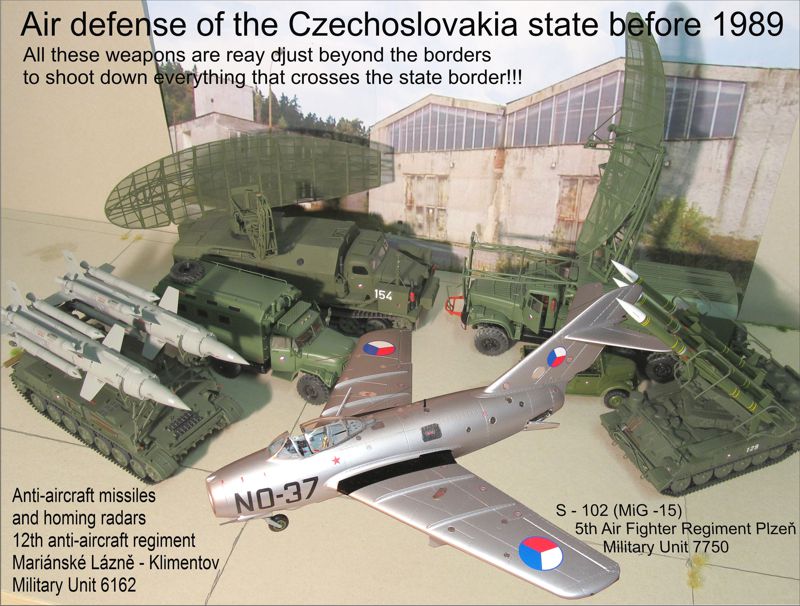 P.S. In the Czech language, PVO stands for air defense.