In this article, we're going to tell you to look at oil paintings by Monet and nineteenth century romantic poets to try and convince you that their experiences have a direct application on what you do as an aircraft modeler and aircraft model viewer. If we look at them the right way we can actually have way more fun in what we do.

I read on a website once, that you could only do an aircraft colour scheme if you had a minimum of three full colour photographs from different angles of an individual subject. Whilst accepting the basic soundness of this article on a superficial basis, it seems a little shortsighted when examined in more detail. From my perspective and from the perspective of many of the non-aviation photographers and painters I know, colour is too subjective for it ever to be completely accurate.

Let's just look at the way you perceive colour in the first place. Colour is the result of the refraction of light. When the light enters your eye, it travels through the cornea, the aperture of the Iris, the lens that focuses and projects through the Aqueous, onto the Retina, the back surface of the eye where it encounters the receptors, the Cones and Rods. Rods, are basically black and white tools and give you your night vision, by comparison to their more flamboyant neighbours the cones, they are pretty insensitive. The cones, well they work the colours, converting the light energy into electrical signals, which travel down the optic nerve into the brain. So already we come across several areas that may affect your perception of specific colours.

To highlight this graphically, lets look at some paintings by Monet, the great French Impressionist painter. Being an Impressionist, he focused not on the individual details of a scene, but on the way the light, shade and colours came to him. In doing so, he gives us an insight into the way that individual colour perception can be changed over time, with old age and infirmity. 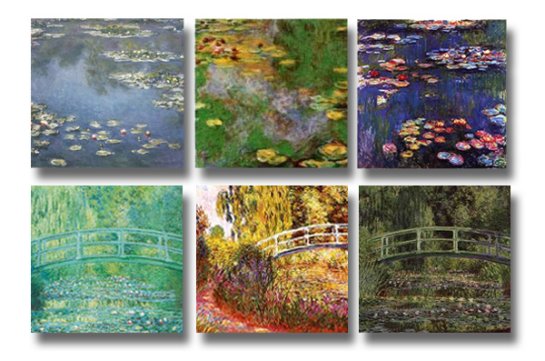 For many years, people assumed that this was a reflection of a change in style, the darker colours being a reflection of an old mans darker view of the world. The truth was far more mundane but highlights one of the main truths of this piece. Monet, it was discovered contracted cataracts in both eyes. When this is factored in, this apparent change in style becomes far more understandable. In the first two paintings his eyes were fine. In the second two, the cataracts had started to form and his brain started to lose perception of the blue end of the spectrum. In the last two paintings, the cataracts were even starting to block out light itself.

Old age and cataracts took away the very thing he existed to do, to take light, to take colour and create art. When we look at the paintings we are not just seeing the work of genius but also the failing colour perception over time of one person in a way we have never seen before.

Of course, as modelers, we generally don't rely on paintings as a prime resource; we rely on real aircraft and in particular, photographs for colour. Whilst it would be nice to be able to model our kits with the real thing in front of us, for most of us mortals, it's hardly practical. So photographs it is and suddenly a whole new level of problems presents itself.

For most of World War II, colour film was an expensive luxury, and for most normal people, black and white film was cheaper and more widely available. This presents us with one of the biggest problems we have. How can we identify what colour aircraft were when we can't even see it in the evidence? The most obvious answer is to look for those rare colour photos but even from the outset this presents more problems than it solves. Colour films deteriorate, the chemicals become unstable the picture changes and the perception of the colour changes. If anyone has any doubts, have a look on the IPMS Stockholm website (URL at the foot) to see this clearly demonstrated in over ten thousand words of text and debate.

If you have a black and white photo, like the one below; of Robert Stanford Tuck's Hurricane Mk. (DToA 257 (Burma) Squadron). Some questions need asking:

The first of which is what is the colour of the tail band? Most people as a knee jerk reaction state that it would have been Sky, the same colour as the underside of the aircraft. But why do they say that? Well if you look at the picture quickly, there appears to be no difference to the band and the underside. But in reality, the colour could be lemon yellow, pale pink, apple white or even beige because each would look similar in a black and white photograph. Do you know for a fact that the band was definitely NOT one of those colours? The answer is no, because you weren't there and you didn't see it. You rely instead on documentary or circumstantial evidence and more than often enough, hearsay.

The Sky tail band is a good case in point. Everyone knows that they should be in Sky and only an idiot would doubt that. A very well known 1/48th scale modeler scornfully ripped into another for having the temerity to question his statement that tail bands and spinners, (coincidentally at the time the above photo was taken) were in Sky. He even said that only a person who had never seen a Hurricane could doubt that.

The only problem was that for once, that common knowledge, that hearsay was directly contradicted by the documentary evidence from the British Air Ministry, which stated that, tail bands and spinners should be painted in Air Ministry Sky Blue which is a completely different colour. Even the above photo clearly demonstrates this: 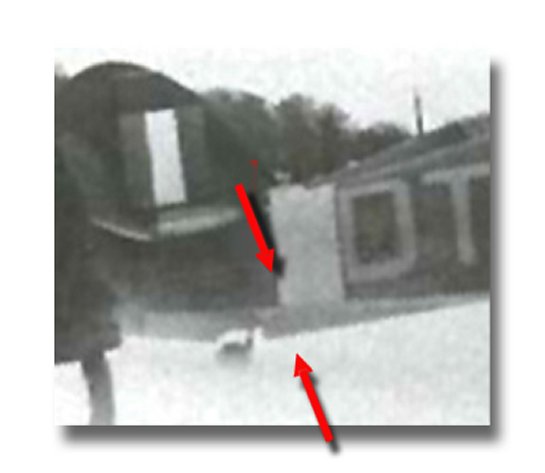 Between the red arrows, on the undersurface of the aircraft there is a clear division between the two lighter colours, which would indicate that the band was a separate colour to the undersurface. So this begs another question, does this little revelation make all Sky tail banded Hurricanes from this era inaccurate and therefore only fit for consigning to the garbage pail?

Obviously the answer is no. For one thing, there was a war going on and supplies of paint were difficult to get hold of at times. But you could hardly phone up a Squadron and say, sorry mate, got the wrong paint, your plane will be ready next Monday instead, so just tell Jerry to wait until then before attacking. How many maintenance units would have mixed their own from available stocks? The answer is many, with colours ranging from Sky to Sky Blue, Duck Egg Blue and the wonderfully named Eau de Nile or Duck Egg Green all coming to light in archeological digs.

Maybe the next question will show us a way; many have reproduced Stanford Tuck's spinner, as being white and red, or Sky and red and the question again is which is accurate? It well may be that neither is accurate if we say that it could also have been Air Ministry Sky Blue and red. However, I personally and most modelers seem to prefer the white and red option as it looks "right".

So where does this leave us, where do we turn to get accuracy for our WWII kits? My personal opinion is that we don't turn anywhere except away from the concept of "accuracy" itself. If a propeller blade is 5 feet long on a full-scale aircraft it is easy to accurately scale down the size. But to accurately render the colour from black and white or contemporary colour photos is simply not possible. So get over it and stop making these statements about something so subjective. Instead remember Monet who painted accurately within the limits of his disability in terms of form and shape, but more than anything else, what colours he painted had an overwhelming artistic truth.

Every time you go to paint a kit, think of Monet. When you have exhausted all the methods of making your kit "accurate" give it truth, remember that the very act of painting is an artistic endeavor and that truth will always outweigh the purely accurate. If Tuck were alive today, I think he'd just be happy that so many people remembered his contribution during the war and his most famous mount.

As we've already used a fine artist as an example, we can finish with a fine poet, Keats and quote him in saying that:

"Beauty is truth, Truth; beauty. That is all ye know on Earth, And all ye need to know."