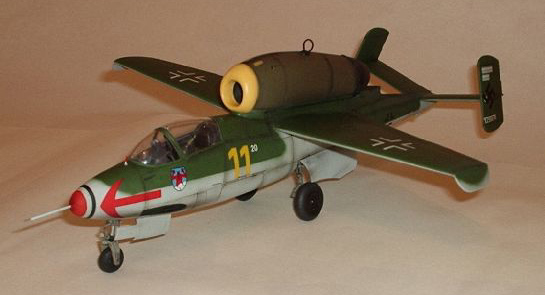 Both from the new Revell kit. Yellow 11 is straight from the box, no additions. Red 1 has the engine exposed and plumbed and wired using various gauges of wire and solder. I used photographs I took of the plane now on display at the RAF museum in Hendon UK as reference. They were taken when the restoration work had been completed while it was still at RAF St. Athens in Wales. 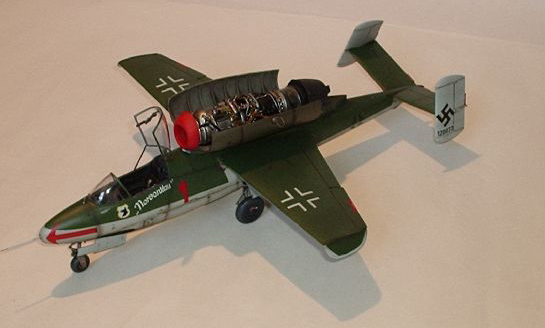 When I was there taking the pictures, there was no ejector seat in the cockpit. This, I was told was to discourage anyone taking it for "a spin" as it was restored to a flyable state at the time.

In the cockpit I cut the ejector seat away from the bulk head, made a new bulk head and modified the kit seat to look more like the real thing. Other cockpit detail was removed and replaced to give more depth such as the oxygen regulator, flap pump, throttle and other control levers.

The colour schemes are as provided in the kit. I used Vallejo acrylics which are RLM matched. 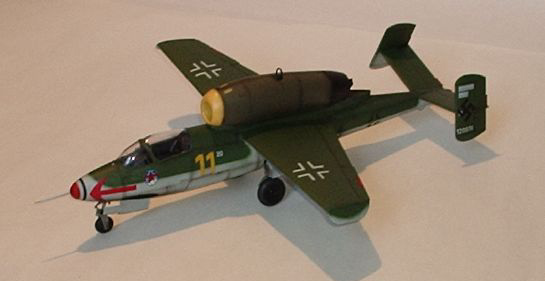 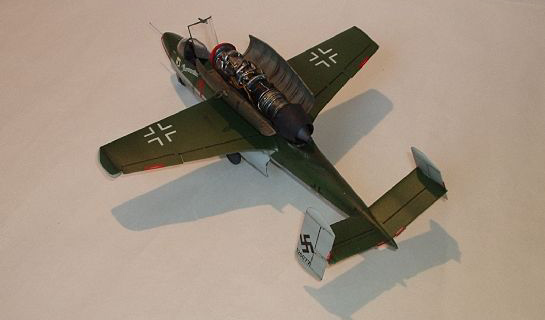