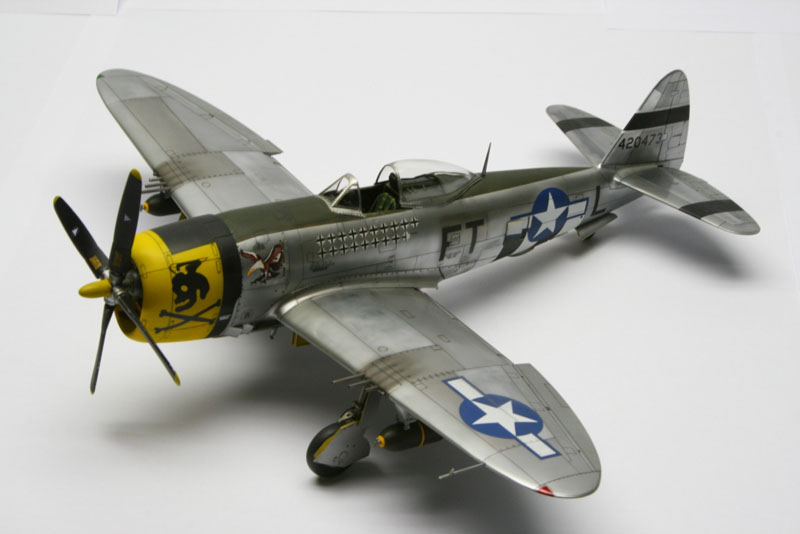 When I first caught a glimpse of this kit, I just know it'll be something that I'd have to build in natural metal finish (NMF) owing to the fine molding quality put in by Hasegawa.

The plan was to build the kit OOTB. Since no seatbelts were provided to go with the marvelously detailed cockpit, I opted to add Eduard's pre-painted "Late WWII USAF & USN Seatbelts" (Item 32506). I chose to build the plane flown by Major Glenn Eagleston (Option No. 3). Aside from the fact that it offers the modeler a paint scheme in NMF, it is also the most logical choice since the cockpit floor provided in the kit depicts the solid, smooth-type built for the D-27 series and up. Modelers can still build the one flown by Lt. Col. Francis Gabreski but some alterations have to be done to depict the corrugated type made for the D-26 series and below.

So, on with the build! 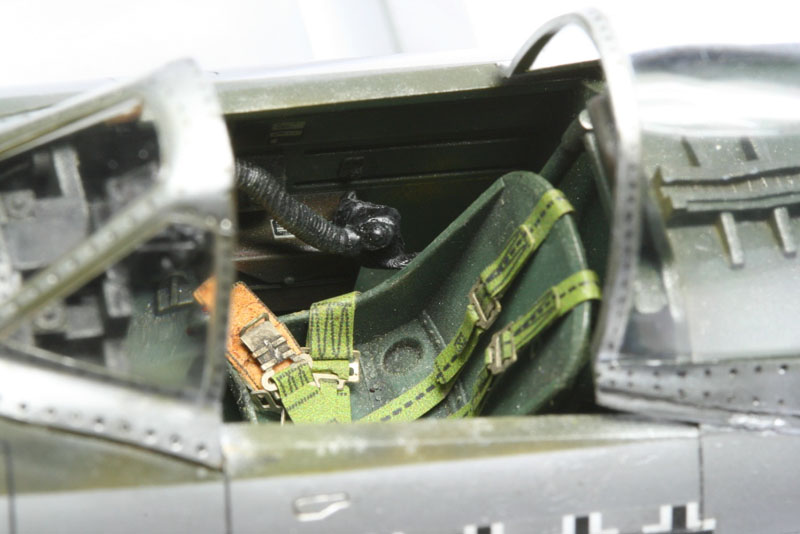 As usual, I started with the cockpit and found that all parts went on well without any fit issues. In my opinion, this has to be the most detailed 1/32 scale cockpit molded to date by Hasegawa. While checking references, I found the instruction's color call out for the cockpit interior is not correct. The correct interior color for the Thunderbolt's cockpit is Bronze Green or Dull Dark Green. I used a 90/10 mixture of Tamiya Deep Green (XF-26) with Flat Black (XF-1) to achieve the correct shade. The modeler has a choice of either painting the raised details on the instrument panel or using the provided decals for the panel face. I chose to employ the latter and with a hefty amount of Solvaset, I was able to set the decal instrument face properly. When this was done, I put droplets of future floor polish on each dial to simulate glass. While dry-fitting the cockpit tub with the fuselage halves, I found that the back of the instrument panel dials can be seen through the windscreen. I then decided to put wiring detail at the back of each dial using fine copper wire painted black. Before closing the fuselage halves on the completed tub, I assembled Eduard's pre-painted seatbelts and installed them on the weathered bucket seat. The superbly rendered Eduard seatbelts really added life to the already busy cockpit. I highly recommend it.

Next step went to the installation of a wing spar (Part D4) which goes at the bottom of the cockpit tub. This serves to ensure correct dihedral for the main wings, as well as reinforcement to the wing halves themselves. Both the left and right elevators were also provided with mating internal stubs that would ensure proper 90-degree alignment with the plane's rudder. Congratulations, Hasegawa for these innovations.

Going on to the main wings, one should take time to repair some molding sink marks evident on the top and undersides of the main wings. These should not be very hard to do using masking tape and some filler putty. Other than these, the wing assembly went together well with minor sanding on the leading edges for a smooth effect. I painted the wheel wells using Gunze Sangyo Chromate Yellow Primer No. 352. Note that this interior color should also be used for the engine cowling's innards.

The engine was tackled next with no assembly issues except for the addition of ignition wiring made of fine copper wire. Except for the crankcase which was painted with Tamiya Neutral Grey (XF-53), the engine was treated with Alclad II Duraluminum, given a Black & Burnt Umber oil-wash and finally dry-brushed with Tamiya Chrome Silver (X-11) to bring out the cooling vane and bolt details. Aside from the decal of the "Pratt & Whitney" logo provided for the engine's crankcase, I also added an engine data plate from my decal spares container. After completion, I found myself staring in amusement at a very good replica of the R-2800-59 (2,300hp) engine. The 4-part cowling was then constructed around the engine and the closed cowl flaps (Part B20) used to complete the assembly.

Moving on to the beautifully rendered main landing gear parts, I only needed to add brake lines made from fine electronic wire, as well as drill lightening holes on the oleo scissors. I spray painted these with Alclad II Stainless Steel which gave a very nice and durable metallic finish. I didn't install the main and tail gears until after painting of the whole fuselage was completed.

The flaps were then assembled in the down position, using the alternate parts for the actuator arms (D2, D3 & R5), and attached to the main wings. This was followed by assembly and attachment of the bomb/fuel tank racks for the wing undersides. The two (2) 500 lb. bombs were tackled next and given an overall texturing using Mr. Surfacer 500 to achieve the coarse feel on the real things. These were painted Tamiya Olive Drab (XF-62), decaled, weathered and set aside. The kit provides a choice of both the Hydraulic Hamilton-Standard Propeller used on the early P-47D-25/26, as well as the Curtiss-Electric Symmetrical Paddle Propeller used on the P-47D-27 and later models. I used the latter together with the late-type gun sight (Part D27) which is listed as "parts not for use". These were painted and also set aside for later installation. 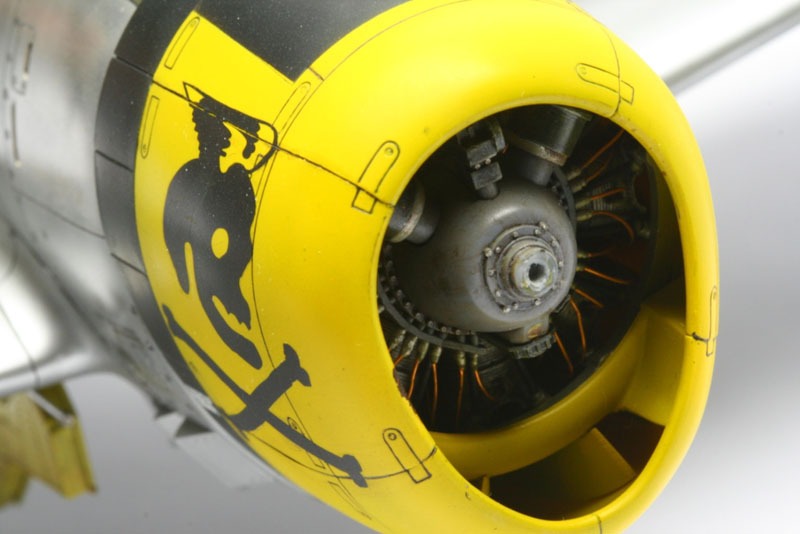 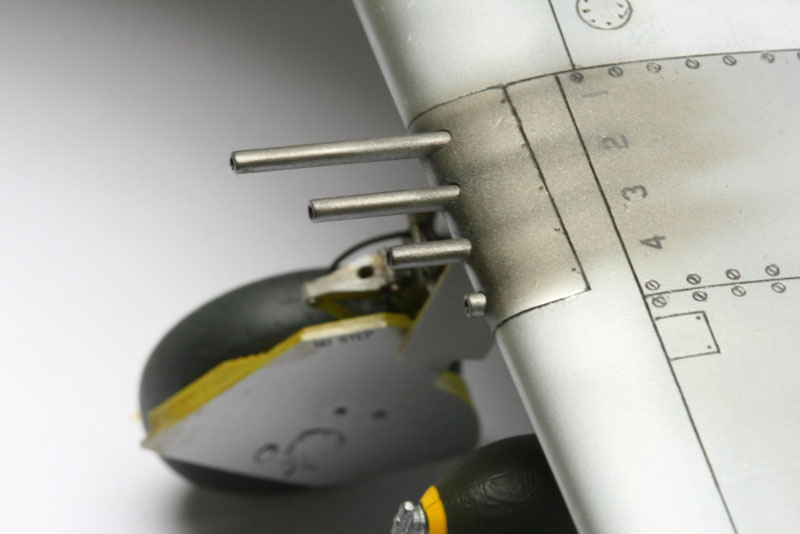 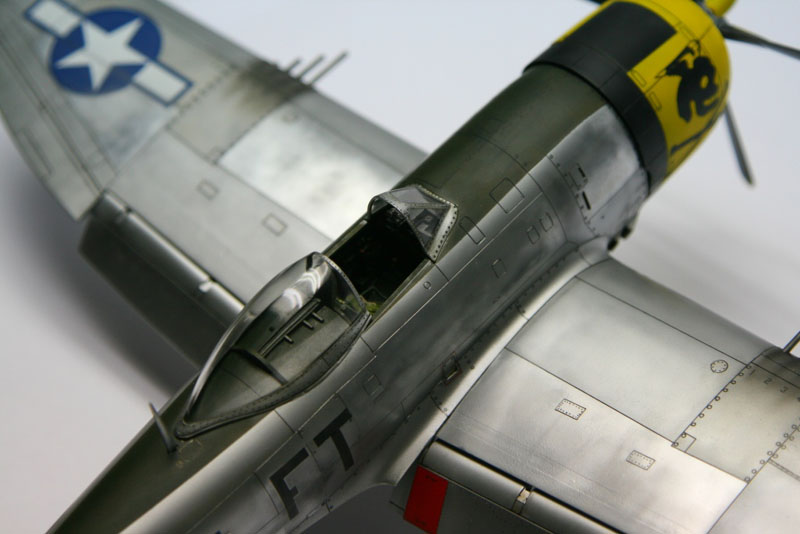 For this model, I deviated from my usual painting routine to try a new technique I learned to simulate NMF.

After wiping the model clean with Isopropyl Alcohol to remove oils and molding residue, I used Tamiya Rubbing Compound to polish the surface prior to painting. Next, I used a 0.1 drafting pen to draw on all the recessed panel lines and rivets. After this was done, I directly sprayed Future Floor Polish on the whole model. This was again done with a day's interval between sprays. This method serves to: 1) Seal the panel lines I made using the drafting pen; 2) Protect the plastic from the Alclad II paints I was about to use; and 3) Provide a primer coat on which the Alclad II paints could adhere properly. When it was time to paint the NMF, I first sprayed Alclad II Duraluminum on the entire model, taking care not to paint over the drawn panel lines and rivets. I let this first coat dry hard for 48 hours under a plastic bin to prevent dust and lint from sticking on the wet surface. As I wanted to do minimal panel shading on the model, the other Alcald II paints used were Chrome Silver and an 80/20 mixture of Duraluminum and Jet Exhaust. The latter was used on the gun bay access doors, gun blast tubes (which I drilled out) and leading edge covers while the Chrome Silver was sprayed on the aircraft's underside and fuselage side panels since these areas were not subjected to foot traffic as compared to the wings. The cowling was sprayed next with Gunze Sangyo Yellow No. 329 then masked accordingly. I used Tamiya Semi-Gloss Black (X-18) on both the upper portion of the cowling and cowl flaps. For the anti-glare color which ran from the front of the windscreen to the back of the canopy, I sprayed on the same Bronze Green mixture used for the cockpit.

While the paints were again left to dry, I worked on the canopy and windscreen. After dipping all the clear parts in Future Floor Polish and giving them ample time to dry to a shiny finish, I masked off the canopy and windscreen using Tamiya Masking Tape. I first sprayed each part with the Bronze Green mixture used for the cockpit followed by a topcoat of Alclad II Duraluminum. The canopy and windscreen, together with the other parts set aside prior to painting of the airframe, were installed next to complete the model. I added fine fishing line, painted Tamiya Gun Metal (X-10) to represent the aerial which extended from the base of the antenna mast to the tip of the rudder. 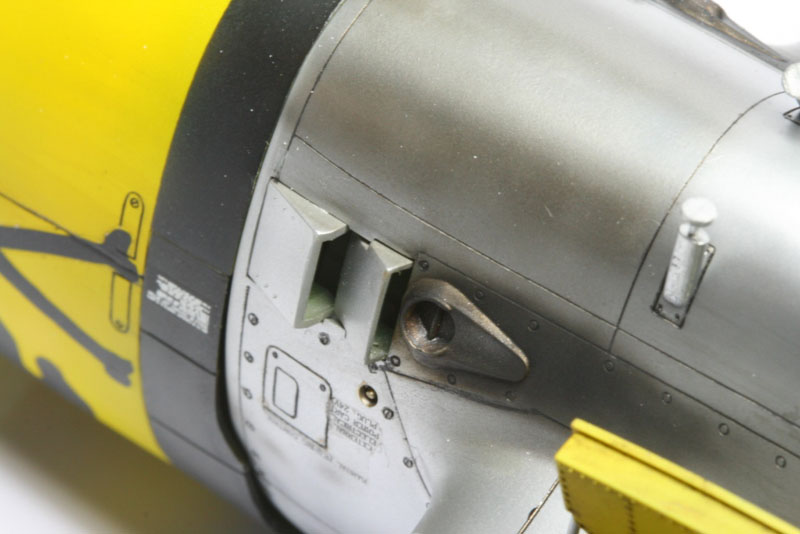 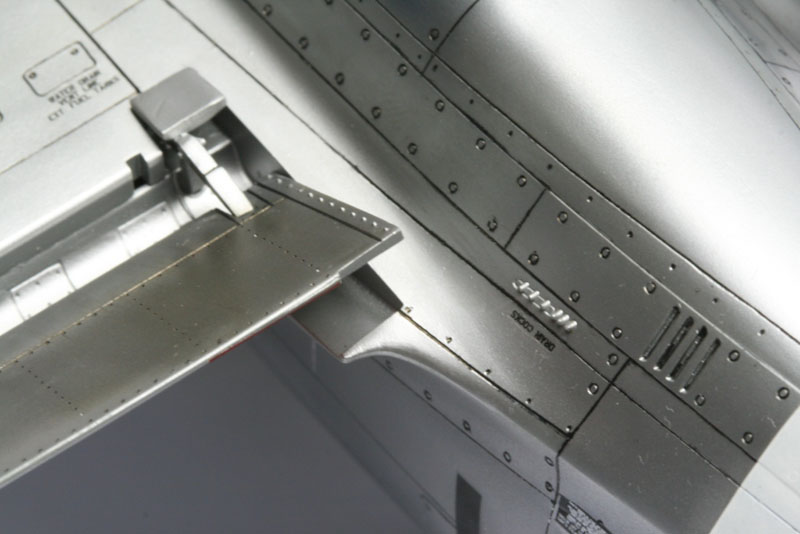 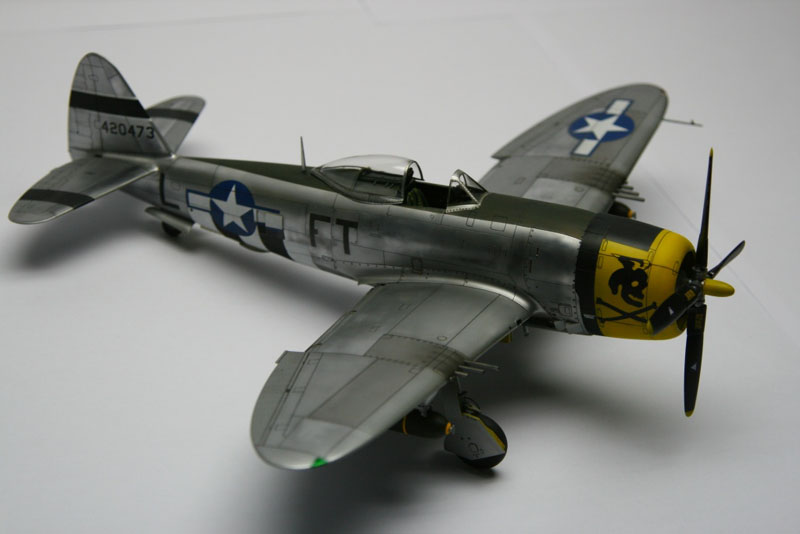 When the paint completely dried, I lightly buffed the entire model using a soft, lint-free cloth to bring out the luster on the panels. Buffing proved to be very rewarding because some panels showed patches of discoloration just like the real "McCoy". The areas where decals will be placed were next given a light coat of Future Floor Polish. The kit's decals were adequate and easy to use with ample amounts of Solvaset to make them settle properly on crevices and raised details. After all the markings and stencils were placed, the entire model was again sprayed with Future Floor Polish in preparation for the oil-wash and pastel weathering to follow. A thin mixture of Black & Burnt Umber oils with White Mineral Spirit was applied to the main and tail gears, wheel wells, supercharger vents and supercharger housing assembly. Exhaust stains were replicated along the undersides using a sprayed on thin mixture of Tamiya Flat Black (XF-1) and Red Brown (XF-64). Minor paint chipping, using Tamiya Chrome Silver (X-11), was dry-brushed on the propeller. As a final touch, ground pastels mixed with Isopropyl Alcohol were applied on areas like the engine cowling and exhausts. 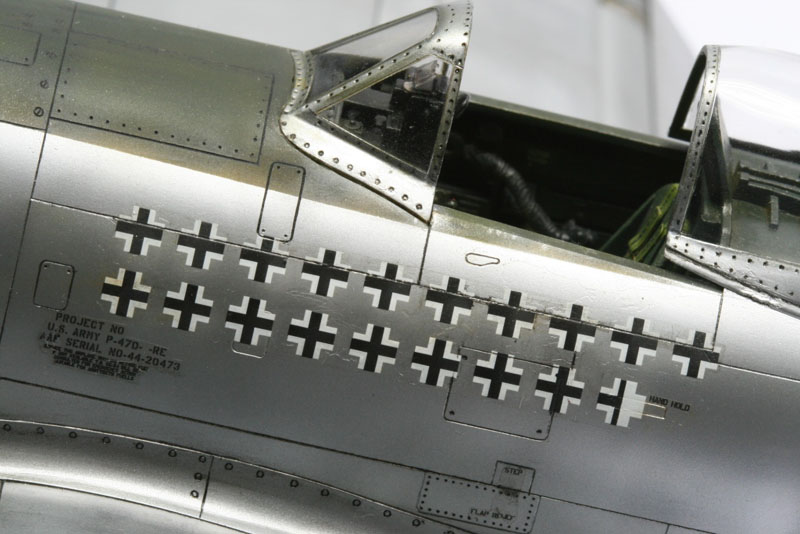 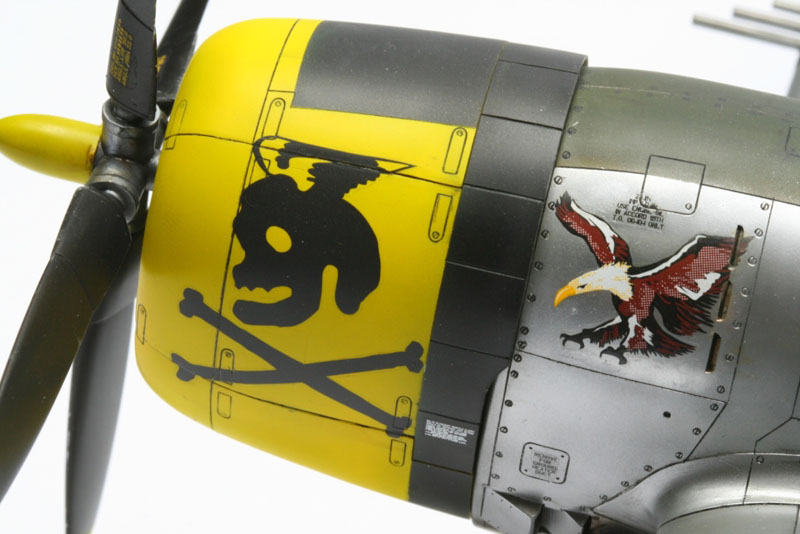 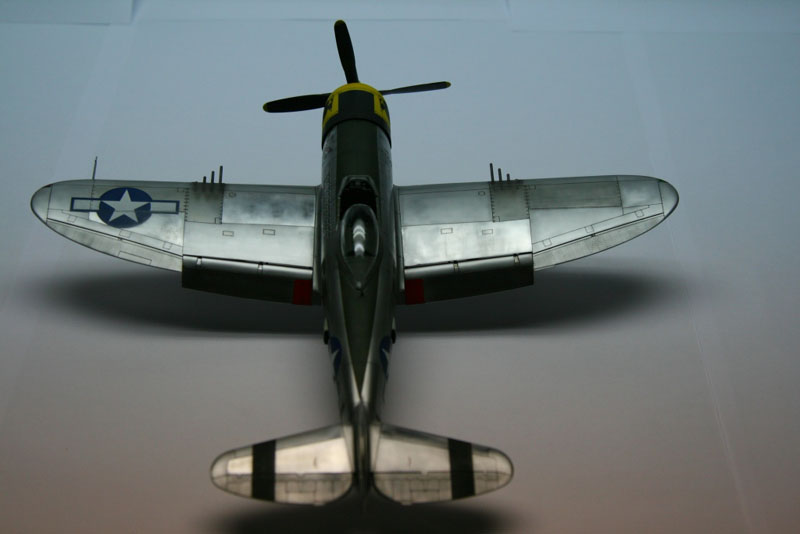 I have always admired Hasegawa for their excellent molding and quality kit engineering. This is one kit that shouldn't be passed up by experienced aircraft modelers, and those planning to venture into 1/32 scale modeling for the first time. It affords beginners an inexpensive (compared to new "high-tech" releases in 1/32 scale by other manufacturers), yet highly-detailed, easy to assemble kit that will make you want to come back for more. My efforts were rewarded when this model got 1st place in the 1/32 scale category of IPMS-Manila's open competition held in one of Manila's prestigious malls last November 2007. I highly recommend this kit for excellent quality and ease of construction. 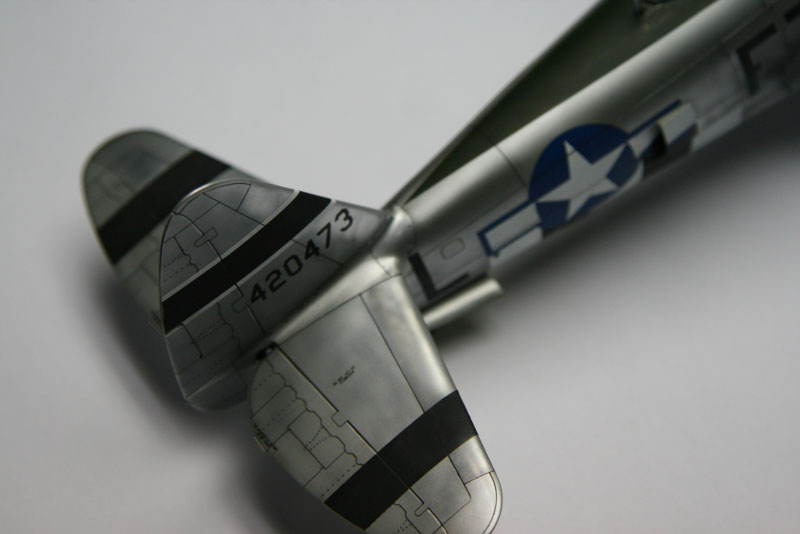 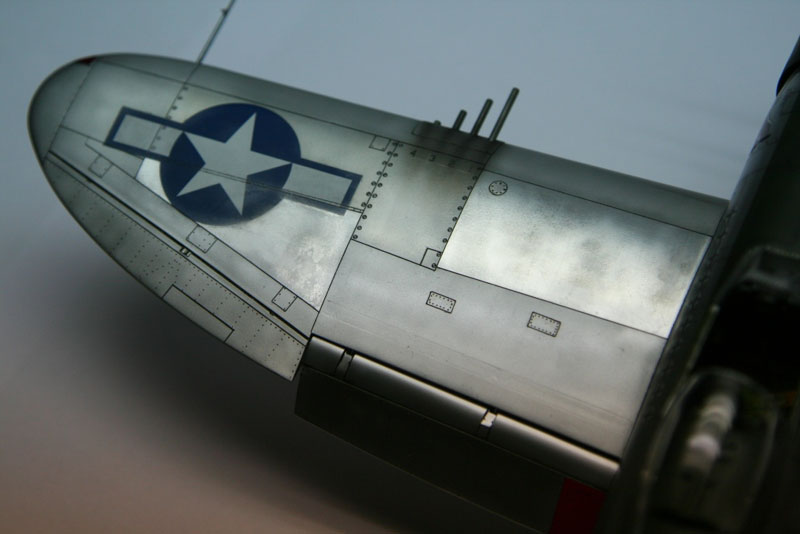 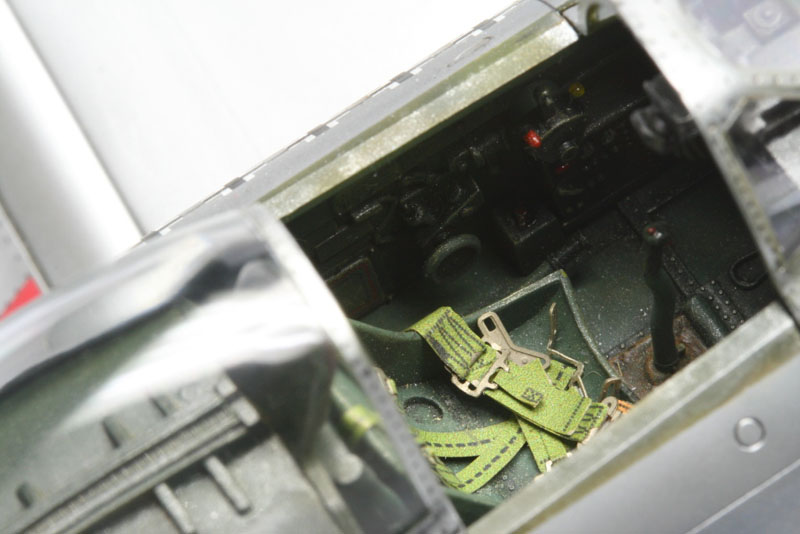 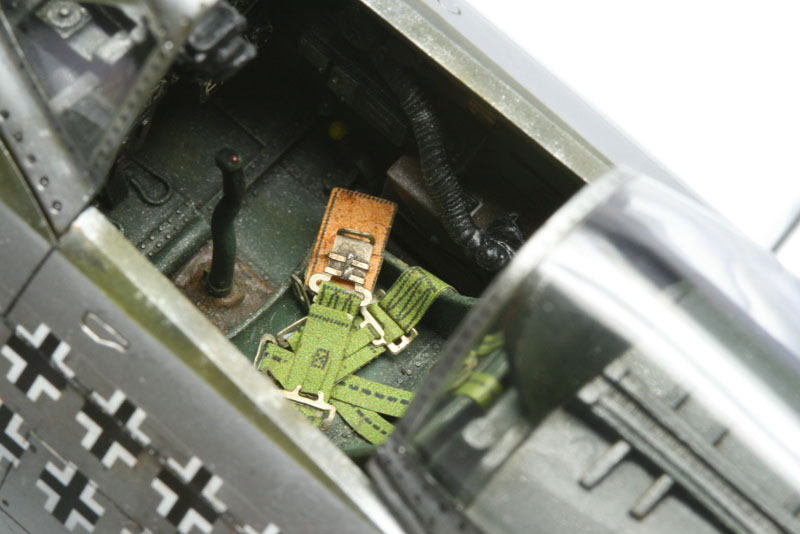 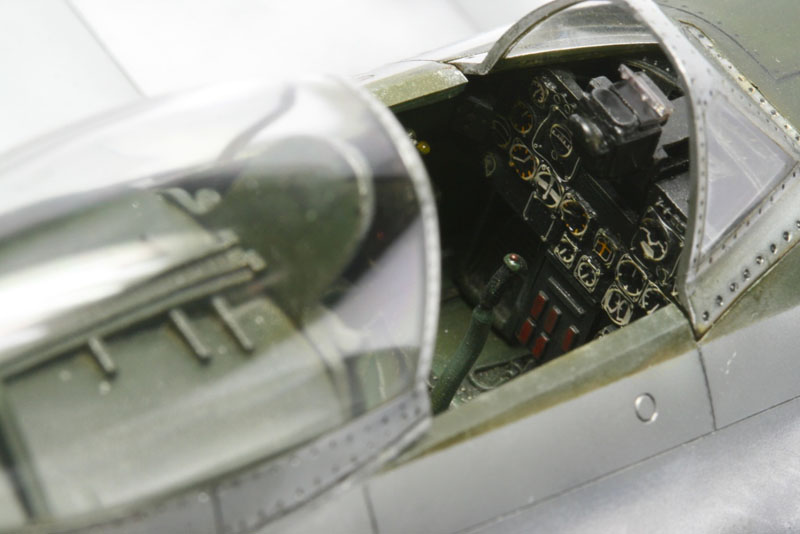 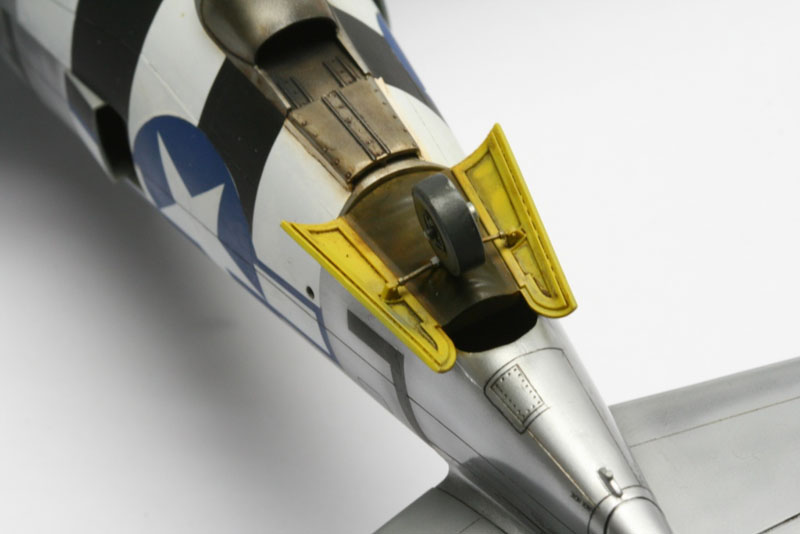 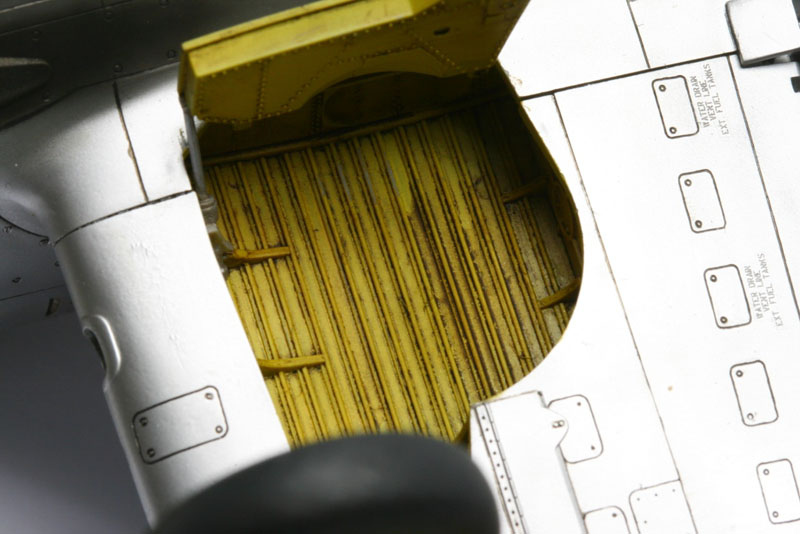 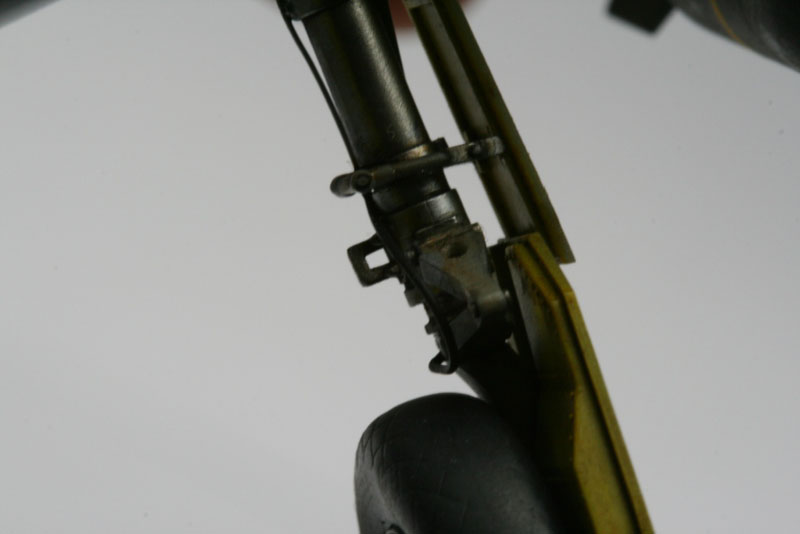 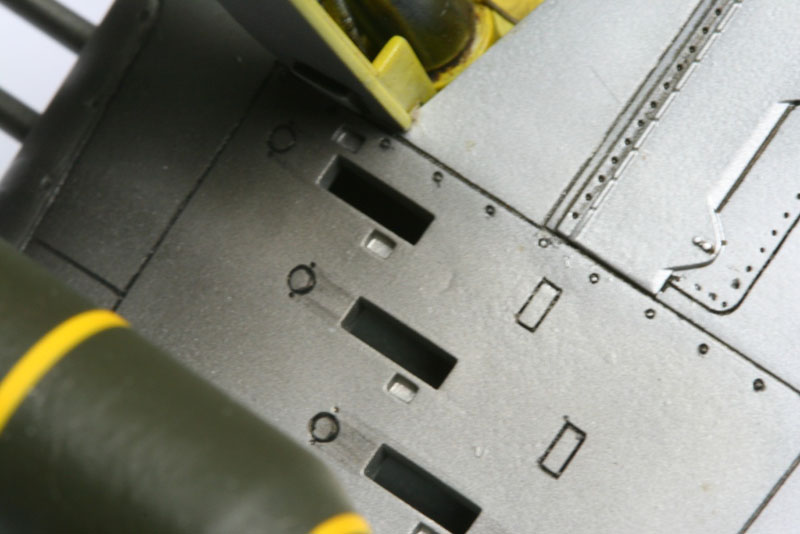 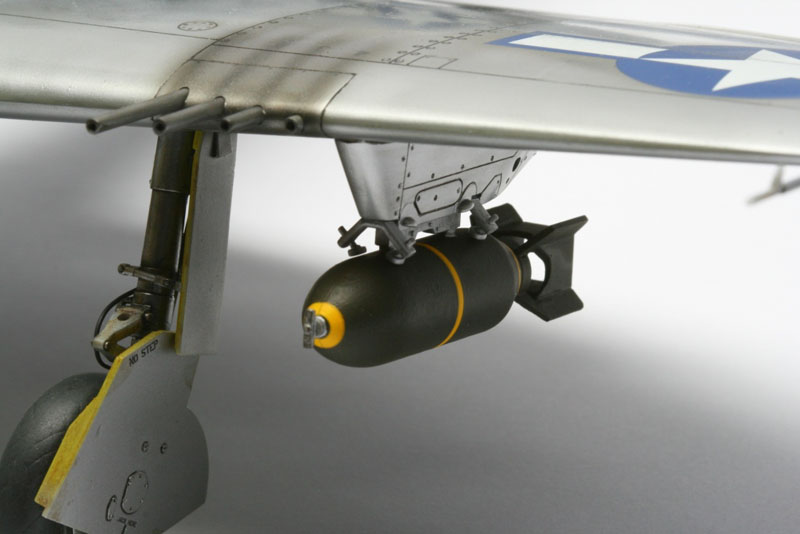 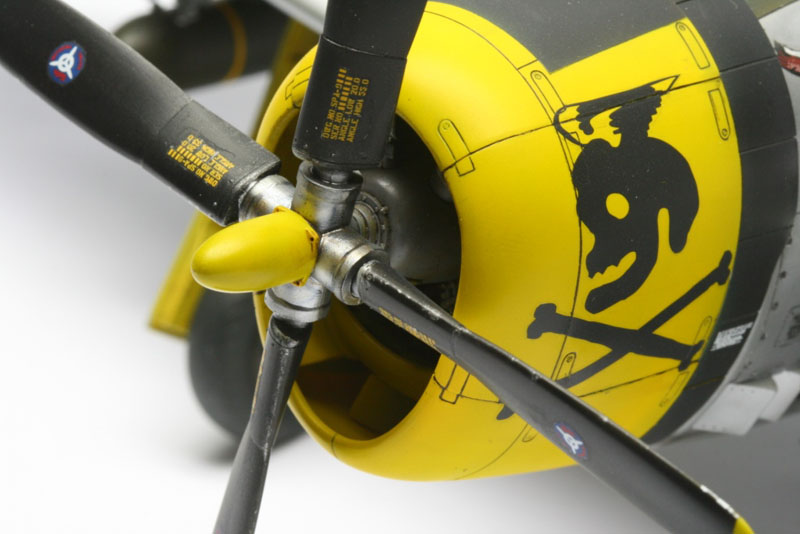