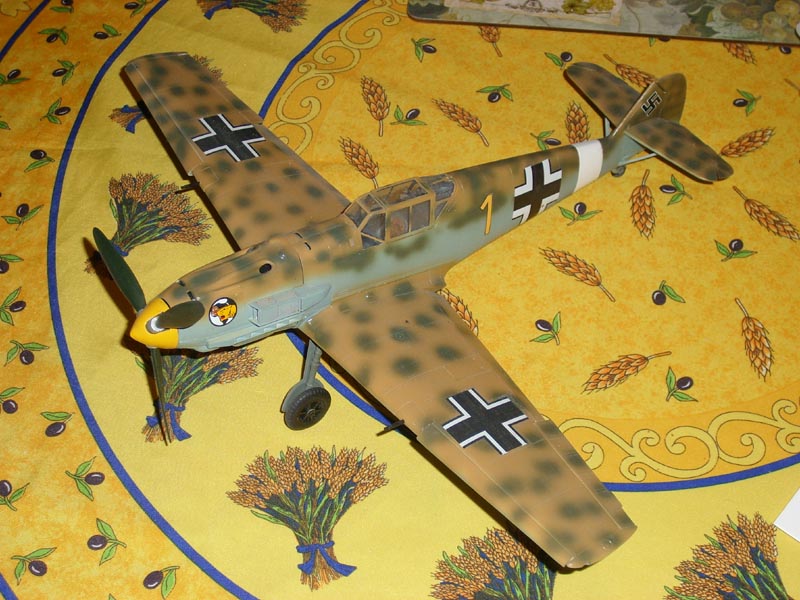 The kit is the Airfix 1/24th and has had a few scratch built items. The kit is not quite finishes yet. It has had the field made dust filter scratch built.

The last part is the shutter for the end of the filter, which was not finished in time for the picture.

I replaced most of the items in the cockpit with scratch built ones for better definition.

I added the pilots back cushion from Milliput. Again, I had not painted the pilots seat belt straps in time for the picture and to add insult to injury I knocked the radio mast off the cockpit. Markings are a mixture of kit decals and after sales manufacturer.

The Yellow 1 is possibly fictional as I am assuming that there was an aircraft so marked.

The wheel bays have been scratch built and I am in the process of making the zipped canvas covers for the internal structure.

So far all the materials I have tried have not looked right, suggestions anyone?! Lastly the spinner was converted from the kit one to the solid pointed capped version.

Paints are Xtracolour and the scheme was based on the illustration in the Squadron/Signal Bf 109 In Action Part 1. 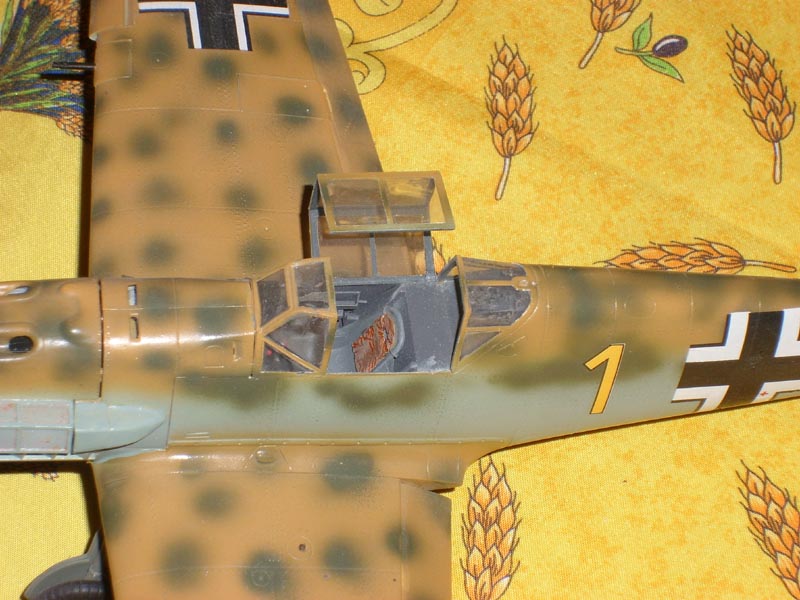 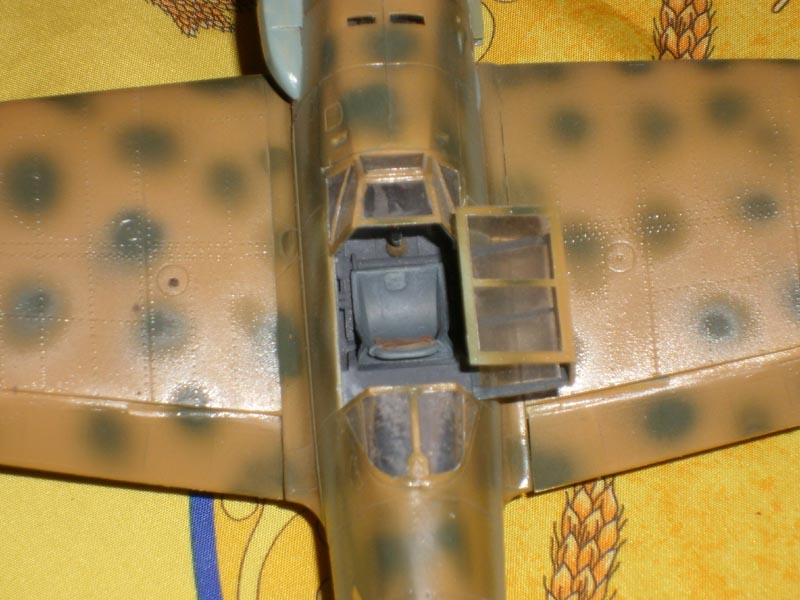 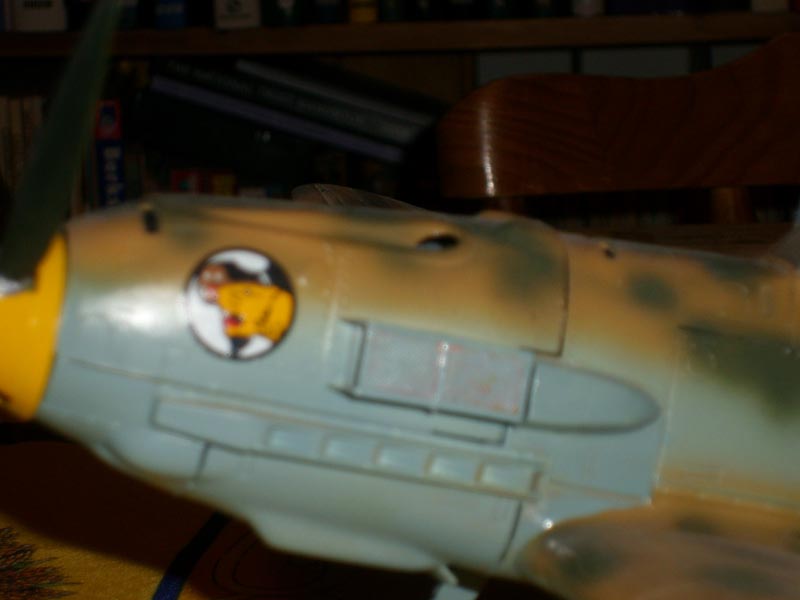 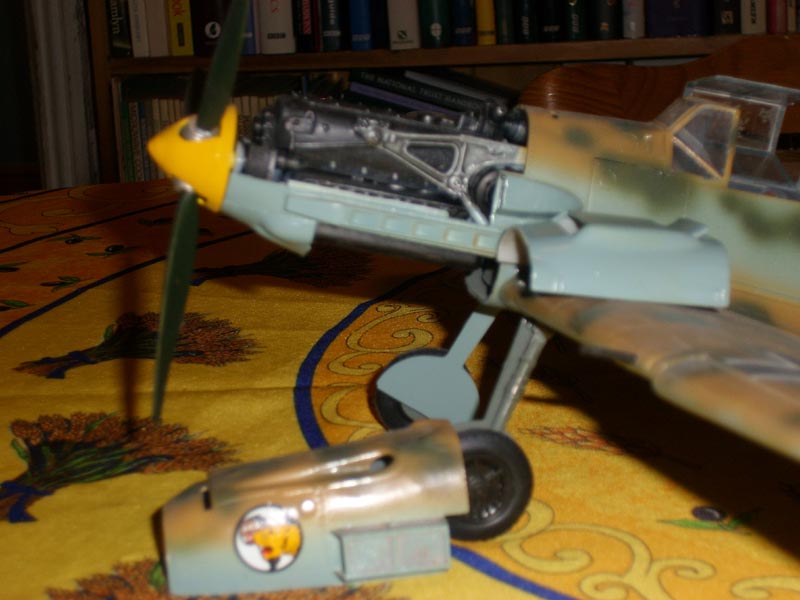 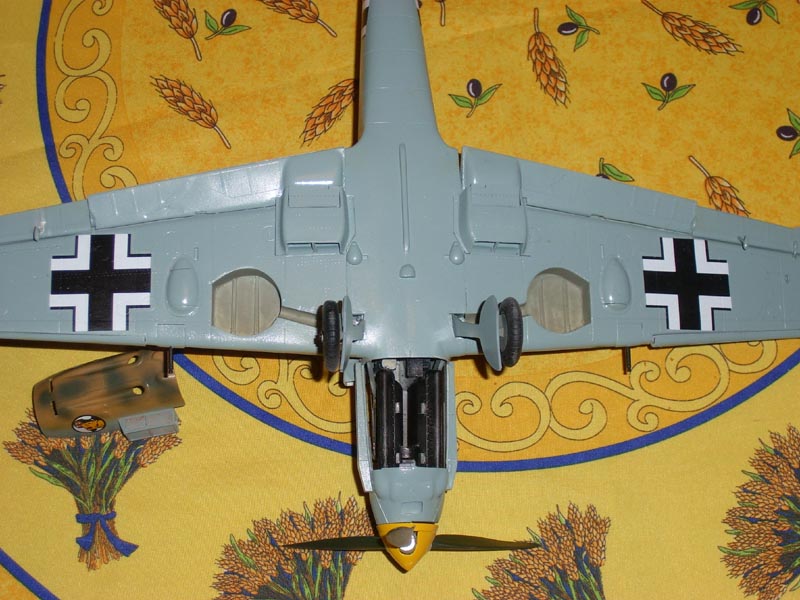 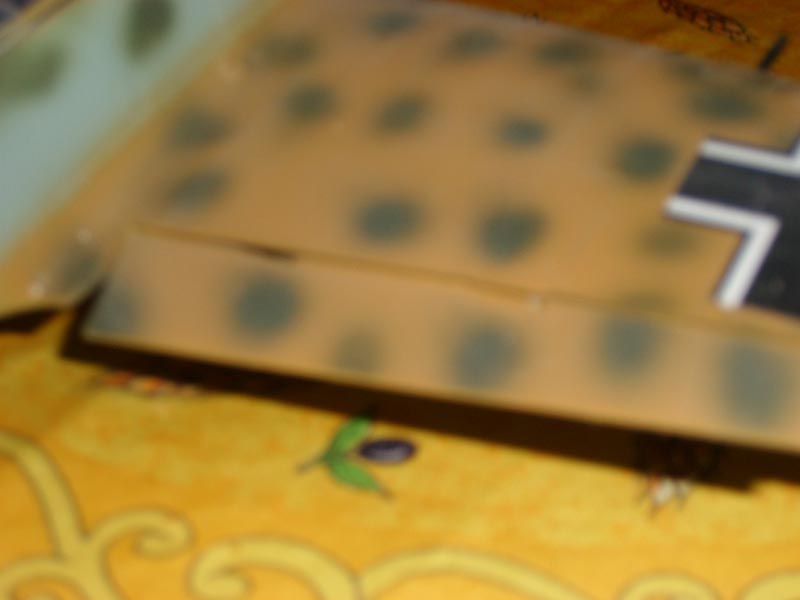 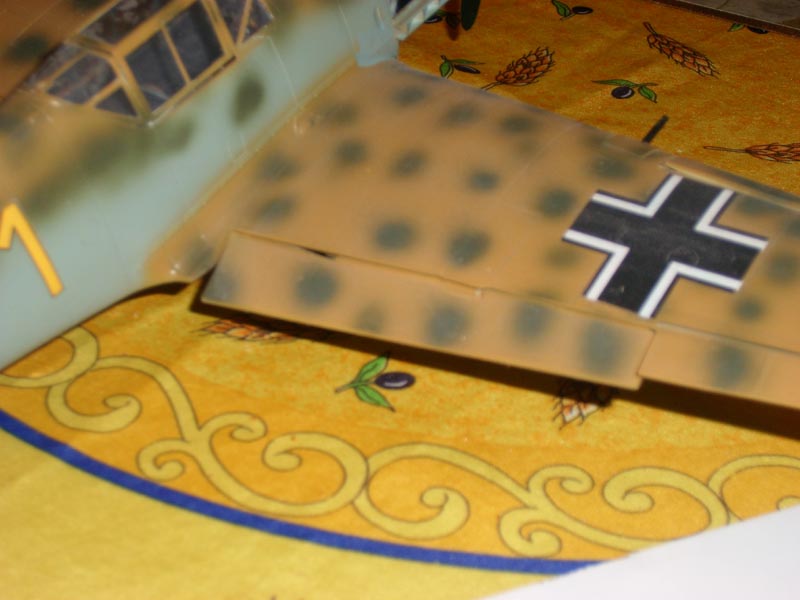 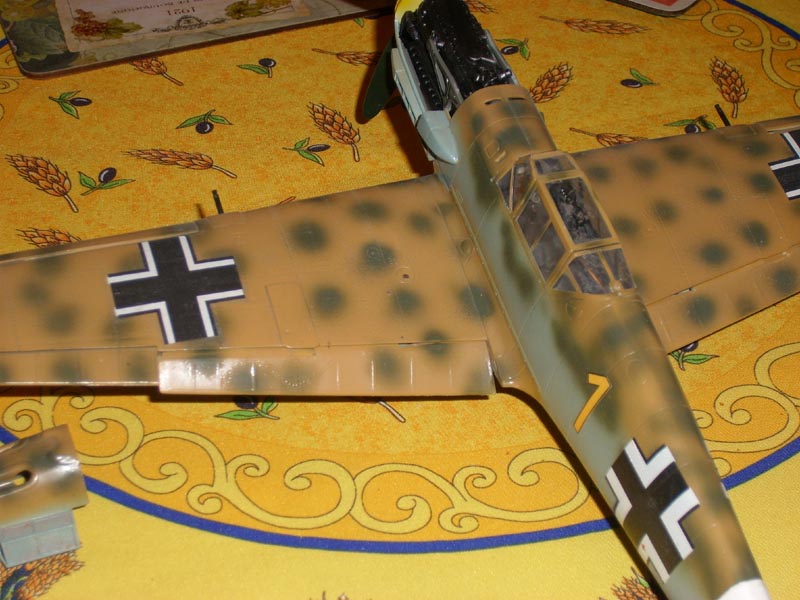