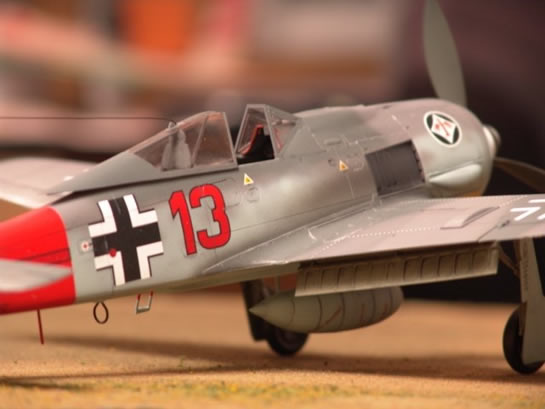 The A-8 was the last and most produced variant of the Wurgerbird (Butcher bird). It was also the most heavily armed. With two nose mounted 13mm MG 131’s and four wing mounted 20mm MG 151 cannons it presented a tremendous weight of fire. This was used to great affect against the ever increasing 8th AF bomber streams penetrating the German Reich on almost a daily basis in 1944 and 1945. 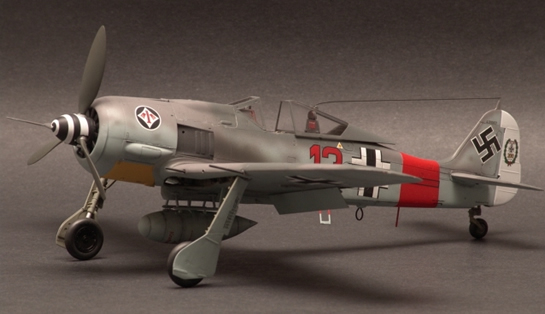 The new tool Hasegawa Dora is the basis for the Anton version. With a new fuselage the Anton shares a great many parts from the Dora (only natural since the Dora was developed from the Anton). Fit is excellent and the panel lines are nicely scribed. The cockpit is identical to the previously released Dora. The only fault is there are no seat belts. Easily fixed however, with the CE set. The BMW engine nicely done but you really won’t get to see it once the cooling fan is installed. Unlike the Dora there is no rear ‘accessory package’ that can be seen from the gear bays. 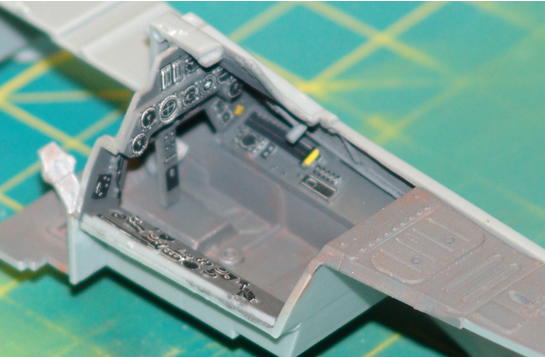 Very little putty or filler is needed with this model. The cowl takes a bit of careful dry fitting since it’s made up of several pieces rather than two halves like you might expect. Some folks have experienced trouble with getting the cowl to fit around the engine but I didn’t experience this. What did happen was when I went to fit the cooling fan to the stub ‘prop shaft’ it was off center with respect to the cowl ring. Rather than trying to trim the fan I removed the ‘stub shaft’ and drilled out a larger hole in the front of the crankcase. I then glued the ‘stub shaft’ to a 1/8” dia piece of Plastristruct tubing. The ‘stub shaft’ still allowed installation of the prop and spinner using the polycap. Then I drilled a 1/8” hole in the cooling fan and press fit the fan to the Plastistruct piece. The Plastistruct piece then was inserted into the oversize hole in the crankcase and allowed the cooling fan to find it’s own center of the cowl ring. A few wraps of tape around my new prop shaft and it fit snugly into the engine without glue. Problem solved. 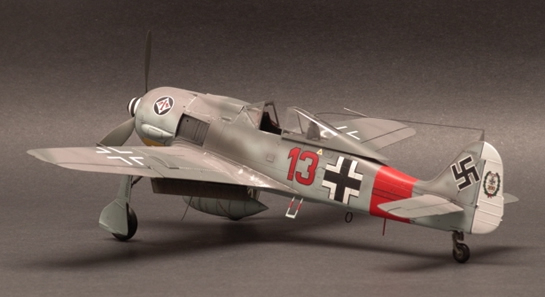 I opted not to use the kit decals and instead chose to use Eagle Strike Editions Rammjagers, pt 3. I’ve always liked Red 13, flown by Heinz Bar. By the time he flew 190s in JG-1 Bar was already an accomplished ace. Fighting in the Med and on the Eastern Front he tallied up over 170 kills. In addition to being a great fighter ace he excelled at killing bombers. He used the Fw 190 to great effect bringing down B-17’s over Western Europe. The model was given a primer coat to find any flaws then I painted the majority of the plane with PollyScale acrylics. The only color that was enamel was the RLM 74. For that I used MM enamel. PollyScale’s RLM 74 & 75 are too close in color to one another. Once the basic colors were done I painted all the other areas that were to receive colors with a base coat of white. Once the white areas were done I masked of those that would remain white then painted RLM 04 yellow and RLM 21 red. 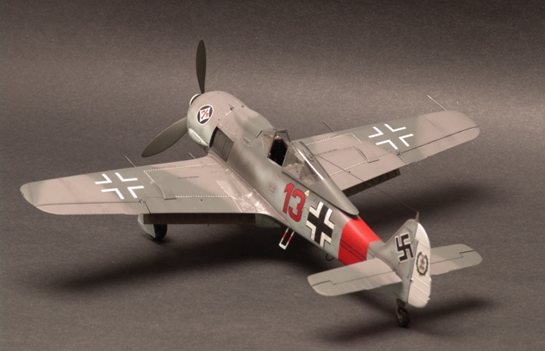 Now it was time for a gloss coat of PollyScale clear, gloss acrylic in preparation of decals and panel line wash. I used thinned, black enamel for the panel wash followed by decal application and additional washing. Exhaust stains were a combination of Tamiya smoke and PollyScale grimy black. 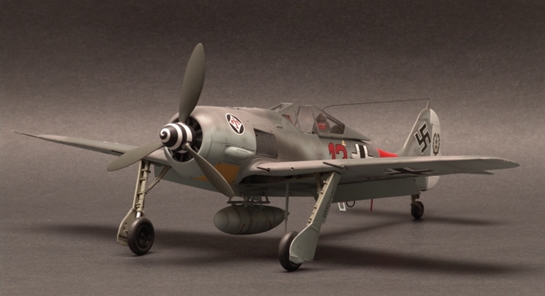 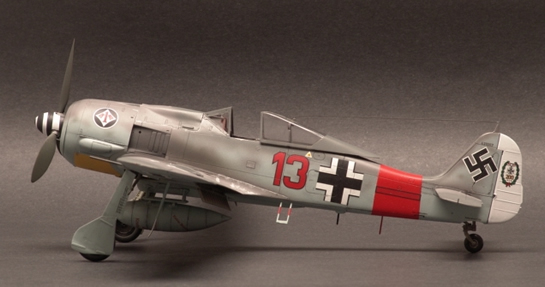