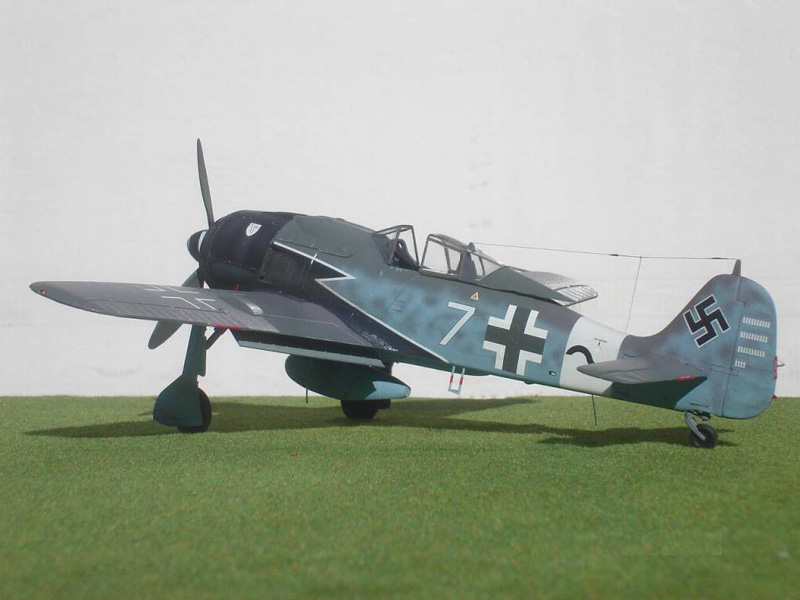 This is the early Hasegawa Fw 190A kit that I was able to pick up quite cheaply from the Internet. The kit had already been built and I purchased it as a fixer-upper.

I decided to build it as a low budget project during the "Under $50" Group Build here in the Large Scale Planes Forums. This meant only replacing damaged or missing parts without using aftermarket items. Decals were allowed though.

So I started by dismantling it and digging through my parts box for replacement parts. 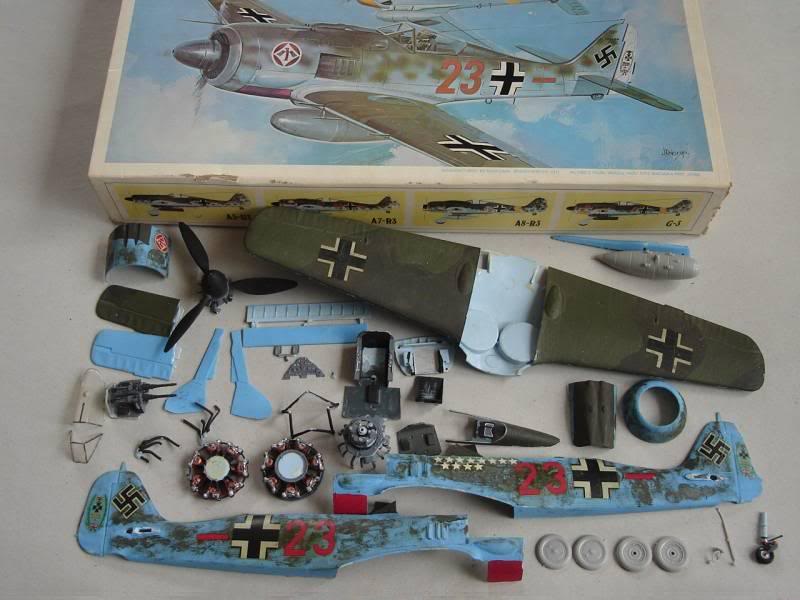 Next I attempted to remove the paint and put the whole thing back together. 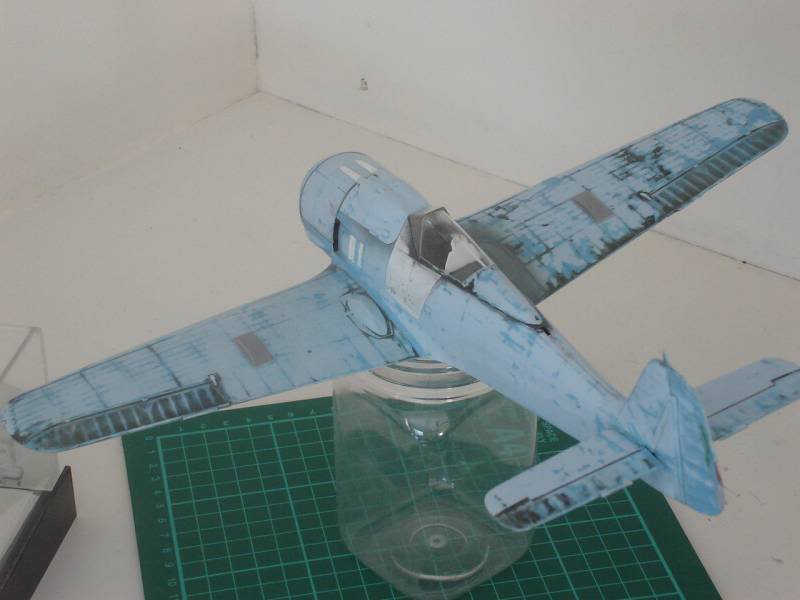 After adding a few scratch-built items, some bits from the spares box and some very nice EagleCals: 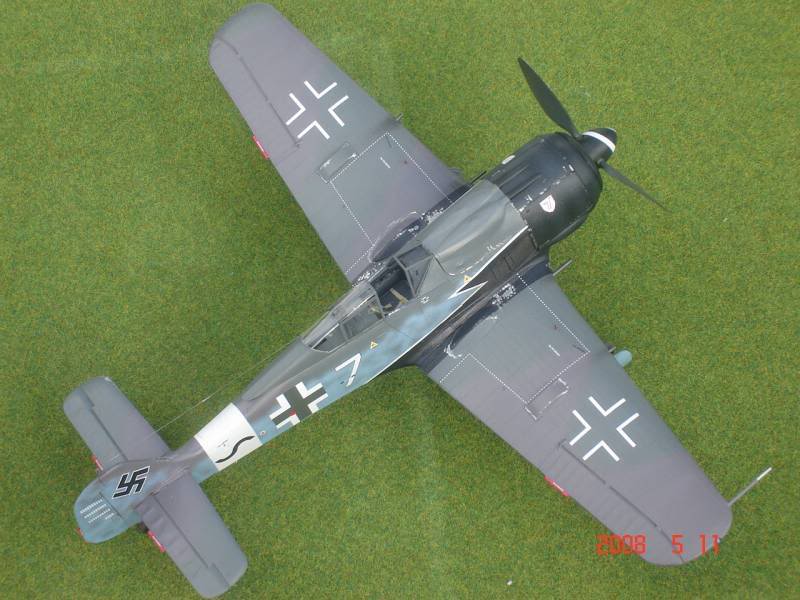 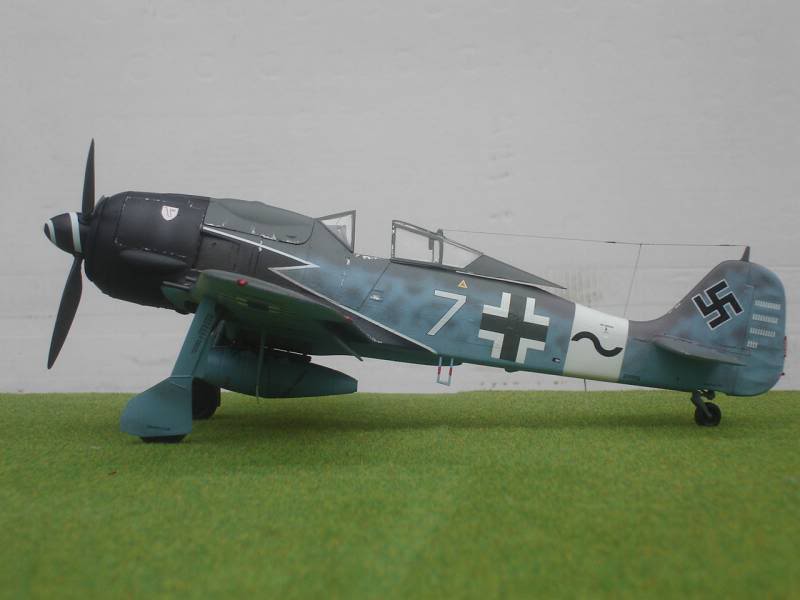 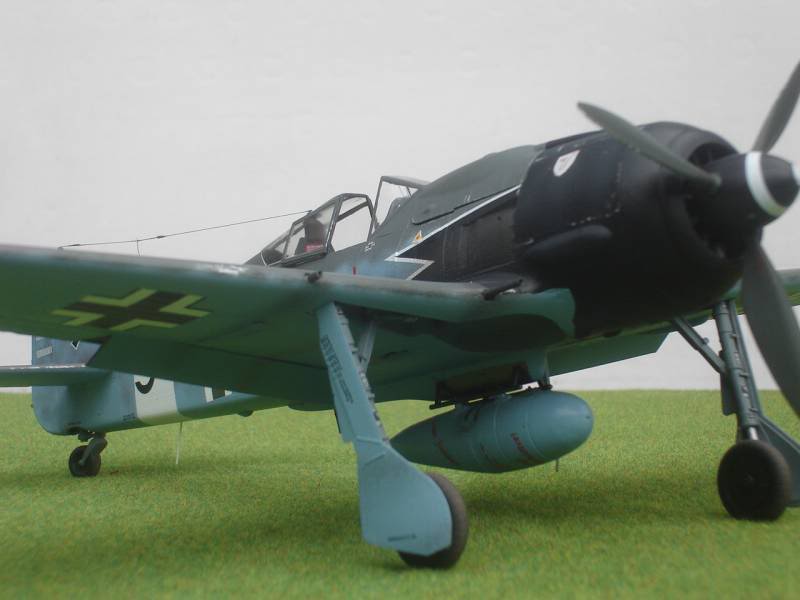 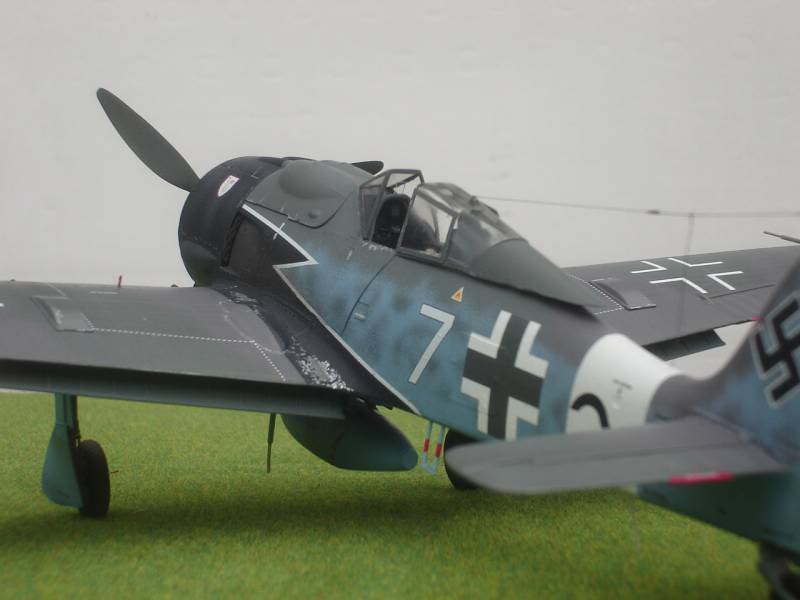 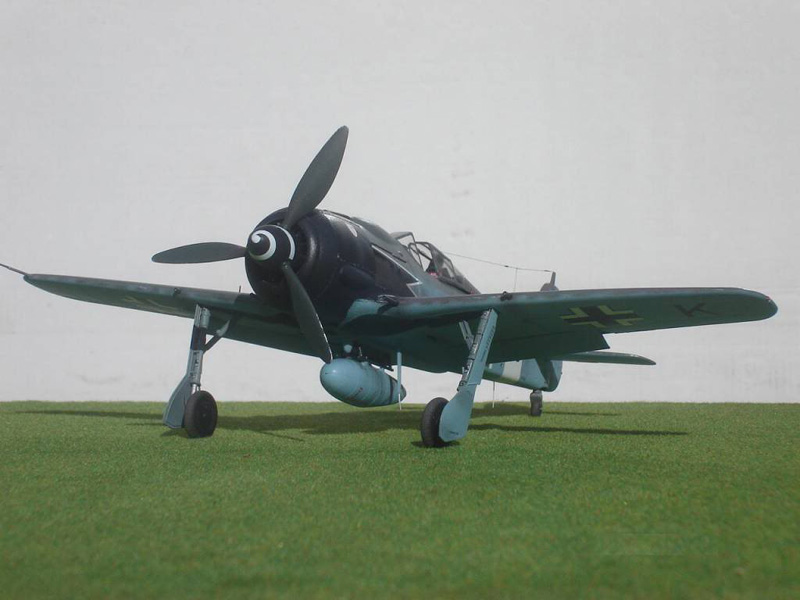 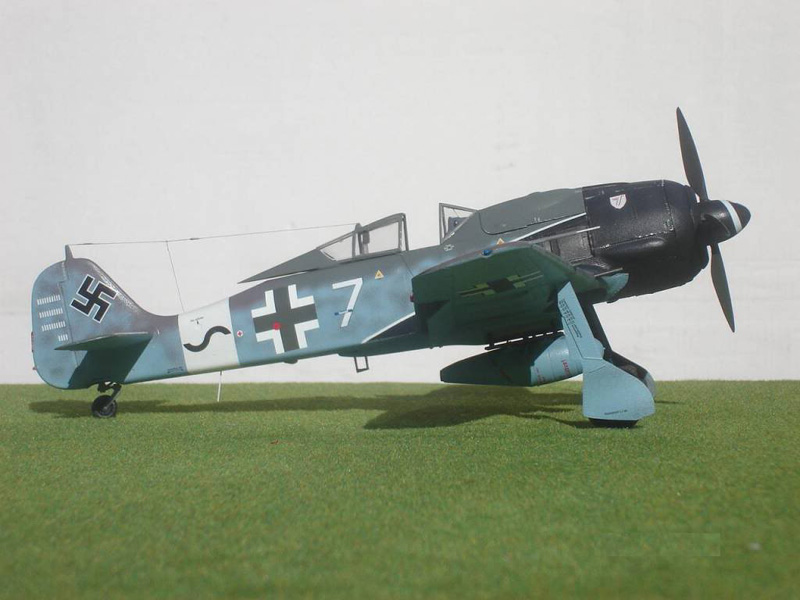