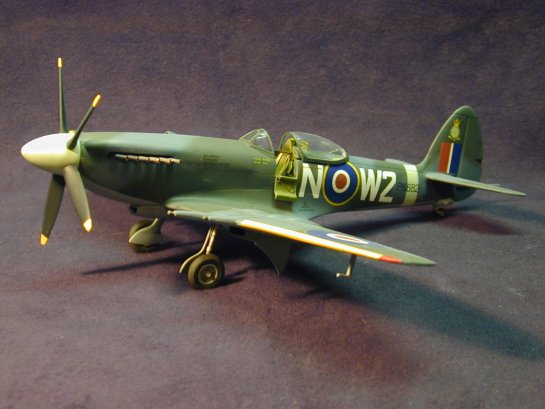 This is a 1/32nd scale Matchbox Spitfire Mk 22/24 built by local modeller, Ken Matras. It is completed in the markings of a Mk 24 Spitfire with 80 Squadron Sqn RAF. Similar to the Bf 109E released from the same manufacturer, this aircraft has overscale surface scribing. Ken felt that this would not detract from the completed model, however, interior detail was rather sparse, so the cockpit would need some additional detailing. 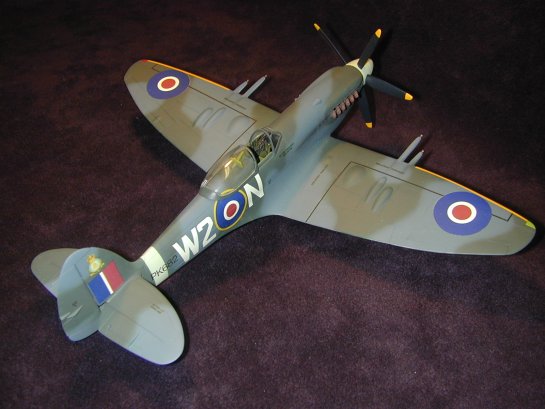 Parts from the 1/32nd scale Hasegwa Mk Vb Spitfire were used to add further details to the cockpit. The interior was painted RAF interior green after adding all the necessary details. The larger side wall components were then painted flat black and drybrushed with silver paint to bring out the highlights. Seat belts were added, made from paper and Waldron 1/32nd scale buckles. 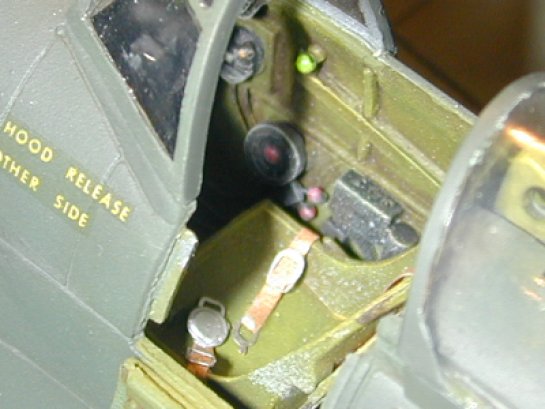 The rest of the kit was completed out of the box. The only additional detail Ken added was wire screen for the radiator fronts and fine wire for the brake lines. The wings on the Matchbox kit can pose difficulties, as they are molded in multiple pieces. The wing roots are molded separately from the wings and fuselage. Ken informs me that this can lead to alignment problems, so the modeller must exercise caution during assembly. 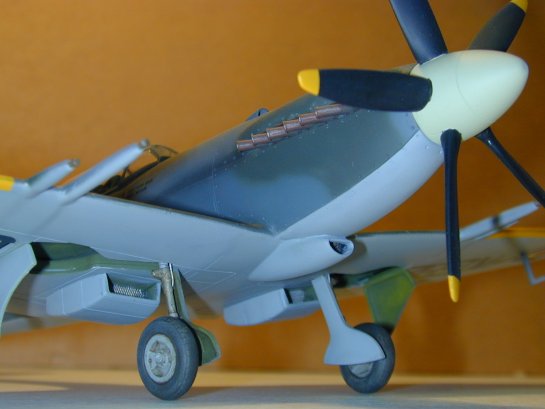 The model was completed with floquil paints in its RAF scheme of dark green and ocean grey for the upper surfaces and medium sea grey on the undersides. A final coat of clear varnish was applied to blend the colors together and protect the paint.

Most of the kit decals, while thick, were used throughout. Solvaset and Microsol ensured the markings settled easily into the recessed panel lines. The aircraft serial number included with the kit could not be used as it was part of the Korean War stripes. Letraset dry transfers were substituted. 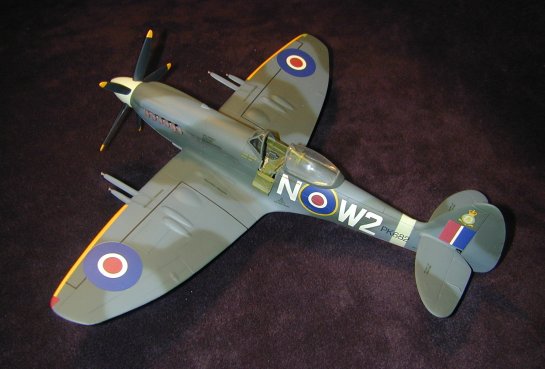 I hope that these photos show that the Matchbox Spitfire in 1/32nd scale can be built up into a nice representation of a late model Spitfire. 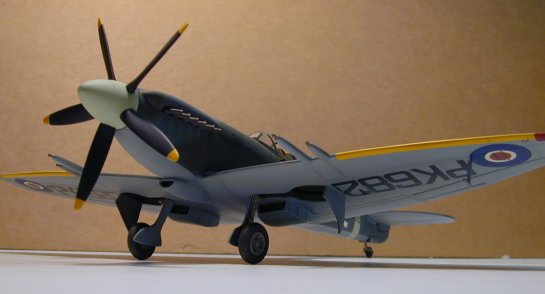