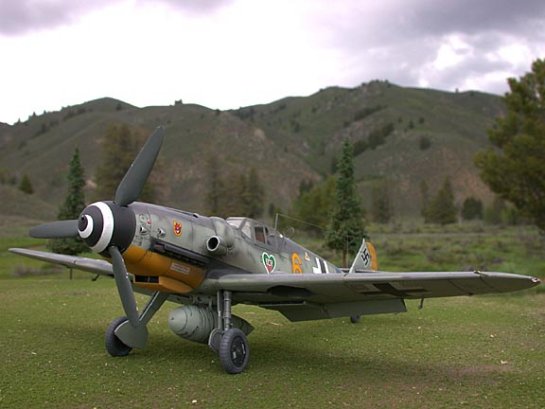 After building the Revell JU-87B a year or so ago, I vowed to hang up my glue and brushes and come out of semi-retirement only when a manufacturer produced a new 109G kit. Hasegawa must have read my comment on this site because it wasn't long thereafter that they announced their new 109G-6 kit! I was so stunned that I pre-ordered the kit and had it built in a couple or so months, devoting maybe 70 hours to the project. Some quick impressions: 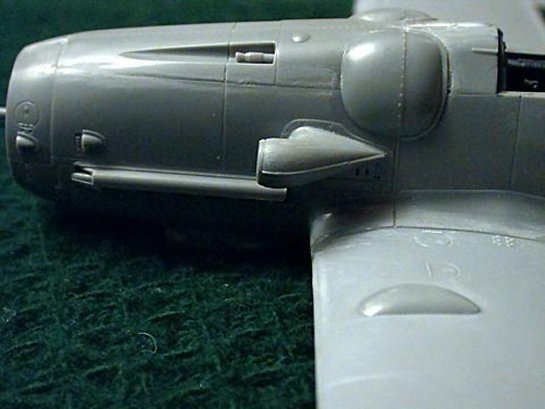 I added bulged tires and made the DF loop out of aluminum, otherwise it is a fairly straight out-of-the-box effort. I ordered some Eagle Cal decals because not only are they flawless and well researched but dealing with the ever-helpful Crandalls is a delight in itself. My aircraft depicts "Yellow 6" of 9./JG 54 flown by Fw. Fritz Ungar in February 1944. I photographed it with a Nikon 995 digital camera. 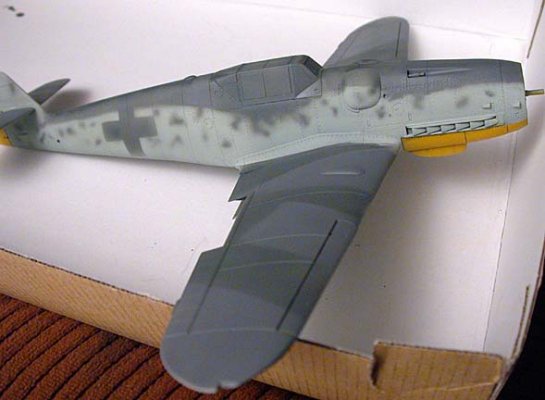 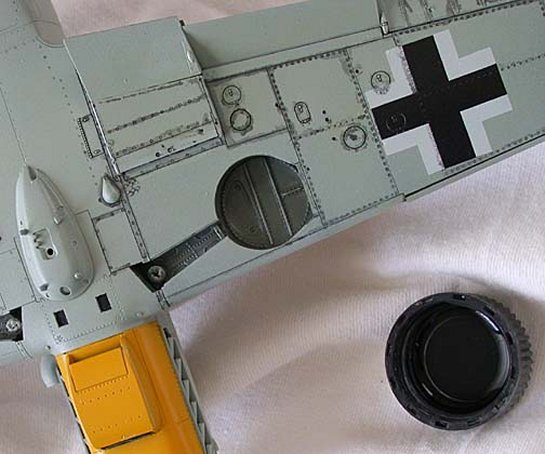 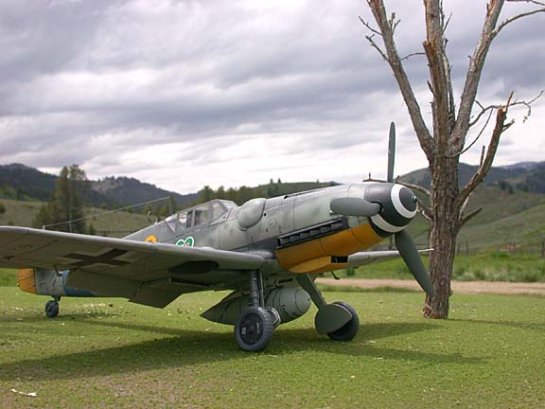