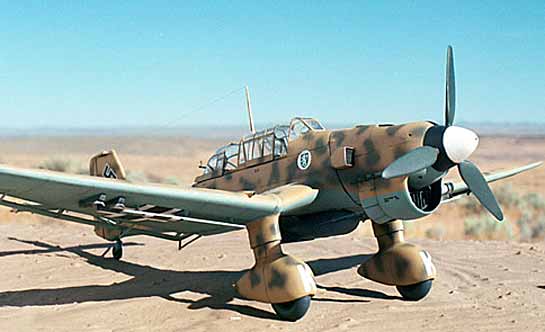 I built this kit on-and-off for the past year. It was tough because I had to sand the raised panel lines and rescribe new ones. In addition, I used Eduards' photo-etched brass detail sets for the interior and exterior. These were nice additions though I was not able to handle the extremely delicate radiator vanes and so scratch built my own. 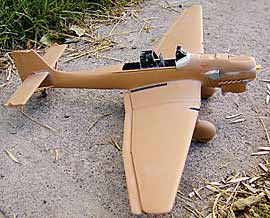 I did a lot of minor alterations to the kit, like opening the top cowl vent. This was a kit that one could devote an endless number of hours customizing. Realizing how time consuming this kit would be, I opted against detailing the engine and glued the cover on it. I also chose to mount the main bomb but not the smaller wing-mounted ones. I liked the brass bomb mounts on the wings and also felt that these bombs were thick and not detailed enough for inclusion. 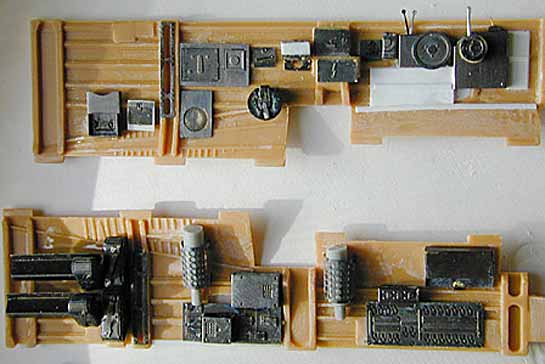 Painting is always the most-stressful but satisfying part of the process. I used my new 5-lb CO2 tank to airbrush Tamiya acrylic RLM 65 light blue below and a coat of tan RLM 79 above. I mixed Model Master enamels to get the RLM 80 brown/green with which I painted the mottling free hand. I did this model differently from previous ones in that I constructed about 90% of the model before even beginning to paint it. I had the cockpit and nose spinner/prop already painted but the rest I did after the main assemblies where joined. The Revell instruction sheet for an aircraft of 1/StG3, North Africa, 1942, didn't quite jibe with my Osprey Combat Aircraft #6 Ju 87 book. I did not paint wing tip colors or letters as shown in the kit's instructions. 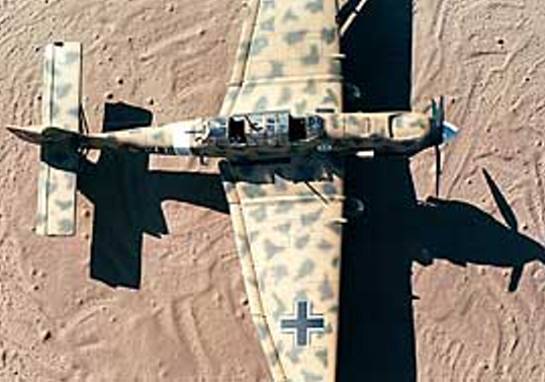 This completed model is huge and is a nice addition to my small collection. My plans are to finish the Hasegawa Me 163 kit I have and then wait for a decent Bf 109G kit to come out. 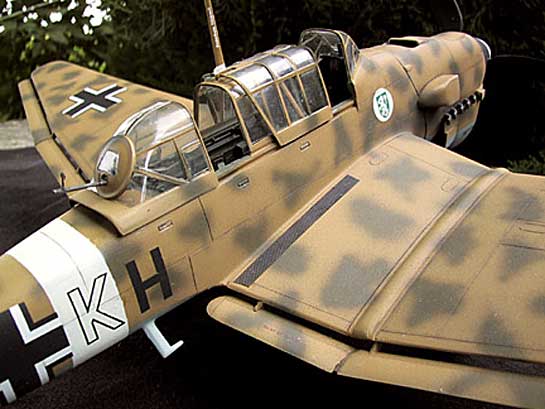 Through the magic of Photoshop, I decided to include myself in a photo of my model! 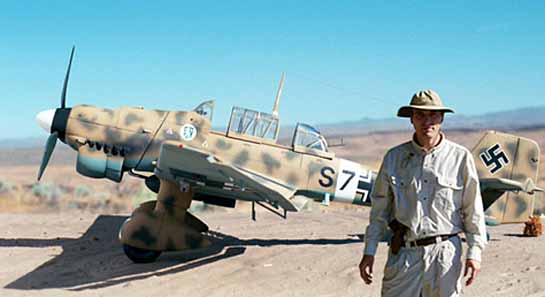