My first ever contribution to LSP. I unfortunately don't have a lot of photos of all that was done to this kit. At the time of building, I used a Minolta 35mm SLR for taking my photos. Attached images are scanned from original prints. It was my habit at the time, and still, to use photos as a visual reinforcement for my description of work done at model contests around the region.

This is a 1/32 scale Revell P-38 Lightning I built roughly 12-15 years ago, I can't really remember. It was my intention to add as much detail as I thought necessary to make for an attractive display, as well as be a competitive model. To that end, several things were done. Several small plates and framing around shell discharge are were done with plastic strips. 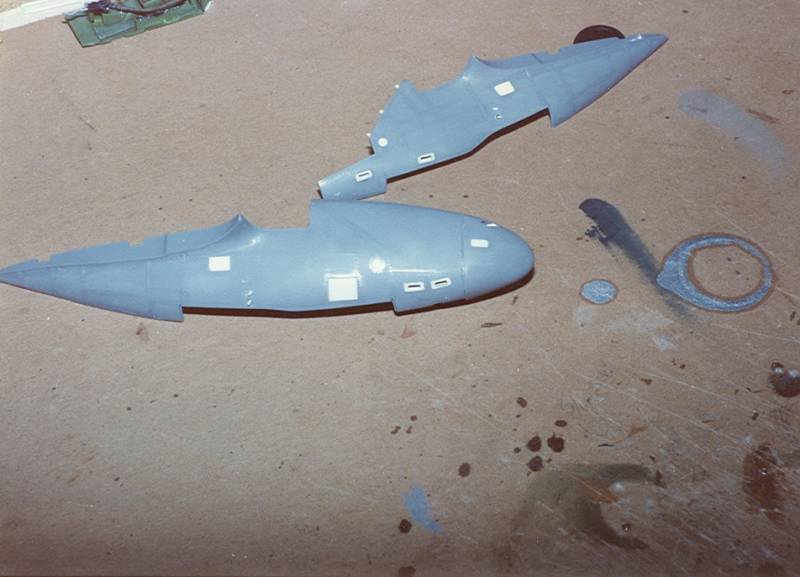 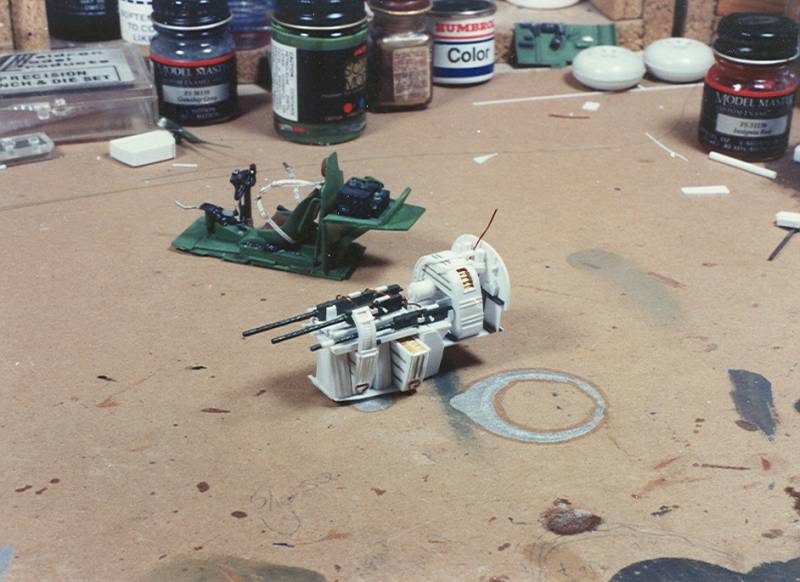 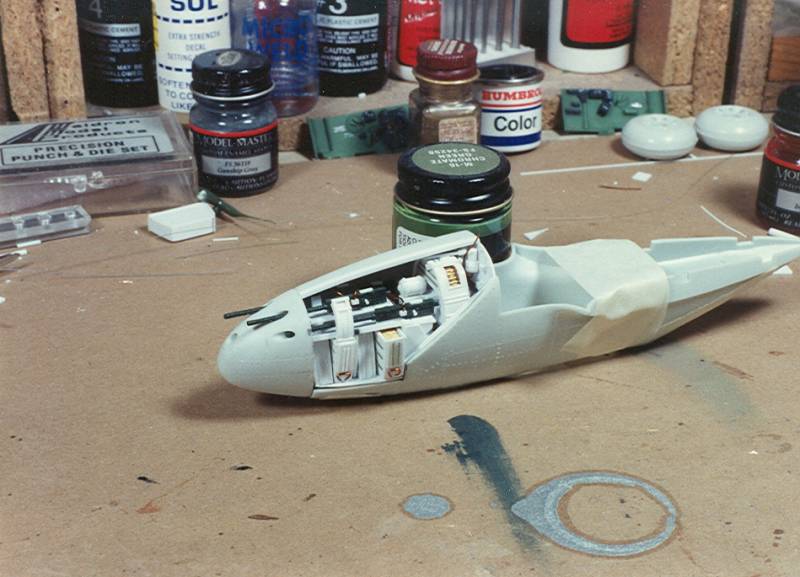 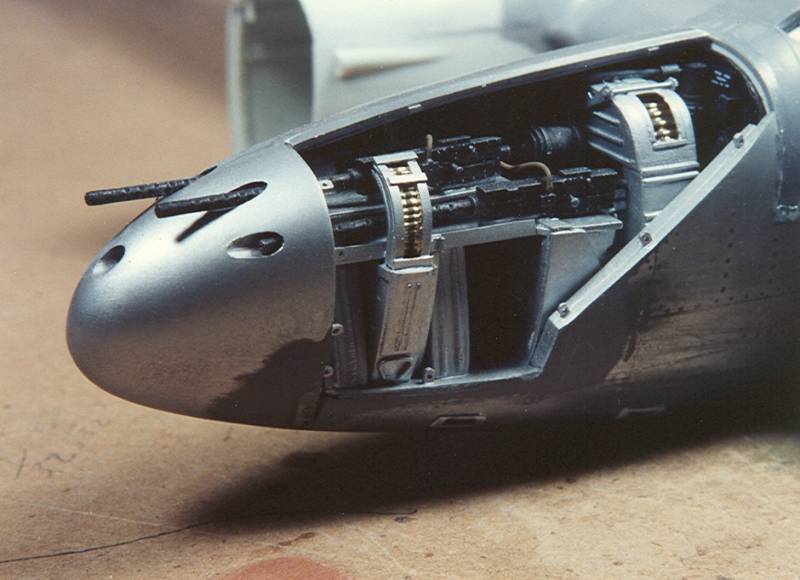 Cockpit for the most part, including instrument panel, was scratch built, and/or kit parts heavily embellished using standard methods. Some items had to be faked, as I had very limited access to reference resources. 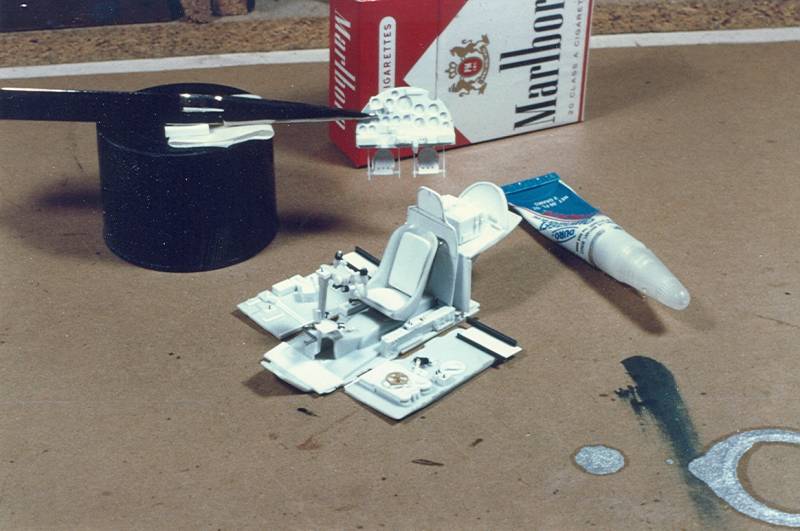 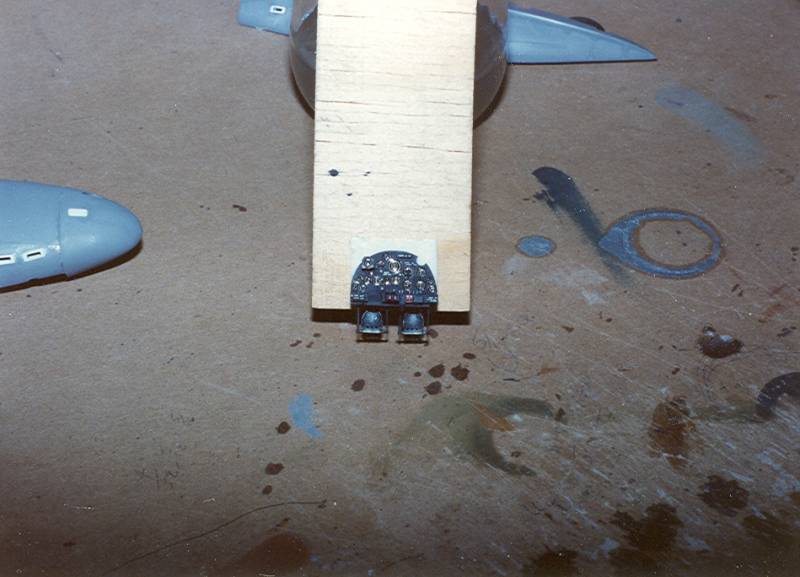 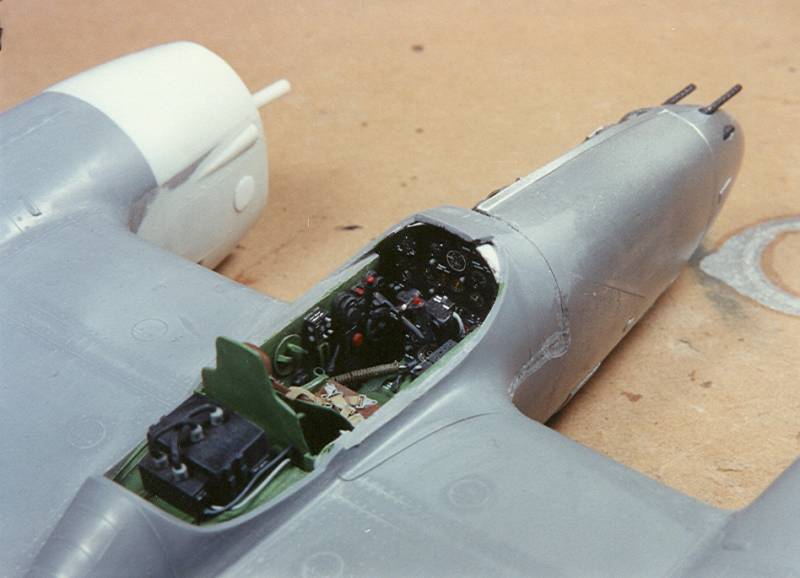 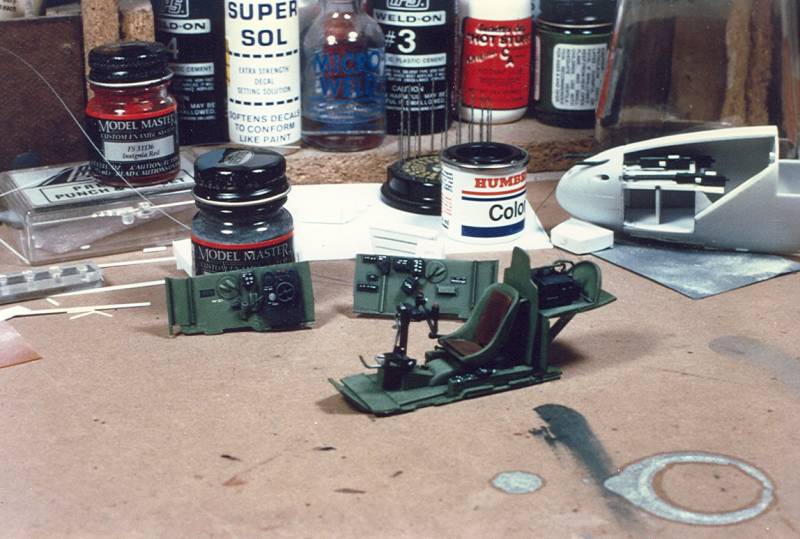 No additional detail to speak of except for scratch built boarding ladder, tires painted over a screen to simulate diamond block pattern. Fine mesh screen was added to radiator and oil cooler inlets. Main gear was shortened, nose gear extended to give a nifty tail heavy sit. Lots of weight was crammed into nose and boom fronts to compensate the natural tail heavy sit. One boom had to be "liberated" from a spare kit, as I severely mangled the original somehow. Entire airframe was painted with MM Metalizers of various shades using wet newspaper as masks. Kit was not re-scribed, although I did consider it; rather, entire airframe was heavily sanded to reduce rivet and panel line contrast. All in all, it all worked out OK I guess.

Kit now resides in the collection of a friend that conned me out of it somehow. I guess I'll have to whip out another in the form of the Trumpeter kit one of these days. If there's a plus side to this, I believe my abilities and knowledge base have improved dramatically over the last fifteen years or so, at least I keep telling myself they have, therefore I'll end up with a much nice Lightning when I'm finished! 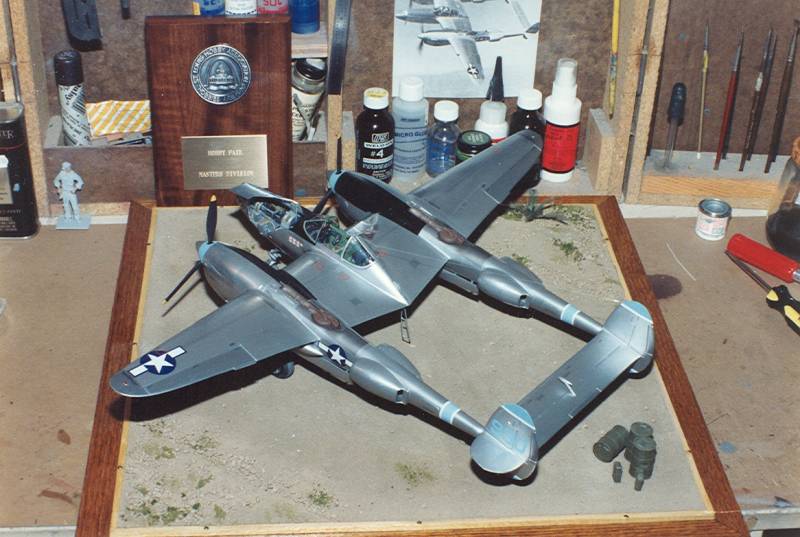