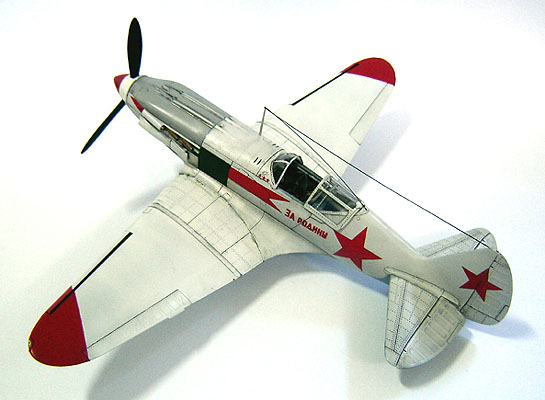 The MiG-3 was built to meet a Soviet Union Air Force requirement for a high speed, high altitude interceptor capable of very good performance above 16,400 feet (5,000 meters). The MiG had a distinct disadvantage at lower altitudes, where the primarily tactical air war on the Eastern Front was fought. It is interesting to note that the MiG-3 had better performance than the 109E at high altitudes, and was on par with the famed 'F' model.

The MiG-3 was basically a further developed MiG-1 with only minor differences (but quite different in handling). To cure poor spin performance of the Mig-1, automatic slats were added. No other country had such a high-speed high-altitude interceptor in service, and even Luftwaffe was taken by surprise when some of its high-altitude reconnaissance planes were lost to unknown Soviet fighters.

The MiG-3 was almost perfectly suited for their designated role, but the well known events of 1941 forced pilots to play on the wrong field as a replacement for conventional fighters or even ground attackers. It was a forced misuse of good high altitude interceptor with serious limitations on low altitude performance. At the beginning of the Great Patriotic War (as the WWII was known by Soviet people) many MiG pilots rammed German bombers after running out of ammunition - often the order was "to stop bombers by any means". 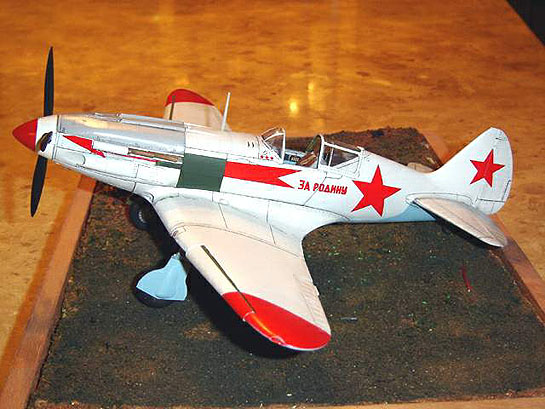 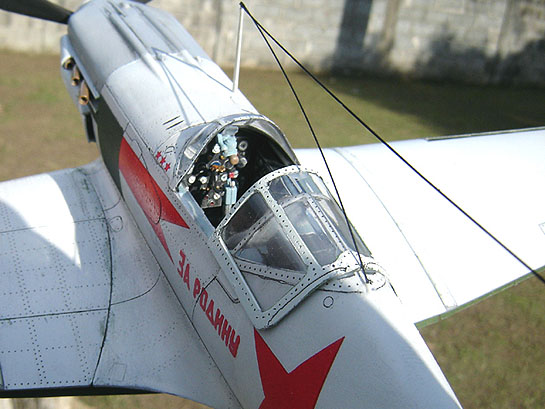 Eventually 3,322 MiG-3 were built. The aircraft was in service almost until the end of the war - thanks to exceptional easy maintenance, repairability and part compatibility. In general, from two or three unrepairable machines a flying one could be assembled in field conditions.Trumpeter's kit represents the late version. It is highly detailed, with recessed surface details and separate slats. The model was built according to recommendations from Massimo Tessitori's website. Markings are from 34 IAP at Vnukovo base, near Moscow, December 1941. This example is one of the most famous ones, and it is probably among the last MiG-3 built. 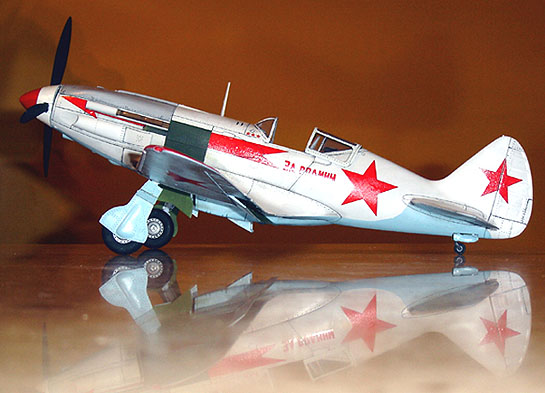 I painted my model with automotive paints (nitrocellulose lacquer) and used the kit's decals. On the real machine, the white uppersurfaces were actually painted in field over the standard camouflage green, with light blue undersurfaces. Sometimes different shades of white/green (or light grey) are present on the same aircraft, particularly on removable panels that could be exchanged from one aircraft to another.

And by the way, the slogan on the fuselage reads "za rodinu": "for the motherland"... 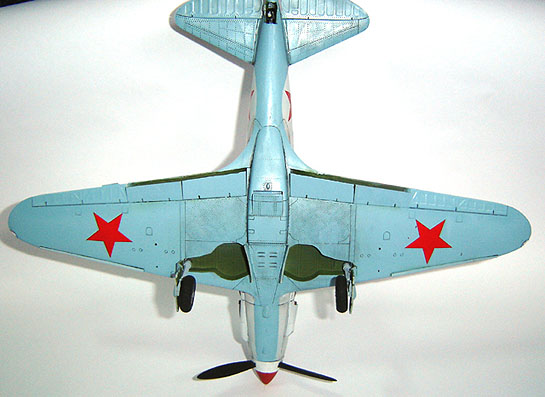 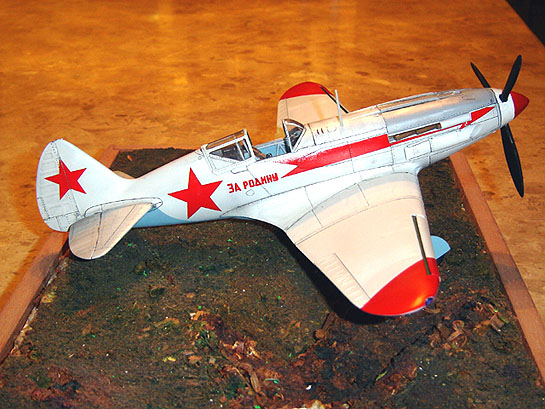