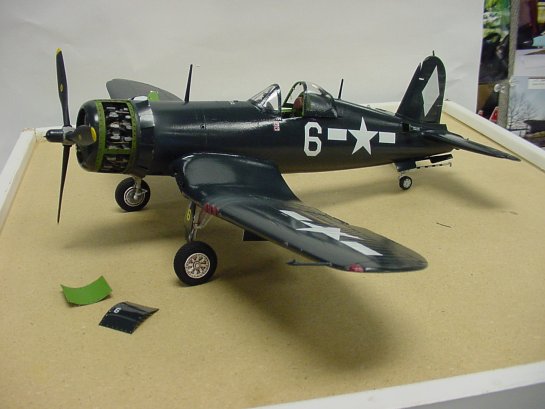 Now the Revell classics are cheap, piled off to the side of the vendor's tables at the model shows like so many inconvenient dinosaurs of the modeling world. Such was the case when I got an F4U Corsair at a show last year for a measly 10 bucks. Trash to the 1/48 guys…treasure to me. Open the O/R, nurse…it's time to perform some Rodney Williams-inspired surgery! 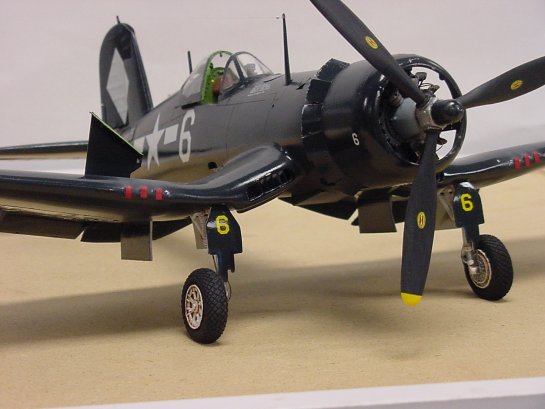 Everybody knows that to display a Corsair with the flaps up and the cowl flaps closed is tantamount to treason, so the first things to come off were the kit flaps and engine cooling flaps, followed by the rudder and elevators, oil cooler vent doors and the big vent on the bottom center of the fuselage. I also removed the gun bay door from the starboard side. 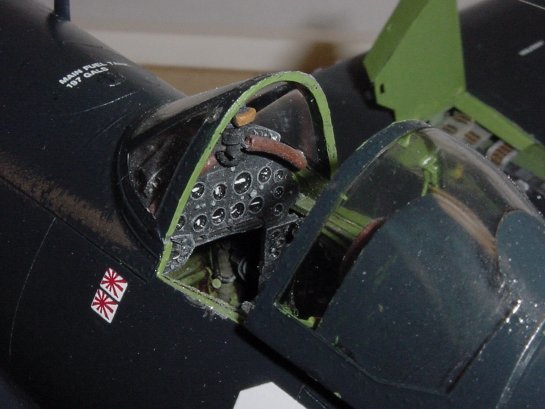 The kit cockpit went into the spares box. All of it. I replaced it with the Black Box cockpit, which is an absolute gem. It accurately depicts the "floorless" Corsair versions and is a thing of beauty to behold. It was also a pain to fit, because the starboard wall was warped. The canopy horizontal framing was removed by sanding and polishing, then it received a scratchbuilt opening/closing crank handle, plus other tiny bits. 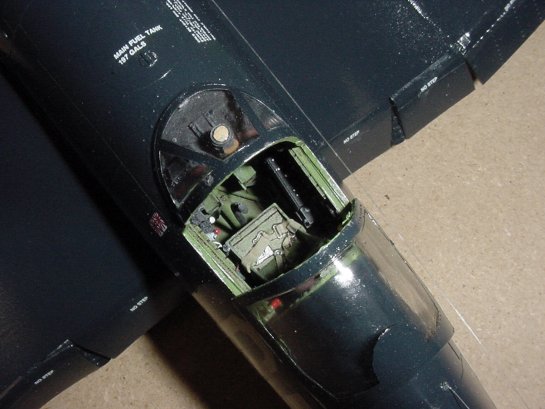 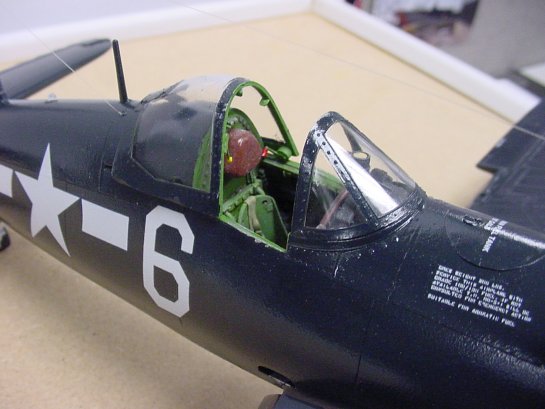 I detailed out the open rudder access hatch with styrene stock rib detail and wiring, and boxed in the backsides of the open oil cooler vents and the large cooling vent on the bottom. This vent also got wiring and bits and pieces inside. They can barely be seen but they make the insides look appropriately "busy". The doors themselves were cut from beer can aluminum. Yes, I had to empty one or two to get the material….well we all have to sacrifice now and then. 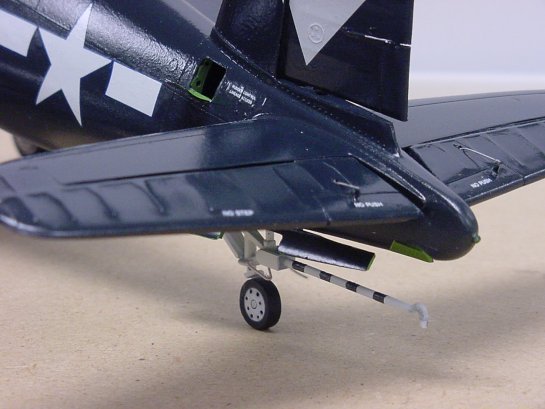 I used three 50 cal. guns from a junked P-51 and some .010" styrene to build the gun bay on the starboard side, as well as the two-piece folding door that covers it. A Hasegawa F6F contributed the correct "paddle blade" prop. 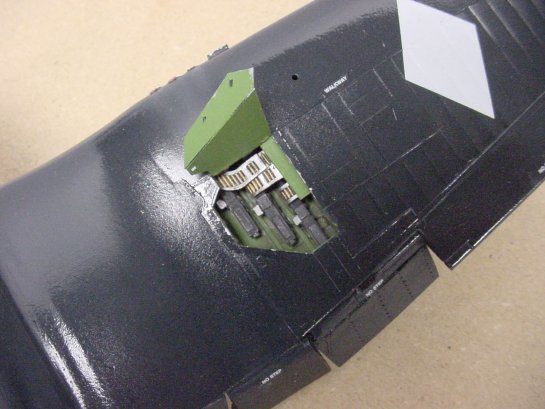 I used Lone Star Models' excellent flap set, as well as their knobby wheels, which come with very nice brake assemblies molded on. I added all four retracting springs to the landing gear, as well as new scissors, brake lines and other bits and pieces. 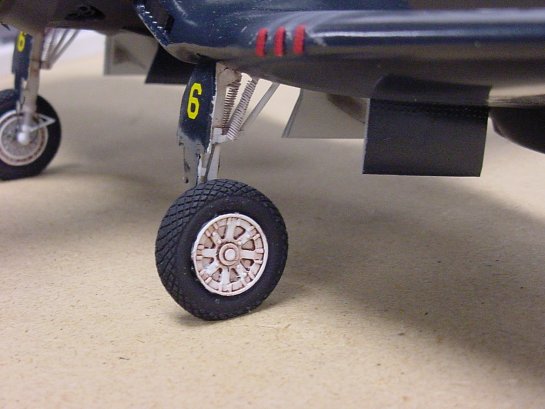 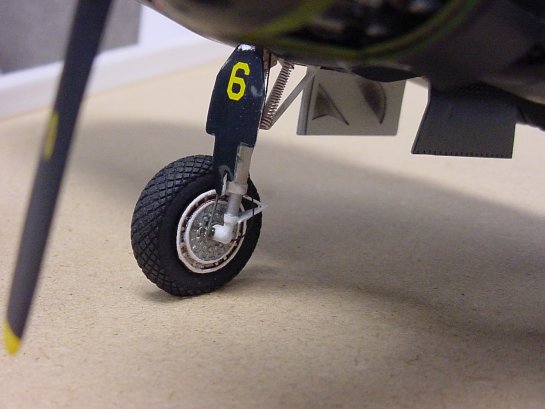 I detailed out the oil cooler openings with tiny vent gills made from .010" styrene strip. I also hollowed out the vent openings and covered them with fine wire mesh.

The kit engine is inaccurate and was replaced with the Teknics resin Pratt and Whitney R2800 8w. All 36 pushrods were cut from fine wire and installed, and each of the 18 cylinders was wired for sparkplugs. Teknics supplies a choice of early or late magnetos and crankcase covers to model anything from a dash-1 Corsair to a dash-3 Tigercat. The engine fits together very well and slid into place like a glove. I sectioned the cowling open with a razor saw, and built the interior structure out of .010" styrene, drilling tiny bolt holes with a small pin vise and bit. The removed panels are beer can aluminum. 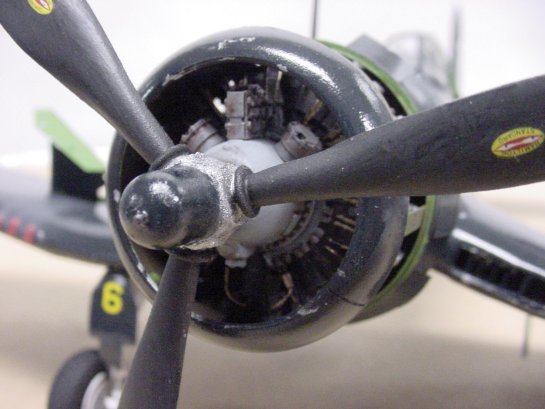 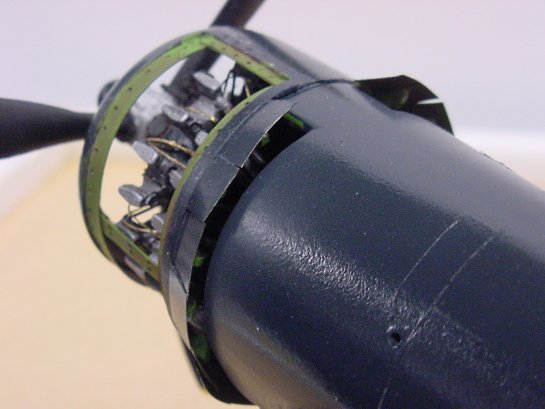 Testors Model Master enamel Dark Sea Blue was the overall color, with very light weathering, as I wanted to depict a fairly new late-war aircraft. The kit decals were altered to represent a Corsair from the ill-fated USS Franklin (CV-13, naturally). My thanks to Rodney Williams and Scott Murphy for the inspiration to do the surgery on my "Whistling Death". 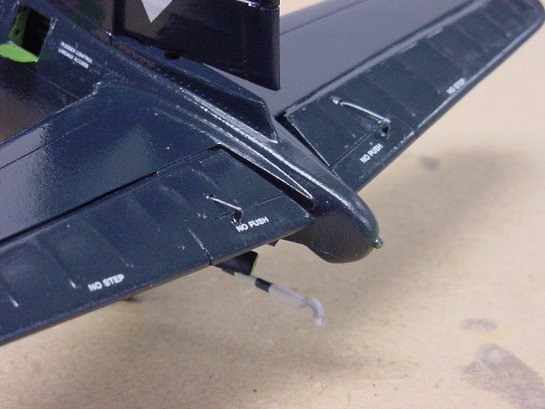 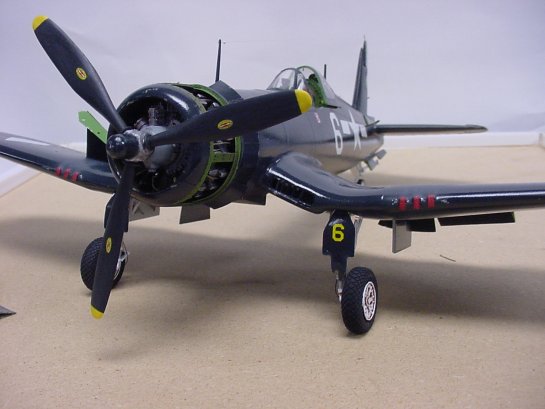 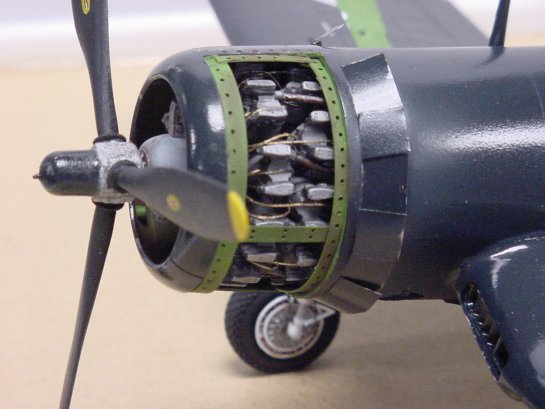 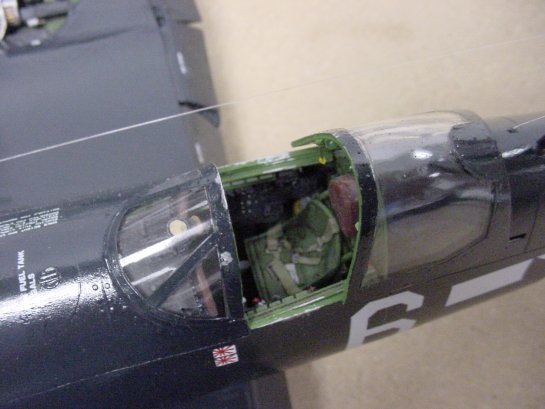