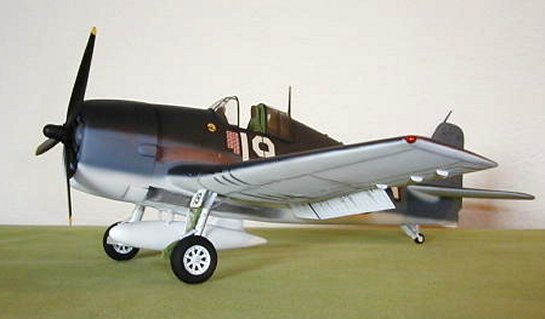 Since this is the one and only 1/32 scale Hellcat available thank God it's a fairly nice one. It is a nice fitting kit and the only thing I find wrong with it is it lacks some details, especially in the interior.

I started the building with the interior and tossed away everything in it but the rear armor plating and the floorboard. 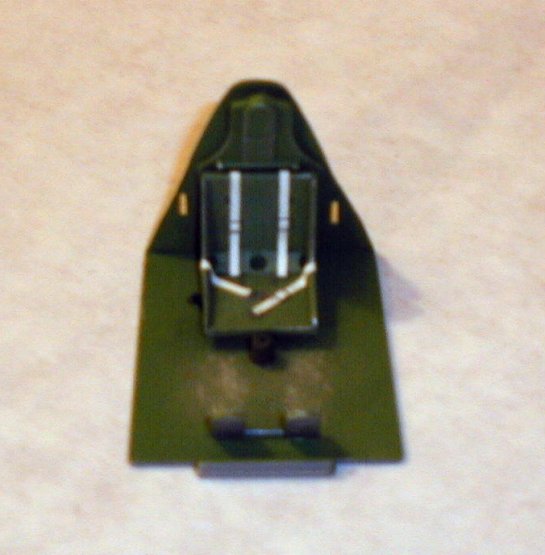 The rest was scratchbuilt using the Waldron interior set that is available and Waldron instruments and bezels. The Waldon set gives complete instructions on how to build up the interior using sheet plastic. All the side panels and instrument panel were scratchbulit. 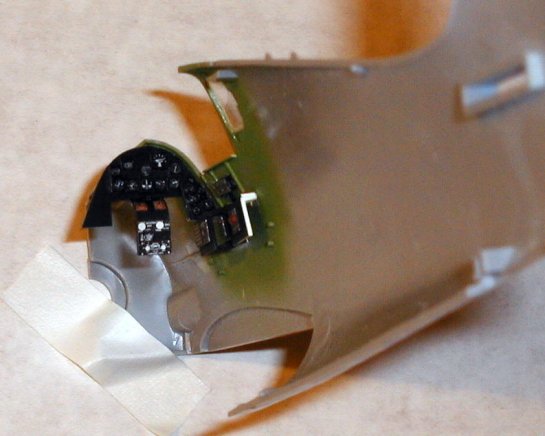 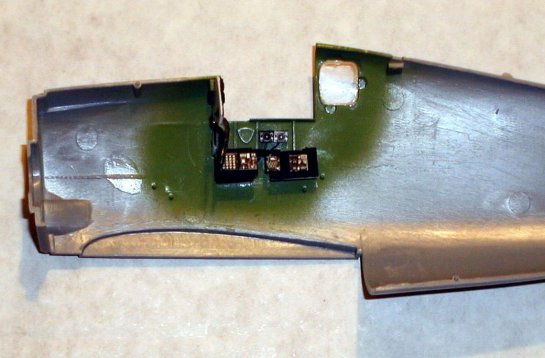 Next came the engine. This is the gem of the whole kit i think. I added some details by making my own push-rods out of some piano wire and adding spark plug wires to the cylinder heads.

Next i began assembling the wings, the gun panels were glued into place and the upper wings halves were cemented to the lower wing.

Next i drilled out the gun holes to replace the kit guns with some brass tubing to be placed in later. The fit on the wings was excellent and only required some sanding to finish.

Next came assembling the rest of the model. The wings were mated to the fuselage and the rest of the flying surfaces added, the fit was again excellent and very little sanding was needed. 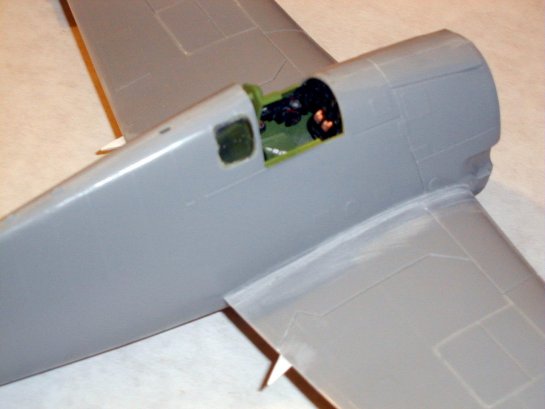 Now that the airframe was assembled it was time to move on to some of the clear parts. I didn't really like the rear window glass supplied in the kit so I discarded them and made new ones from some clear sheet plastic. The kit windows fit horribly in their holes, as do the windscreens for both versions for that matter. To fix the fuselage window problem I first filed out their holes. Then I fit a piece of masking tape over the hole, making a slight depression in the tape for the window. I then outlined the window on the piece of tape with a pencil and transferred the whole piece of tape with the outlined window to the clear plastic. I could then cut out the new windows. For the windscreen I had to do some filing on the bottom where it mates to the fuselage, with a little work it seemed to fit fine.

After assembling this model there was very little in the way of sanding. I just went over the wing and horizontal tail roots and the fuselage joints with some 150 grit silicon-carbide paper and started spraying primer. The whole model was sprayed out in primer and I was ready to begin the finishing.

Early on in this project I decided I was going to model Alex Vraciu's number 19 for two reasons, he's an ace and those three tone early Navy schemes look cool! I used Model Master paints for the finished scheme. The colors were flat white, non-specular sea blue, and intermediate blue. After the painting the entire model was sprayed with a clear gloss and left to dry for 48 hrs.

There are no aftermarket decals for this kit that I know of so I was going to have to use the kit decals for number 19. This was a nice decal sheet as far as color and outline but they're not great as far as quality. The adhesion quality was the worry and the kit decals react strangely to setting solutions. I use Solvaset for the setting solution but after applying the first decal I could see that the stuff right out of the bottle was a little to strong and didn't give much time to play with the decal for final positioning. To fix this I diluted the Solvaset with some water about 70/30 (Solvaset/water) and then I added about 15 drops of Elmers white glue to give a little more adhesion. The cocktail worked great and left no silvering on the decals. 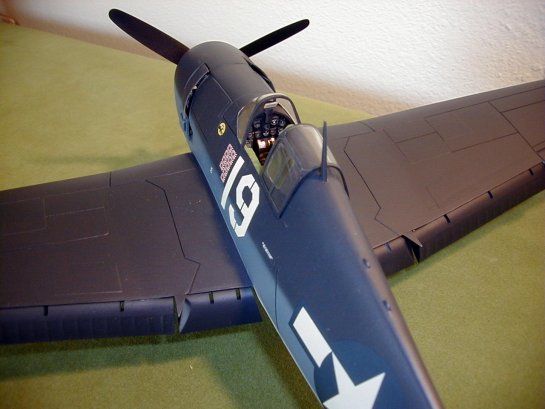 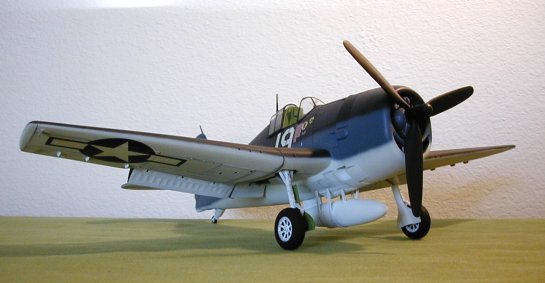 All in all this was a nice kit and, except for the interior, was right out of the box. It has turned out to be one of the most impressive models in my collection.