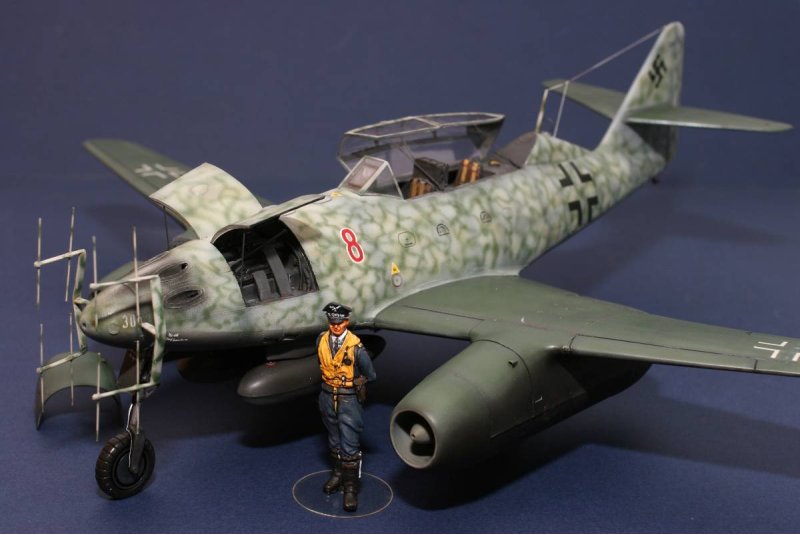 The 2-seater Me 262B-1 was arguably the ultimate nightfighter of the second world war. A good and recently restored example of this may be found in the South African National Museum of Military History, Johannesburg, South Africa. The present project is based on the previously restored version of this specimen.

Thankfully, the net is replete with reference material. In particular the plane in the aforementioned museum has been extensively photographed which aided most in replicating the camouflage pattern (rather atypical of most versions of the plane). Aircraft anatomy of world war II (Chartwell Books, Inc) and Cockpit (Airlife) provided invaluable information. Also, the engines at the Udvar Hazy Center of the Smithsonian provided the remaining details.

At the time of writing the beautiful Trumpeter offering of this aircraft is not out yet and I figure when it does get out it’ll be difficult to get this article published. Nevertheless, I think you can get a decent rendition with what’s out there now. I used the Hasegawa kit as a base and kitbashed this with a limited edition release from Revell and the Eduard photo-etched kit.

Only the rear portion of the cockpit on the Revell kit and parts of the accompanying canopy were used (top of picture). The base is mostly the Hasegawa kit. 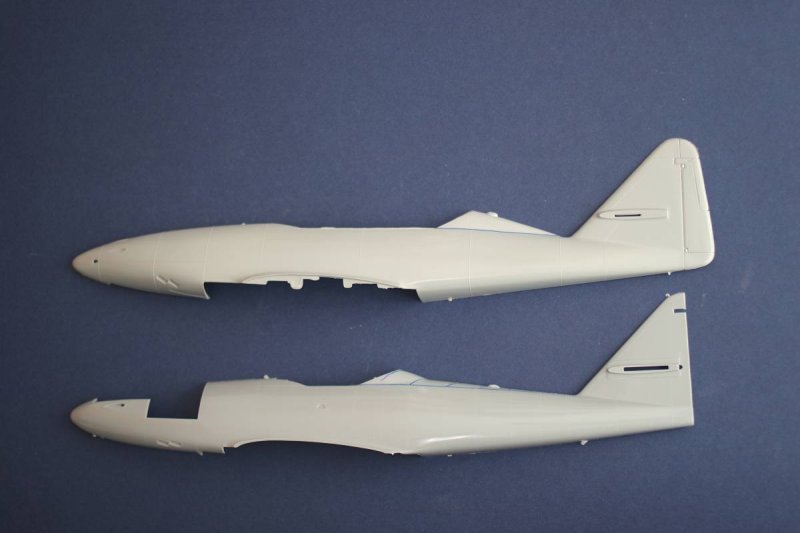 After initial cuts the various parts were “Frankensteined” together.

Next came the cockpit. The pilot’s tub was basically built from the Eduard kit with seat cushions made from Milliput. The radar operator’s tub was scratchbuilt using copper sheet, brass sheet and Waldron instrument panels and seatbelts. 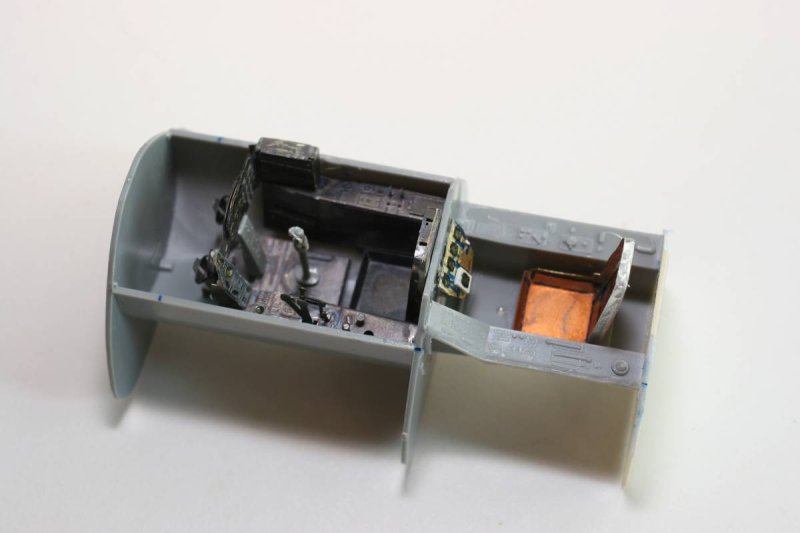 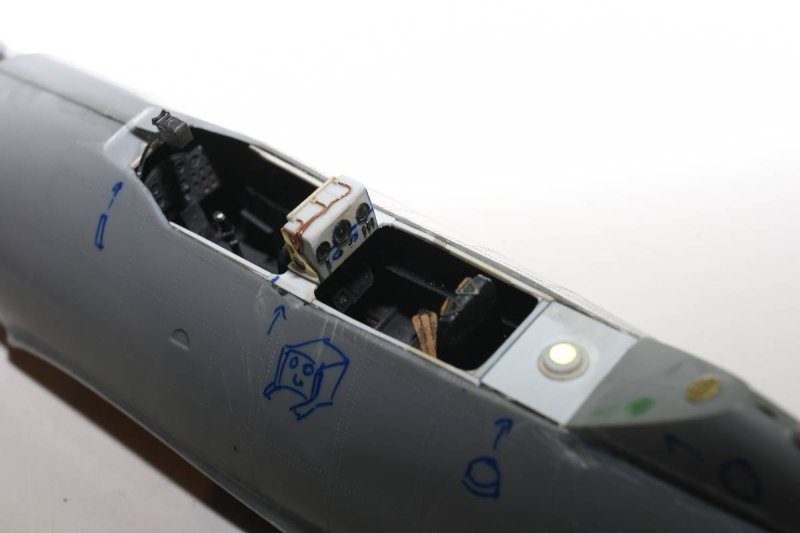 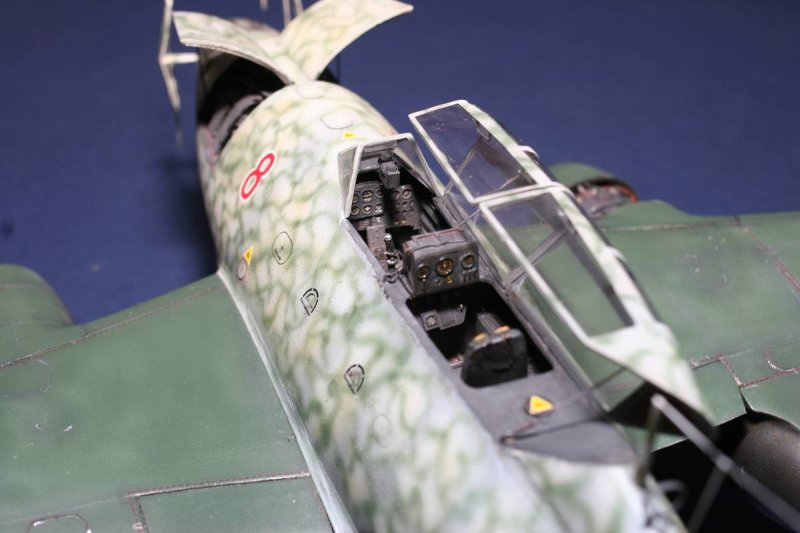 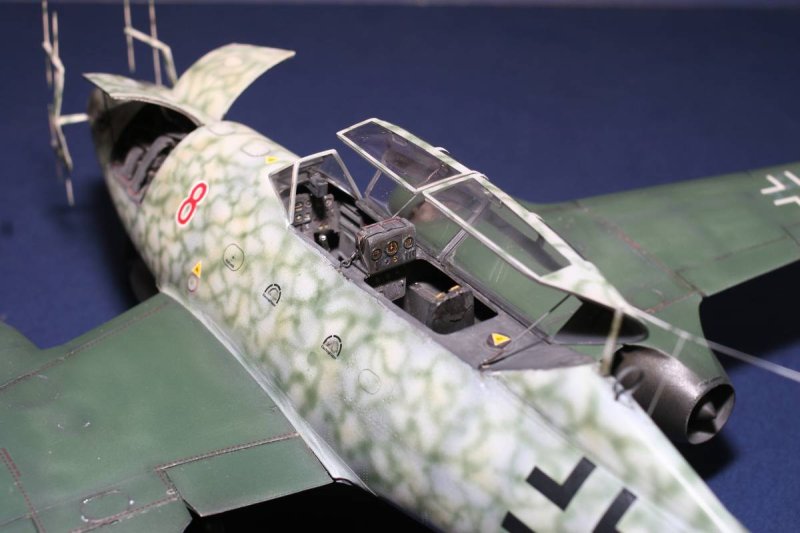 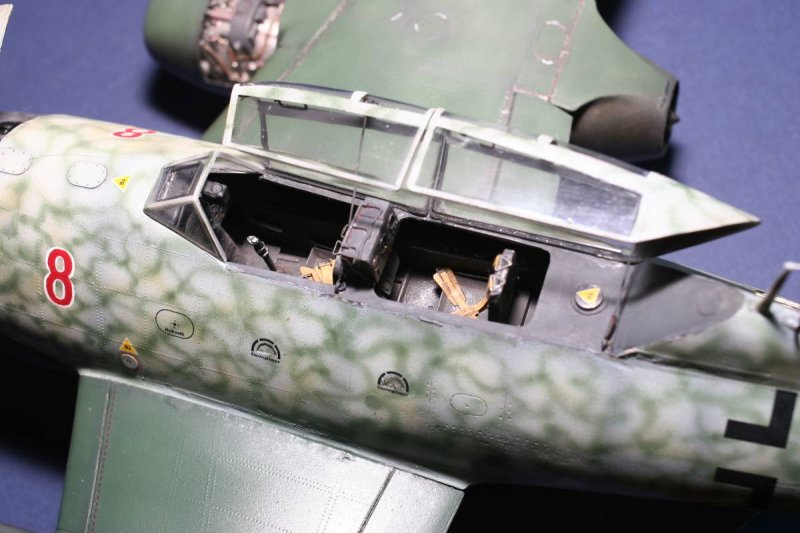 Next the engines were detailed but only the part showing through the access panel. I figured the Trumpeter kit would trump (sorry!) anything I could produce so I decided not to detail the whole engine. It is fairly accurate and is based on the displays at the Udvar Hazy center. 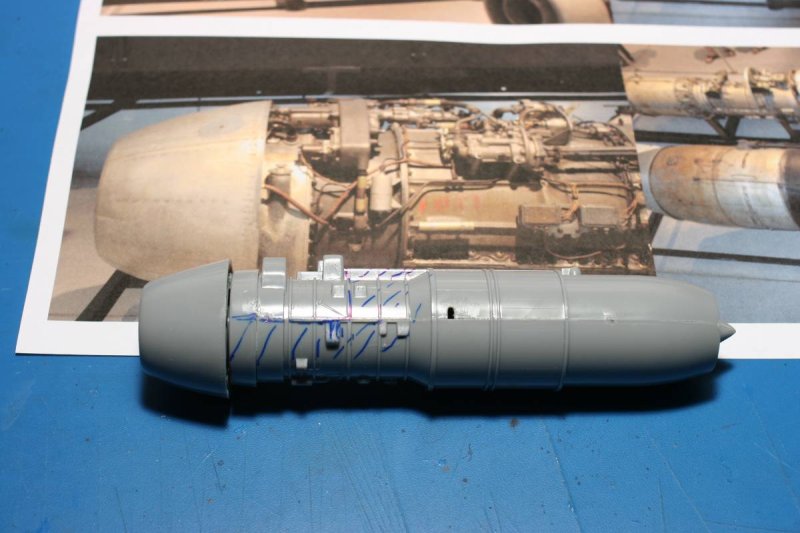 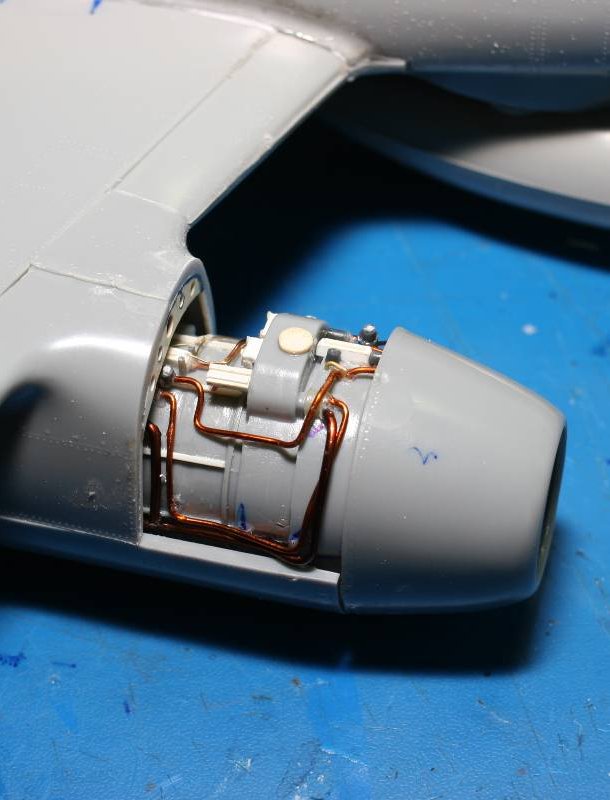 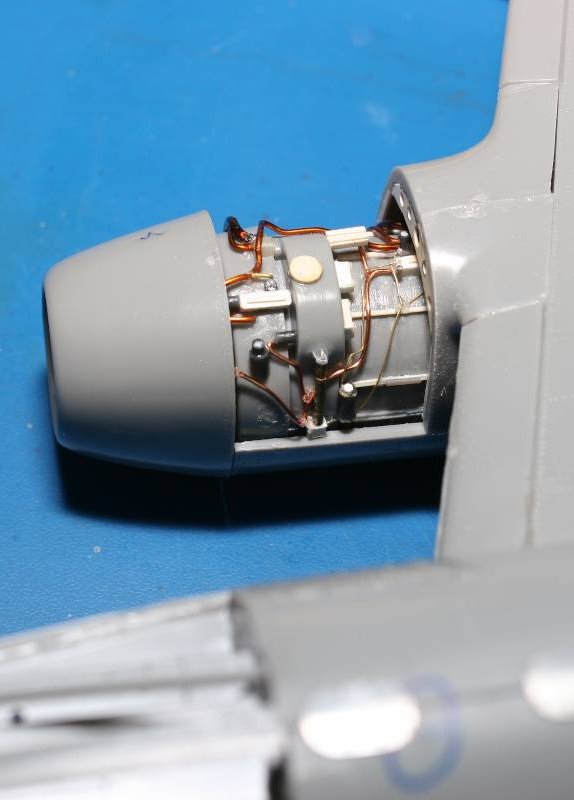 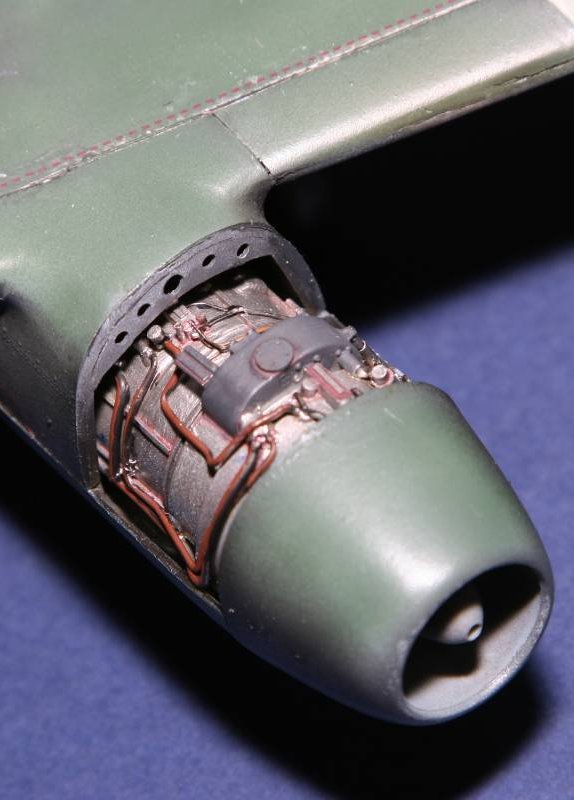 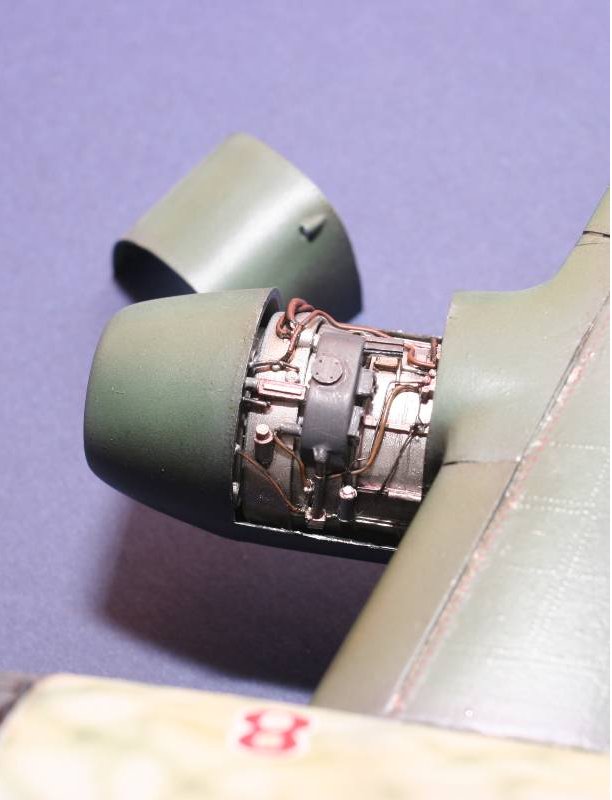 The radio compartment was detailed using the Eduard set. The gun bays were detailed with a few wires and rods. 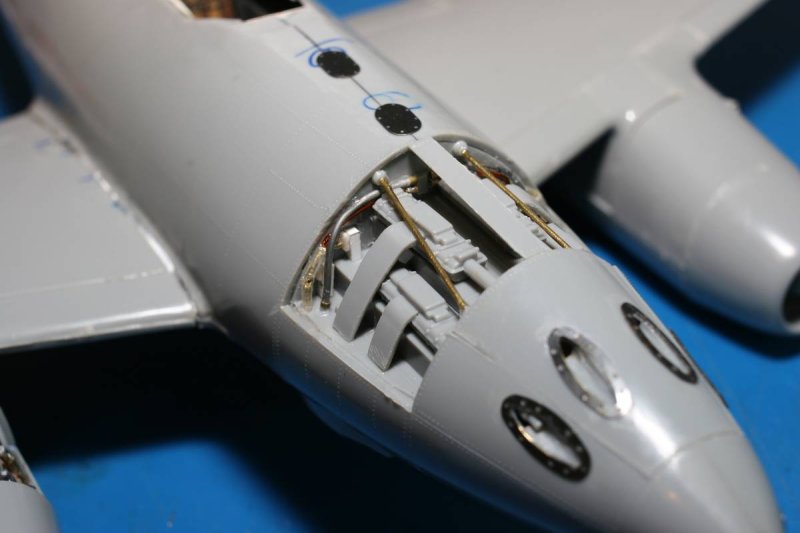 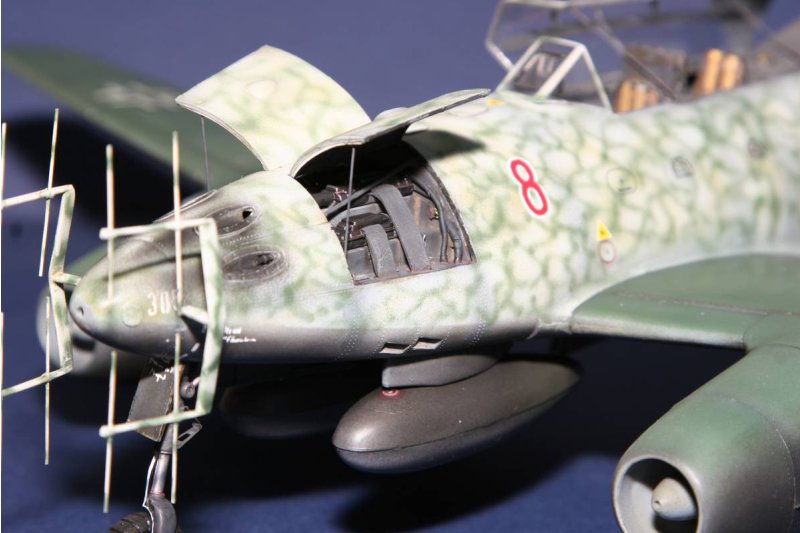 All flaps needed extra detailing some from scratch and some from Eduard. 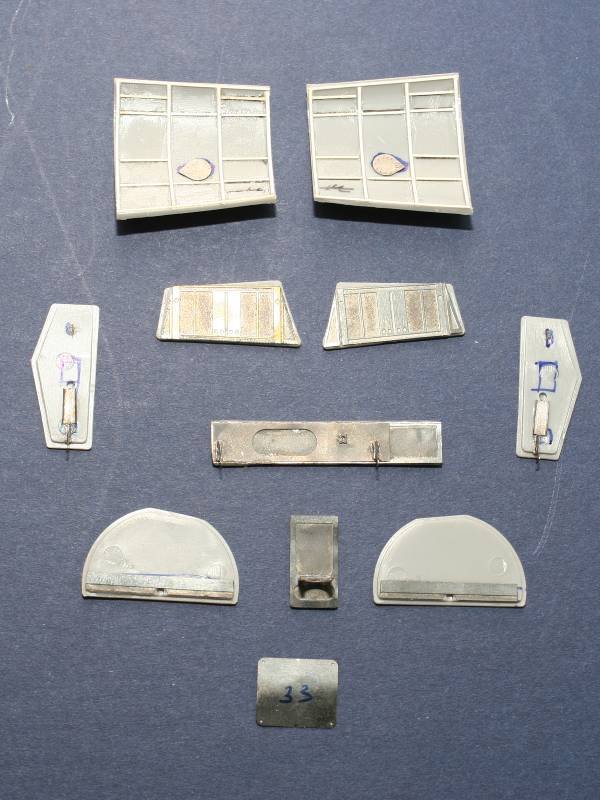 The wheel wells needed a bit of work from scratch and Eduard. 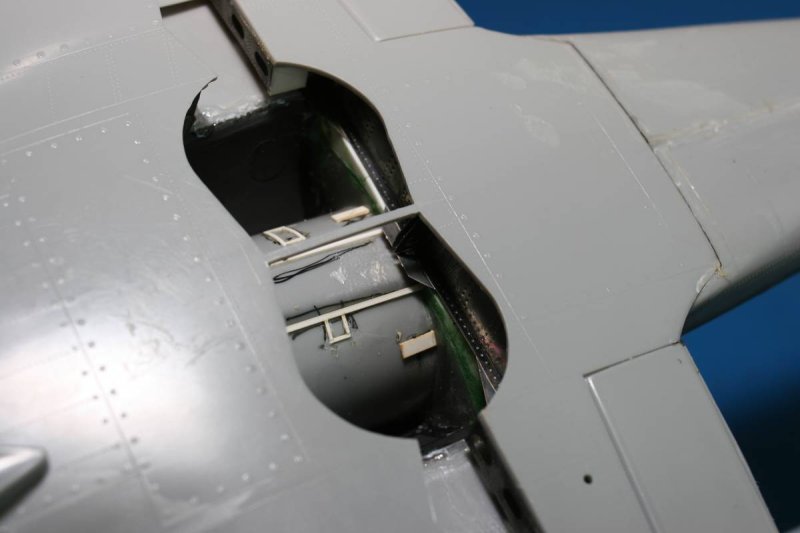 The canopy was a composite from Revell and Hasegawa. In these kinds of projects I’ll make a plaster mould just in case something cracks in the process of fairing parts that don’t fit with each other. If that happens I’ll vacuum form a new one. Thankfully that wasn’t necessary here. Graded sanding with polishing pads ending with novus plastic polish and Future finished the job. 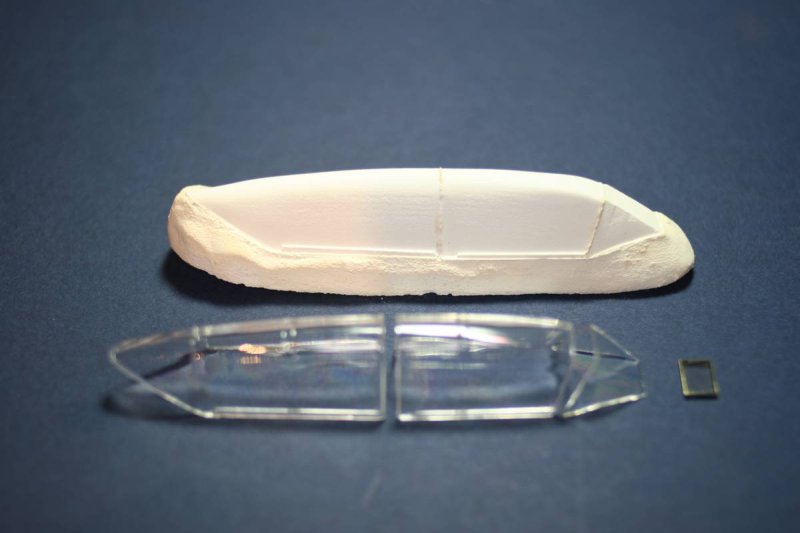 The radar array needed a little work with brass rod. 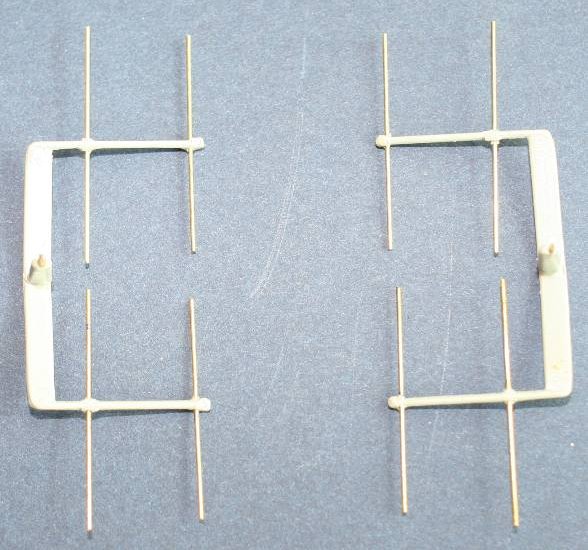 This craft had many challenging features that made painting fun. First the intricate green camouflage on the fuselage was achieved using highly thinned Humbrol Matt Dark green through a fine nozzle. The black underside was done using dark brown grey on a black pre-shade (this is supposed to look like the ground reflecting off the black paint as opposed to my earlier P-38J article where blue gray was used to replicate the sky reflecting off the upper surfaces – really!). The markings were a combination of hand-painted numerals and markings, kit provided and modified decals and graphic artists dry transfers (Letraset). They don’t stand up to close scrutiny but for scale viewing distance and my personal (and aging eyes) they look great. The Luftwaffe nightfighter figure was from Valiant miniatures. These are expensive little pewter fellows but are old. Casting was a little less than perfect and needed a little carving to make it look right. It was painted using Vallejo acrylics and oils.

All done this was a very satisfying project. I don’t think I’m going to get the Trumpeter offering when it does get out. Nevertheless, if I hadn’t already started this project (10 years ago) I would have seriously considered it. The Nachtjaeger is a menacing adversary and I wouldn’t have wanted to see one of these things on my tail during a bombing raid! 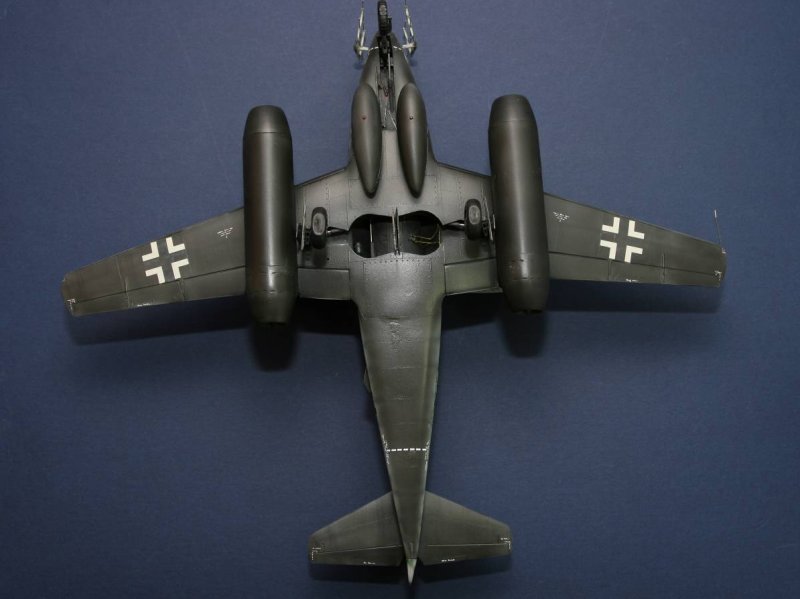 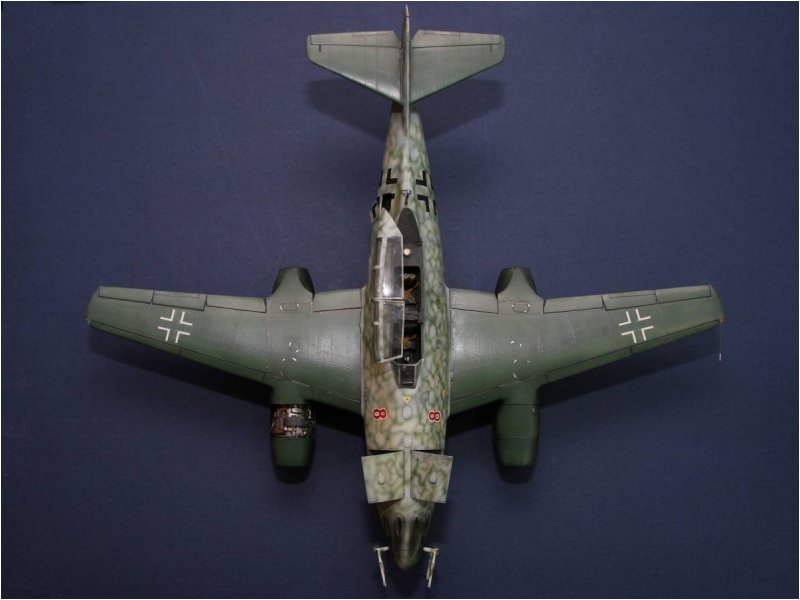 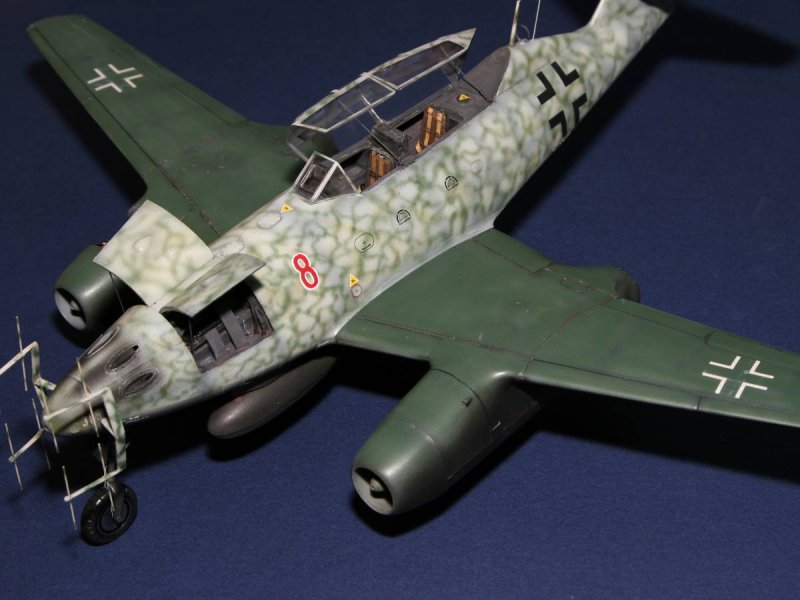 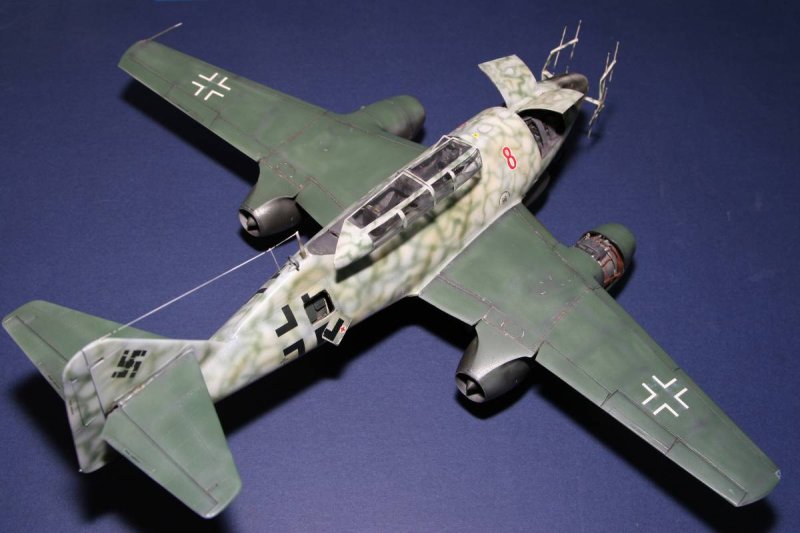 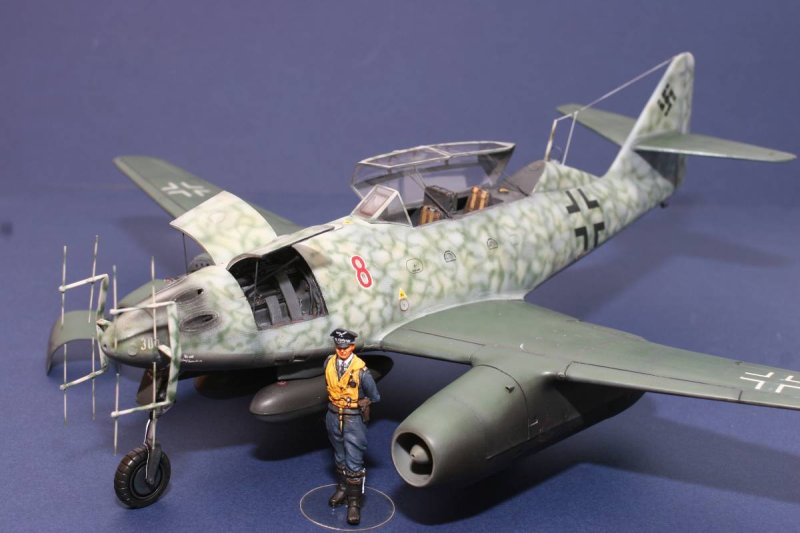