On November 5th, the IPMS Craig Hewitt chapter located in Phoenix, Arizona held their annual contest, “Modelzona”. By chance, I happened to be in town for a wedding so I managed to enter a couple of models and check out the contest in general. The show is held at the Commemorative Air Force (formerly Confederate Air Force) museum at Falcon Field, Mesa, AZ.

I got there early and I was glad I did as we were treated to the museum’s B-17 cranking up her engines and then taking off to head to Scottsdale for an air show. It was soon followed by the museum’s B-25, which I was not in position to take pictures for although I definitely got outside to watch her fly by! 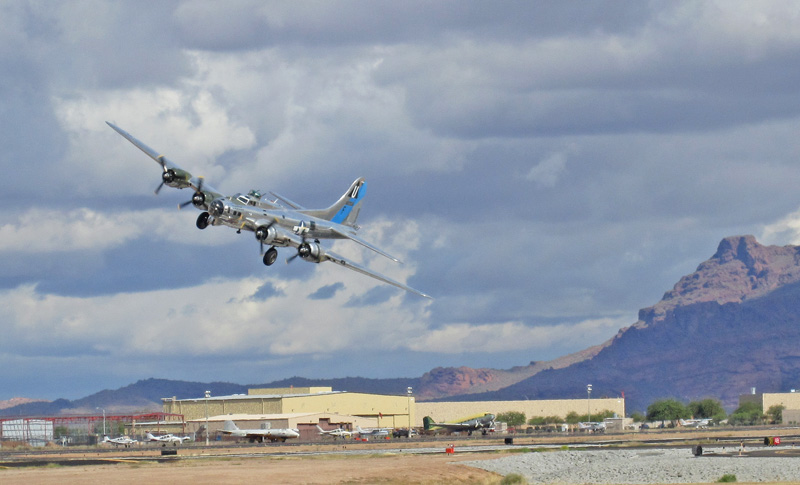 The model contest was quite well populated for a local contest with over 450 models, a record for the event. LSP’s were well represented with 15 entries. In no particular order, here they are:

Trumpeter MiG-21 in a diorama setting. 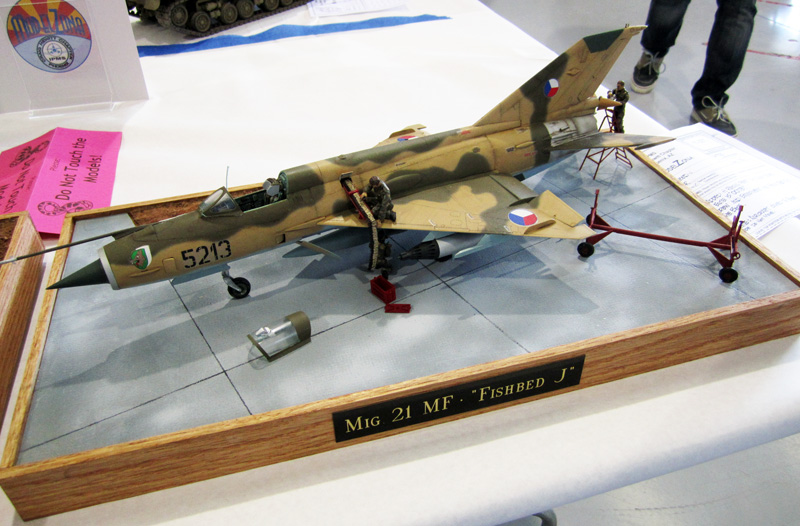 A couple of pictures of a nice Wingnut Wings Albatros. 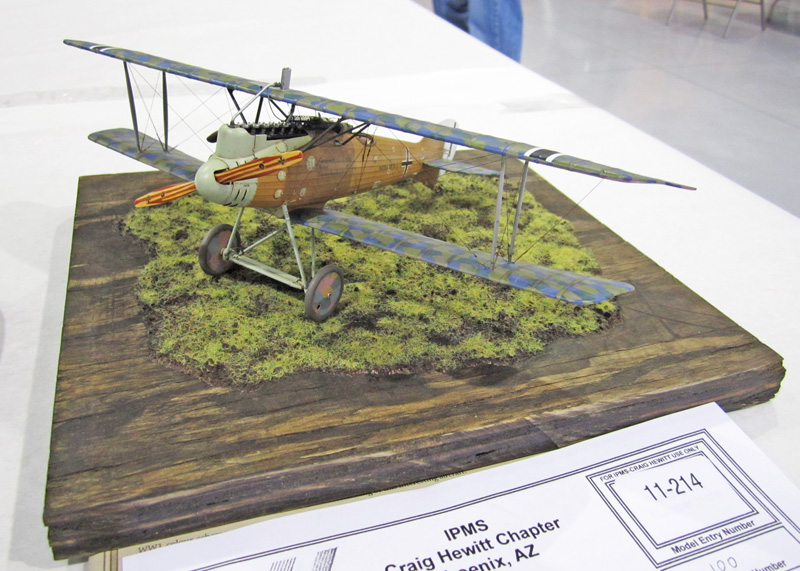 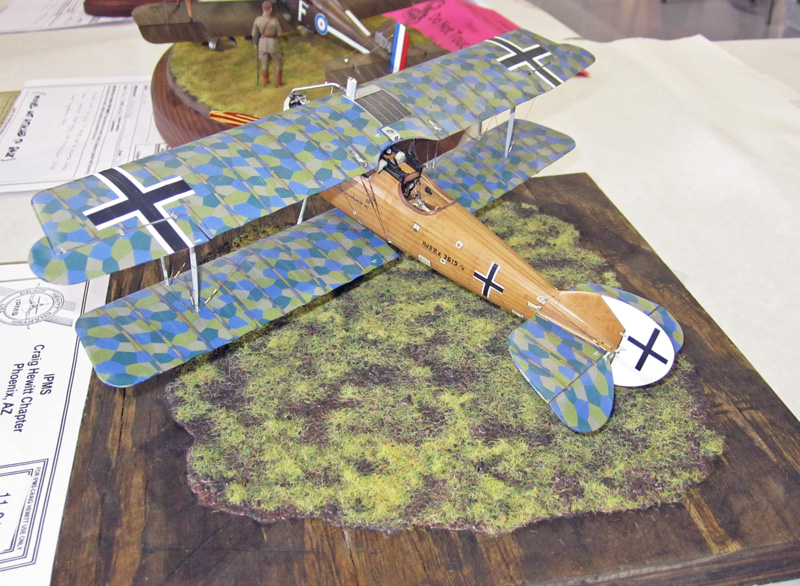 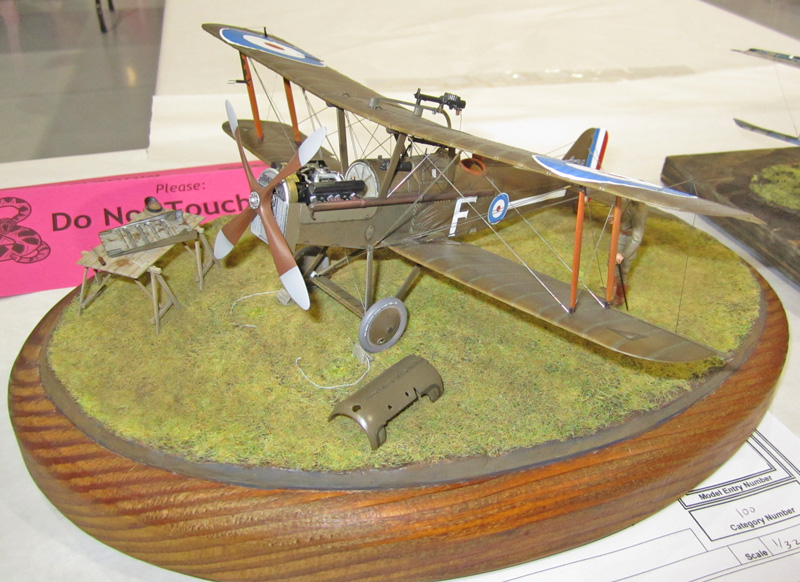 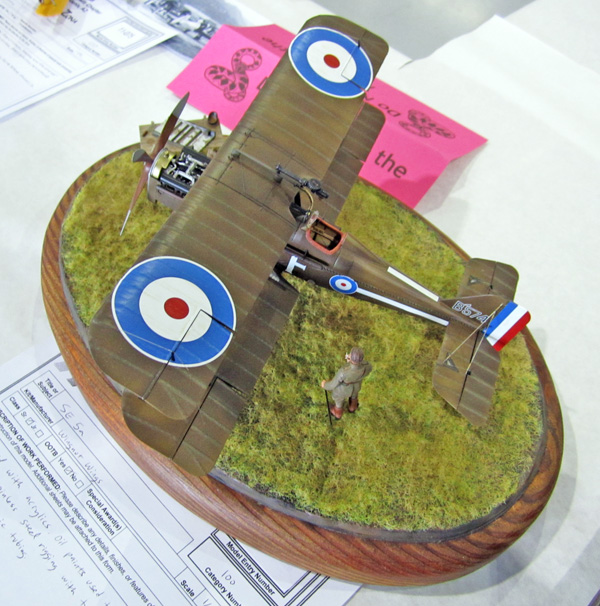 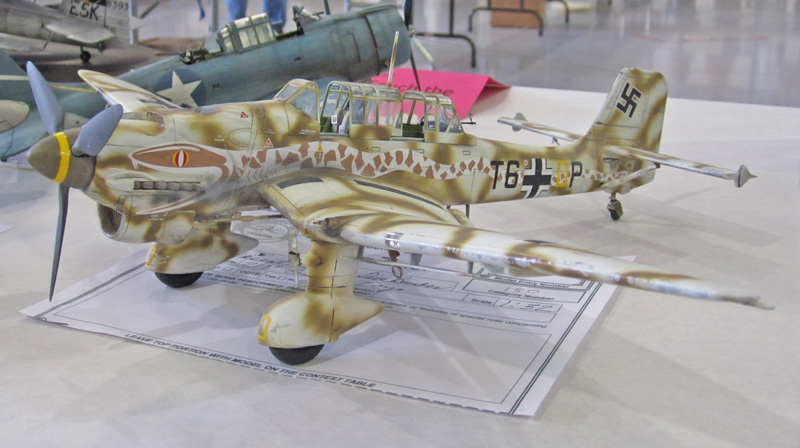 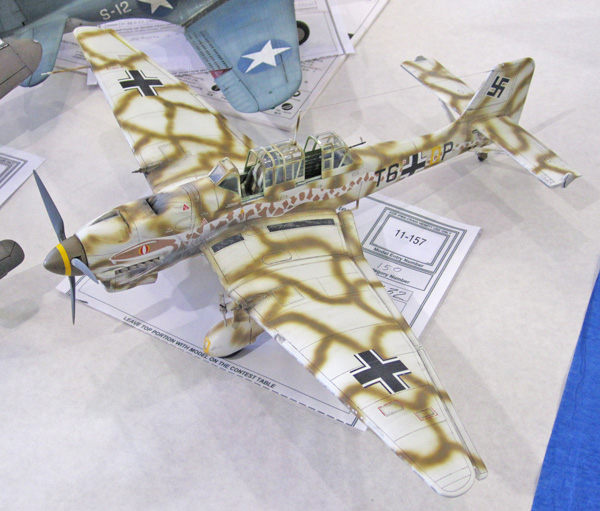 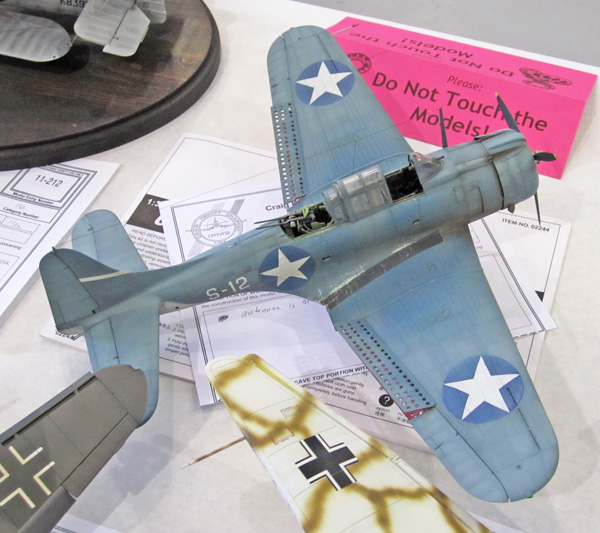 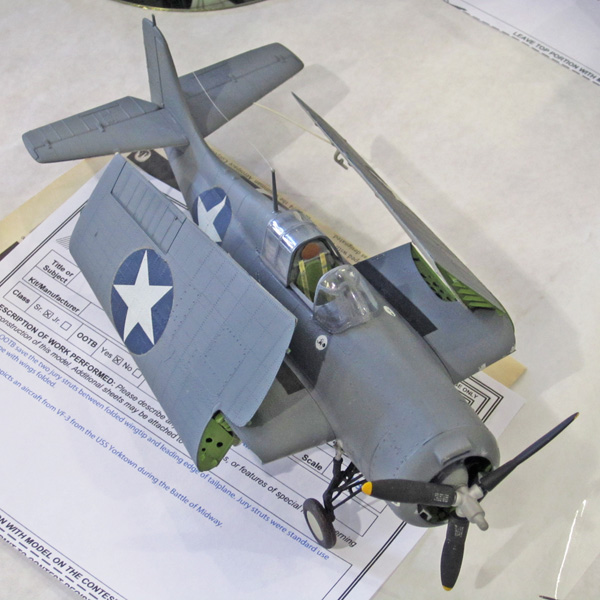 The ever popular Hasegawa Bf 109G6. 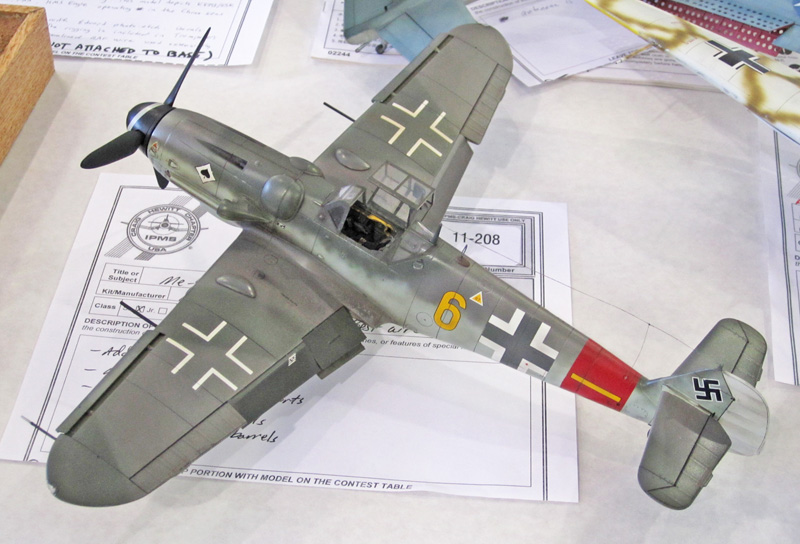 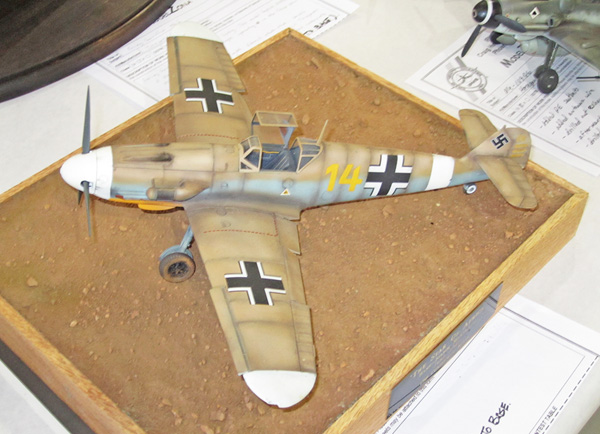 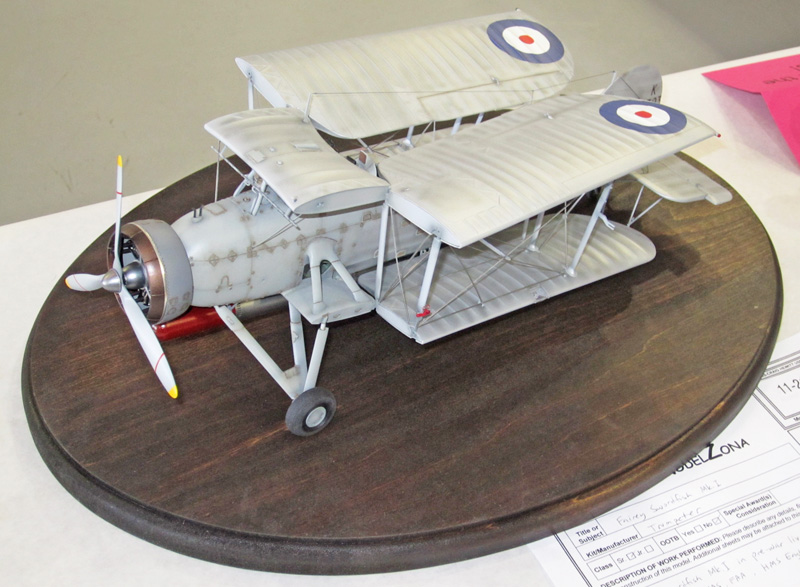 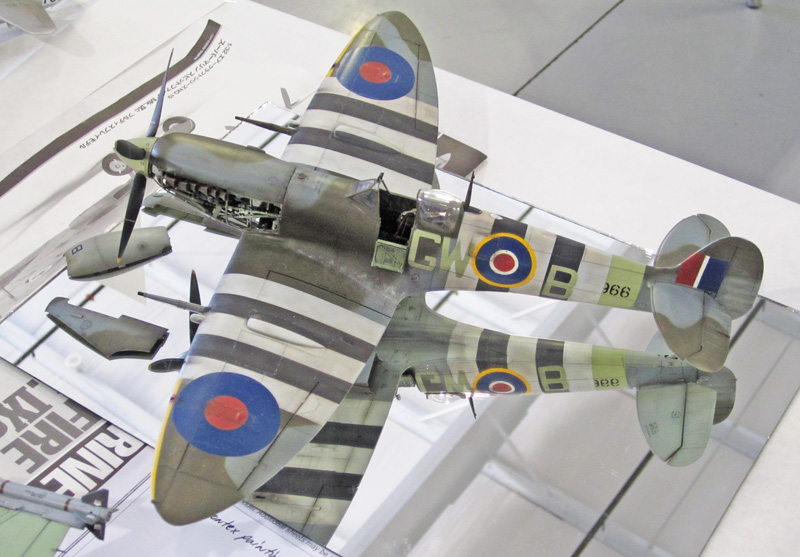 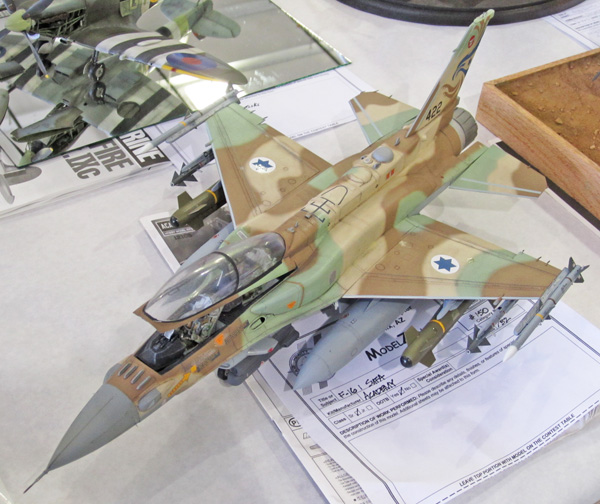 Another Hasegawa kit, this time the Ki-84 Frank. 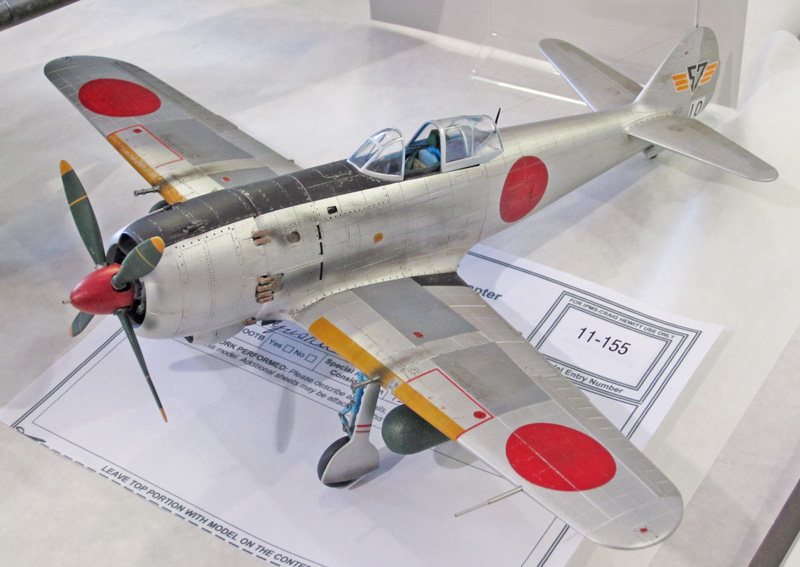 Here is a P-51D converted to a racer. I did not get the manufacturer, but I think it was Hasegawa. 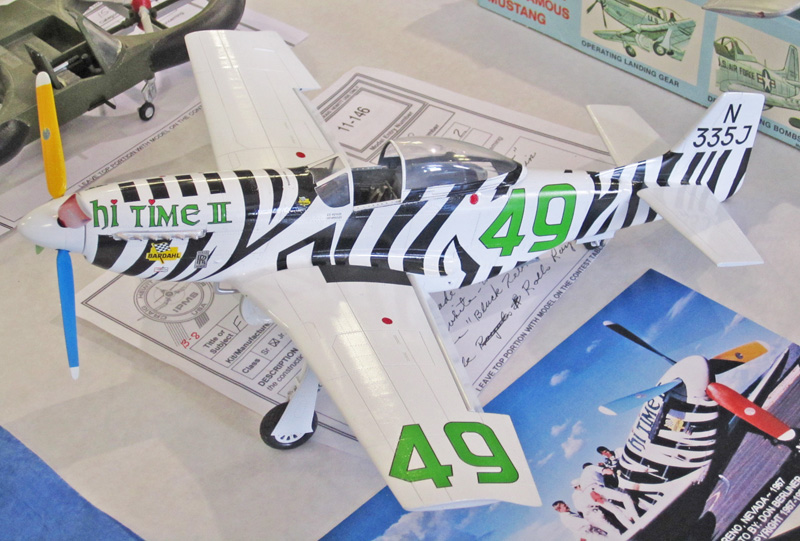 One you don’t see much of anymore; the classic Monogram kit. 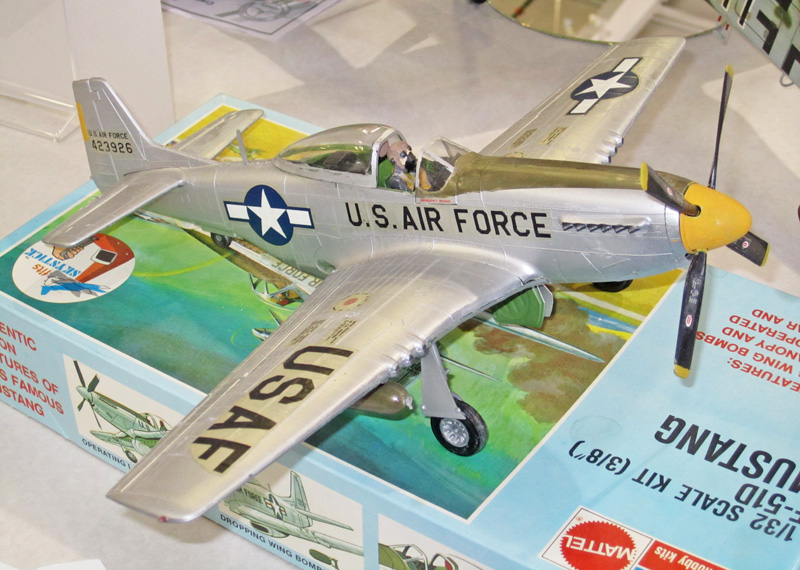 A real large scale plane, an 1/18 pre-built Fw 190D-9 that had been completely broke down and re-built with a ton of extra detail, then re-painted. It dwarfed the 1/32nd models around it. 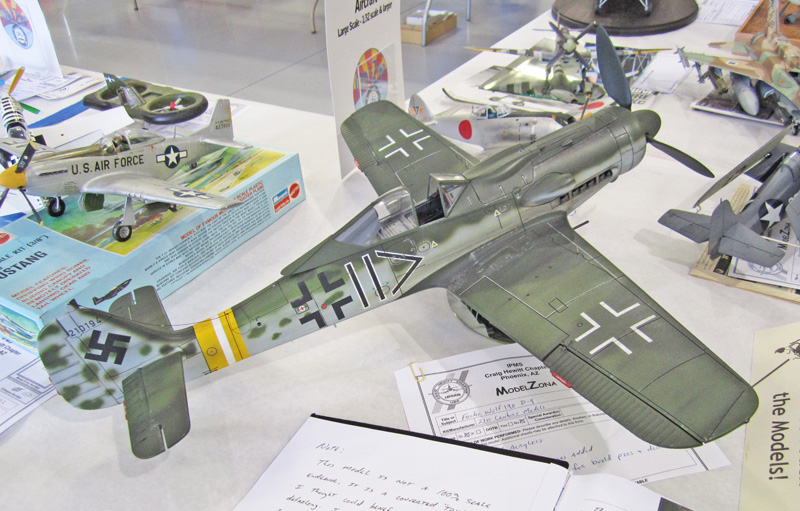 There were some nice models besides the large scale stuff. Here is a diorama of a Ju 52 loading up during the Crete operations, in 1/48th scale. It took an award at the IPMS Nationals in Nebraska. 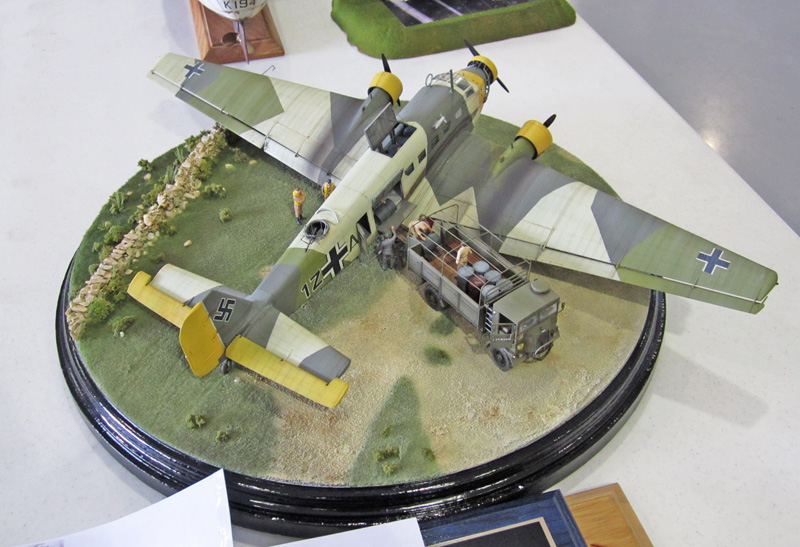 And a nicely done KVII. 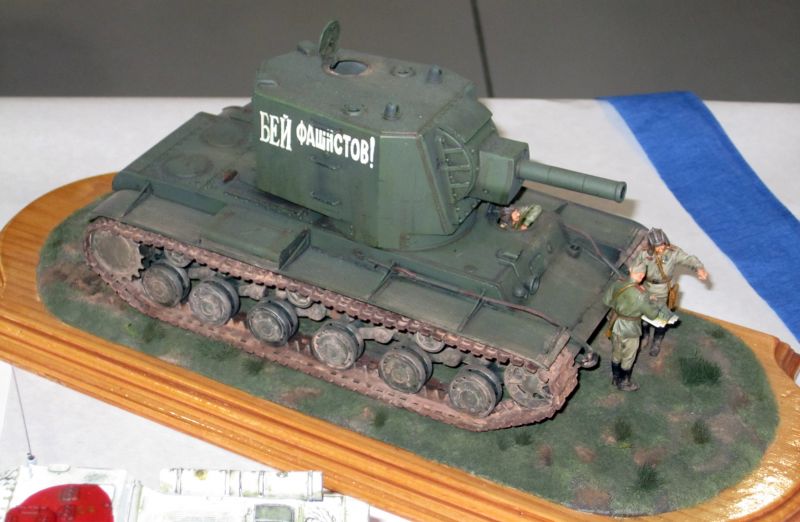 I also found time to wander around the museum. They have a pretty nice collection, including a MiG-21, an F-4N, a Hudson and these two – a P-51D in Preddy’s markings;

And a rare one; the F2G in racing form: 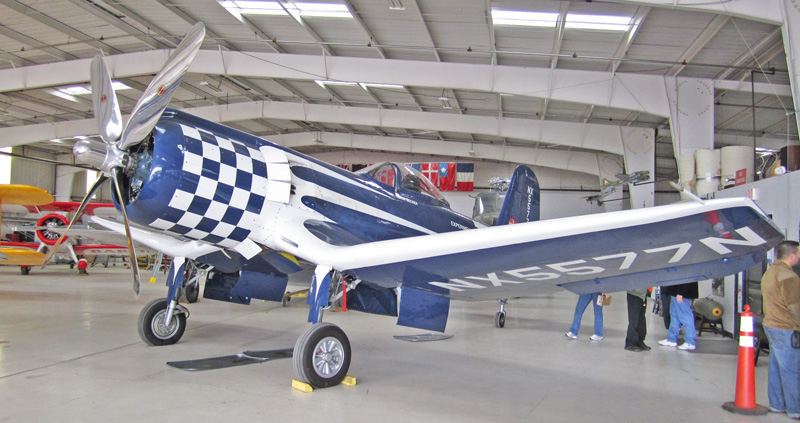 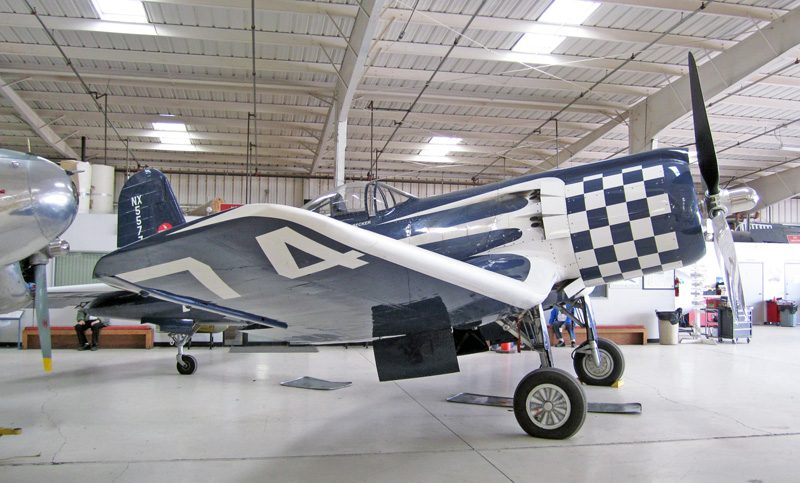 The contest also had a good amount of vendors, with some deals to be found. I managed to pick up a Hasegawa Bf 109G-14 and a 190D-9 for $15 each, and one included a set of Eagle Editions decals! There was a great selection of books for sale, too. Skylancer Decals also had a stand. These are great looking decals for Korean War era jets, unfortunately only in 1/48th scale. I talked to him about offering at least his F-84 decals in 1/32nd scale; he said he would think about it as he had gotten a few requests. We will see.

Awards were given in the form of gold, silver, and bronze medallions which were quite nice. Unfortunately, I did not see how the LSPs placed as all the kits disappeared practically within seconds of the awards placements; typical of US IPMS events it seems to me. I did run into Rodney Williams as he was packing up his aircraft; it was great to put a face to the incredible models he has created. And although he fears his modeling career is nearing its end, at 80 years old he is still building beautiful, clean, models including an Academy 1/72nd scale early B-17 he had brought with him to this show.

It was a nice show. I hope to make it back there again in the future, and I recommend anyone who will be in the area next November to check it out!