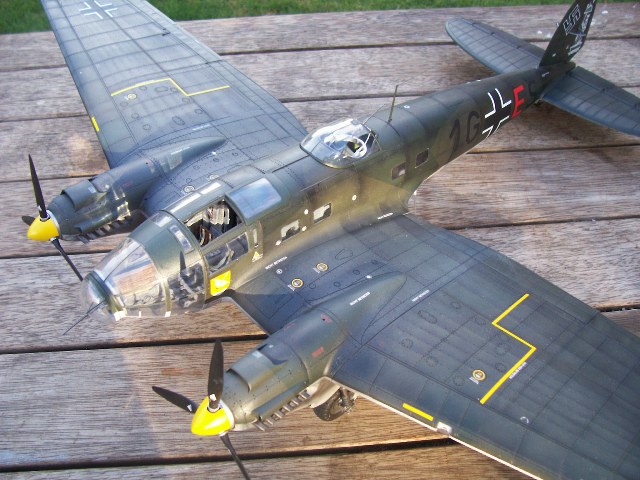 I've always loved the He 111, so when it came out in my scale (1/32) I kinda had to have it - and for the price I reckon Revell have done a pretty decent job with this kit. Would I do things different were I to build it again? Sure, but I'll talk about the things I would do over and leave it to you as to whether this effort is up to scratch.

First thing is to add extra surface detail. The control surfaces have some nice detail in them but the larger surface areas are almost devoid of anything other than panel lines. And there's a LOT of surface area; it takes ages -but I reckon its worth the hours of scratching and drilling. Instead of drilling, (and especially on large flat areas) I find it quicker and just as effective to use a pricking device to add rivets. I use a corn fork from the kitchen drawer...seriously. I still drill on curved areas or where the plastic is thinnest, but the corn fork fits in the hand so well and its easy to control the amount of pressure placed on the plastic. 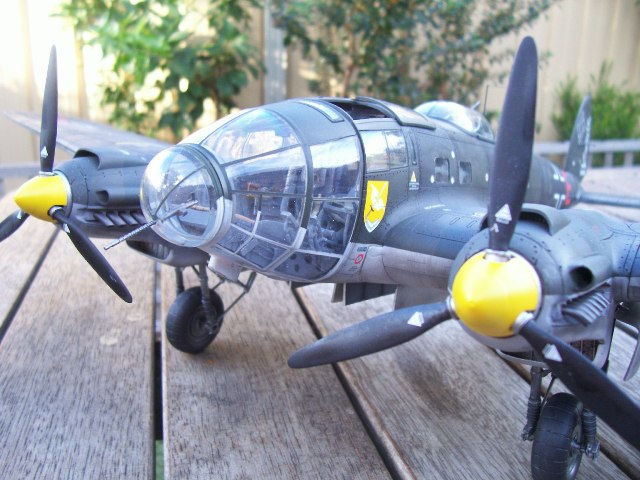 Whilst doing the detail, I preserve my sanity by constructing some sub assemblies like the cockpit - and I reckon the Eduard interior and seat belt sets are a bit of a must. The wood grain on the navigators 'rest' bed was done by spraying a dark brown and letting it dry properly, then spraying a lighter colour and then just as that coat is still tacky, draw in the grain effect with a sharp pointy object...like a corn fork (so versatile). Cut out the doors on the cockpit bulkhead so you can see the walkway down the fuselage and the bomb racks (Not entirely convinced that the Eduard Bomb Bay kit is as necessary as the others, but hey, if you want to...pretty pricey though for what you see). Last thing to say about the cockpit is the 'glass'; its really good and shows off quite a bit of the interior with a minimum of distortion. Do your self a BIG favour and get the Eduard mask set.

Major construction was surprisingly stress free. With other Revell kits, I've become accustomed to buying 6 tubes of putty and hundreds of sheets of sand paper, but with this kit Revell seems to have turned a corner. Everything fit sweetly- even the the join on the underside where the wings attach to the fuselage. Not one squeeze of filler was used- just a run of C/A after gluing and a light sand...Nice 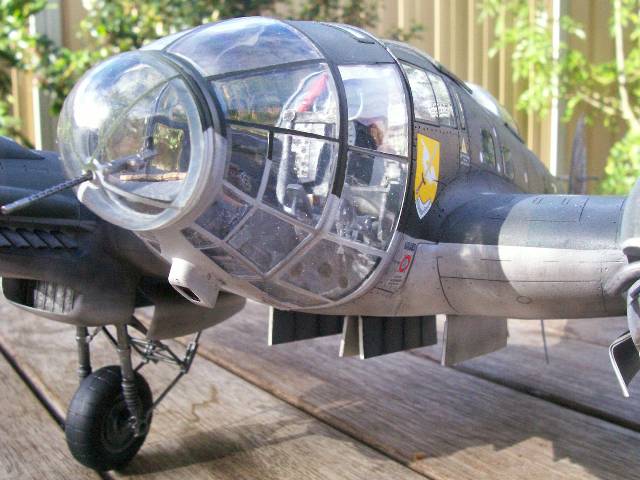 The finish is something I ummm and arrr about...I wonder if next time I might make the contrast on the camo a little starker for effect, but on the other hand, a lot of photos make it hard to tell the extent of such contrast...Hmmm, maybe lighten up the green with a bit of yellow next time. Anyways, the finish was pre-shaded, then painted then pastel dusted along the lines to give the model some extra depth. The guns were replaced with Master metal barrels. The aerial line is stretched sprue.

All in all I reckon this one turned out OK, but - and like I said - there's a few things I'd do differently...Next time... 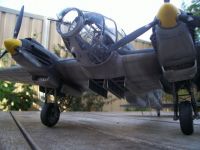 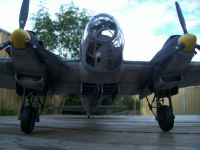 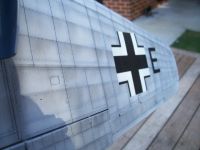 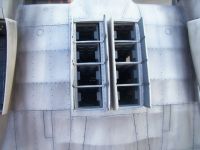 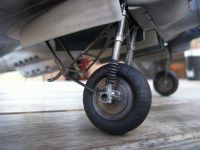 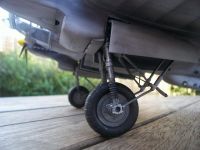 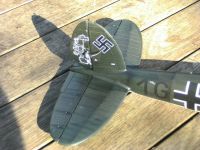 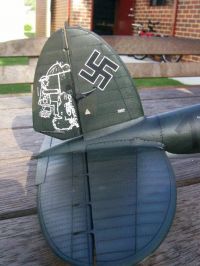 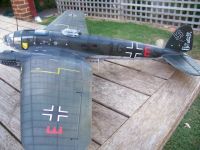 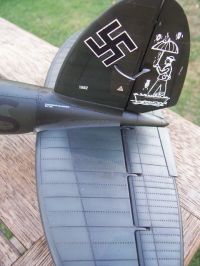 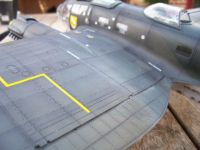 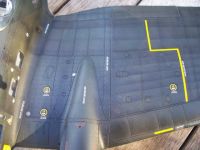 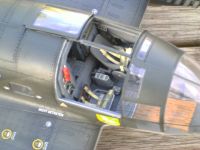 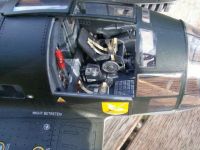 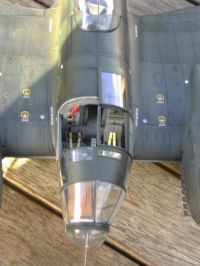 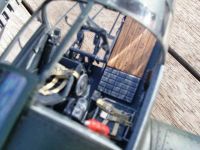 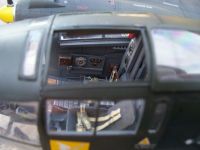 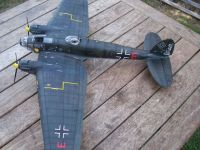 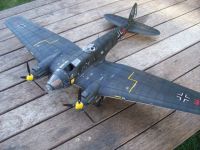 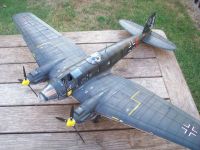 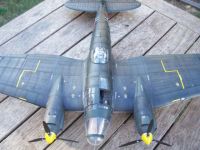 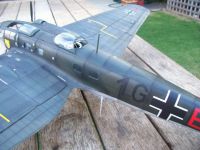 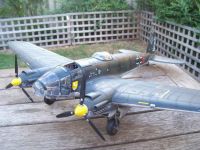 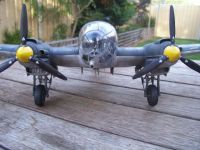