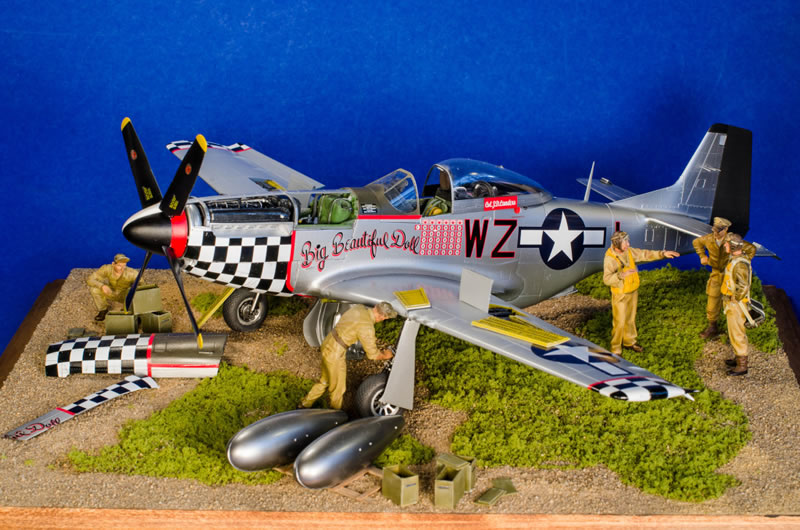 This was my first go at a NMF and while it's not perfect by a long shot, it still looks OK to these old eyes. The ammo boxes are from Jerry Rutman and look great. The two mechanics are from ZM and were painted with Vallejo Acrylics. She was a super project and Tamiya's P-51D became a classic from the day it was released. I decided to leave one set of exhausts off so the engine wiring can be seen. What started out as an OOB, straight out of the box, never went that way from day one and I'm willing to bet, I spent more on all the AM products then the kit itself. 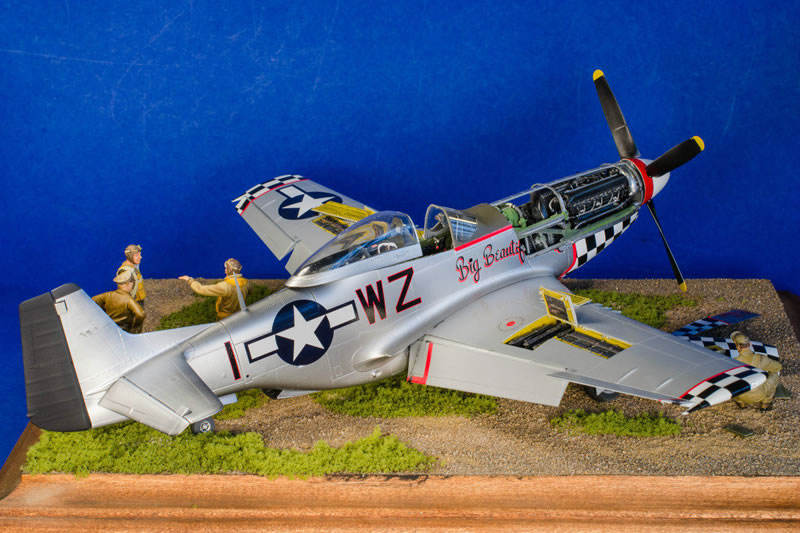 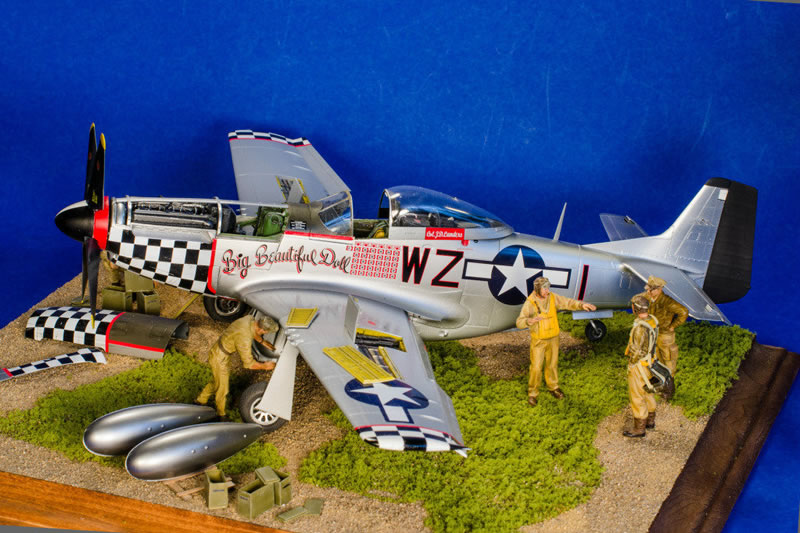 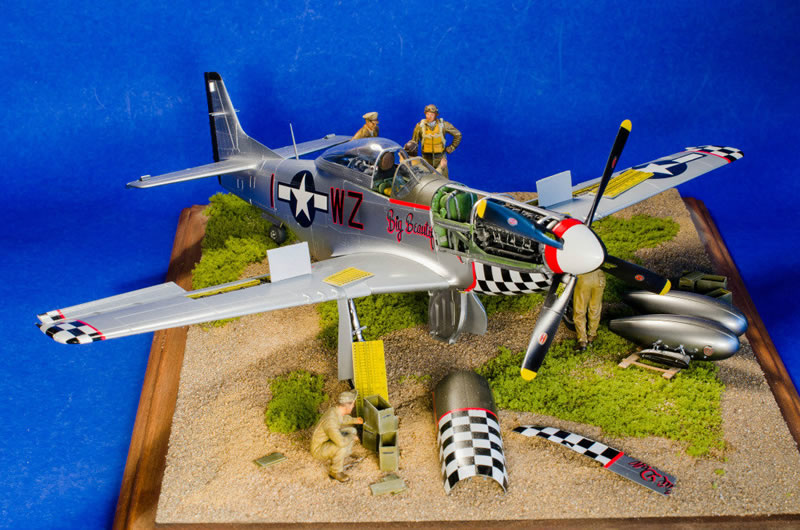