Airframe Album No 5 is Coming! 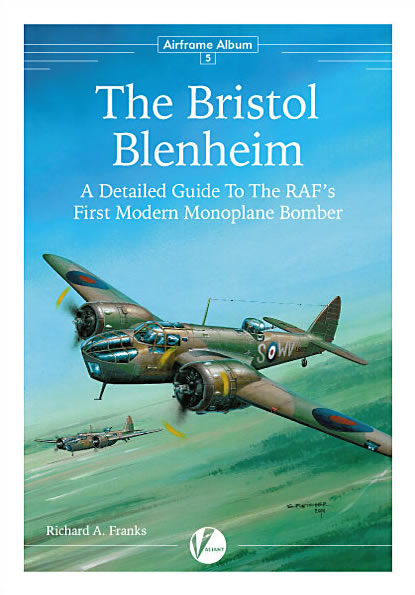 I am delighted to announce the fifth title in the rapidly expanding Airframe Album series from Valiant Wings Publishing. This series of books offers everything that modern modellers want when they are tackling a specific subject and includes:

Airframe Album No 5 - The Bristol Blenheim - A Detailed Guide to The RAF’s First Modern Monoplane Bomber by Richard A. Franks.

Our fifth title in the Airframe Album series will provide more variety in subject matter compared to our previous four titles in the series and is perfectly timed for the new tool 1/72 Airfix kit releases and recent re-release of the 1/48 Classic Airframes kit.

Contents will include all the elements listed plus:

Airframe Album No 5 - The Bristol Blenheim - A Detailed Guide to The RAF’s First Modern Monoplane Bomber by Richard A. Franks will retail at only £15.95 per copy + postage and packing.

For every copy bought directly from us £1.00 will be donated to The Blenheim Society to help support the example at Duxford that is being restored to fly again.

The book will also be available from all good hobby stores, specialist bookshops and ADH Books. Publication is scheduled for October 2014.