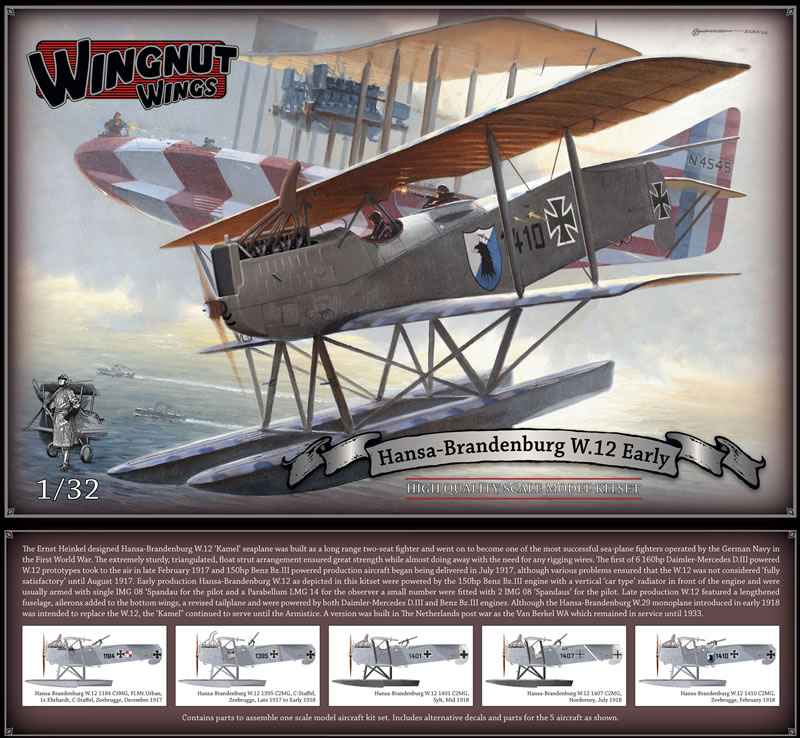 Just in time for Christmas we were pleased to announce the release of our 2nd German seaplane model, the Hansa-Brandenburg W.12 'Kamel'.

Although still a biplane, like its successor the Hansa-Brandenburg W.29, the W.12 features relatively simple construction and almost no rigging making it ideal for less experienced modellers of First World War aircraft.

Early production W.12 featured a short fuselage and ailerons only on the top wing. 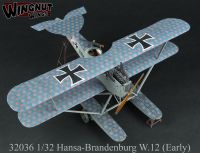 Please visit our website for hints & tips in case there are any important corrections etc to the instructions. Wingnut Wings models are available direct from our website with payment by credit card or PayPal and through specialist retailers.