Airframe Album No 12-The Gloster Gladiator is coming! 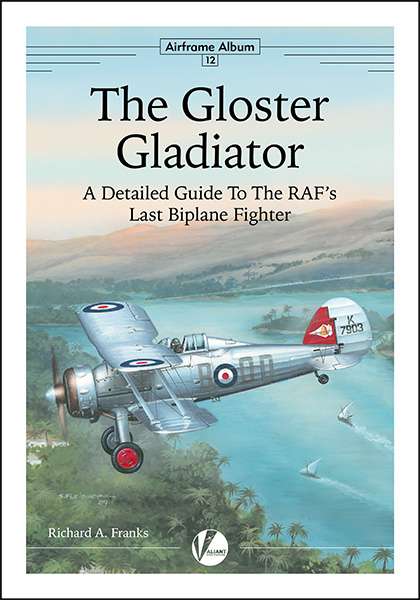 Airframe Album No 12 - The Gloster Gladiator-A Detailed Guide To The RAF’s Last Biplane Fighter
by Richard A. Franks

The Airframe Album series of books is now five years old. Airframe Albums offer everything that modern modellers want when they are tackling a specific subject.

For our twelfth aircraft subject we have rung the changes and gone with our first biplane subject.

Airframe Album No 12 - The Gloster Gladiator-A Detailed Guide To The RAF’s Last Biplane Fighter by Richard A. Franks

This book will be an essential companion for anyone tackling Gladiator kits in all scales and complexity from the old Pyro/Inpact 1/48th and Frog or Heller 1/72nd scale kits to newer offerings from the likes of Silver Wings (1/32nd), Roden (1/48th) or the new tool Airfix example (1/72nd).

Contents will include all the elements listed plus:

Airframe Album No 12 - The Gloster Gladiator-A Detailed Guide To The RAF’s Last Biplane Fighter by Richard A. Franks will retail at only £16.95 per copy + postage and packing.

The book will also be available from all good hobby stores and specialist bookshops . Publication is scheduled for late September. ISBN: 978-0-9957773-1-6.

Order before September 25th and save £2.00 on post and packing!
Win a superb Gladiator A3-size print in our pre-order prize draw! We have two different ones to give away, both created by Seweryn Fleischer including the specially commissioned cover image.