Neil Yan of HK Models kindly sent us a pre-production sample of the company's upcoming 1/32 Gloster Meteor Mk 4. The kit arrived sans box, instructions or decals. It is also missing the clear parts sprue, and Neil informs me that this is because his team is still perfecting the shape of the windscreen. The image of the clear sprue below is courtesy of James Hatch and Large Scale Modeller.

The kit itself is nicely detailed but surprisingly and refreshingly simple for a modern kit. Apart from the aforementioned clear sprue, all the plastic parts are contained within three large sprues, labelled 'A', 'B' and 'C', with a modest count of around 85 parts. This simplicity belies some very lovely tooling however, with refined surface detailing and thoughtful engineering. Let's take a closer look at the parts. 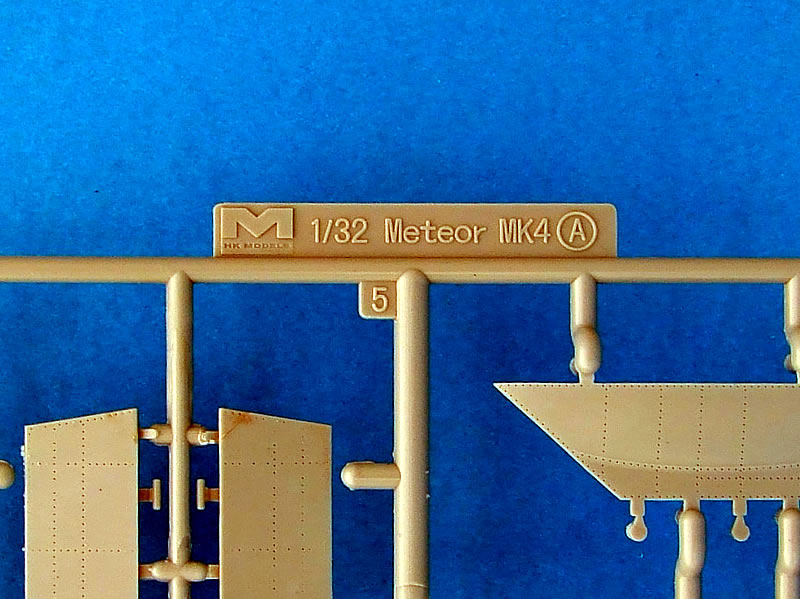 This contains the two fuselage halves, plus various flaps and doors for the airframe. To my eye the finesse of the surface detail is in the same class as the Tamiya 1/32 Corsair kit, and is extremely impressive. Bear in mind that I've increased the contrast on some of the photos to better show the detail, which exaggerates the effect somewhat.

There are no ejector pin marks on any external surface, and no flash anywhere to be seen. And to emphasise HK Models' approach with this kit, there is no internal detailing on the fuselage whatsoever, with the sole exception of some delicate ribbing on the inside of the gun ports. There is a small sink mark at the rear of each wing root, but apart from that there appear to be no other moulding flaws. 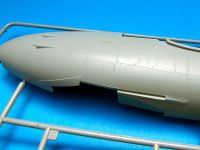 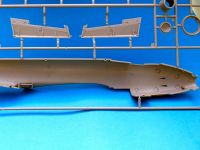 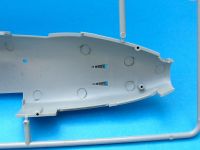 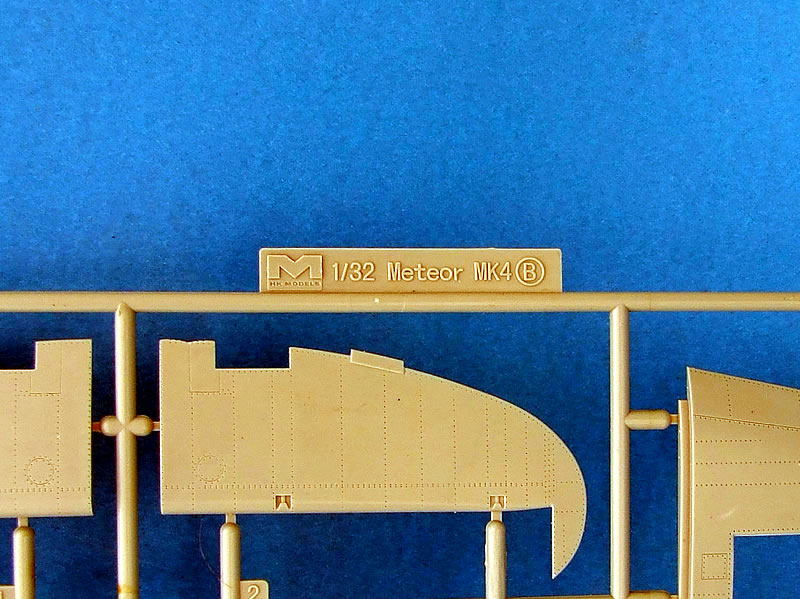 This sprue features the lower one-piece wing section, along with the main empennage components and the belly tank. Neil informs me that his team is still refining the shape of the belly tank. All the previous comments regarding mould quality and surface detail apply equally here. The wheel bays are moulded integrally into the lower wing, and while undoubtedly heavily simplified, are crisply moulded and form a sound basis for the superdetailer. 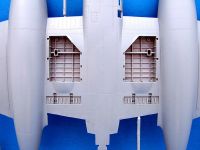 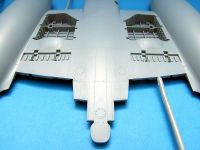 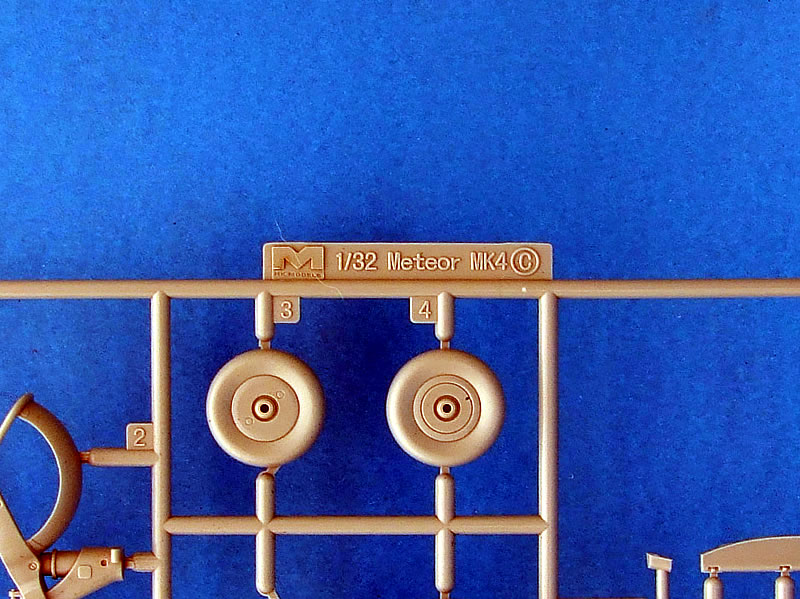 Sprue 'C' contains the two upper wing sections, as well as the landing gear parts and most of the internal details. The wheels are moulded in halves, and each sports a subtle bulge and flat spot that should give a nicely realistic weighted effect when assembled. The cockpit sidewalls feature some impressive detailing, with deep undercuts and recesses.

The upper wing sections have large cut outs for the engine bays, with corresponding separate panels to fit into them, but the kit supplies no engines or other internal details. While this at first seems rather curious, I suspect that the purpose here is to leave a hole (literally!) for the aftermarket to fill with engines and bay details. Or perhaps HK Models plans to release a separate detailing set for this purpose. 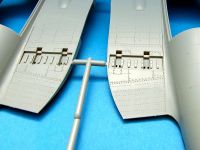 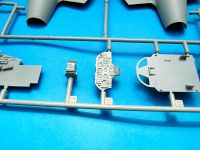 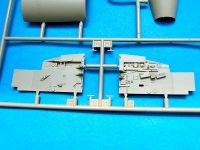 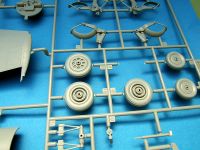 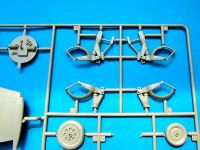 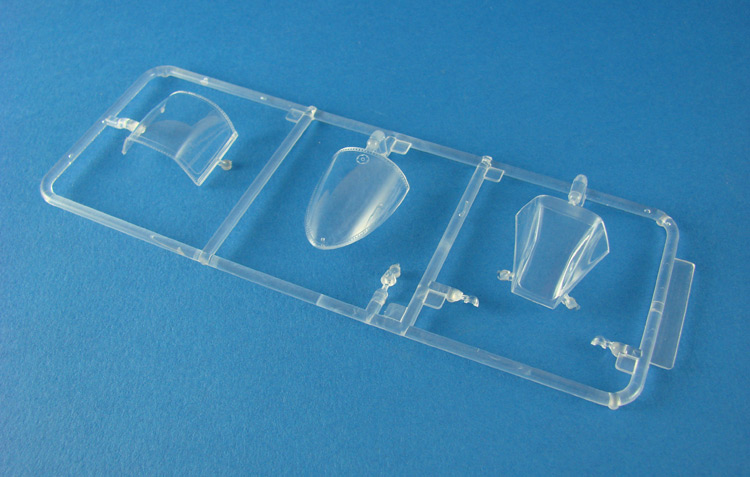 As noted earlier the clear parts are due to be revised, so the sprue in the photo above is not representative of the production version. The photo is included for completeness. 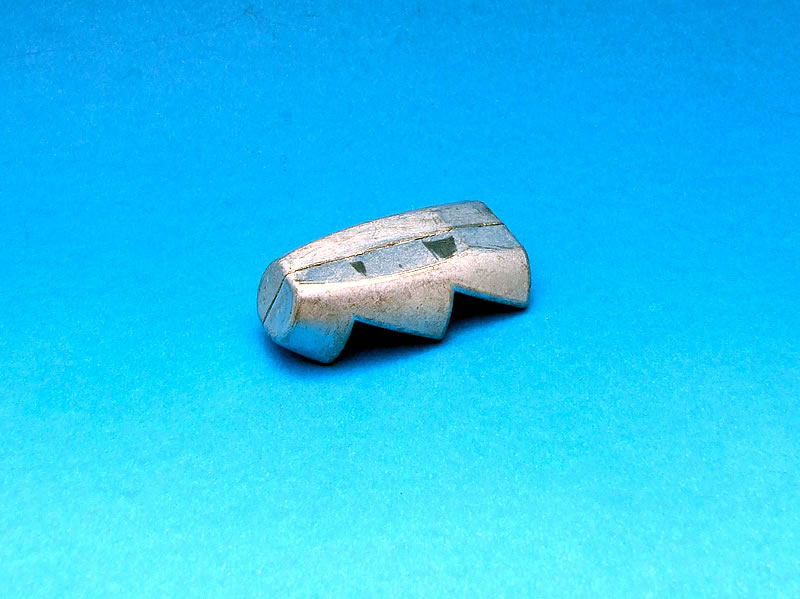 Worthy of a mention is this solid lump of a metal nose weight, sculpted to fit into the nose around the assembled cockpit. This is a thoughtful and cleverly-engineered inclusion that greatly simplifies dealing with the old 'tail sitter' issue. It's also worth noting that this is only really possible due to the company eschewing the now-standard approach of providing full internal detailing with removable panels to expose it.

The only areas of the kit I have any concerns about, from an engineering point-of-view, are the two-part landing gear assemblies. Each wheel leg on the Meteor includes a mud guard, and these are moulded in halves along with the rest of each gear leg, and I fear that removing the resultant seams tidily might be a bit of a challenge. The parts themselves are beautifully moulded however, so it will be interesting to see if the way they are engineered poses any real issues.

I really admire the stripped-down approach that HK Models has taken with this kit. I appreciate extreme detail in a model kit as much as anyone, but it drives up the cost and complexity of the kits in question, and makes them anything but simple to build. It's nice to have a balance, and the HK Models Meteor sacrifices internal detailing for simplicity. This should make the model a quick and pleasurable build, and should keep the cost down too, compared to the spiralling price tags of today's LSP über kits.

I should have access to instructions, decals and clear parts in the near future, and plan to take a more comprehensive look at the model then. And perhaps even build it!