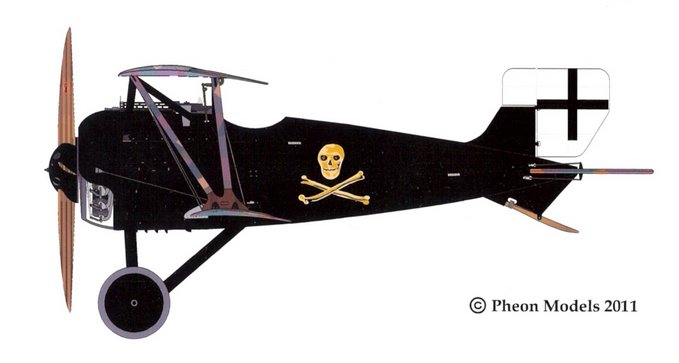 The Roden 1/32 Siemens Schuckert DIII was warmly welcomed by the WWI modelling fraternity when it came out in late 2009. It is a pugnacious looking fighter that saw only limited service in the last year of WWI due to problems with engine cooling. By the time the recalled aircraft had been refitted with improved engines, a new rudder, balanced ailerons and a cut‑away cowling for better cooling, the war was nearly over. It is generally regarded as one of the best German fighters of WWI and its phenomenal climb rate meant many DIIIs were used by Home Defense (Kest) units as well as some front line Jastas.

The kit comes with three markings options which left plenty of room for some enterprising after-market decal producer to provide modellers with a wider range of options. Pheon Models have certainly done that with this release which covers 12 aircraft (virtually all the aircraft featured in the Datafile from Albatros Productions). 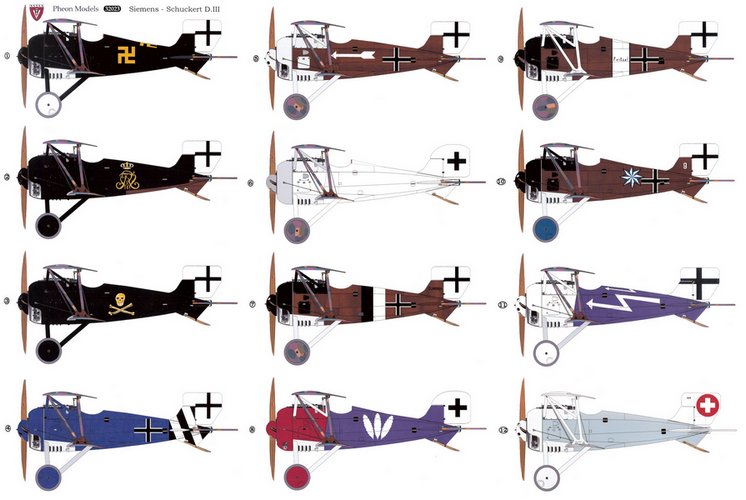 The first three options are from Kest 5 which had black fuselages and personal markings in a pale colour which is not confirmed but portrayed by Pheon in golden yellow.

Three full pages are devoted to the Roden kit with tips for fixing some minor shortcomings and improving the accuracy of some details. Pheon note that the Roden kit is accurate in shape and outline, and the suggested modifications will not be particularly difficult to do. 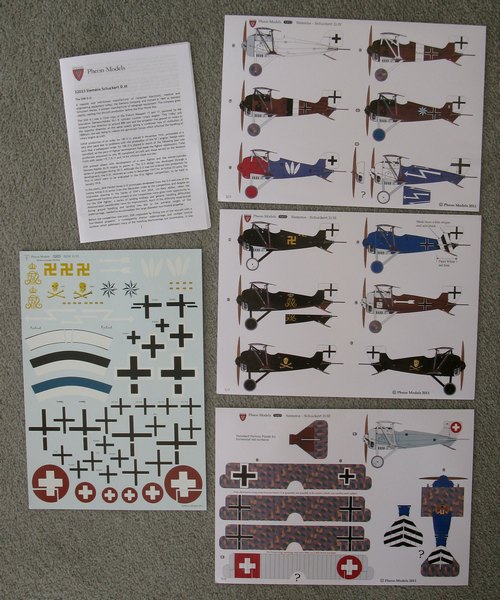 Pheon decals are printed by Fantasy Printshop in the UK who have a solid reputation for quality. The review set had perfect registration and minimal carrier film.

Availability: only direct from Pheon Models by email pheon.models@hotmail.co.uk.

Pheon have been relatively quiet for the last six months so it is pleasing to see this new release confirm their continued interest in WWI subjects.

This set offers excellent value for money with a generous choice of subjects. The full colour artwork/decal guides and the instruction booklet make for a top quality set. Lots of WWI modellers will have the Roden DIII in the stash - these decals will be the stimulus to get it onto the modelling bench.

The only difficulty with the set will be deciding which of the interesting and colourful markings to build!