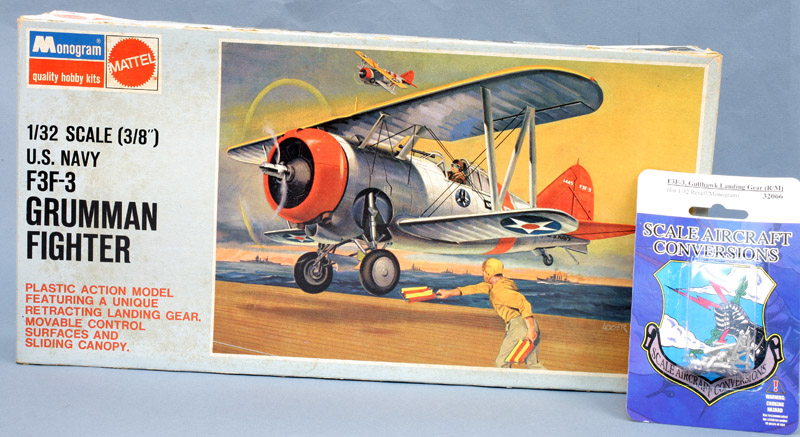 A recent release from Scale Aircraft Conversions is this new accessory set for the Revell/Monogram 1/32nd F3f-3 or Gulfhawk kits. The set includes the main landing gear and the tail gear as well as of the bracing and retraction mechanism details. 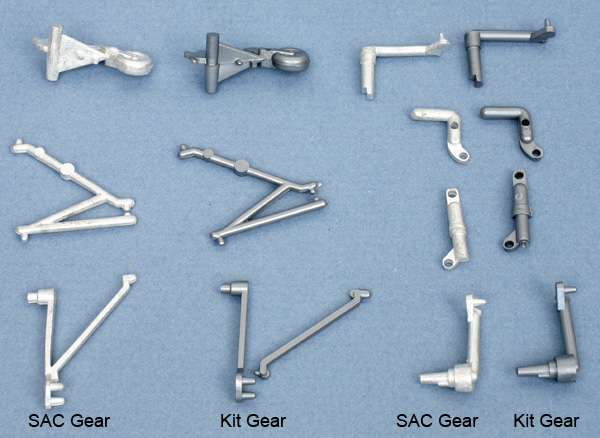 This set is simply meant to be a direct replacement for the kit’s plastic landing gear, providing the modeler the option to go with white metal instead of plastic. It is nice to see some aftermarket for an older kit such as this. But while the casting is quite good, most of the details are unchanged and any defects of the kit parts, such as molding seams and oversize connections for the period working gear, are therefore replicated on the SAC gear. SAC’s only upgrade from the R/M parts is to combine two of the bracing rods. This is really an opportunity wasted as the gimmicky landing gear could have seriously used a scale upgrade. Plus, I think it will be more difficult to make the metal gear workable, although few will probably want to keep the gear operational.

I still am not happy with the softness of the alloy used. However, the gear of the F3F is quite spindly and even though the SAC gear will easily bend I am confident it is stronger than the kit gear and will hold up well. As the F3f is quite small and the kit light-weight I do not expect the SAC gear to sag over time.

Recommended as a quick and relatively low-priced replacement for the rather spindly kit gear with probably no chance of anyone else taking this kit on.