Pheon Decals | Decals for the Wingnut Wings RE8

RFC/RAF topics are hard work for an after-market decal manufacturer, compared to other WWI combatants, due to the general lack of personalised markings. One PC10 coloured aircraft looks much like another, right? Within the historical constraints Pheon Models have produced some interesting and relatively colourful options with the release of this set.

#32038 has markings for 11 operational machines and one allocated to RFC HQ in France for ferrying the top brass around: 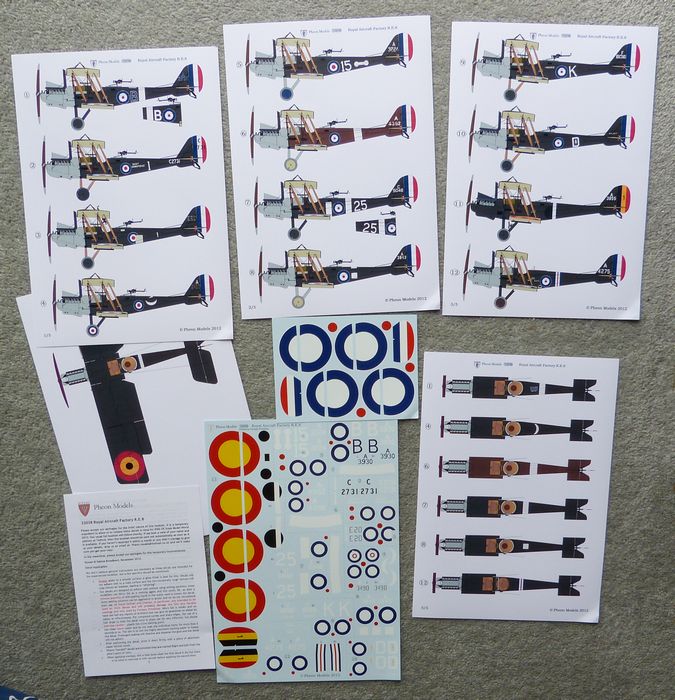 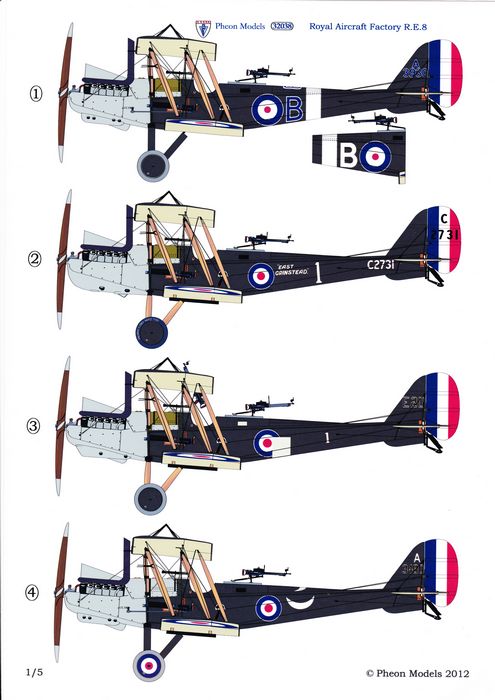 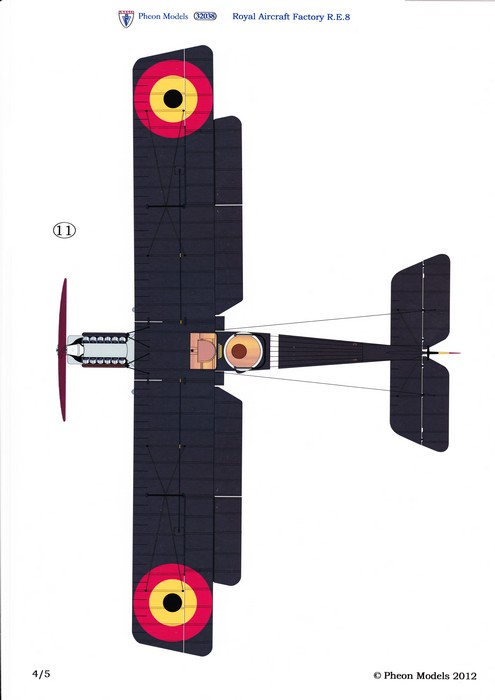 Centres for the roundels are printed separately to avoid register issues. Rudder stripes and wing roundels are included, presumably to ensure the blue on the fuselage roundels matches the wings (rather than using the kit’s roundels for the wings).

As with other recent Pheon releases, the instruction booklet is somewhat abbreviated due to the decals being rushed out in time for release at Telford’s Scale Model World 2012. Pheon have promised to provide a more complete booklet to modellers who purchased the set and left their address details with Pheon at the show.

There are five pages of artwork/decal placement guides printed on glossy A4 sized white card.

The decals are printed by Fantasy Printshop in the UK who have an excellent reputation for quality.

Things that could be improved

Nothing of any significance. More complete instruction booklets will be produced soon.

Within the constraints of historical RFC/RAF marking practice, Pheon has produced a decal set with a wide selection of options, some with interesting and colourful markings. Modellers will now be able to complete their RE8 models in something different to the kit options.

Available only direct from Pheon Models by email to: pheon.models@hotmail.co.uk.

Thanks to Pheon Models for providing a set for this review.