This is part 1 of a 2 part decal series covering post war 1950’s era RCAF P-51D’s. This set focusing on Sqdns of Western Canada.

I maybe a little biased but I believe these RCAF P-51 schemes made for some of the sharpest looking P-51’s ever to grace the skies. 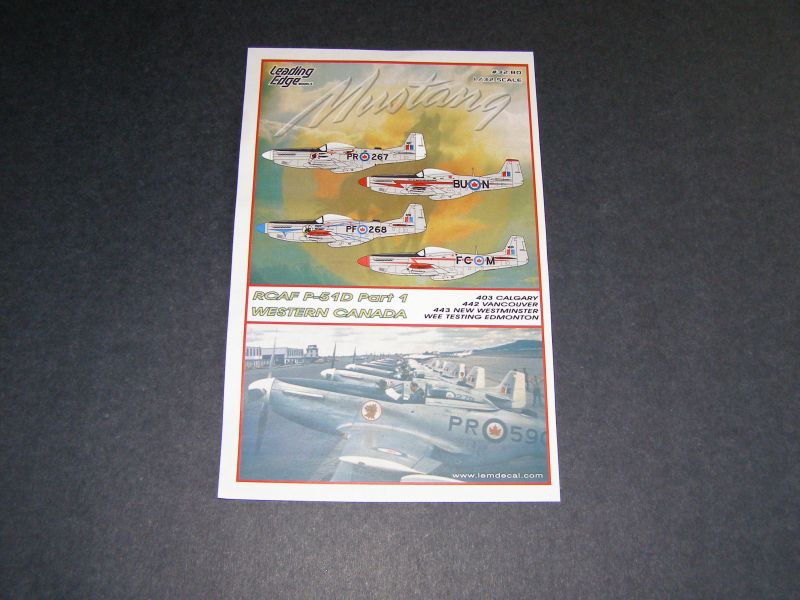 The set comes in 5 decal sheets that are in perfect register and excellent crisp bright colors. There are several well thought out features to the set including sufficient decals and stencils to build three complete airframes, aluminum roundel outlines for the red wing tipped airframes and three nicely molded resin spine radomes. 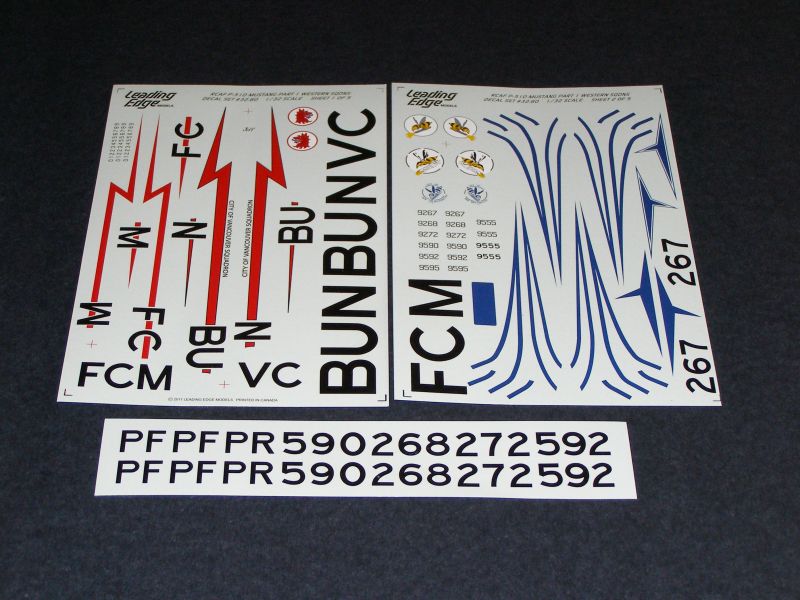 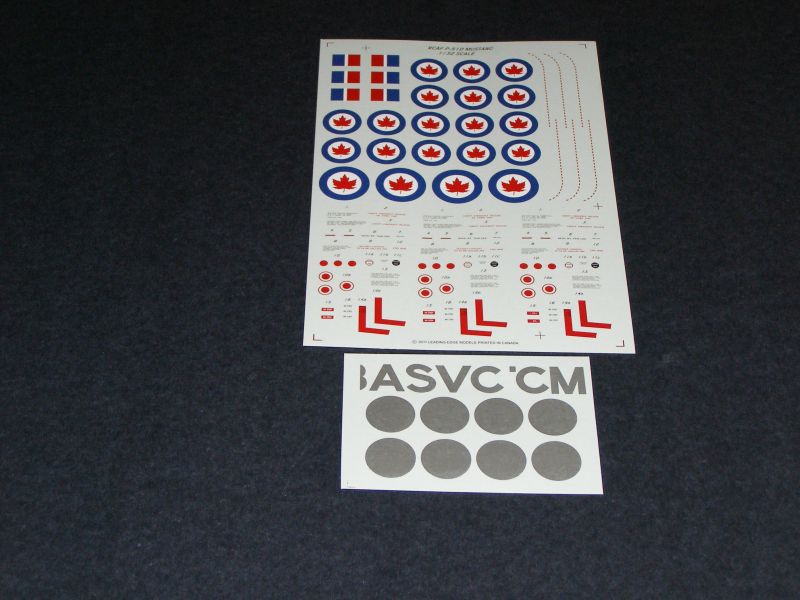 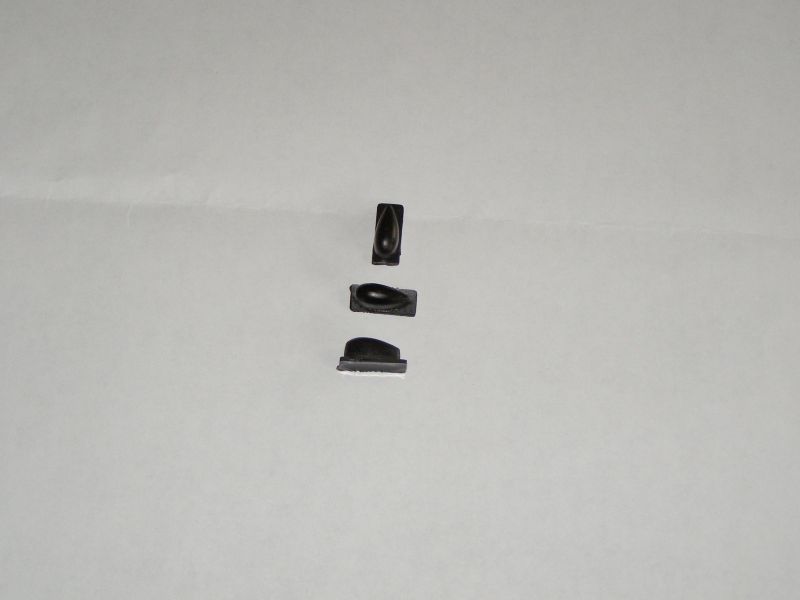 The 2 page instructions provide details on several specific airframes including history of four specific airframes. It should be noted that several of these airframes will require cuffless Hamilton Standard propeller blades to be completely accurate. 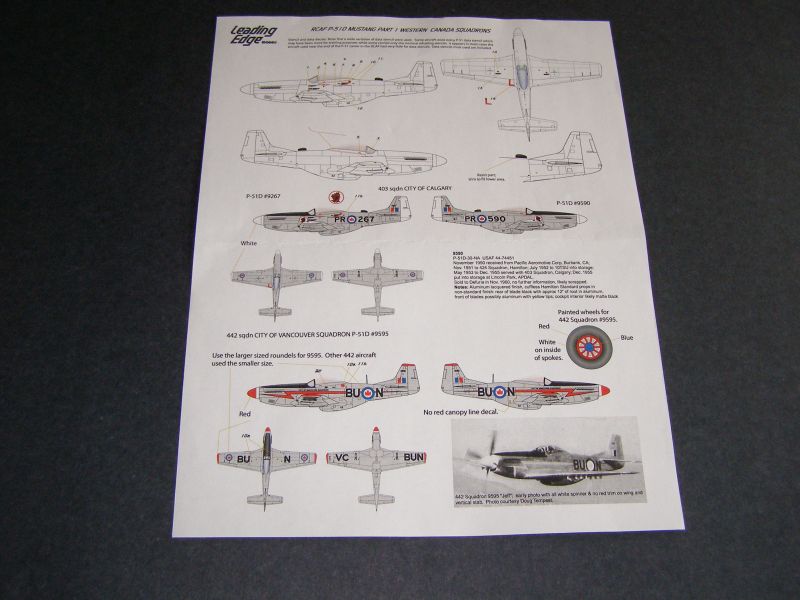 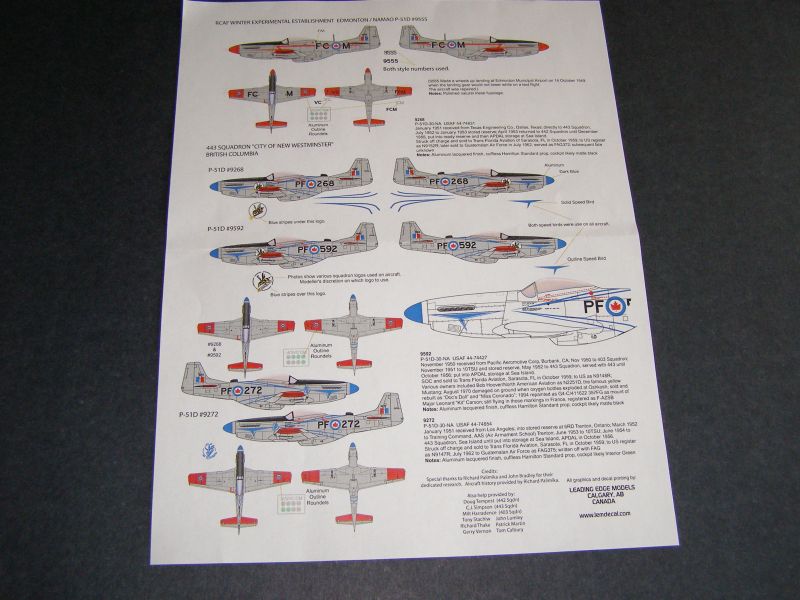 I’ve used these decals on my 1/32 Tamiya 403 City of Calgary P-51D and can verify they react every well to Micro Sol and Micro Set conforming to all details nicely with absolutely no issues with silvering. They are highly recommended.

The set retails for $23.00 USD plus shipping and handling.