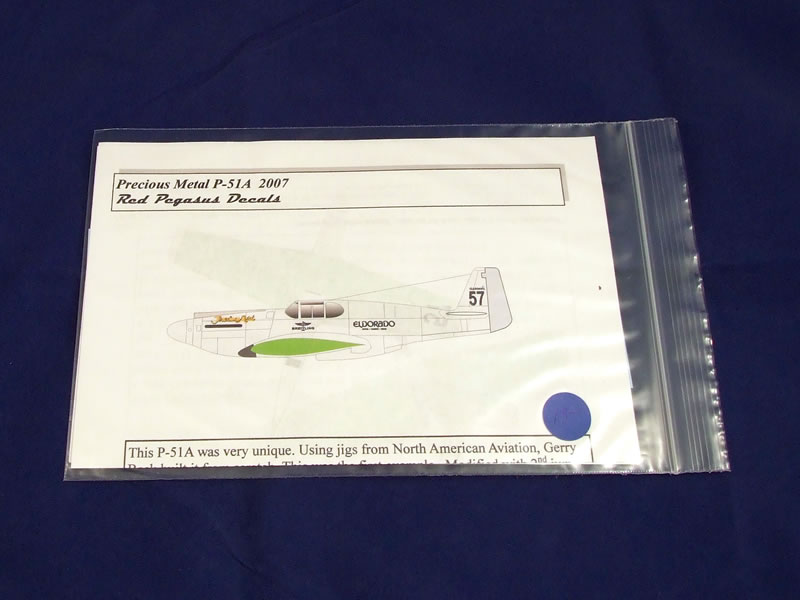 This decal sheet from Red Pegasus Decals represents the P-51A "Precious Metal", which was built from scratch using jigs from North American Aviation by Gerry Beck. Beck was tragically killed while flying this aircraft in 2007, after colliding with Bob Odegaard's P-51D "Stang" during landing.

The sheet is a very simple affair, with only 14 individual markings in total. No airframe stencils are supplied, however, none are in evidence on the few photos of the real aircraft that I could find.

The printing of the "Precious Metal" text in gold is especially impressive. The scan above simply doesn't do it justice.

Note the year on the bottom of the sheet says 2002; while this review sample is new to us, I'm not certain whether that date refers to the year the package was produced, or that the sheet represents what "Precious Metal" looked like in 2002. The instructions note that the aircraft was registered in 2006, so this appears unlikely.

Simple though it may be, the quality of this package is beyond doubt, so if you're interested in building this incarnation of "Precious Metal" in 1/32 scale, this set is for you!