This review covers the Eduard photo-etch set, number 32764, consisting of the seatbelts throughout the interior of the HK Models 1/32 B-17G Flying Fortress.

The set consists of one beautifully pre-printed etched fret measuring 70 x 60 mm and containing 84 parts. The pilot and Co-Pilots lap belts are real work of art, taking no less than 15 parts to make up one pair.

Here we can see the Fret. Note there are enough parts to make no less than 5 pairs of lap belts for the Pilot and co-pilot seats. More on this later...

We can also make up two lap belts for the swivel chair, used by the radio operator. 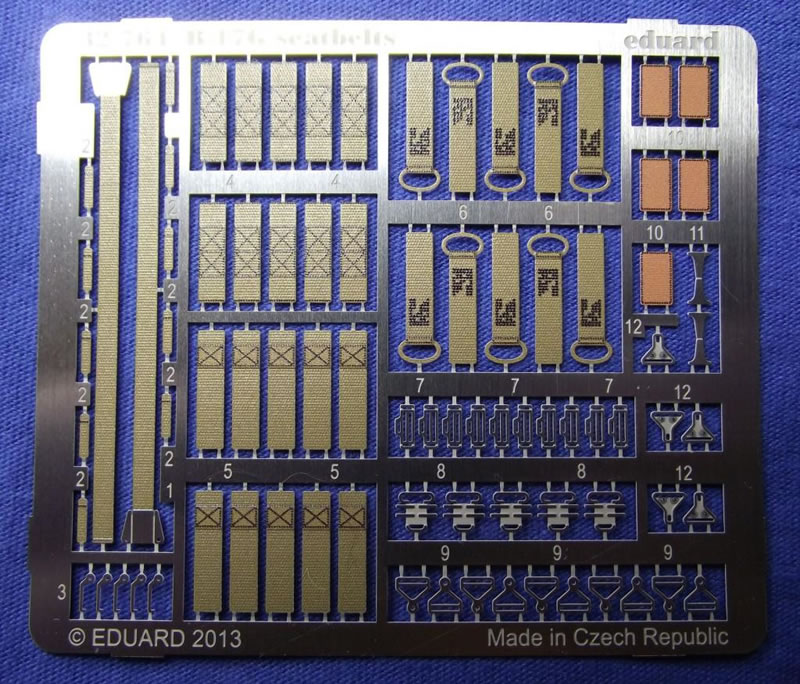 In this close up shot we can see the printed on stitching on each belt. I'm not sure if the loops at the end of each belt should be the same colour as the belt itself. 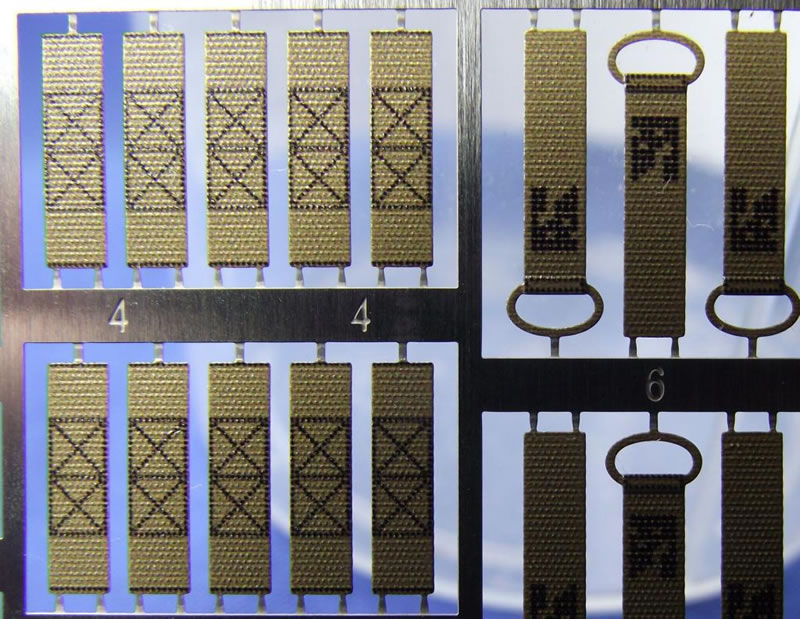 Here are the buckles, as I said, pretty comprehensive eh? 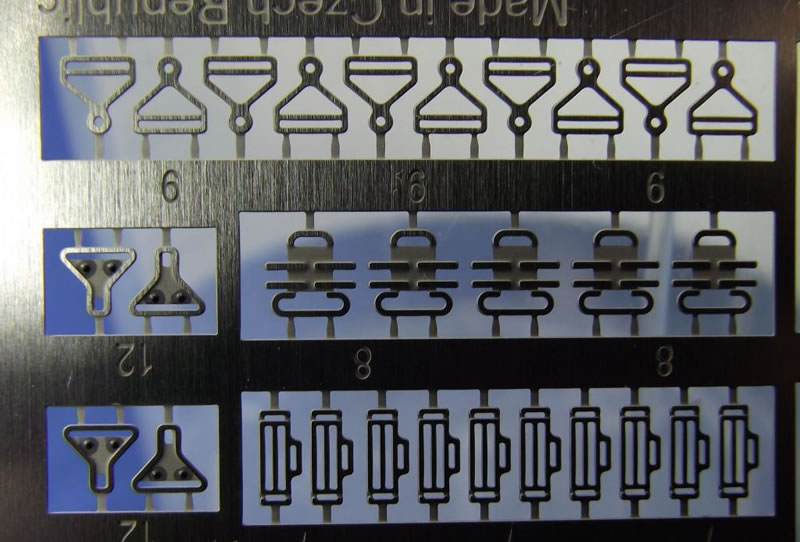 Here are the instructions, two sheets in all: 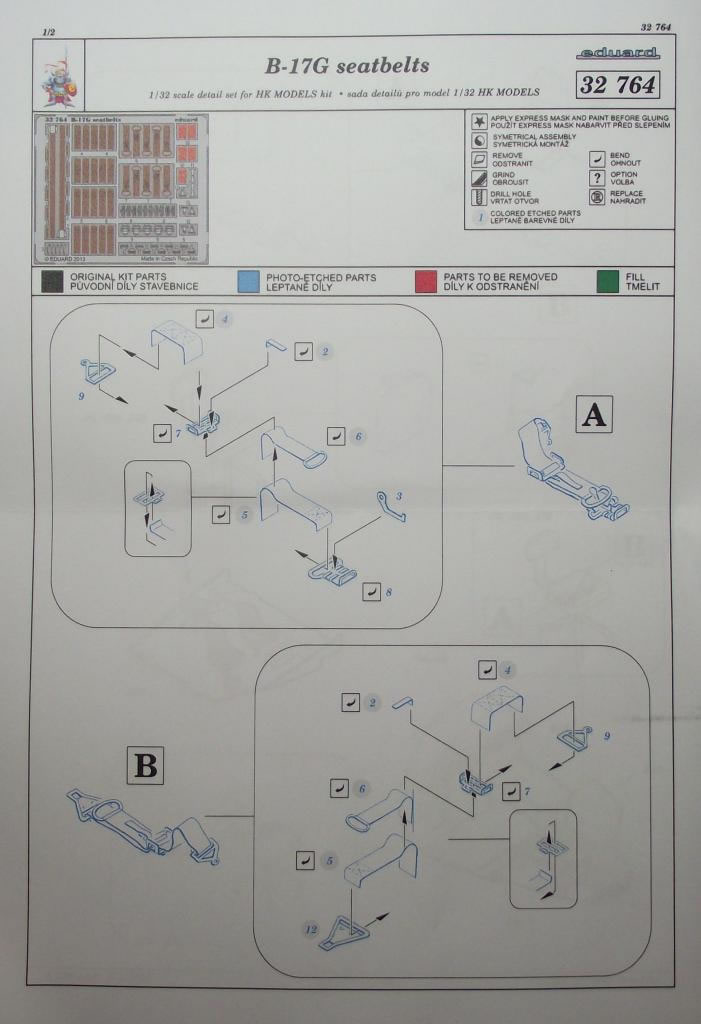 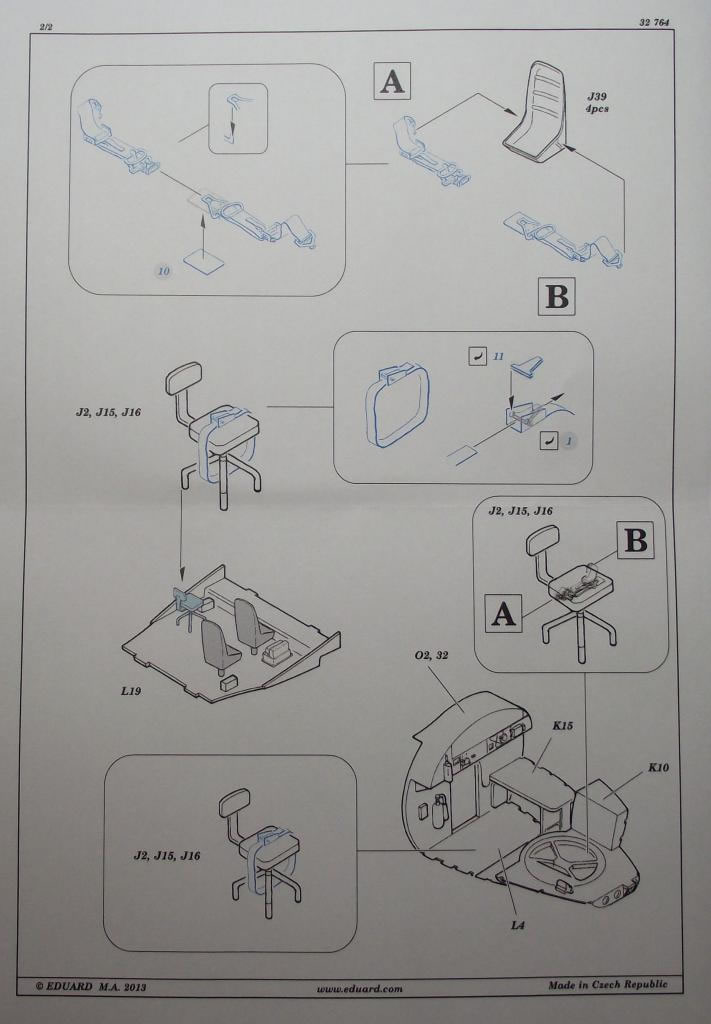 So, have Eduard done a good job with this set? Yes and no really. The belts really do look good on the fret, but after all the bending and folding required to get them through the buckles, there might be some bright metal showing through in places?

There are enough parts to make no less than five pairs of "main" belts, two for the cockpit, two for the much discussed "extra" seats in the radio room and one spare pair? Or...should the main lap belts be used in the nose for the navigator and bomb-aimer's swivel chairs? This is how the instructions are laid out.. But, the instructions show the "extra" seats in the radio room? Then, consider there are no belts for the Tail gunner or Ball Turret?

Decisions, decisions I guess you can just "do it your way".

This little set is available in the UK for around £10.99, representing good value, as long as that paints stays on the belts?

Thanks to Eduard for producing this set and thanks to my wallet for buying it.