Eduard has produced no fewer than eleven photo-etch upgrade sets for the HK Models B-17G. Here we have the set referred to as B-17G waist section. The set is presented as two sheets of brass and one sheet of clear acetate, all in the normal Eduard end opening envelope.

The first fret, pre-painted and plated, measuring 70mm x 47mm consists of 45 parts, most of which are dials and gauges for the various boxes dotted around this area of the aircraft. There are also some straps for the cartridge catching baskets supplied on the other sheet of brass. 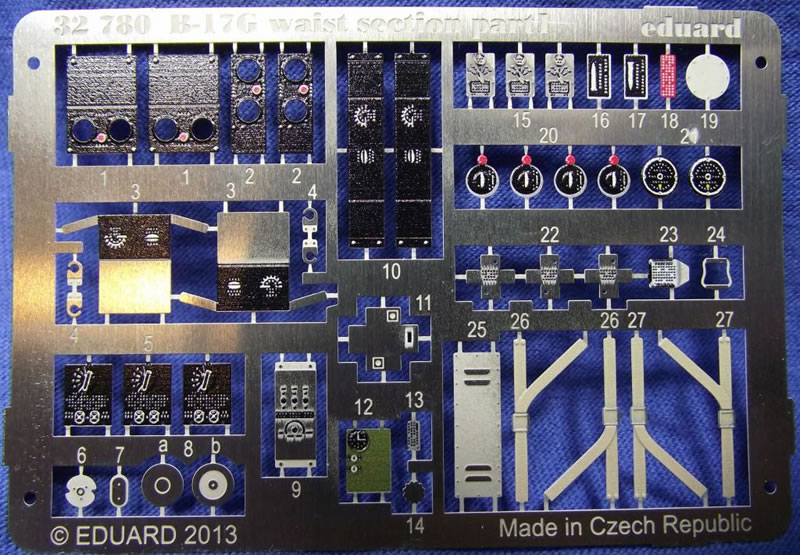 As already mentioned, the fret consists of gauges and dials, here we can see a close up of the pre-painted items. They will look great under a coat of matt varnish when fitted. Note the texture on the belts. 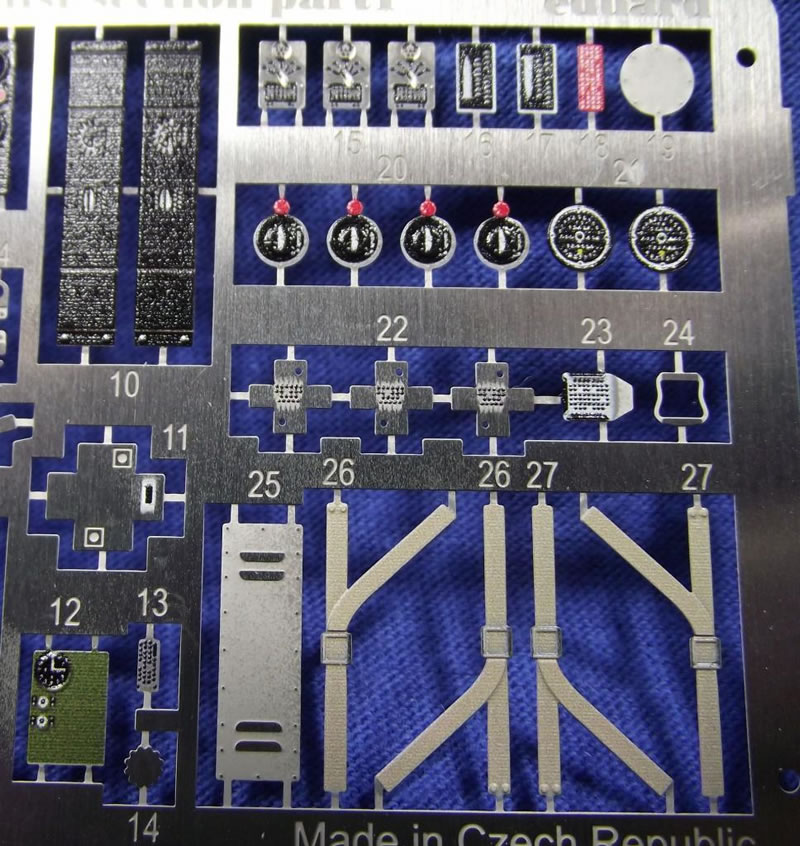 The second sheet of unplated brass measures 147mm x 99mm and contains 56 parts. On this sheet we can see the various boxes and panels to add detail to the waist gunners confines. There are brackets for the fire extinguishers and oxygen bottles and those aforementioned baskets for the expended cartridges. There are also sights for the machine guns and detail for the ammo belts. 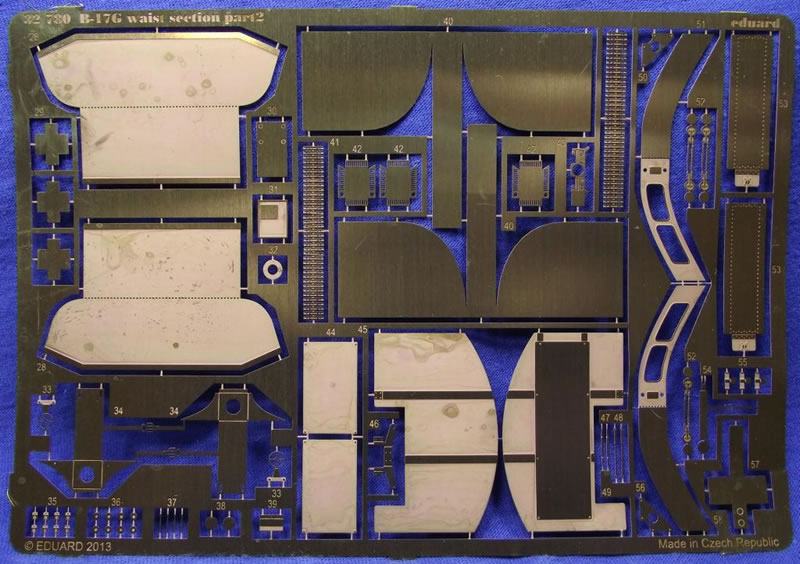 The third part of this set is the small acetate sheet, measuring 22mm x 17mm and having four parts marked out to be used in the sight for the tail gunner. 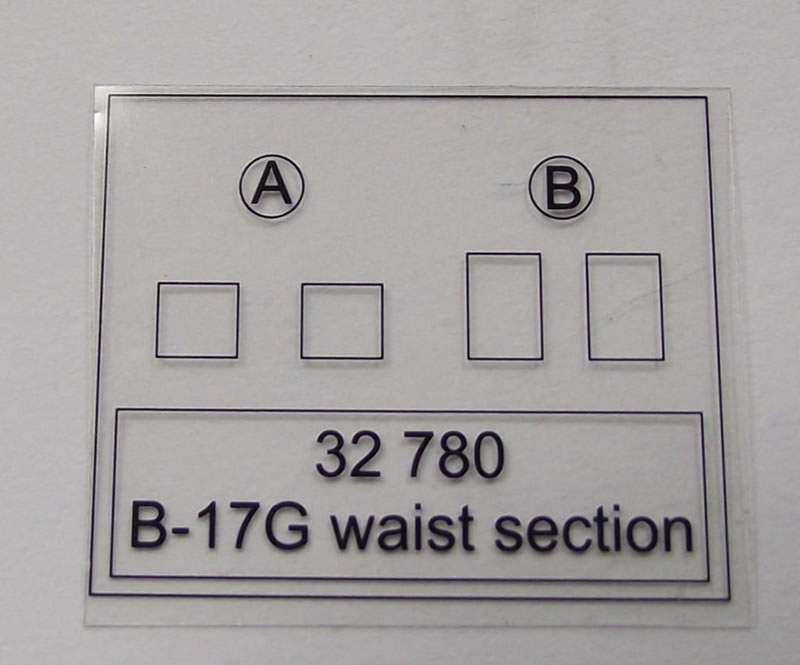 The set covers all the missing detail in the waist section and also has parts for the Cheyenne turret tail gun area. The gunsight area of the tail gun is beautifully represented here, and is very visible through the large clear panels of the Cheyenne turret.

The instructions for this set are supplied as four sides of A5 black and white printed paper. I have printed the sheets in A4 colour for this review and have only shown three of the four sheets as the fourth sheet is purely advertising, which is superfluous to your requirements as all these sets can be seen in my reviews here on LSP.

Sheet 1. As we can see, the first stage of assembly covers all the wall-mounted gauges, bottles and controls for the waist gunners. Note the panel with all the lovely added detail adjacent to the waist gunners windows. Also of note is the fact that most of these parts are duplicated on the starboard side. 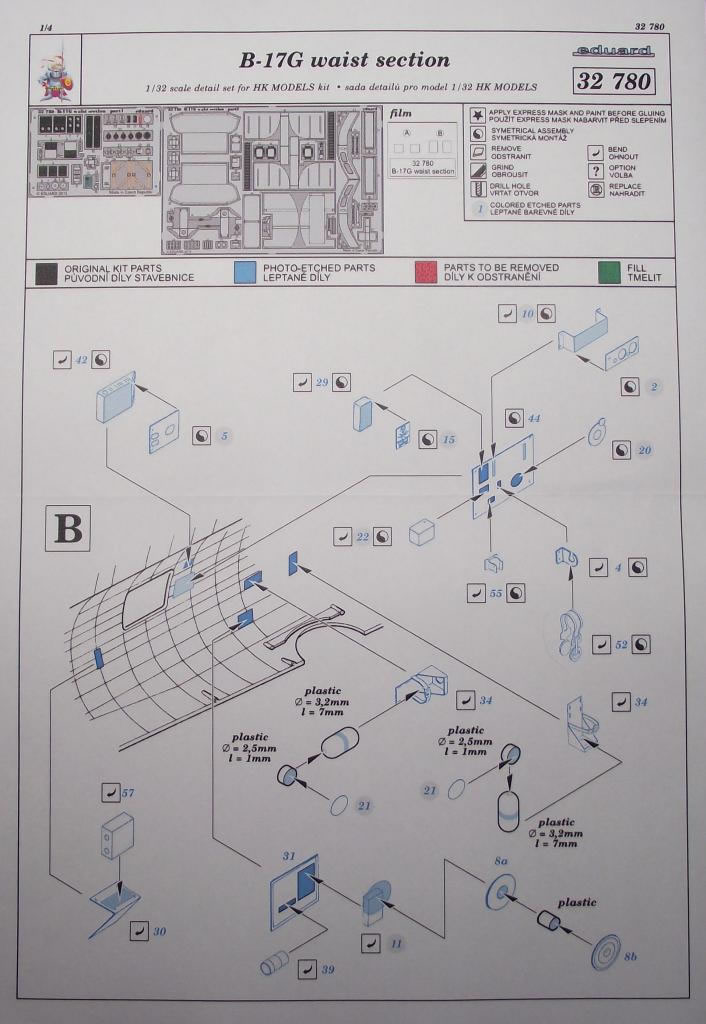 Sheet 2. Here we have detail for the ammo boxes and belts for each waist mounted gun. We also have the catch baskets for the spent cartridges. At the bottom of the sheet we can see detail for the Auxiliary Generator unit. 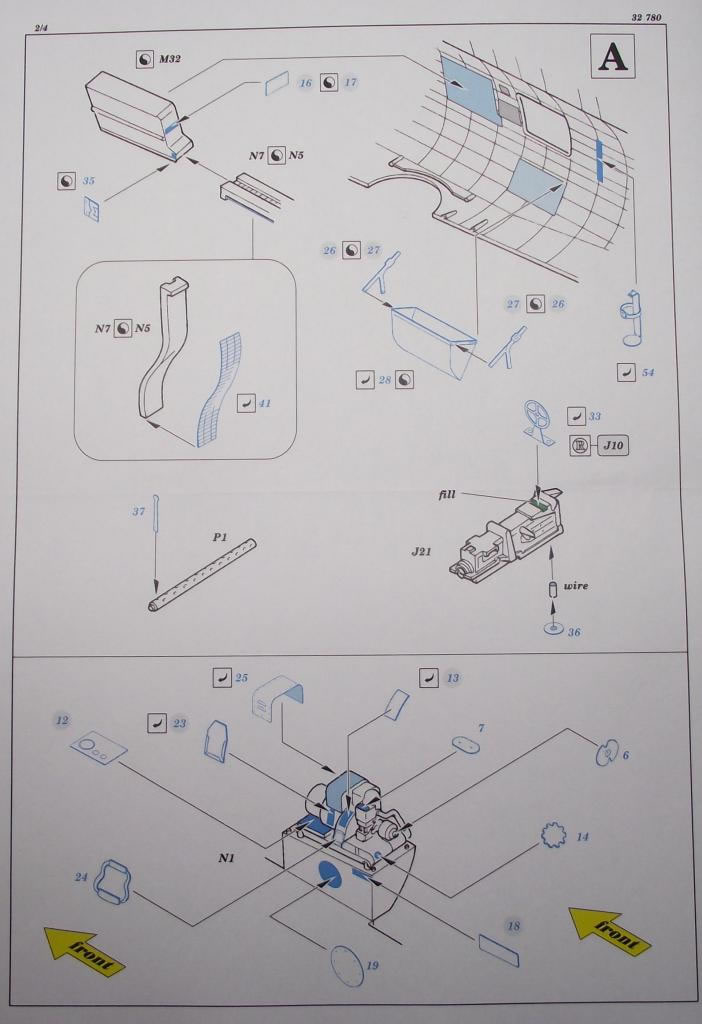 Sheet 3. The top two thirds of this page cover detail to be added to the Cheyenne tail turret. All of this will be very visible through the large windows of this turret and makes a great addition of detail to the area. The gun sight should look very impressive indeed!

At the bottom of the page we can see the ammo boxes supplied for the ball turret. The position of these boxes is in line with the kit, mounted to the bulkhead, but is apparently incorrect as there is a debate on whether the B-17 actually ever had external ammo boxes for the ball turret, and they probably were never fitted to the bulkhead. The panels supplied located either side of the ammo boxes are required as the kit unusually has a hollow area in these locations, which is actually the inside of the wall mounted radios in the radio room! 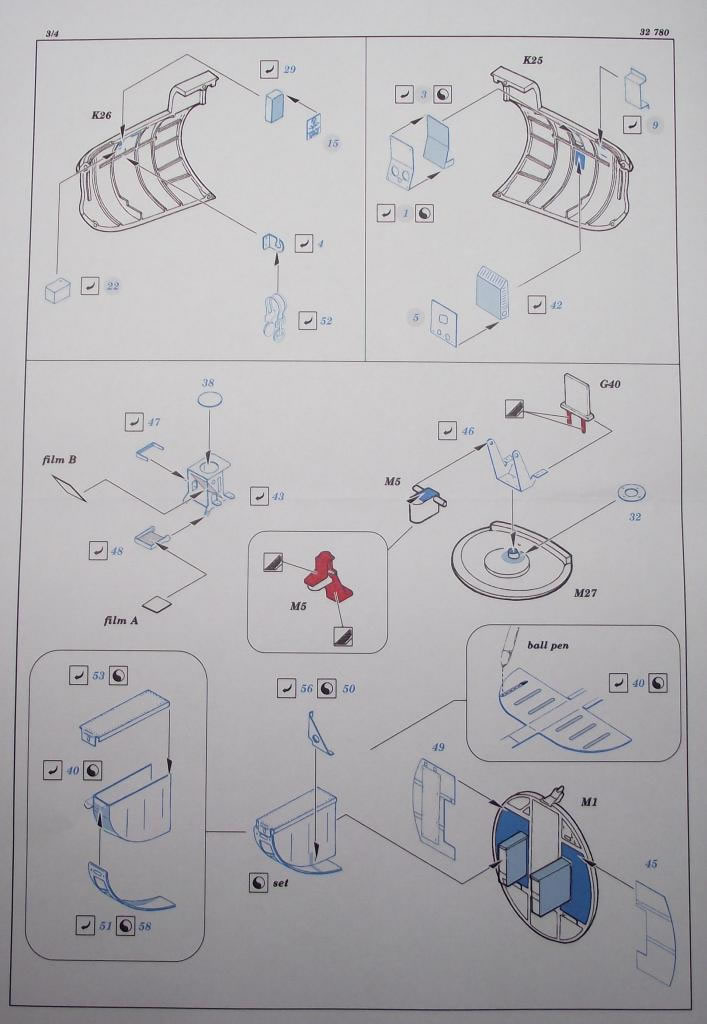 Here's a shot of the HK Models bulkhead 6 without any additional work. As we can see, the great big voids really need to be filled with something! 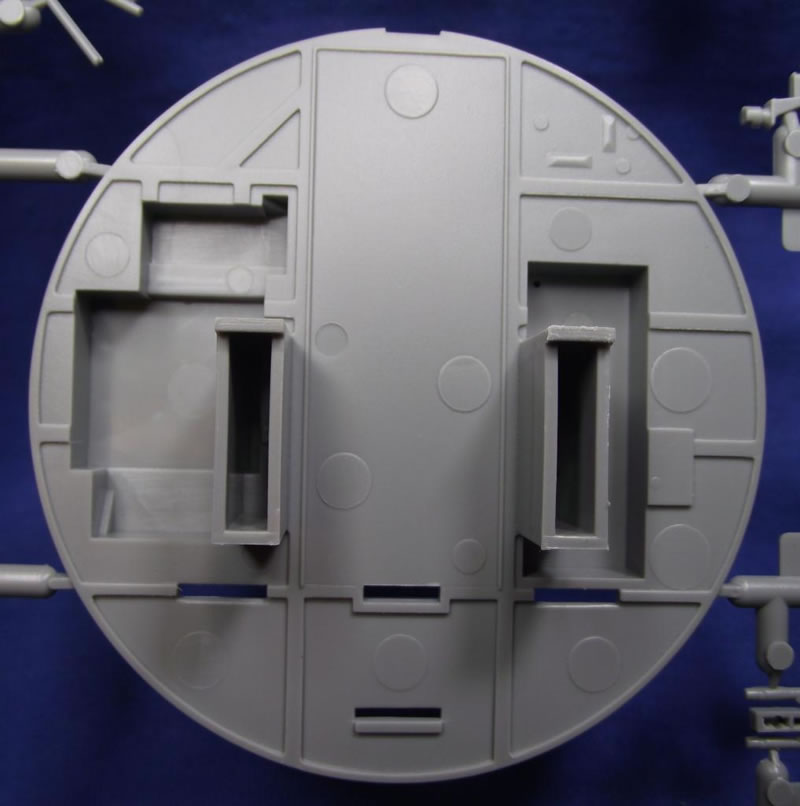 All in all this is a very nice set which when fitted will ad a lot of detail to a fairly bland area of the kit. However, you will need to decide just how much of all this lovely etch will actually be seen and how much of it is actually correct. It's pretty much a foregone conclusion that the bulkhead mounted ammo boxes are incorrect and the jury is out on the catch baskets for the spent cartridges as far as this reviewer is concerned. The detail for the Cheyenne turret will enhance the area and is a bonus, as Eduard could easily have made another set for the tail gun area. Apparently the ammo boxes are correct in their form, so could be used on another project perhaps.

Thanks to Eduard for producing this set and thanks to my Wallet once again for buying it.