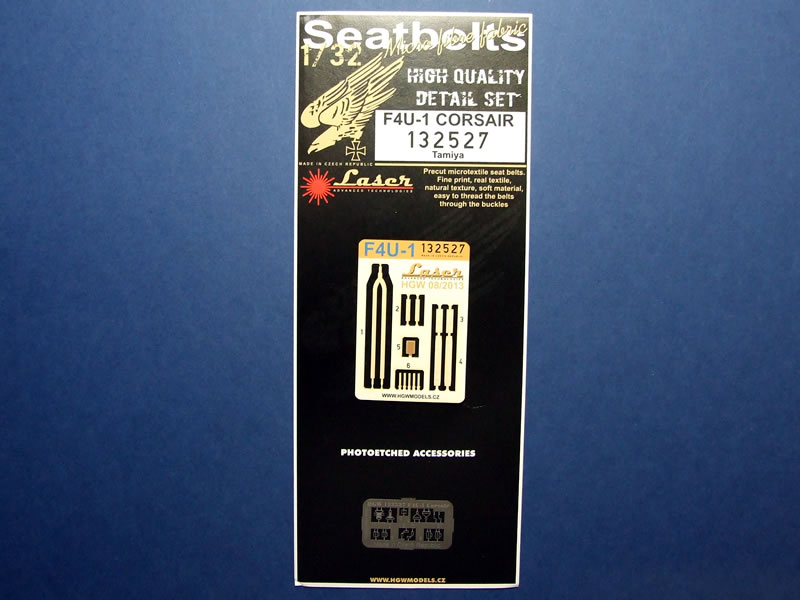 Czech firm HGW has further extended its range of laser-cut seatbelt sets with this new set for Tamiya's 1/32 F4U-1 Corsair. The set consists of a paper or 'textile' fret of laser-cut belts and straps, and a small photo-etched fret of buckles and associated hardware. As with other HGW sets, the photo-etched fret is done by Eduard.

The microtextile straps are very thin, and very cleanly cut on the fret, with crisp edges and a subtle but very convincing fabric texture. 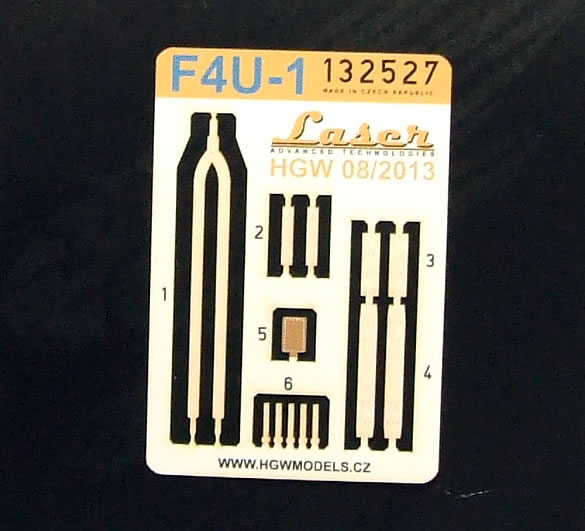 Early releases required the modeller to manually cut around some pre-printed shapes in order to obtain the required 'fabric' parts. HGW has since evolved the product to consist of pre-cut belt shapes that simply need to be cut free from their paper fret, and is distinguished from the earlier range by the 'Laser' moniker.

The photo-etched fret by Eduard is thin and very finely etched: 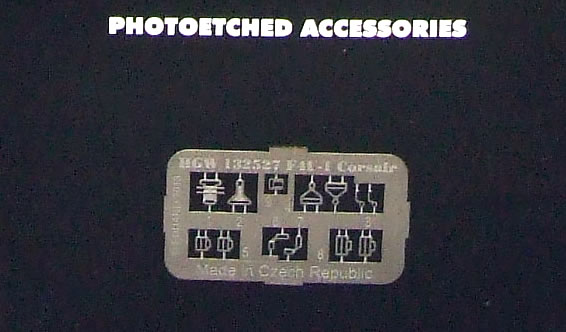 The instructions are located on a separate card that forms the rear of the package, and consist of an exploded diagram showing the placement of the various elements in relation to both each other and the kit's seat. This diagram will require careful examination in order to ensure you put the set together correctly. I have to say it does look rather complicated! 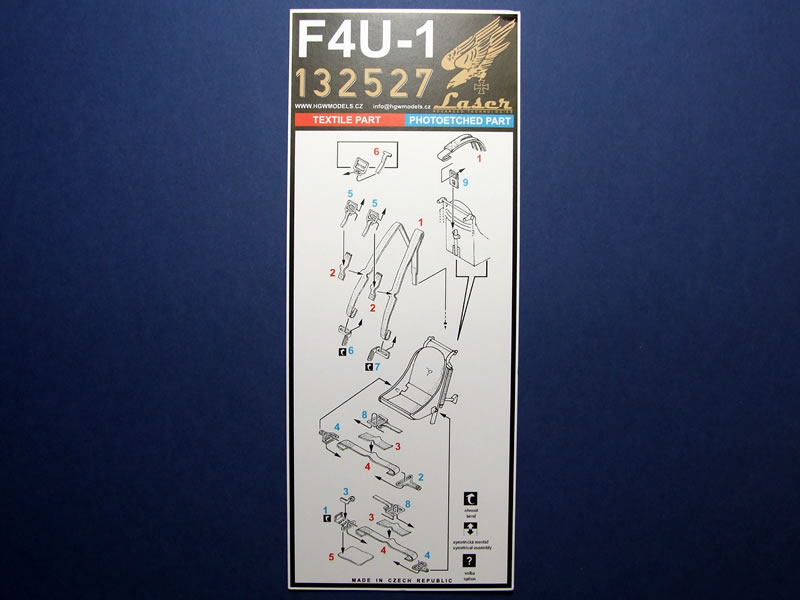 As you can see however, the identification numbers for the textile and photo-etched parts are colour-coded red and blue respectively, and while complex, the diagram seems eminently logical. My only criticism is the misspelling of the word symmetrical ("symetrical") in the legend for the drawing.

With the one caveat that I have not been able to test the ease of assembly, I think this looks like a very fine set indeed. It will undoubtedly take careful work to assemble, but I have no doubt the result will be superior to standard photo-etched solutions pre-printed or otherwise. I hope to be able to test their assembly during a build soon.