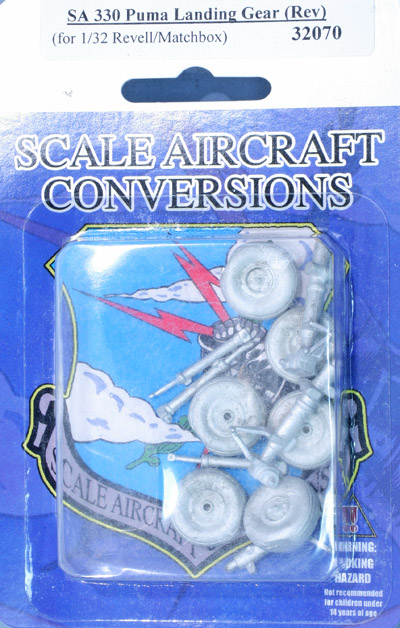 A recent release from Scale Aircraft Conversions is this new accessory set for the aging Matchbox/Revell 1/32nd Puma helicopter kit. The set includes the main landing gear and the nose gear as well as separate shock actuators. 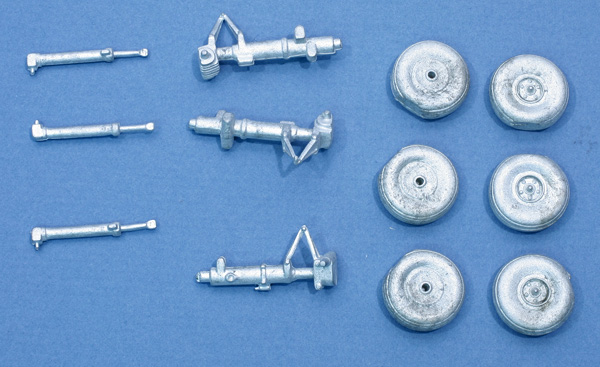 I do not have this kit, but from online pictures I believe this set is a direct replacement for the kit’s plastic landing gear, with enhancements. The wheels are one-piece instead of two, with what appears to be some added detail, including grooved treads, and a flat spot added. The scissors on the landing gear appear to much finer also, and possibly better cast gear legs (hard to tell from pictures I am afraid).

I still am not happy with the softness of the alloy used. However, even though the SAC gear will easily bend I am confident it is stronger than the kit gear and as the legs are short, it will hold up well. The extra detail is indeed a nice bonus.

Recommended highly as a quick, better detailed, and relatively low-priced replacement for the kit gear.