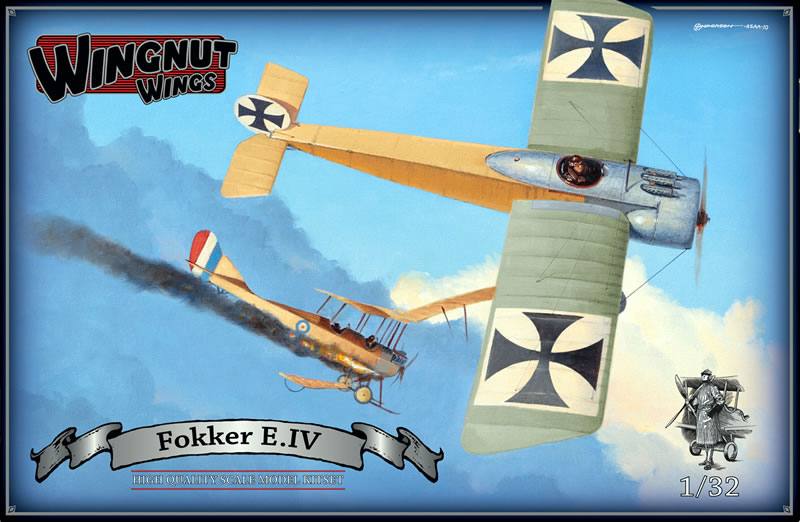 Wingnut Wings has become something of a household name among large scale aircraft modellers, even for those who have little-to-no interest in WW1 aviation. Not only have they become a saviour to the otherwise largely-neglected WW1 aircraft modeller, but the quality of their kits is such that many modellers who have never had an inclination to build a large-scale WW1 aircraft model are suddenly filling their stashes with them!

The company's latest release is the Fokker E.IV, released in conjunction with a Fokker E.1 Early kit. The Fokker E.IV was the final variant of the Eindecker series of fighter aircraft operated by Germany during World War I. Wingnut Wings' 1/32 scale rendition comprises the following: 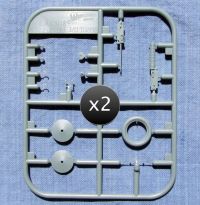 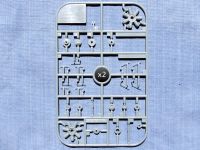 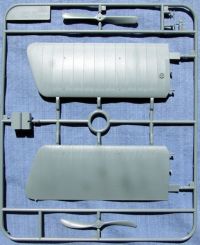 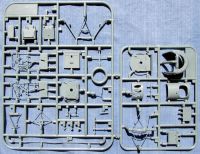 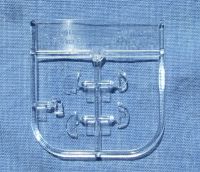 Note: there are two copies of Sprue E included in my example (the engine sprue), but the kit appears to only require one. I'm assuming at this stage that the second copy has been included in error, and that most kits will only have a single copy of Sprue E.

The moulding quality is typical Wingnut Wings, being crisp, precisely detailed and free of flash or other moulding defects. Also typical of the company's kits is the very thoughtful placement of ejector pins to minimise ejector pin marks on visible areas of the model. This means that most of them can be left alone during construction, with no tedious requirement to eliminate them.

Inside the sealed bag containing the decals is a small photo-etched fret of detail parts, sealed in its own plastic bag: 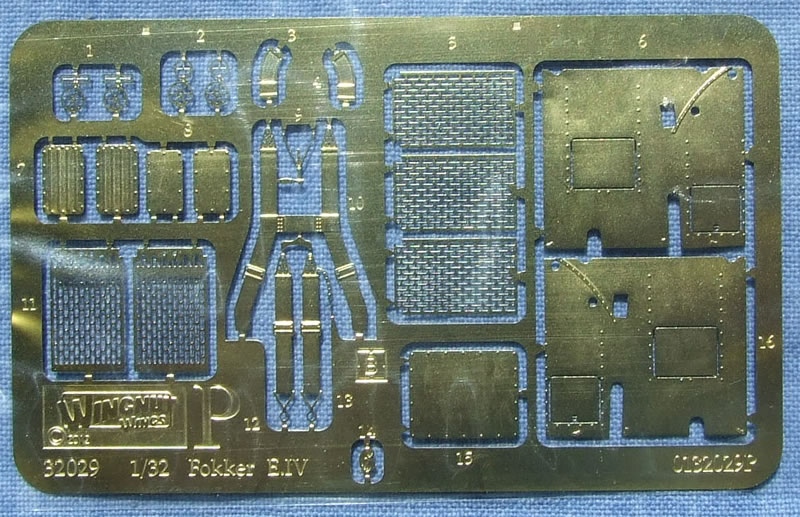 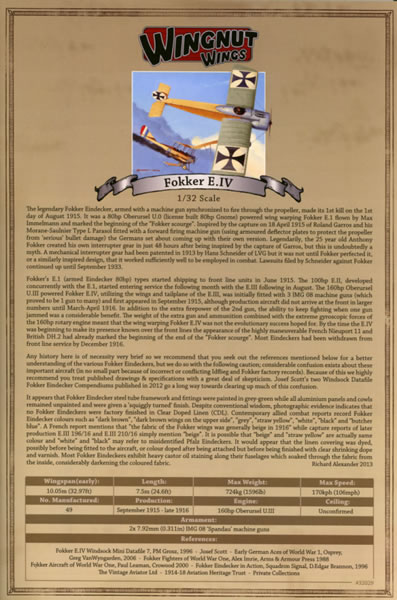 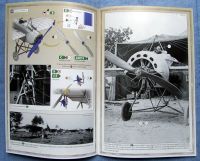 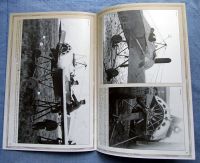 All the decals for the kit are supplied on a single large sheet: 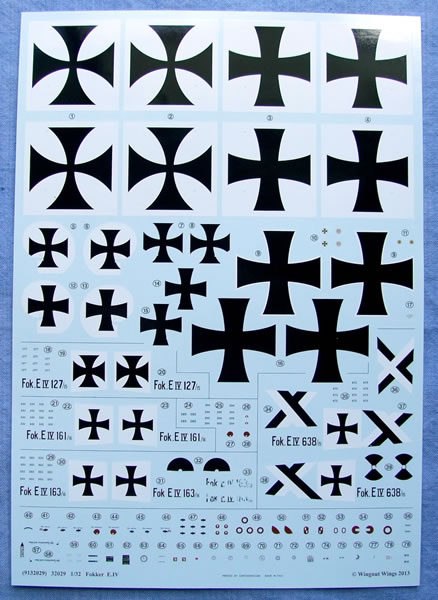 There's an extensive paint chart on the inside cover of the instruction booklet, with paint colours listed from the Tamiya & Humbrol ranges, as well as selected Federal Standard numbers. The painting and decalling guide begins on page 17, and features the following five aircraft:

The Fokker E.IV kit is less ambitious and expansive than some of the company's other recent releases, but it still represents everything we've come to expect from a Wingnut Wings kit: exceptional moulding quality, excellent detail, superb decals and industry-leading documentation. What more could you ask for? Highly recommended.