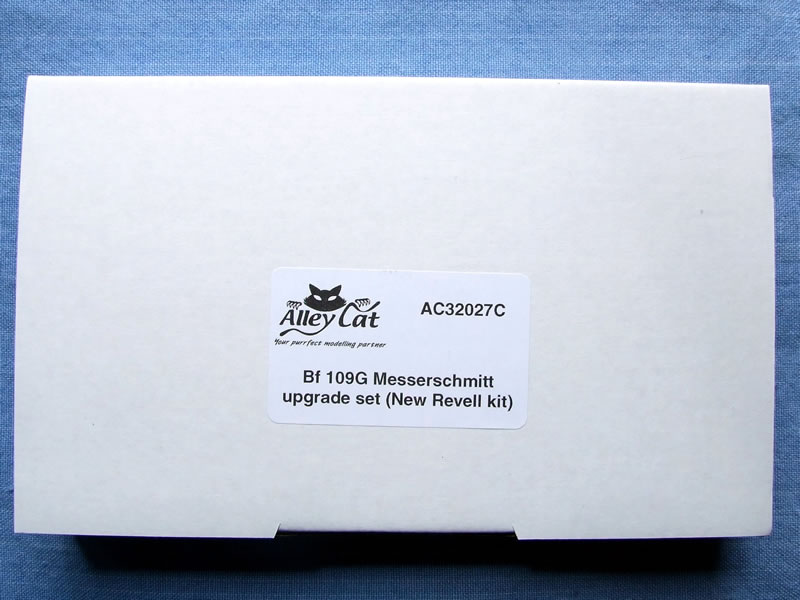 Revell's new 1/32 Bf 109G kit was released to great fanfare earlier this year, but soon came under intense scrutiny over some perceived accuracy issues, especially with regard to the shape and size of the cowling bulges (Beule). Additionally, a number of detail items were deemed to to fall short of the current state-of-the-art, such as the moulded-on cockpit seat belts, or the curious breakdown of the spinner.

A2Zee Models has sought to address many of these issues with this upgrade/correction set, released through its Alley Cat brand. The set comes in a stout box, and contains two A4 sheets of instructions and a resealable plastic bag full of resin parts. 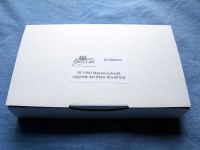 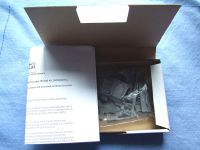 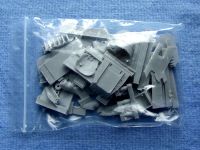 What's in the Box?

To describe the set's contents, I'd like to borrow, if I may, the first sentence from the instructions themselves:

A total of 47 parts plus a few spare exhausts and small scoops and two small scribing templates are included in the set.

Let's examine the included parts in more detail, starting with the exhausts. The units supplied by Revell are quite plain, a little bit simplified in shape, and lack open ends. The AlleyCat exhausts address all these issues nicely, and also feature a nice weld bead, just like the real thing. They are also designed to allow for being installed at the end of the build, in contrast to the kit parts, which need to be installed prior to closing the cowling up. 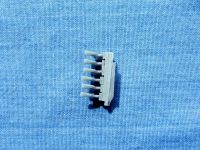 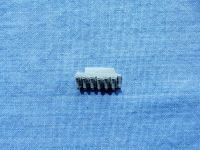 I did not, however, find any extra exhausts in my sample, which is a shame, as two of them suffer from being short-moulded: 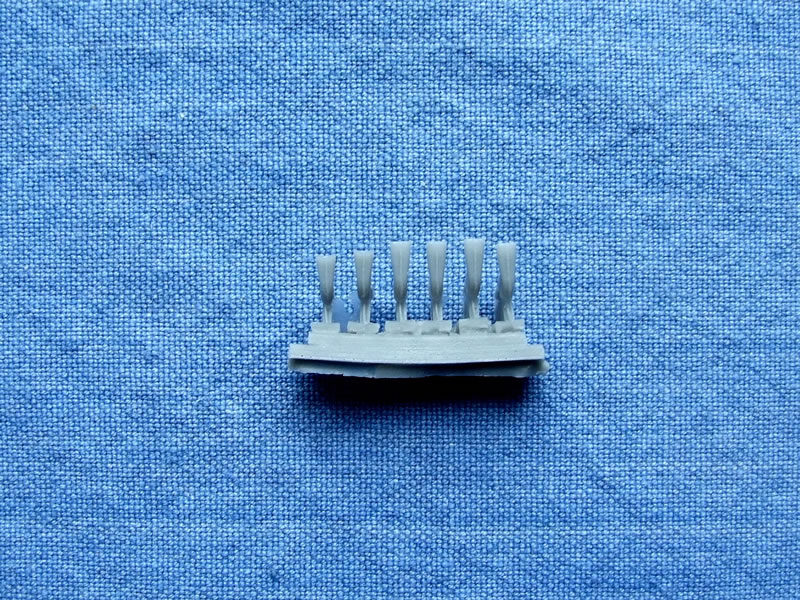 Installation of the exhaust stacks into the kit is facilitated by a new support bracket and a pair of manifold blocks with pre-drilled holes to accept the exhausts: 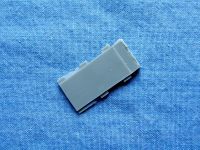 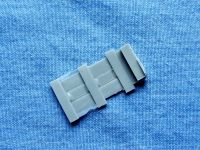 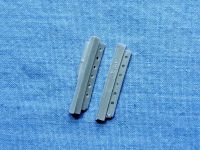 These three parts must be installed during fuselage assembly, and provide the location points for the exhaust stacks themselves once assembly is complete. This is a thoughtful inclusion that really adds value to the set, and alleviates what would otherwise be quite a hassle come painting time. 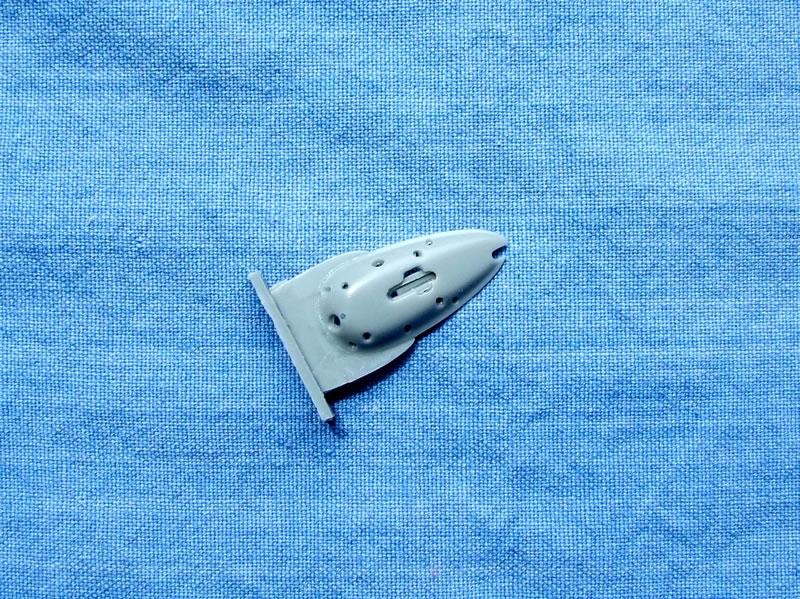 This will require careful removal from its casting block, as the delineation between the two is not as sharply defined as on some other parts.

Replacement elevators and ailerons minus the overdone raised discs found on the kit parts: 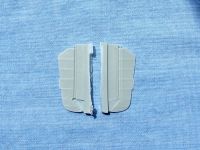 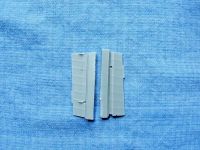 AlleyCat supplies a replacement for entire rear section of the cockpit in order to eradicate the ludicrous moulded-on examples in the kit. This includes a new bucket seat: 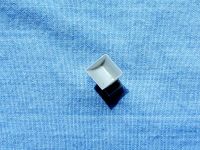 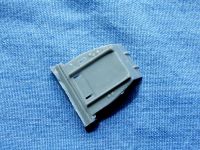 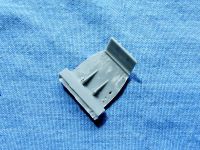 Questions have been raised about the accuracy of Revell's propellor blades, which appear a little undernourished. Alley Cat's set not only includes replacement blades, but a two-piece replacement spinner that eliminates the annoying seam created by Revell's assembly approach. 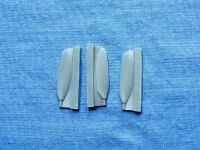 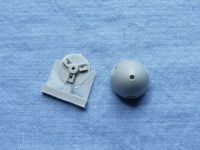 The three square blocks are used to finish the hole for the blades to slide into, which are then each secured with a resin pin through the bottom of the backing plate. This allows the spinner and blades to be easily painted separately prior to their coming together. Clever!

The spinner features a large casting ring that will require careful removal, but is otherwise hollow and certainly looks the part. The openings for the blades feature the correct tear-drop 'toe in' of the real thing: 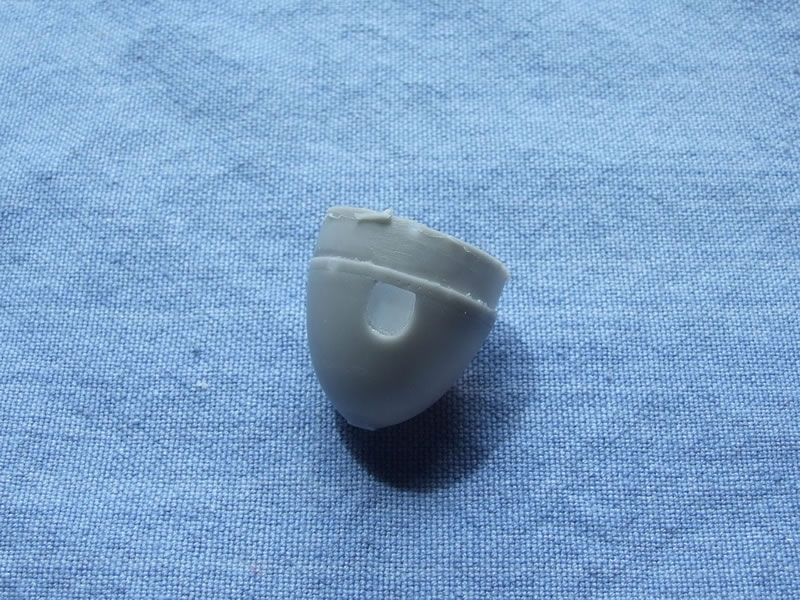 Note that, according to the instructions, the spinner backplate is inserted inside the spinner itself, rather than to the bottom, so there is no additional length added by this part.

A new chin radiator and flap are also supplied, though I don't recall any criticisms or shortcomings of the kit parts: 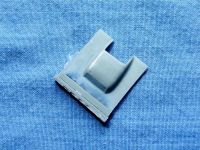 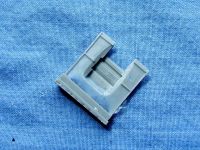 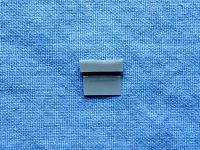 Once again the excess resin will require care when removing, as the separation between it and the actual part is a little indistinct. An inattentive approach could easily result in a compromised part.

The now infamous fuselage Beule of the Revell kit have been addressed with a set of direct replacements, including a part for the starboard side with the additional compressor bulge. 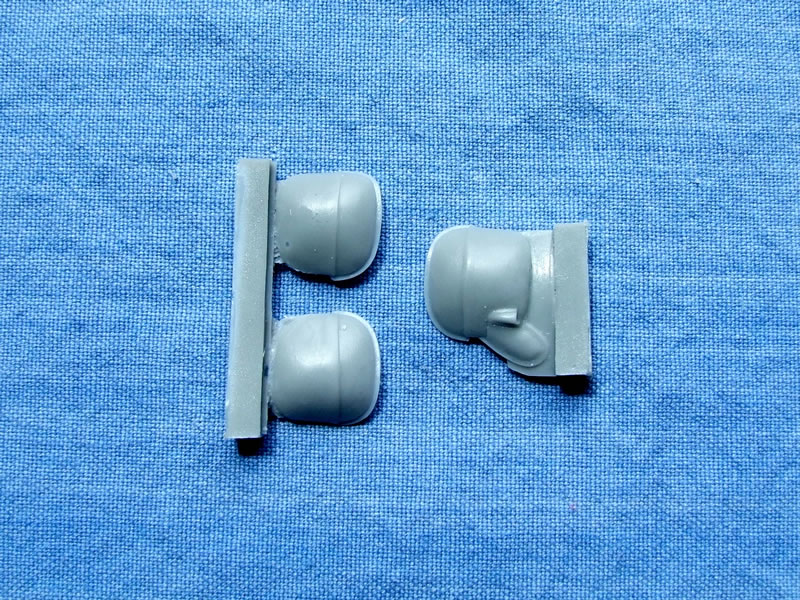 The AlleyCat parts look to be a huge improvement over the dubious offerings from Revell, both in size and shape. The quality of their fitment remains untested, but should vastly improve the overall look of the model once in place.

A pair of compressor intakes is included, though only one is mentioned in the instructions: 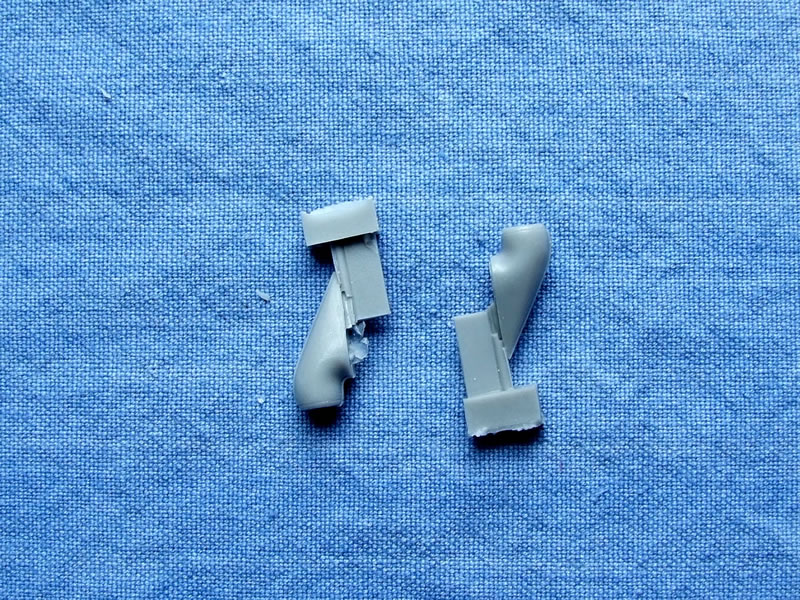 One of them appears to have a moulding flaw compared with the other, so perhaps it is meant to be discarded in favour of the better example in this case. Whatever the reason for the inclusion of two of them, they are hollow-cast all the way through: 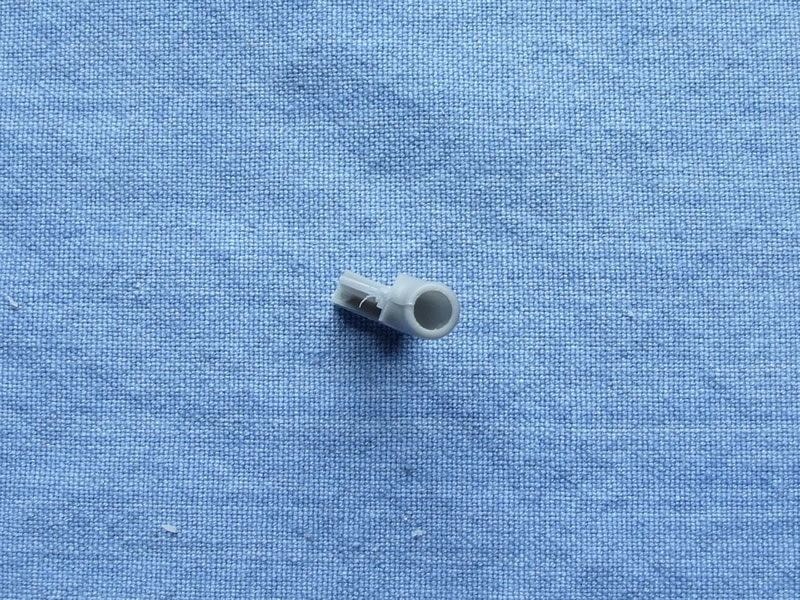 They also feature a delicate weld seam along their length. Once again I'm not aware of any criticisms or shortcomings of the kit part, but the Alley Cat replacements are certainly very nicely done.

The remaining parts in the set are shown in the photos below, and feature a replacement control stick, a photo-etched template for panel scribing, and some resin pieces that include the pins for the propellor blades. 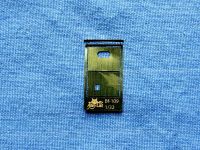 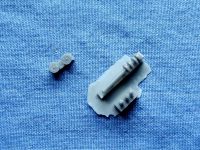 This is indeed a very useful upgrade set for any modeller looking to address some of the shortcomings of the Revell kit, and includes many nice touches to aid assembly and painting. The casting is a little rough in spots, though still more than acceptable, but some of the casting blocks will require some very careful work to remove cleanly.

It's worth noting that this set does not address the issues with the Revell kit's gun cowl and associated troughs - the spacing of which is allegedly some 2mm too narrow - as they have come to light too late for a solution to be included.

The supplied instructions are adequate, but somewhat perfunctory. I would have liked to see the component parts numbered in the photo supplied, and then referred to by their number in the descriptive assembly sequence. This would have made some aspects less ambiguous. Still, this kind of set demands more of the modeller than a straight-out-of-the-box build, and needs to be treated with respect. Proper attention to the supplied instructions along with the usual measure of care and dry-fitting should stand the builder in good stead.

With that in mind I can highly recommend this set, and at £15 represents good value for money.

For more information about the issues with the Revell kit that this set seeks to address, please see the comprehensive review on Large Scale Modeller, as well as Thierry Laurent's Tweak List in the LSP forums.

Thanks to A2Zee Models for the review sample.