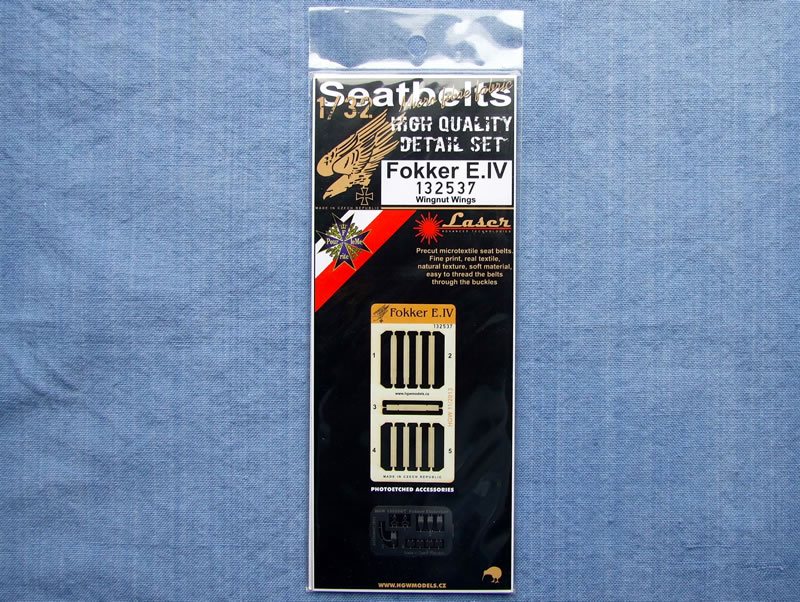 Czech firm HGW has extended its growing range of microtextile seat belt sets with a new set for the Wingnut Wings Fokker E.IV kit. In common with all its recent sets, this one consists of a fret of soft, paper-like material ("microtextile"), into which is laser cut the seat belt straps themselves. Note that these are pre-coloured and feature printed stitching. 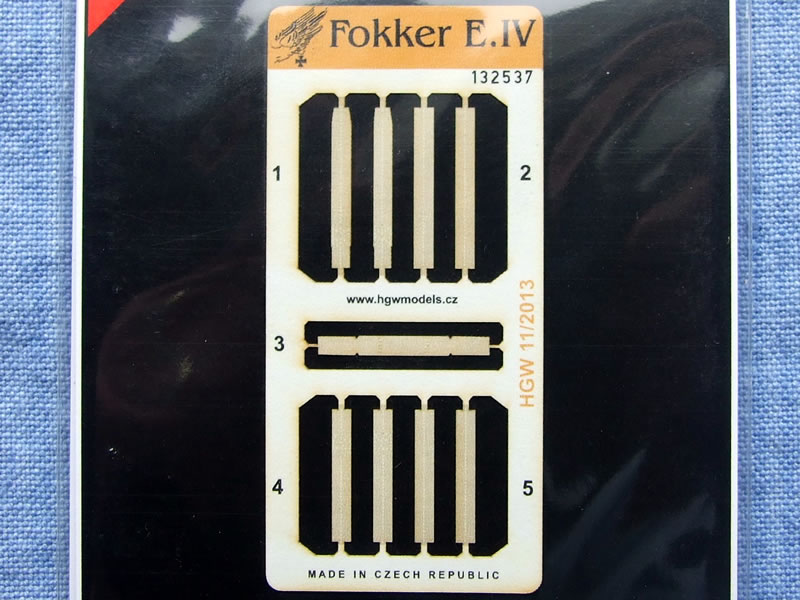 Also included in the set is a small fret of photo-etched buckles and restraining hardware. This has been produced by Eduard specifically for this set. Note the addition of the Kiwi silhouette on the lower right of the packaging card - this seems to only appear on sets designed for Wingnut Wings kits! 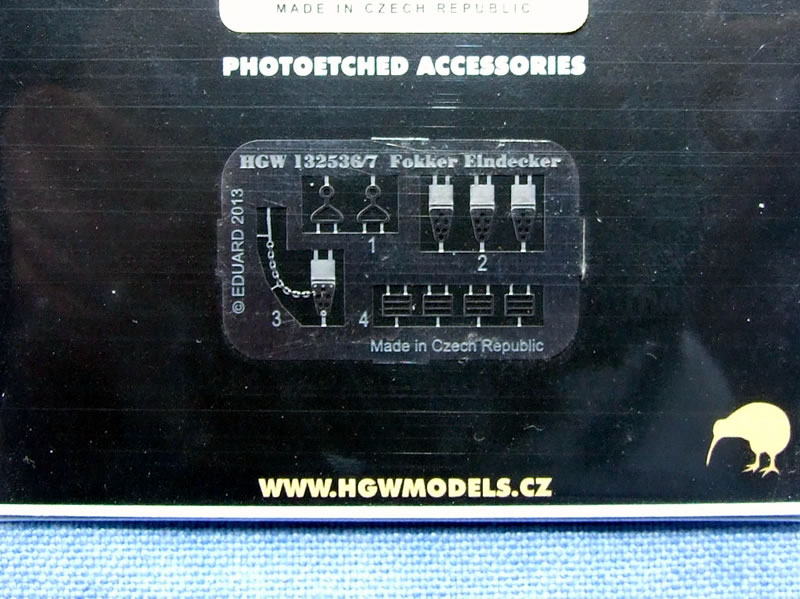 Assembly instructions are printed on the rear packaging card, and consist of some isometric line drawings with colour-coded numbering to differentiate the textile components from the photo-etched parts. Assembly appears complicated, but that's the nature of the beast with this type of product. I've yet to assemble any of HGW's seat belt sets, but would imagine their assembly to be of the same degree-of-difficulty as similar products from RB Productions. 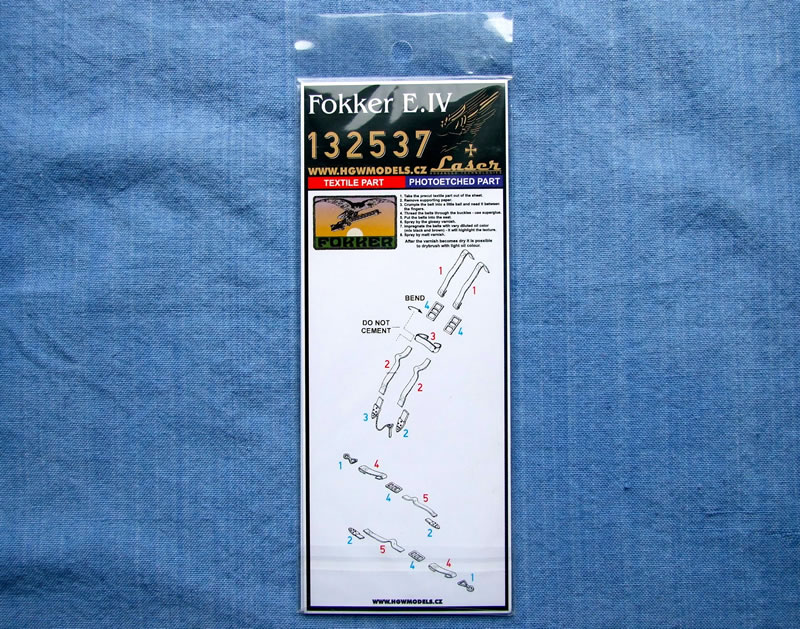 Overall this is a very nice addition to the HGW range, and a welcome alternative to the all-PE seat belts provided by Wingnut Wings. Recommended!