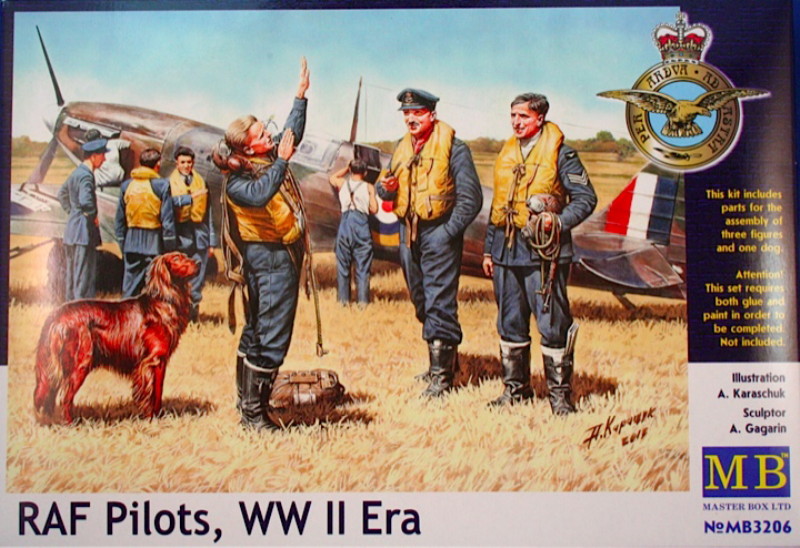 There appears to be a lot more interest in finding crew figures for our beloved LSPs these days and one company doing it's bit to support us is Masterbox. Previously they've released two nice sets: "Famous Pilots of WWII" and "Pilots of the Luftwaffe - WWII era". 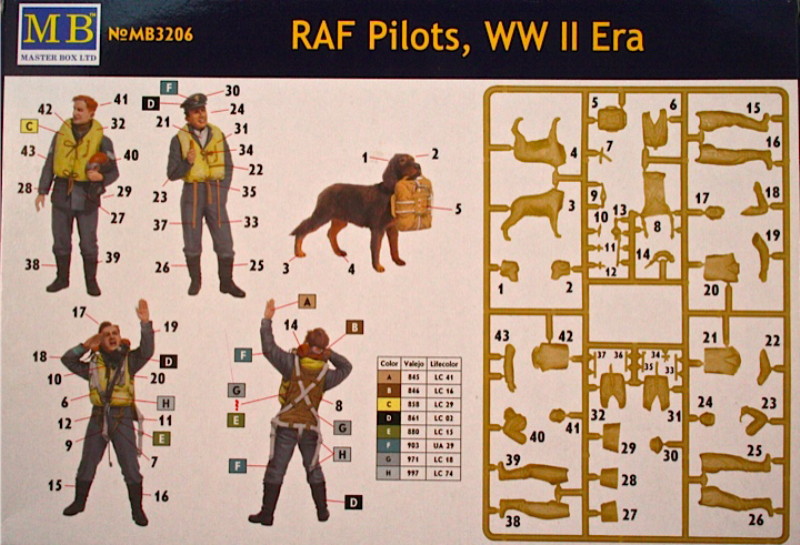 Parts are cleanly moulded in grey styrene and provide parts for three figures, in a variety of poses, and a dog. Poses are nice and natural in my view and the detail is very nice. The details in terms of kit are a little mixed time-frame wise - and the figure with 'dogfighting' hands and separate parachute is more appropriate for a gunner, rather than pilot, as he has the chest mounted chute - 1/32 Defiant anyone?

With regard to the latter, there was an interesting thread over on Britmodeller which discussed the type of flying kit portrayed - which might be useful if you're looking for complete accuracy in terms of application. 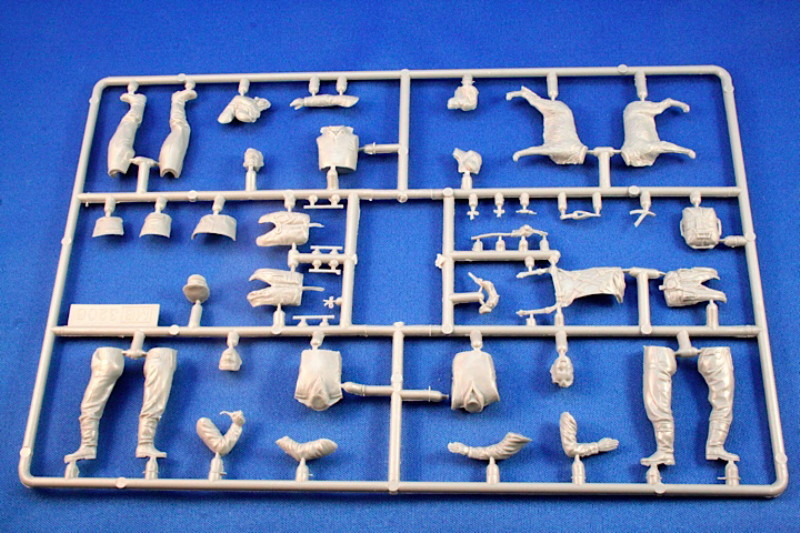 Well - I'm very much a figure 'virgin' but had to assemble one of these figures recently for a customer project and, even with my very limited skills, I think it came out OK. The figure I assembled was the pilot in SD Cap smoking a pipe. Assembly was straightforward but a little Milliput was needed to fill small gaps were the arms fitted to the shoulders and wear the body fitted to the legs - all easy stuff.

Figure was painted with acrylics and looks good next to 'his' Spitfire! 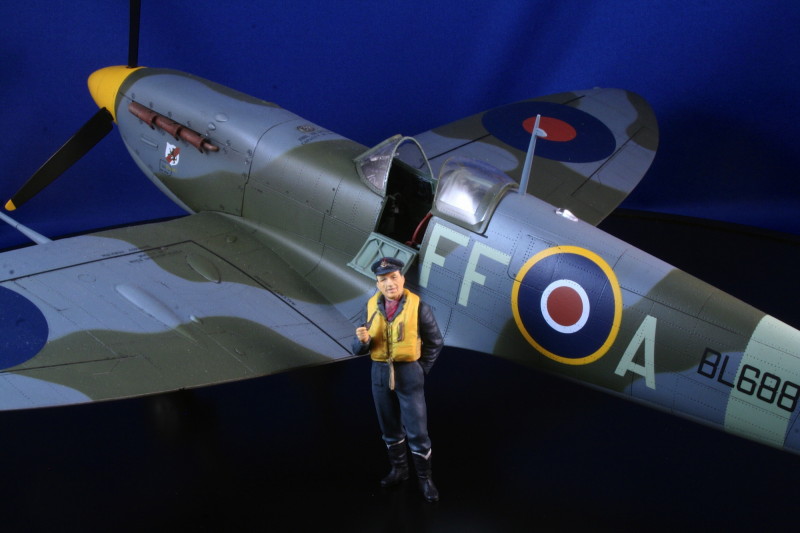 Although injection moulded figures are never going to match some of the best resin cast figures out there, they are a lot cheaper - and a great way to extend your skills if, like me, you're new to figure painting. A nicely painted figure adds a sense of scale, along with just a little 'humanity', to any aircraft build. Recommended!

Review set courtesy of my wallet.