Decals are provided here for three F-86 Sabres, one F-86F (Joseph McConnell) and two F-86E. All wear the yellow/black theater bands on fuselage , wings and tail, save for the F version, which has a black checkered tail (McConnell). Planes represented are 51st Fighter Interceptor Wing (McConnell), and two from the 4h Fighter Interceptor Group. Decals appear to all be sharp, clear, with good registration and opacity. Being printed by Cartograf, the modeler is assured of great quality. 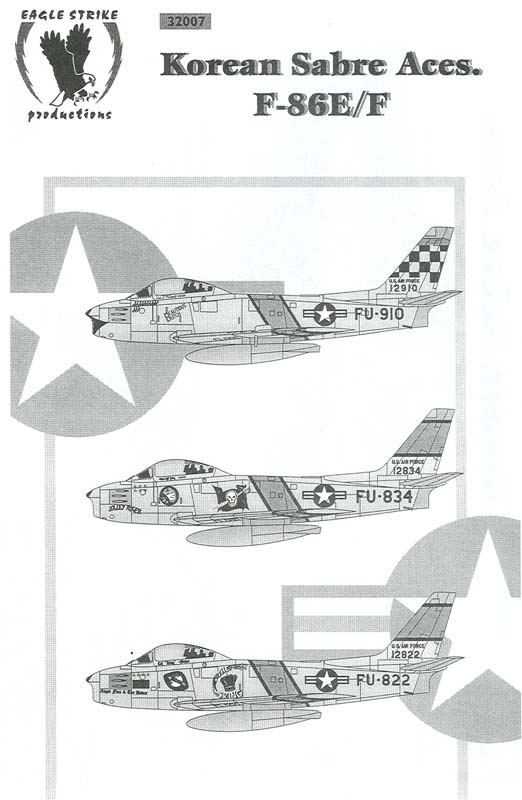 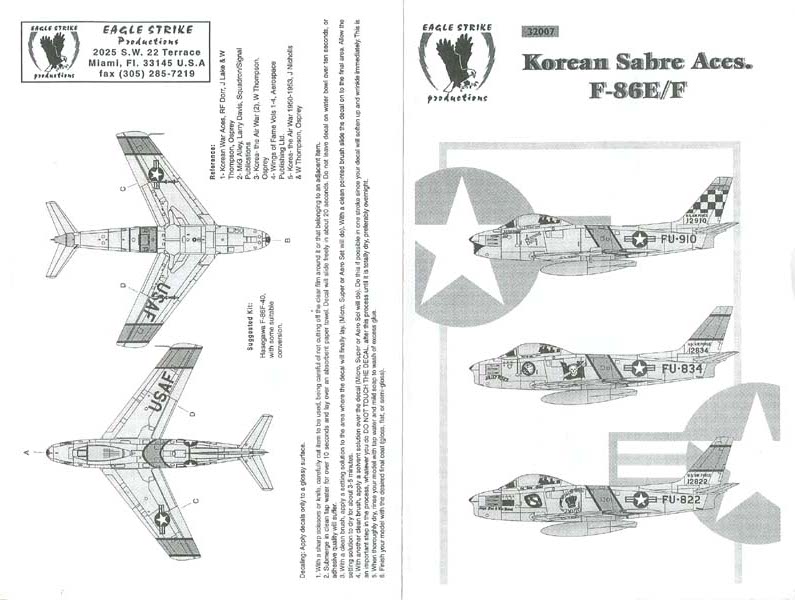 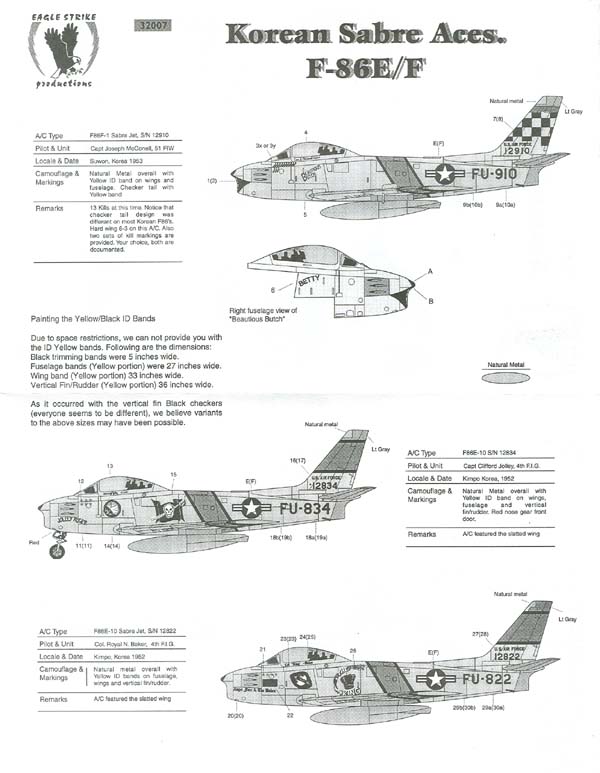 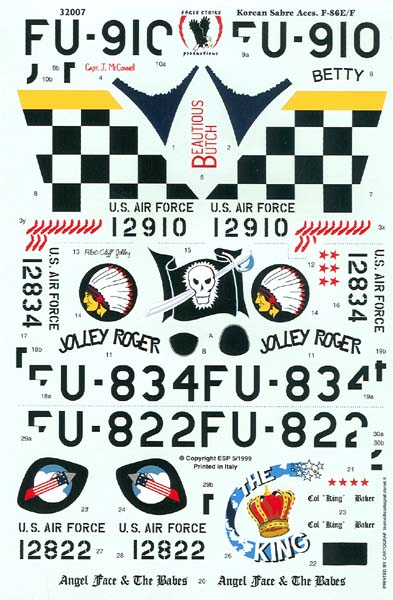 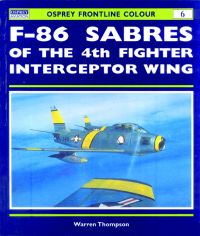