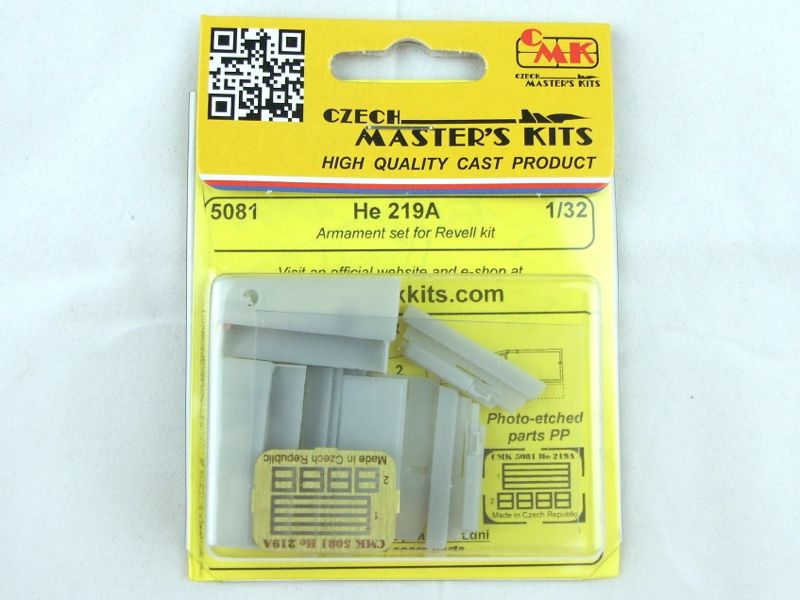 CMK released this detail set for the Revell 1/32 He 219A kit in the second half of 2013. It includes parts to recreate the weapons bays in the wings, inboard of the engines. The set consists of two bays with internal details moulded in place, two bay covers, and what look like two cannon breach assemblies. There's also a small photo-etched fret included. 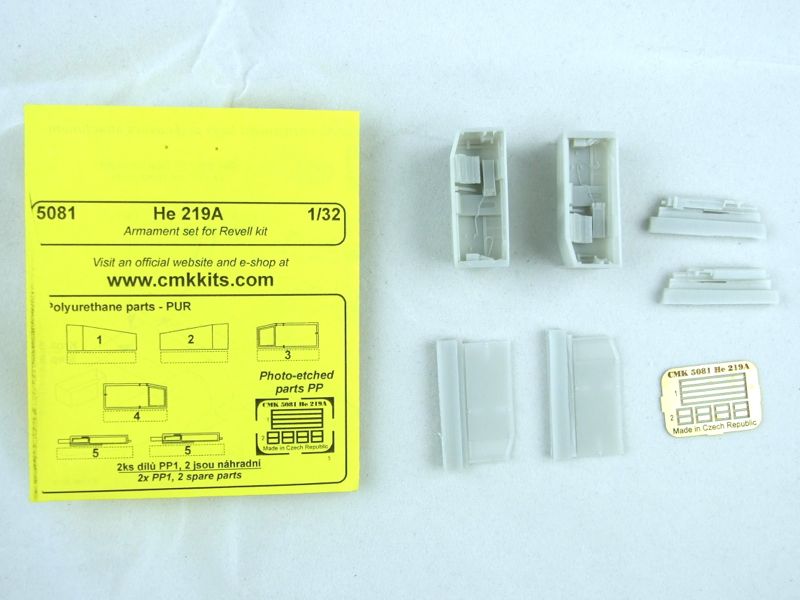 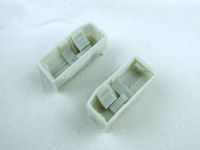 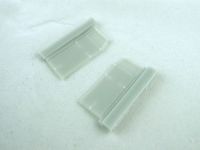 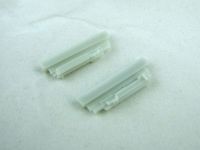 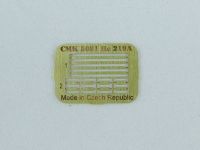 In order to install these weapons bays, you need to remove the corresponding panels from the kit's upper wings, so a little bit of careful surgery is required. Once that's done though, it looks to be a fairly routine operation for anyone with a modicum of modelling experience.

This is a relatively simple set to provide a relatively simple enhancement to the Revell's He 219 kit. The resin parts are crisply cast with no obvious defects, and provided they fit the kit adequately, should present no real problems with installation. So if you want exposed weapons bays on the upper wings of your Uhu, this is the set for you!

Thanks to CMK for the review sample.