This is my review of the new Avionics A-6A Intruder cockpit set for the Trumpeter kit. First I will say that I am thrilled to have the kit in 1/32 (the A-6 has always been a favorite) and happy to see aftermarket companies like Avionix start releasing stuff to "gild the lily" on an already quite nice kit.

What you get in the Avionix set (as listed in their instruction leaflet):

1. Tub: the resin tub appears based on the kit part but the control panels have been replaced with new detail. This is nicely done and much more three-dimensional vs. the kit parts which have fairly low-relief raised detail for the buttons/switches/etc. There is some additional conduit/wiring detail added on the rear wall to the control boxes mounted there. Comparing to pictures and a map of the control panels of the A-6A pit there is not a 1 to 1 correlation between some of the panels, switch locations, etc but I think the impression looks good and appropriately busy in the right spots. You will need to use the kit rudder pedals and platforms. There are some small molding defects/damage along the B/N side console in my example.

2. through 5. The rear deck has received significant new details in the sunken middle area - new conduit and piping, new I beams for the canopy rails, junction box with wiring etc. The forward edge of the rear deck is near identical to the kit plastic and you must use the kit parts that come off the back of the seats and attach to the rear deck. From comparing to the instruction leaflet picture it looks like my example has lost some of the wiring detail or it did not get fully cast.

6. through 9. These parts are all nicely cast. The Trumpeter kit does not come with a throttle so having a detailed part supplied with this set is a plus.

10-11. These parts fix to the interior of the sliding rear canopy - the bulkhead has new conduit/piping and is an improvement vs. the kit parts.

12-13. This is the console that sits between the B/N's legs - it has good button/switch detail and it carries the "handles" on the sides of it as the real thing. Unfortunately the casting of those handles on my example is weak and they are little more than resin flash.

14-15. Ejection seat. These have already been discussed some on the LSP forums. The A-6A should carry the Martin Baker GRU-5 seat - what is included in this set appears similar to the GRU-7 from later Intruders in some respects but not others; the headrest in particular is wider and differs in detail, as do the lower frame sides. In my photos below I have compared it to the GRU-7 from Avionix intended for the F-14. I am unsure of what seat this might be modeled after but in my opinion it does not capture the look of the GRU-5. That being said, the detail and casting is very nice - there is a lot of detail present and it is very crisp.

16. Coaming; this has had a cover added with some creases plus new control "boxes" and wiring.

17. Instrument Panel; this appears to be the kit panel with added raised detail for many of the switches and buttons. This improves the appearance of the panel given that the kit part detail is rather flat in comparison. Some additional buttons and a lever/handle has been added to the pilot side of the panel. Though the panel does look better I would have liked to have seen Avionix do a new replacement panel that better matches the real thing vs. just adding some detail to the Trumpeter part. Unfortunately the lower part of my example is cast poorly - too thin and damaged - it will need replacement with new dials and structure. 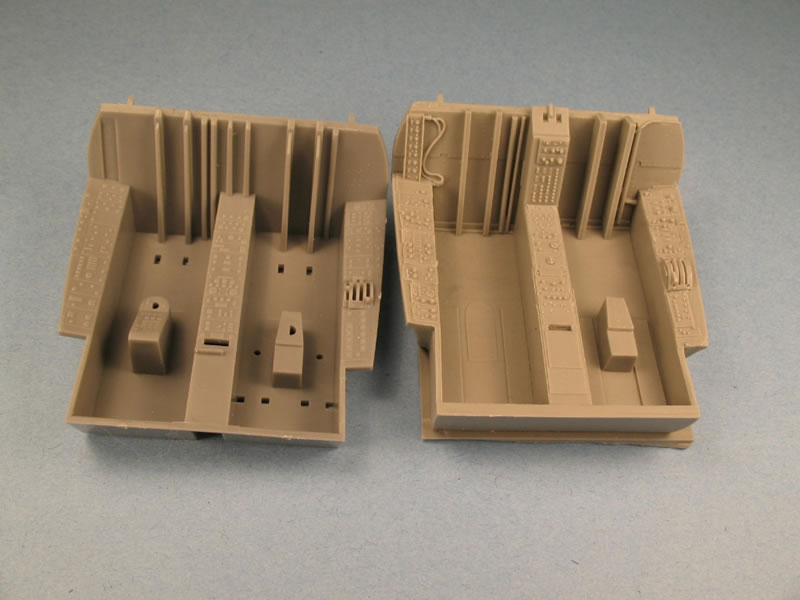 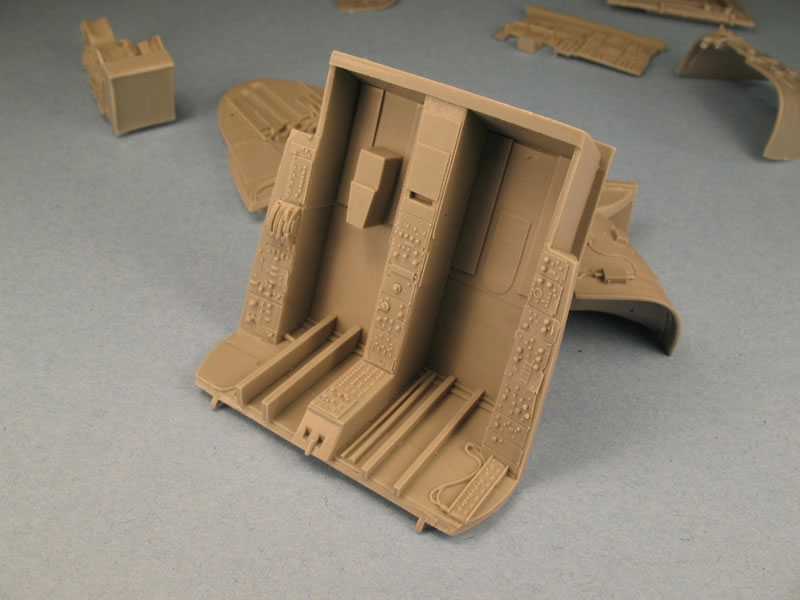 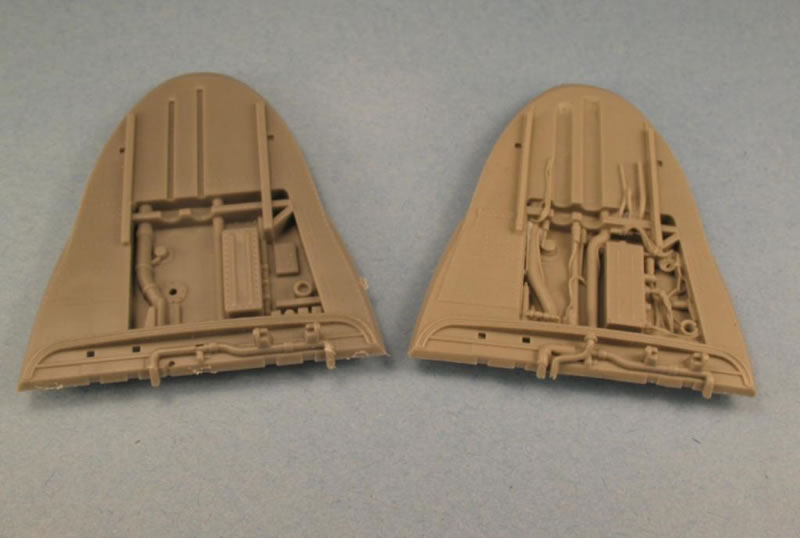 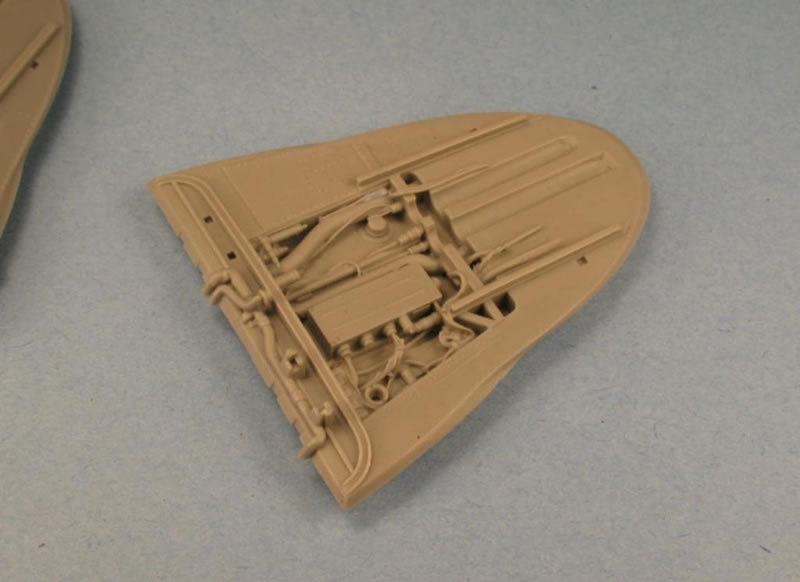 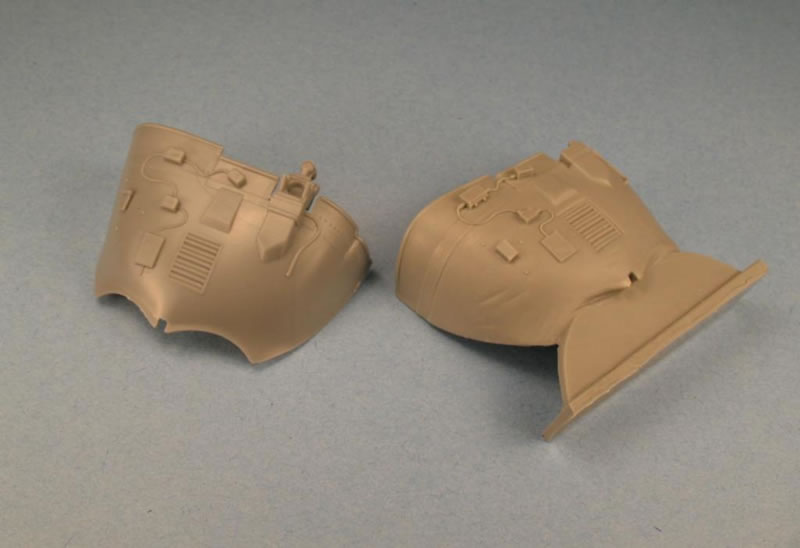 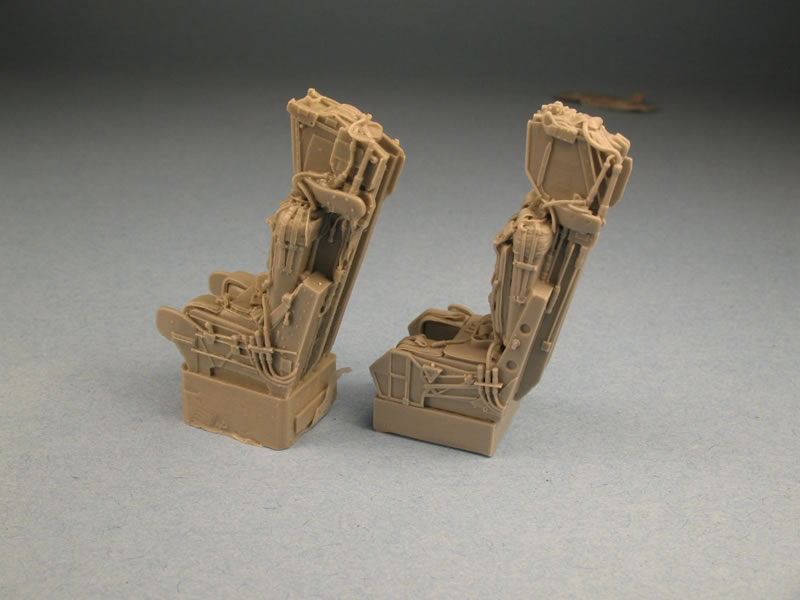 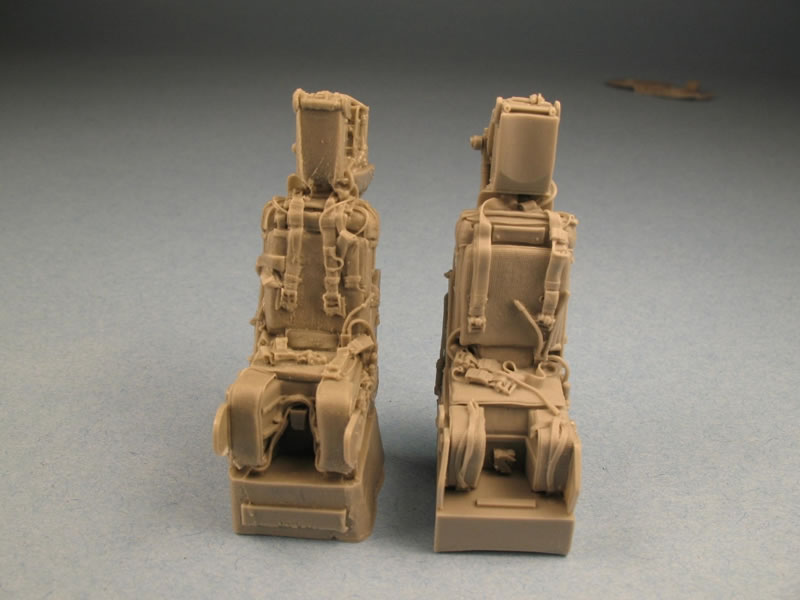 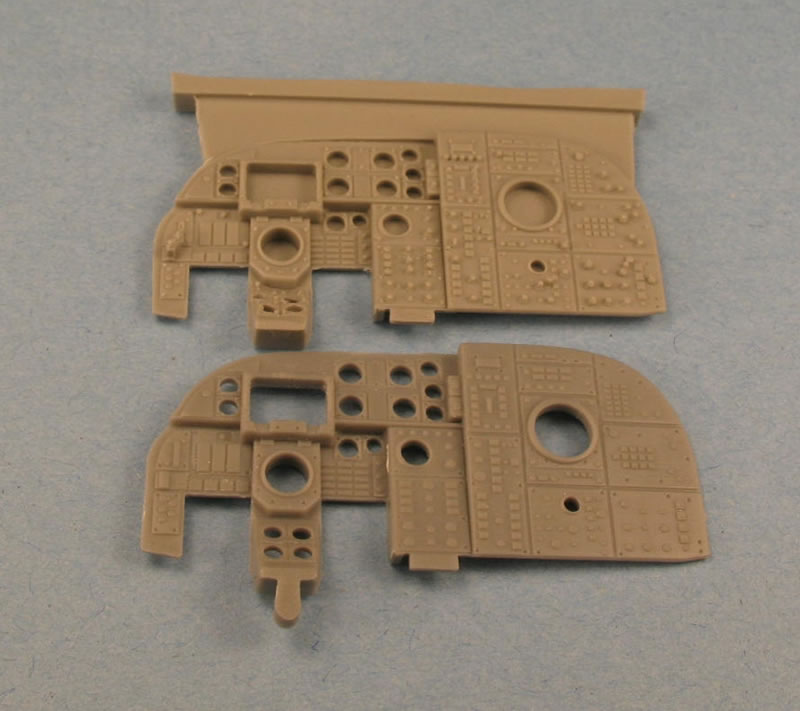 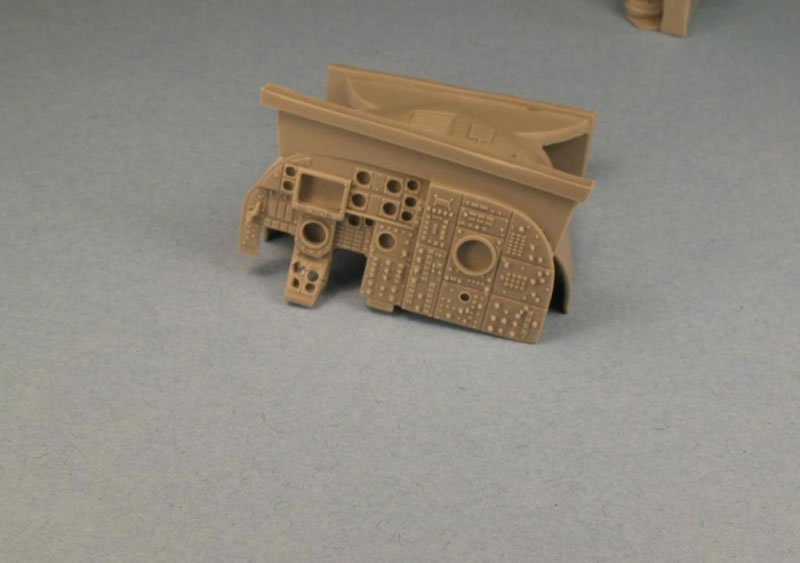 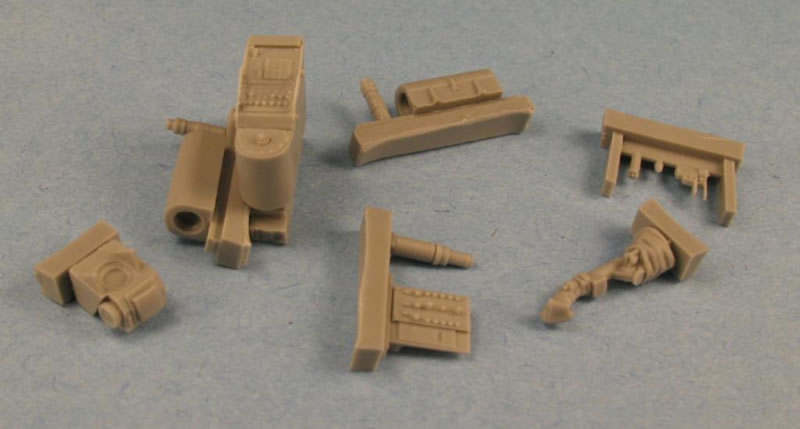 Overall I am torn on if I would recommend this set. Many parts show notable improvement over the kit and will paint up better and look very nice; the tub itself, rear deck and most of the supporting parts I would rather use versus the kit plastic. The odd seats and casting defects detract from an aftermarket set in this price range though.