Three aircraft are covered by this sheet, including one each from JG 5, JG 54 & JG 300. Decals are thin, quite opaque, and perfectly in register, (printed in Mexico). 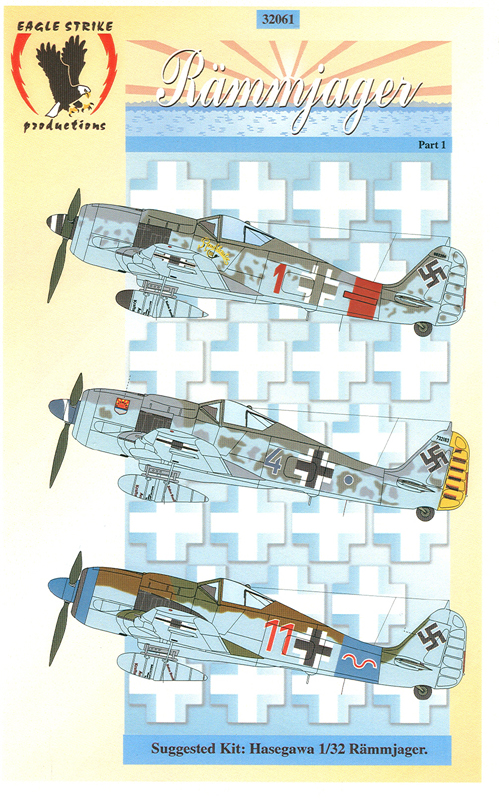 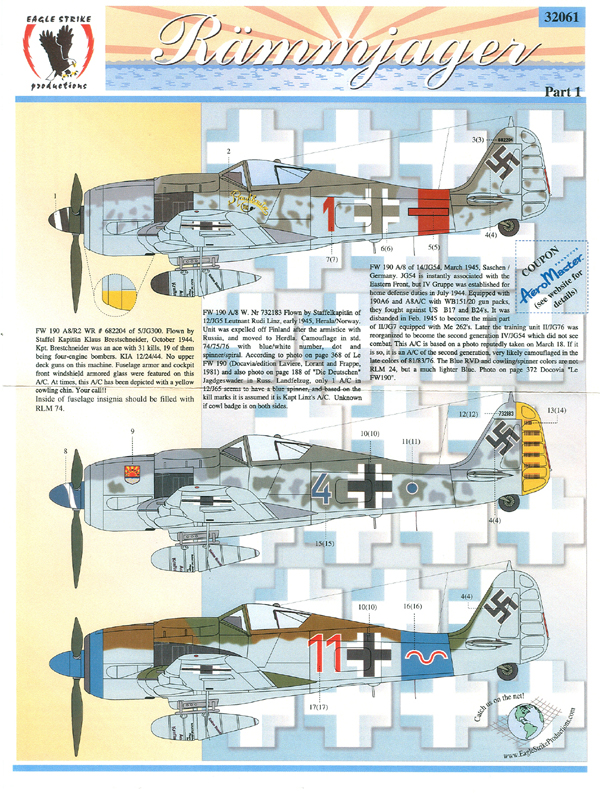 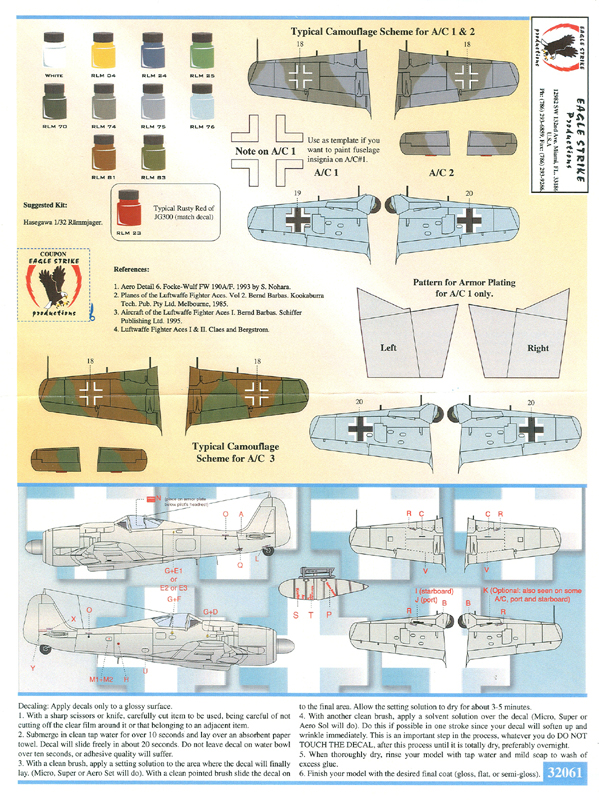 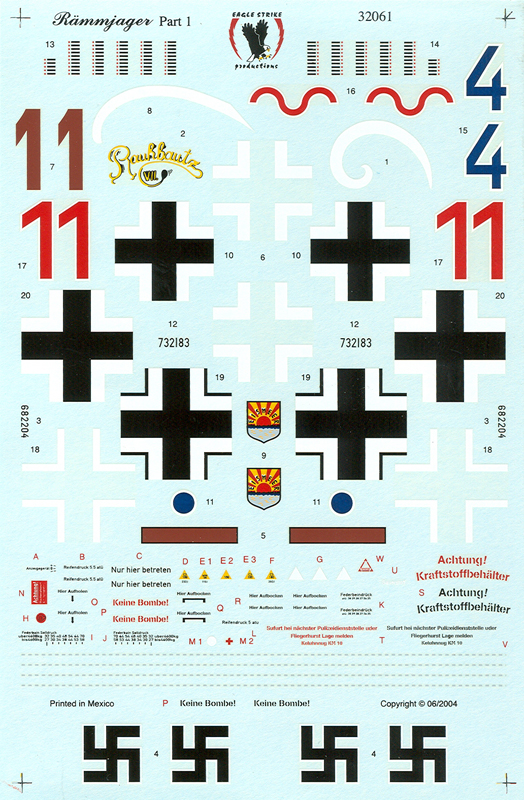 All in all, a nice selection from which can be made a mighty handsome Fw 190A-8 machine, my personal favorite being the JG 54 aircraft. 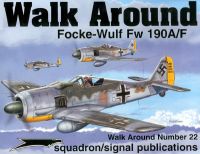