Who says Christmas comes just once a year eh?

It was a rather amazing co-incidence then that, only a day after researching what changes I'd need to make to the HK Models kit to model a drone, along comes A2Zee with an announcement that they were to release a resin conversion and decals. To say I was keen to get hold of one would be a slight understatement! 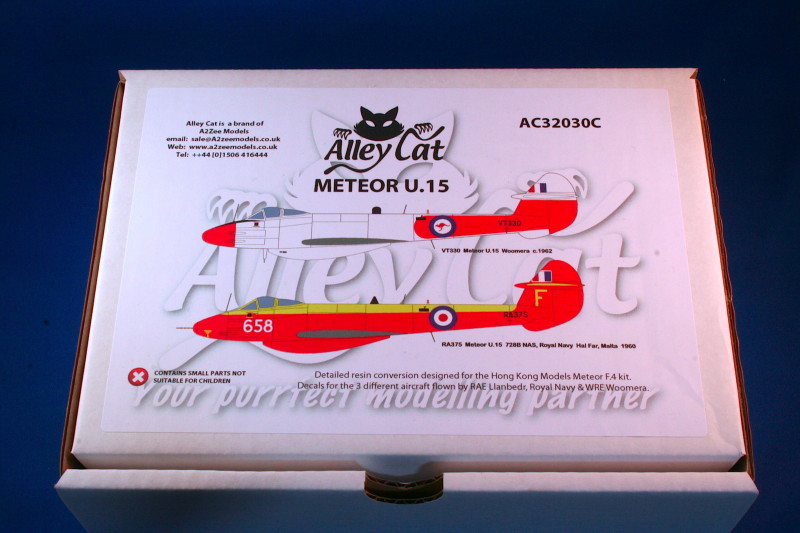 The conversion comes superbly packaged in a sturdy corrugated cardboard box that should stand up to the post nicely. Content is typically Alley Cat with colour instructions outling the modifications, along with colour schemes, decals and a set of cleanly cast conversion parts. 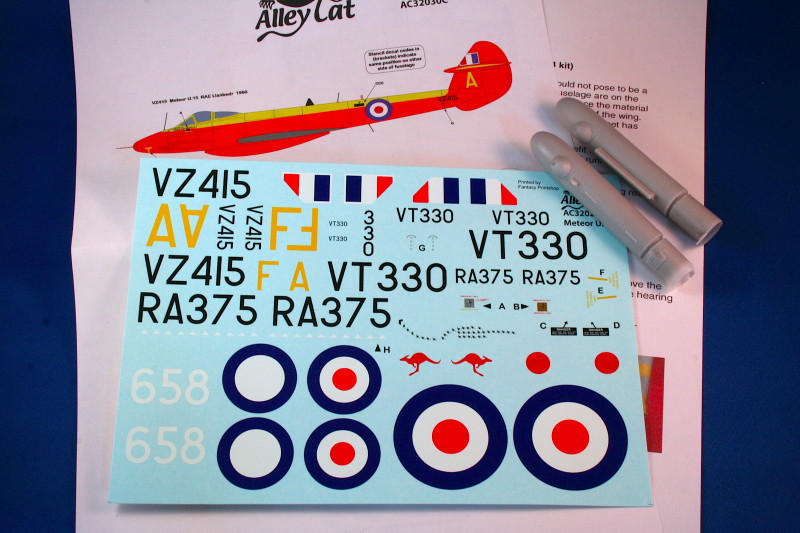 The decal sheet is superb - 3 options, great colour, spot on register and thin carrier film - should be a breeze to use.

The options provided are: 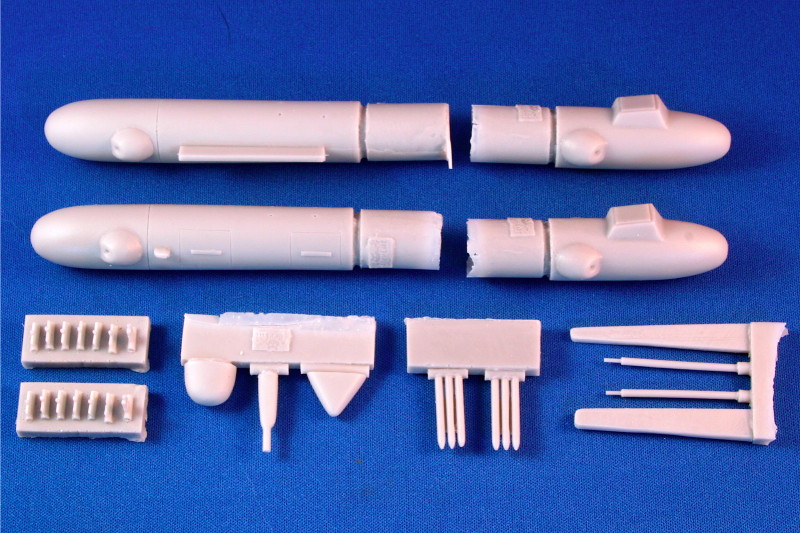 Resin parts are provided for the wingtip pods, associated vortex generators, arials of differing types and flare packs that are positioned near the jet efflux on each side. Cleanly cast in grey resin, the parts are bubble and distortion free and should be a very straightforward fit - watch this space!

For images of Llanbedr Meteors, as well as inspiration by the bucket load, take a look at this superb collection over on Flickr.

This set is available directly fom A2Zee at £19.00 - which, IMHO, represents great value for money - a very different model from the norm at a very reasonable price for the quality. Recommended!