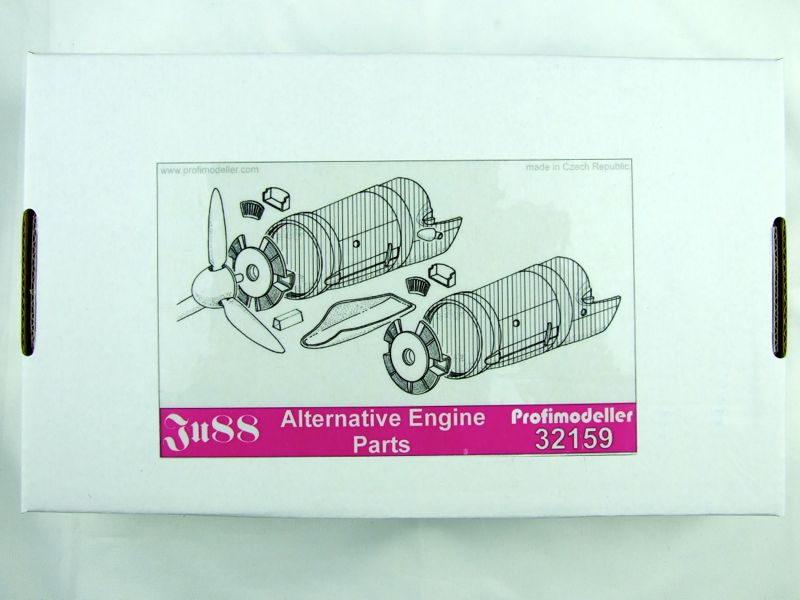 Czech firm Profimodeller has released set of alternative engine parts for the Revell 1/32 Ju 88 kit. The set consists of a resealable bag of resin parts, a small photo-etched fret, and a small sheet of instructions. 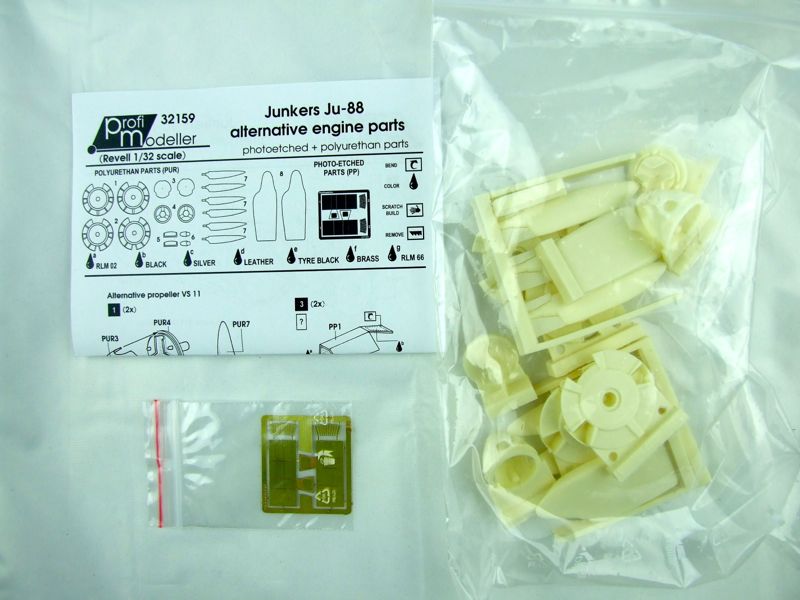 The resin parts form the bulk of the components, including 2 sets of alternative annular radiator faces and a pair of VS-11 propellor blades and spinners. One of the distinguishing features of the set is the two resin pieces representing the bulges under the cowl on Ju 88A-4 variants. And one of the issues with this set is that it doesn't tell you which variants (of which more later). 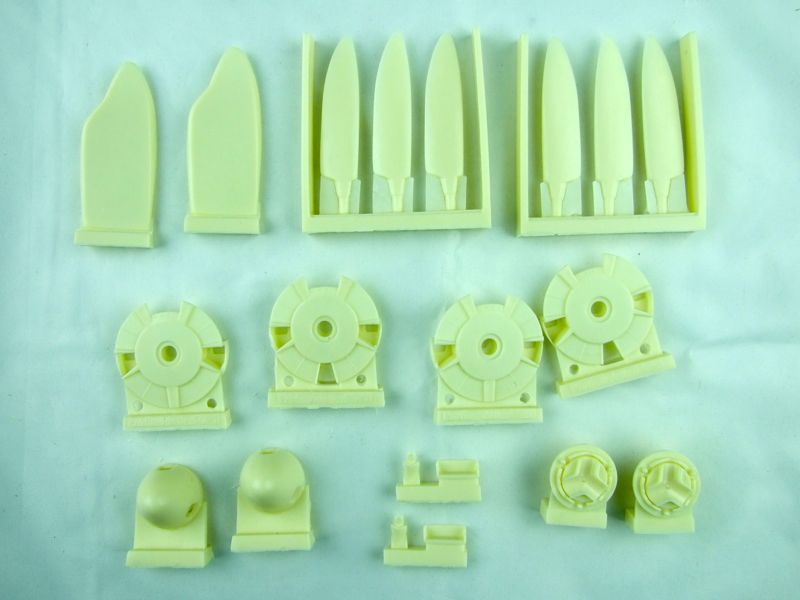 The resin parts are crisply cast and nicely detailed, with only a little bit of flash here and there to clean up. This should pose no difficulty at all.

The photo-etched fret is a small affair containing only 4 detail parts for the radiator faces (see the images of the instructions below for more details). 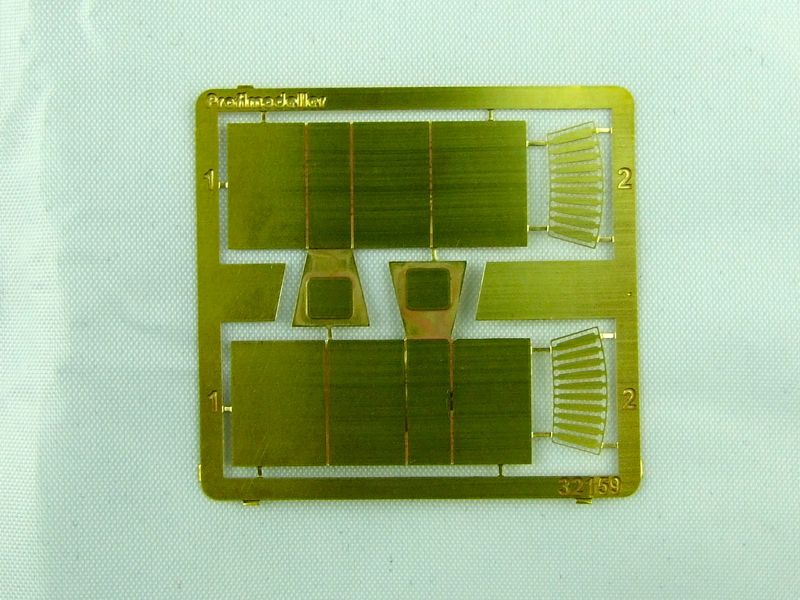 The instructions comprise a single sheet of A5 paper, printed on both sides. 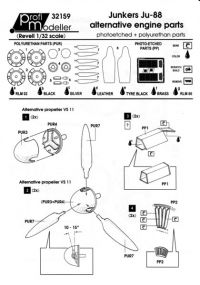 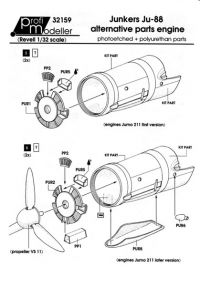 While straightforward enough, it's really here that the shortcomings alluded to earlier are evident. Both the box and the instructions refer to the donor kit as simply "Revell 1/32", so you're left to guess if that means the A-1 kit, the A-4 kit, either or both. The under-cowl bulges are a feature of the A-4 variant, so I would assume that they come with Revell's A-4 kit; unfortunately I don't have that kit in my stash to check. In any case, the bulges featured in this set appear to differ from those shown in the drawings and photos I have at my disposal (principally Warpaint #7), appearing to be both broader and flatter. This is either an optical illusion, parts for a variation in bulge styles, or a poor approximation of the prototype. The documentation gives no clue.

Another interesting point is that the two variations shown on the second page of the instruction sheet are labelled "engines Jumo 211 first version" and "engines Jumo 211 later version" respectively. I'm still confused about whether "first" and "later" refer to different versions of the Jumo engine (and hence cowling) or the A-1 and A-4 releases of the kit. This confusion is frustrating and unhelpful, especially since it could easily have been circumvented by less ambiguous instructions.

My best guess is that we're talking about 2 sets of alternative engine parts: one for the A-1 release of the kit (without additional cowling bulges), and the other for the A-4 release of the kit, featuring an alternative bulge style. While this ambiguity doesn't affect the quality of the parts per se, it's difficult to unreservedly recommend a set whose main purpose seems a bit mysterious. If anyone can shed some light on this, please contact me or leave a message in the forums.

If it's already clear to you what this set's purpose is, and you feel it would be a useful upgrade, then I can certainly recommend it on the quality of the parts alone.