Kagero | P-47 Thunderbolt with the USAAF in the MTO, Asia and Pacific

For me, the SMI Library series books from Kagero, represent great value for money, featuring great archive imagery from WWII regarding the chosen subject, many of which I’ve never seen before. Also included in every book, are great decals, printed by Cartograf of Italy, further enhancing the value of this series, as well as several marvelous illustrations of chosen and representative subjects, along with a choice few color photos.

This particular book (No. 07 in the series), depicts the ubiquitous Republic Aviation P-47 Thunderbolt (specifically the MTO, Asia, and the Pacific), and it’s chock full of representative material;… live in air shots, as well as many photos on the ground (sometimes wrecked all to heck), Rounding out this volume, is a rather nice collection of plan and profile color illustrations. Several notable detail shots appear, most notably under wing rocket tubes, as well as a nice bomb loading cradle and cluster weapons. Rocket tubes seem to be the order of the day in this volume, and one gets the impression they were used much more frequently in these theaters. 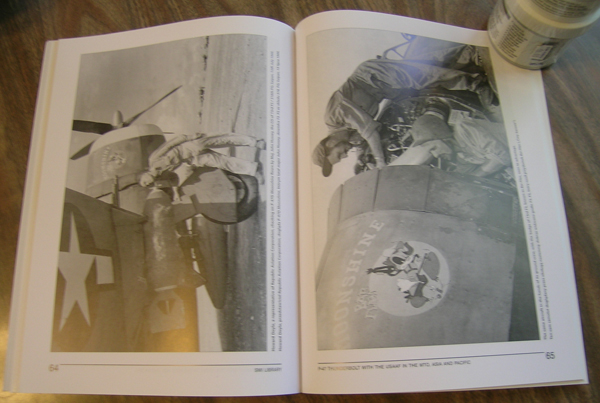 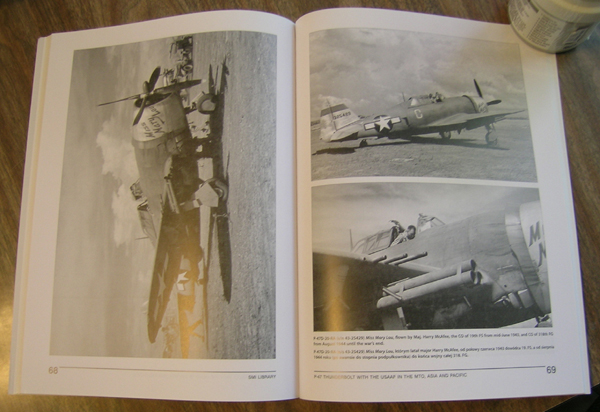 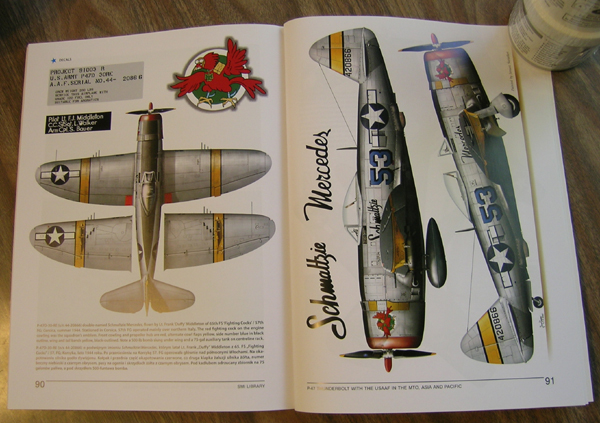 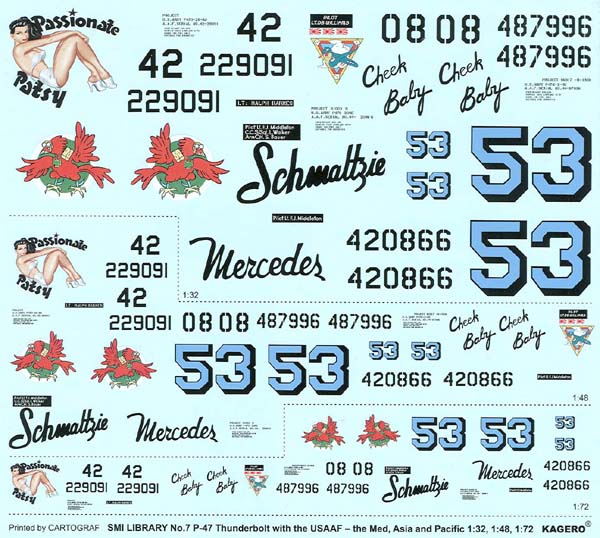 To me, the high point of these volumes (and this one is no exception), is a tossup between the great photographs (a few in WWII color), and the splendid decal sheets, the latter being selections of specific airframes depicted within the book itself.

For me to loudly proclaim that these books are a desirable addition to the aviation library, is nothing more than an honest appraisal of what I feel is the great value these books bring to the table.

Even if you have just a passing interest in “The Jug”, you can’t go wrong with the purchase of this book. You may just become a fan.

On a scale of 1 to 10, I’d rate this book as a 10, no question about it. There are currently two more volumes in the series that I don’t yet have (P-40 Warhawk and F6F Hellcat), but I’ll be adding them to my personal library as soon as I’m able, I enjoy them that much.