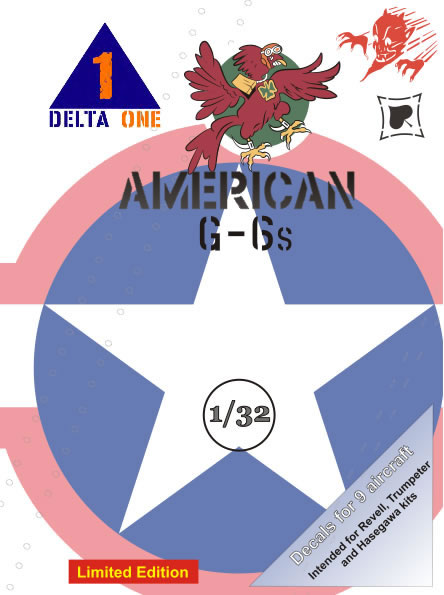 Delta One is a new decal provider out of Europe, aiming to fill gaps in the existing market. The set we're examining here is called "American G-6s", and features nine captured Bf 109G-6 aircraft in American schemes. Each scheme is accompanied by a paragraph or two of notes, and a painting guide consisting of a set of colour 3-view drawings.

The provided options are all quite interesting, varying from an olive drab over grey machine that resembles an early USAAF colour scheme, to a natural metal option complete with spurious Luftwaffe insignia. The details for each option, as provided in the instructions, are as follows:

The decals themselves are provided on two small sheets, and are very nicely printed. Colour density and registration are both very good. No printing house is given, so they appear to be an in-house production. They're traditional screen-printed decals however, and not laser, inkjet or ALPS printed. 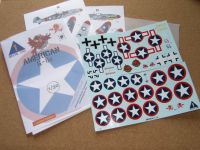 There is almost no excess carrier film surrounding the national markings, while by contrast the smaller decals exhibit quite a bit of it. Normal decal preparation and application procedures should prevent that from being an issue, but you can always trim them more closely if you have any concerns.

Since Delta One is a previously unknown brand, and no printer is nominated anywhere in the package, I thought it might be pertinent to put these decals through their paces and apply them to a model. Predrag from Delta One had kindly sent along the 1/48 and 1/72 versions of this set (note: these are available separately, and not normally included in the 1/32 package), so I decided that a quick build of Hasegawa's venerable 1/48 Bf 109G-6 kit would provide a suitable subject.

I was fascinated by the natural metal option, so I chose scheme #9, Messerschmitt Bf109 G-6/R3, WNr. 160756 (see above for details). It took me much longer to reach the decalling stage than I had initially envisaged, which delayed this review somewhat, but the photo below shows the model with painting complete and awaiting decals: 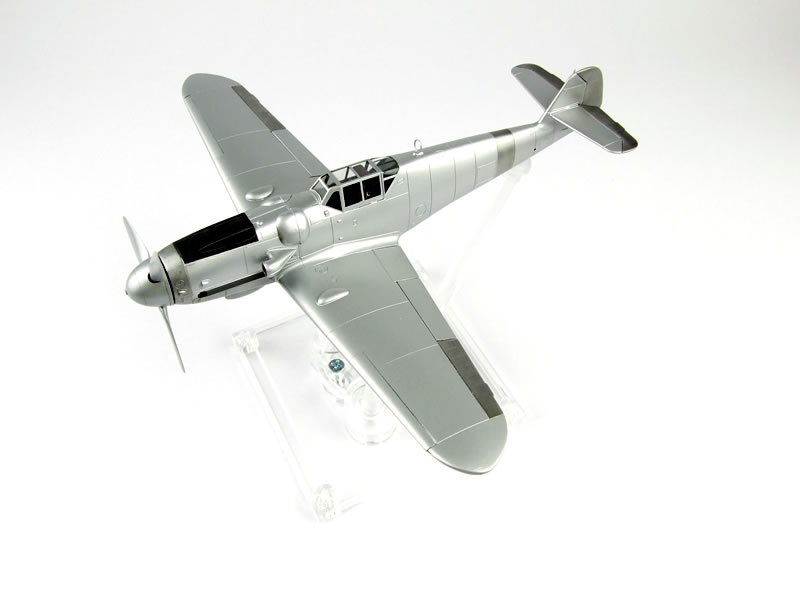 There are very few decals involved in this scheme, so the process was quick and relatively painless. The decals were soaked for a couple of minutes in tepid water, into which I had added a drop of dish-washing detergent. Each marking slid off its respective backing paper with ease, with no signs of gripping, tearing or folding. The model's surface was prepared by brushing some of the same slightly soapy water onto it; no decal setting solution was used.

Some decals like to grip a model's surface as soon as they hit it, but these from Delta One were quite happy to be moved around until the correct position was located. If anything, they could stand to be slightly more grippy, but I certainly prefer 'not quite enough' to 'too much'. Here's the model with all the decals applied: 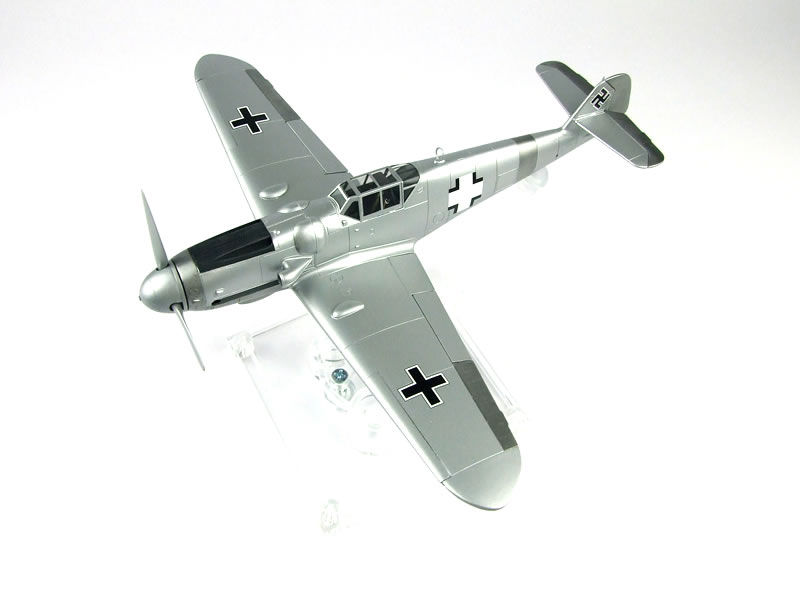 It makes for quite a striking and unusual 109! As you can see in the photo below, no carrier film is evident on the model: 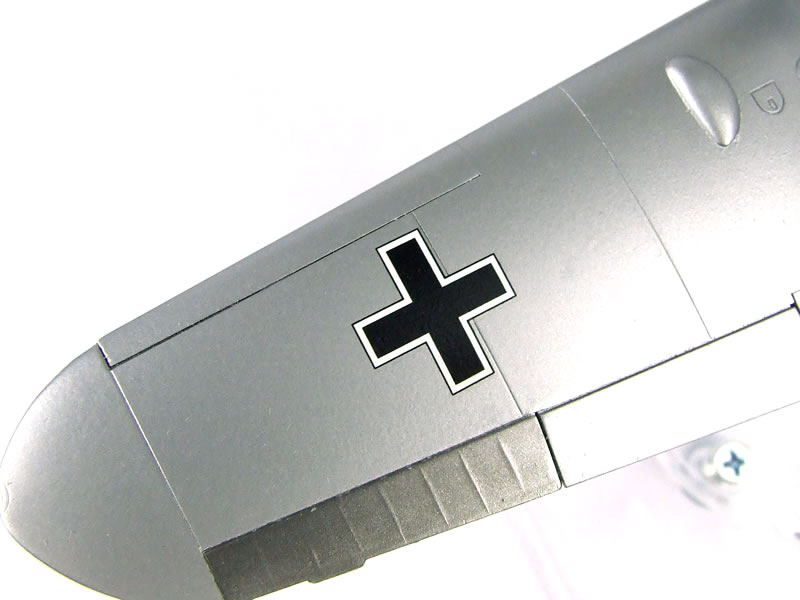 The decals were treated to a light application of Micro Sol, and the model set aside overnight. This seems to have had little impact however, as the decals didn't really settle into the panel lines to any noticeable degree: 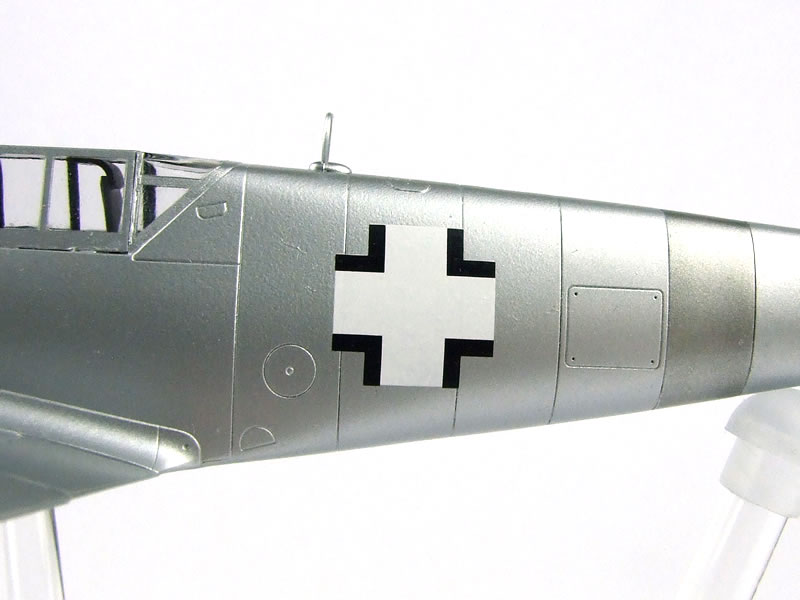 Time constraints prevented me from testing the decals with a stronger solvent, such as Mr Mark Softer, so I can't make any comments about whether such products might be more effective. My bottle of Micro Sol is also getting quite old, and has perhaps lost some of its potency.

With a very interesting and unusual selection of colour schemes, and a decal product that behaves well and is easy to use, I can highly recommend this set to anyone looking to produce a Bf 109 that's a little out of the ordinary.

The Delta One website had not been launched at the time of writing this review, but enquiries can be made via email at delta1decal@gmail.com.

Thanks to Delta One for the review sample.